Doha, Qatar – March 01, 2019 – Bertram Allen (IRL) pulled off a mind-blowing  speedy performance to win yesterday’s headline €145,800 jump-off class CSI 5* at Al Shaqab’s magnificent arena in Doha. It was a blistering tiebreaker featuring 16 combinations and it all came down to precision and speed […]

Bertram Allen (IRL) and Christy JNR scorched the sand on their way to winning the $100,000 Longines Speed Challenge CSI 5* on Saturday night, making it a second victory in the “fastest competition in the world” for the Irishman and sending the Hong Kong fans delirious. Bertram Allen […]

Bertram Allen (IRL) got the year started on the right track by won the Prix du Vainqueur, the award given to the Leading Rider at the end of four days of competition during the Longines CSI Basel 5*-W in Switzerland. The Irishman took home a CHF $20,000 BMW […]

Bertram Allen (IRL) and GK Casper were victorious in the CHF $30,000 Thermoplan AG Prize CSI 5* yesterday during the Longines CSI Basel 5*-W in Switzerland. The Irishman and the eleven year old Holsteiner gelding (Canto 16 x Quantum) registered a penalty-free lap in a time of 55.89 […]

Madrid In Motion were crowned the first-ever GCL Super Cup Champions yesterday after an epic afternoon of sporting drama, unprecedented pressure and historic prize money in one single showjumping competition. Riders, trainers and owners spoke of the ‘game-changing’ GC Prague Playoffs throughout the weekend, including Marcus Ehning (GER) […] 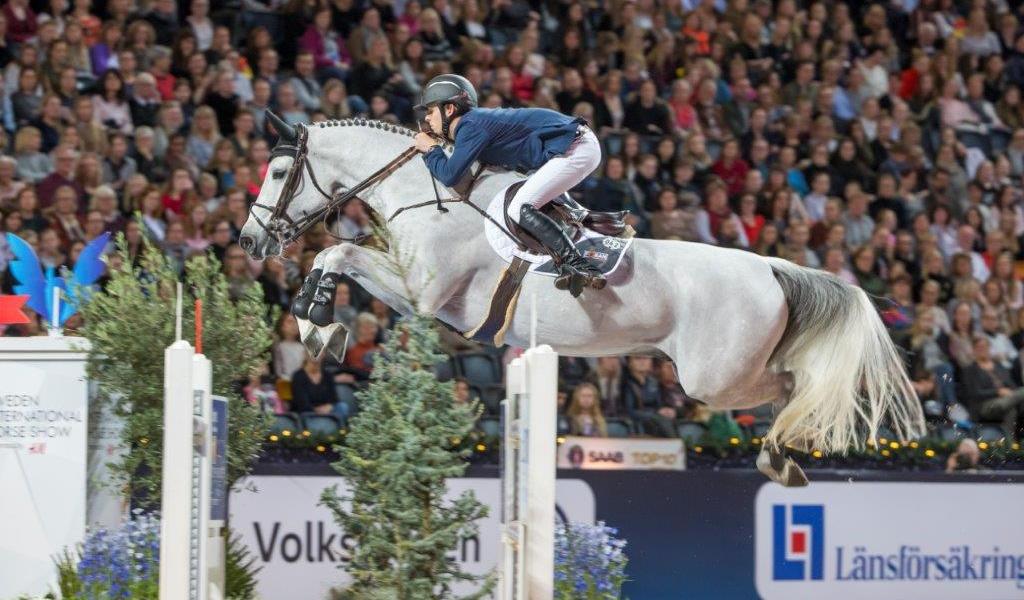 Winter has kicked in in both Europe and most parts of the North Hemisphere and the Jumping Indoor Maastricht CSI 4* is one of the many indoor shows of the season. A star-studded line-up of riders and their top horses have been confirmed for this year’s edition of […]

The stage is set for another thrilling edition of the Equita Longines – Le Salon du Cheval de Lyon CSI 5*-W in France. A very strong field of international riders and horses will soon be competing for Longines Rankings FEI points and lots of prestige and cash. The […]