Doha, Qatar – February 27, 2021 – Christian Ahlmann (GER) on Dominator 2000 Z reigned supreme against the best of the best in the spectacular €410,000 Commercial Bank CHI Al Shaqab Grand Prix CSI 5*, presented by Longines in the Longines Arena at Al Shaqab.   The German and the […]

Vejer de La Frontera, Spain – February 25, 2021 – For the third week in a row the incredible David Will (GER) and his 15-year-old Oldenberg gelding (Forsyth x Feuerwerk), Forest Gump 29 are the winners of the Thursday 1.50m, Big Tour class that kicks off the CSI […]

Vejer de La Frontera, Spain – February 21, 2021 – Today turned out to be one of the most important days of this week here at the second week of the Sunshine Tour, with two classes that were to be held tomorrow having been bought forward a day, […]

Vejer de La Frontera, Spain – February 14, 2021 – Grégory Bodo (FRA) was in charge of designing the first important 1.50m CSI 4* class of the 27th Sunshine Tour.  The French designer set up a challenging 1.50m speed course which many of the riders met with clear […]

Andre Thieme & Conacco Pull Out All the Aces to Win $150,000 Hits Grand Prix at Ocala

Ocala, Florida, USA – February 14, 2021 – The fourth week of the Hits Ocala Winter Circuit took place last week at the Hits Post Time Farm in Ocala, Florida, USA. With the halfway mark just around the corner, competition is heating up there, all leading up to the Great American $1 Million Grand […]

Wellington, Florida, USA – February 14, 2021 – Daniel Deusser (GER) felt the need for speed once again aboard Kiana Van Het Herdershof, owned by Stephex Stables, picking up a win in the $73,000 CaptiveOne Advisors 1.50m Classic for his second victory of the week on Sunday, February 14, in the […]

Wellington, Florida, USA – February 12, 2021 – Hot off his grand prix win on Sunday during the fourth week of the 2021 Winter Equestrian Festival (WEF), Daniel Deusser (GER) jumped back into the winners circle in WEF 5, this time aboard Kiana Van Het Herdershof, owned by Stephex […]

Vejer de la Frontera, Spain – February 11, 2021 – The first Medium and Big Tour classes took place on Thursday at the 27th Sunshine Tour and German riders were at the top of their game across the board.  The first Big Tour C class had 57 entries competing on the pristine “David […]

Hamburg, Germany – The disappointment on all sides was huge that in 2020 the Hamburg Derby (Deutsches Spring- und Dressur-Derby Hamburg), presented by IDEE KAFFEE, could not take place as usual on the 100th birthday of all things, but had to be reduced to a virtual version. The […]

Riesenbeck, Germany – February 08, 2021 – From Ludger Beerbaum‘s point of view, the formation of the new Global Equestrian Group – which includes the companies Helgstrand Dressage (Denmark) and Ludger Beerbaum Stables – and which is supported by the independent private equity investment company Waterland, offers enormous […]

Vilamoura, Quarteira, Faro, Portugal – February 05, 2021 – Finja Bormann (GER) and Clippo 3 were supreme on Friday, claiming victory in the €25,700 Longines Ranking Jump-off Challenge CSI 3* during the third week of the Vilamoura Atlantic Tour at the Vilamoura Equestrian Centre. The 2020 German Ladies […] 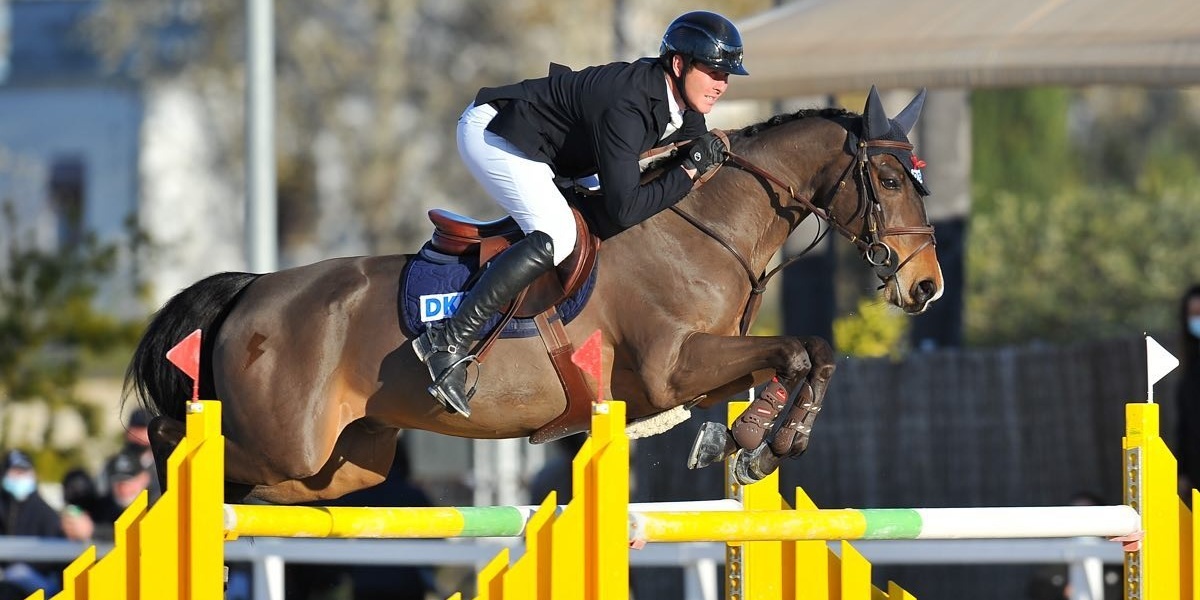 Oliva Nova, Spain – January 28, 2021 – David Will (GER) and Forest Gump 29 were back in the winner’s circle again on Thursday during the third week of Spring MET I at the Mediterranean Equestrian Tour. The dynamic won the main class of the week, the €26,400 […]

Oliva Nova, Valencia, Spain – January 24, 2021 – The second week of the Mediterranean Equestrian Tour came to an end on Sunday and it was Christian Kukuk (GER) and Checker 47 who claimed top honors in the feature class of the week, the €51,950 Oliva Nova Beach […]

Salzburg, Austria – January 23, 2021 – It was an Olympic, world and European champion in eventing stole the spotlight on Saturday during second week of the Neuro Socks Amadeus Horse Indoors CSI 4* & 2* at the Salzburg Arena. The main competition was the championship of Salzburg […] 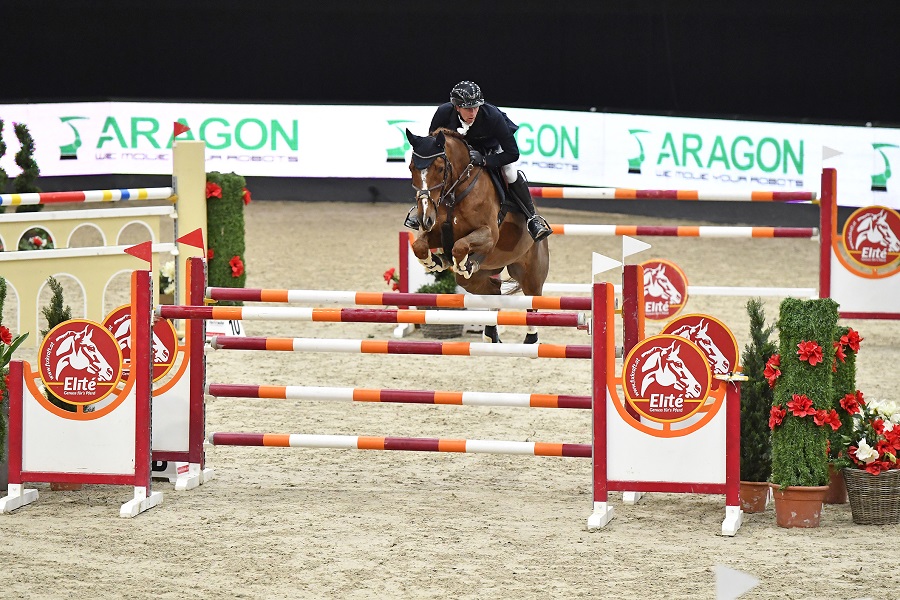 Salzburg, Austria – January 22, 2021 – For the second day in a row Felix Haßmann (GER) and Balance were victorious at the Neuro Socks Amadeus Horse Indoors CSI 4*. Forty-five couples entered the starting list of this 4-star jumping competition for the Auto Pichler Prize CIS 4* , […]

Oliva Nova, Valencia, Spain – January 16, 2021 – It was a great week for German riders at the Mediterranean Equestrian Tour‘s Spring MET I! Being one of the most traditional nations in equestrian sports, the “Bavarians” did not disappoint, claiming the top three spots in Saturday’s feature […]

Oliva Nova, Spain – January 14, 2021 – David Will (GER) and Forrest Gump 29 were the first big winners of the Mediterranean Equestrian Tour on Thursday, claiming top honors in the €25,500 Speed Challenge CSI 2*. The German once again prevailed aboard the 14-year-old bay Oldenburg gelding […]

Leipzig, Germany – January 14, 2021 – The organizers of Partner Pferd Leipzig CSI 5*-W have issued a statement that the 2021 edition of the event has been cancelled due to the pandemic. Their official announcement states the following: Dear Fans of Partner Pferd, We have planned, fevered […]

Riyadh, Saudi Arabia – December 19, 2020 – The Diriyah Equestrian Festival (DEF) came to an end last Saturday at the Al Duhami Farm in the Saudi capital and it was Philipp Weishaupt (GER) and Coby 8 who claimed top honors in the final FEI-class of the two-week […] 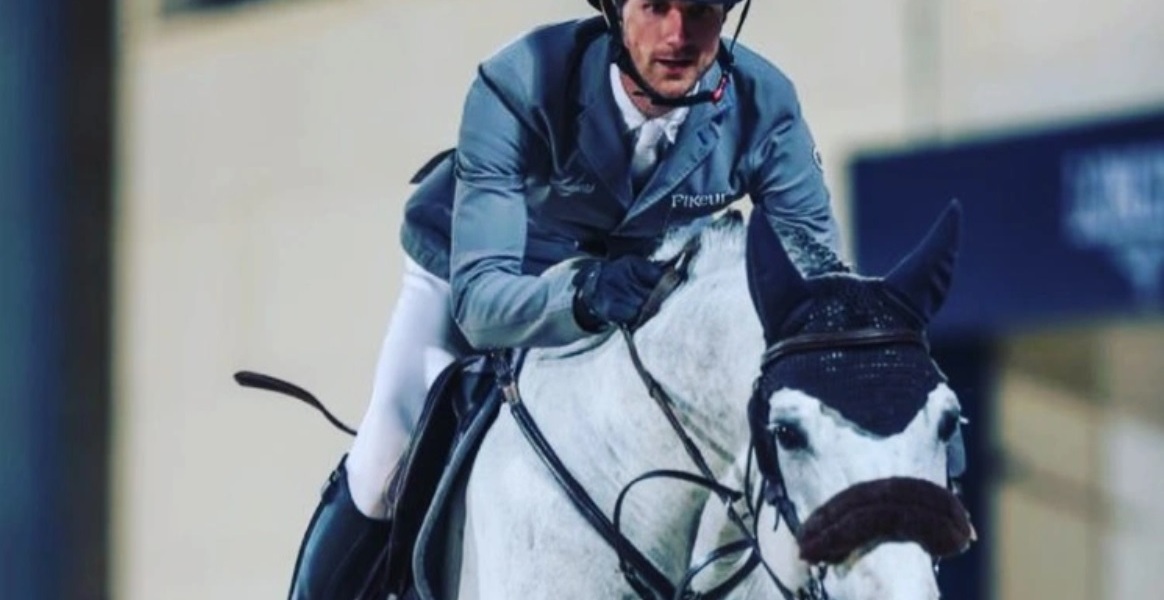 Riyadh, Saudi Arabia – December 18, 2020 – Germany and France have battled for the top placings the past few days of competition during the two weeks of the Diriyah Equestrian Festival (DEF) at the Al Duhami Farm in the Saudi capital. On Friday, it was Germany who claimed victory […]

Warendorf, Germany – December 17, 2020 – The German Equestrian Federation (Deutsche Reiterliche Vereinigung) has issued a press release announcing the riders and horses that were chosen as members of the Olympic and Perspective squads, representing the nation in official competitions. The following riders and horses were chosen […] 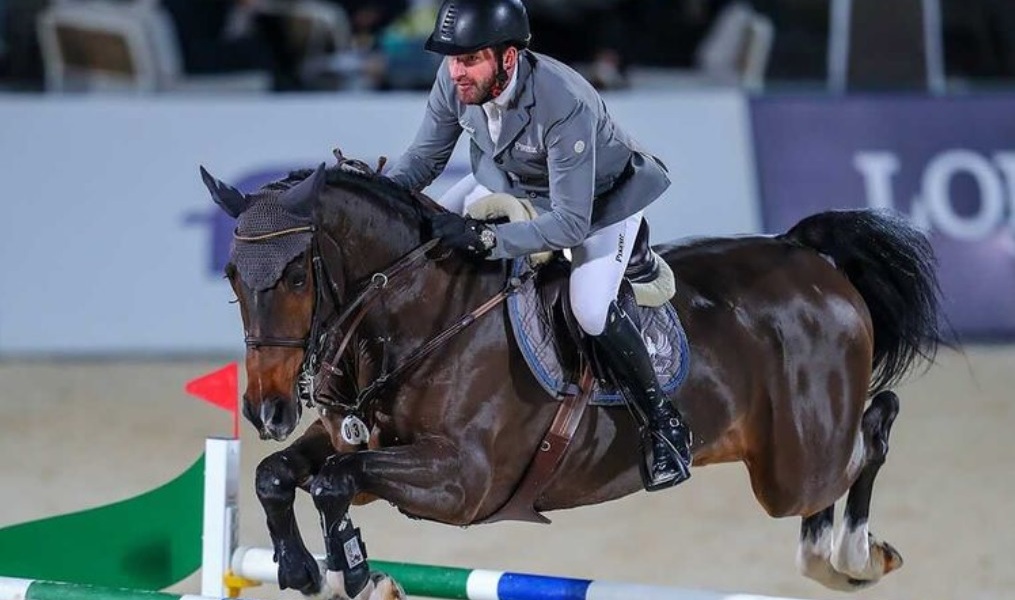 Riyadh, Saudi Arabia – The first week of the Diriyah Equestrian Festival came to an end on Sunday with Philipp Weishaupt (GER) and Coby 8 securing first place in the feature class of the day, $225,000 Saudi Ministry of Sport Prize CSI 4*, held at the at the […]

Again! Finja Bormann Flies to First to Claim U-25 German Championship at Riesenbeck

Riesenbeck, Germany – December 06, 2020 – Again and again Finja Bormann! The 24-year-old rider from the had a fabulous weekend in Riesenbeck. After having already won the German show jumping championship with her 14-year-old gelding, A Crazy Son of Lavina, the day before with three faultless rides […]

Riesenbeck, Germany – December 06, 2020 – Twelve German riders qualified for the final at the end of the International German Championships in Riesenbeck after two evaluation tests. One came into circulation as the last starter with a dream rating of 0.0 – and seconds later he should […]