Grimaud, France – September 18, 2022 – Victor Bettendorf (LUX) and Mr. Tac won the Hubside Store Grand Prix CSI 4*, presented by Indexia, the key event of this second week of competition at the Hubside Fall Tour. The rider, who is currently in top form, was a […]

Grimaud, France – September 18, 2022 – Starting in last position in the jump-off of the €25,500 Hubside Small Grand Prix CSI 4*, Laura Kraut (USA) and Bisquetta snatched victory from eleven other competitors who had qualified for the jump-off of the feature class on Saturday during the […] 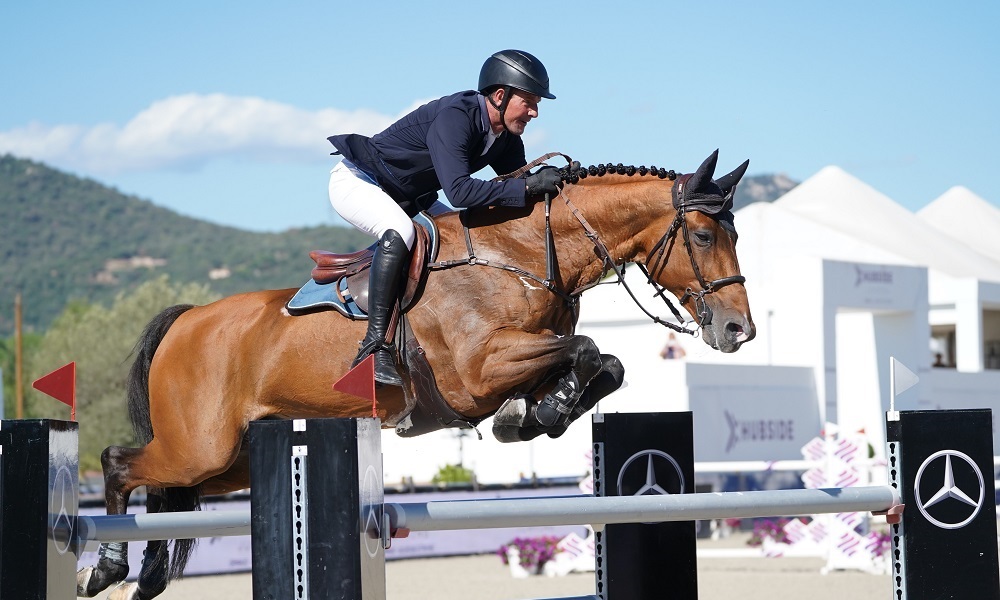 Grimaud, France – September 15, 2022 – The opening event of the CSI 4* of the Hubside Fall Tour, also the first event counting for the world ranking, crowned Britain’s Guy Williams (GBR) Thursday afternoon at Haras des Grillons. In the saddle on his faithful partner Rouge de […] 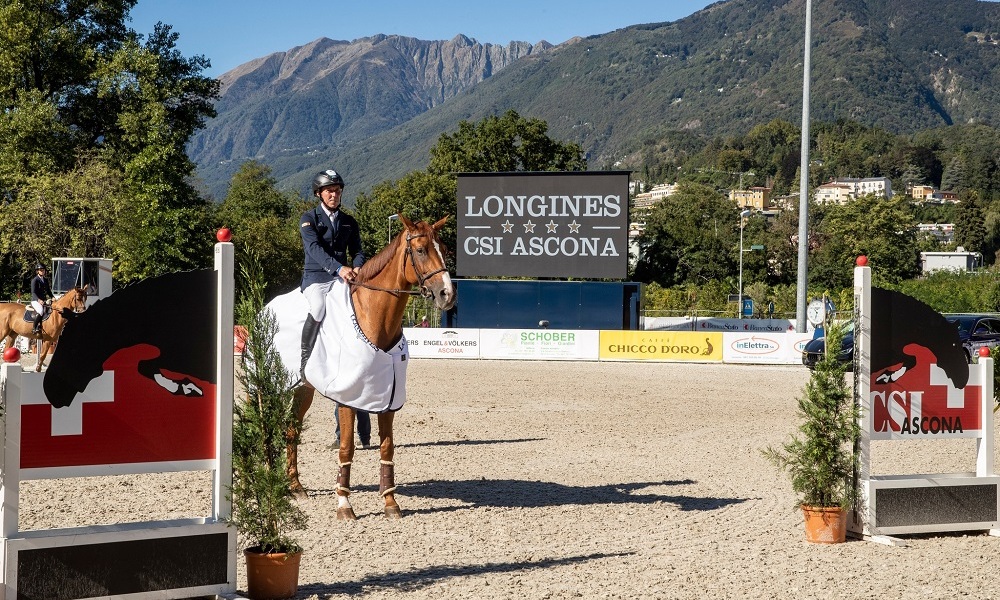 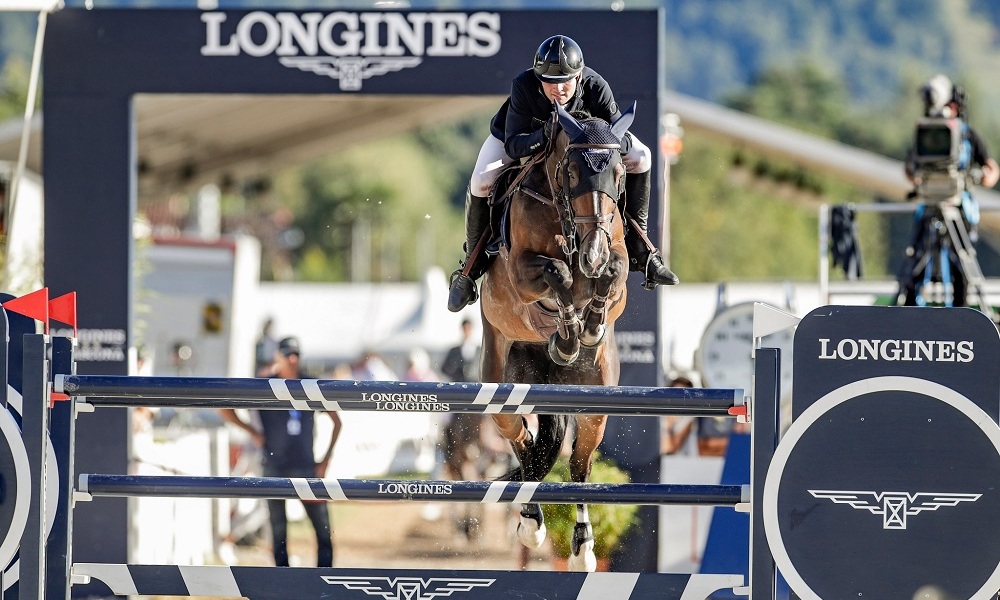 Bryan Balsiger at his very Best to Win the €100,000 Grand Prix Longines of Ascona CSI 4*

Ascona, Switzerland – September 11, 2022 – Bryan Balsiger (SUI) was at his very best on Sunday at the Longines CSI Ascona CSI 4*. The Swiss teamed up with Dubai du Bois Pinchet, powering their way to victory in the €100,000 Grand Prix Longines of Ascona CSI 4*. […]

Patrick Stühlmeyer & Drako de Maugre Power Past the Competition in the €100,200 Grand Prix of Holstein CSI 4*

Pinneberg, Germany – August 07, 2022 – Patrick Stühlmeyer (GER) and Drako de Maugre powered past the competition to win the €100,200 Grand Prix of Holstein CSI 4*, presented by the Grand Prix Club Hof Waterkant to conclude the CSI of Hof Waterkant. Fifty combinations lined up for the […]

Pinneberg, Germany – August 06, 2022 – Andreas Schou (DEN) has been on fire the past few week and the Danish rider secured another victory on Saturday, riding Granate to claim top honors in the €30,125 Championat of Itzehoer Versicherung CSI 4*. Fifty combinations took part in the […]

Pinneberg, Germany – August 05, 2022 – After a second place finish in the €30,500 DVAG Trophy CSI 4* the previous day, Philip Ruping (GER) was back on the podium, but this time one step higher after guiding Casallco to victory in the €52,600 Eickendorf Horses & MeyerZimmermann […] 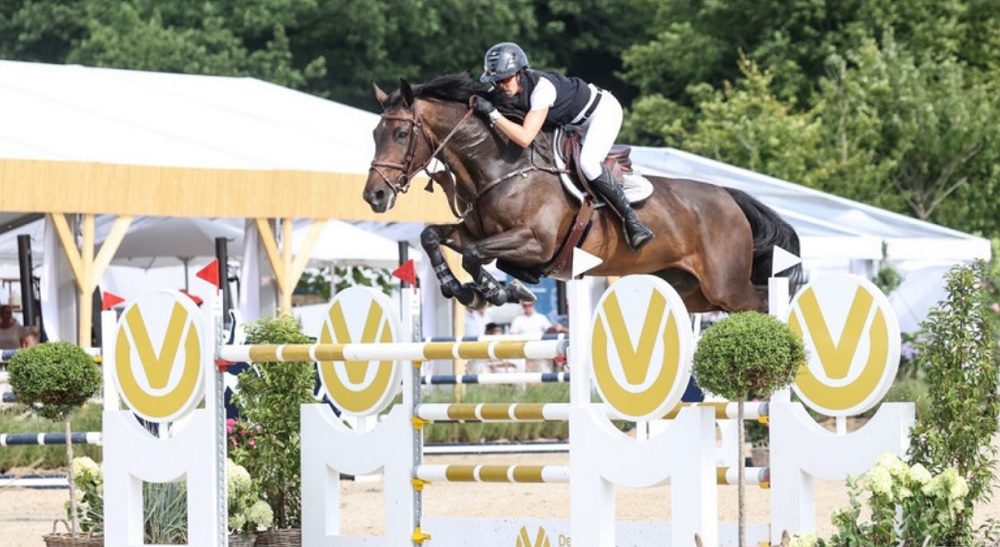 Valkenswaard, The Netherlands – July 30, 2022 – The second day of exciting action at Tops International Arena in Valkenswaard showcased the exceptional horse and rider talent across all sections in various classes on the grass and sand arenas. Sanne Thijssen (NED) won two classes on the same […]

Valkenswaard, The Netherlands – July 30, 2022 – The second day of exciting action at Tops International Arena in Valkenswaard showcased the exceptional horse and rider talent across all sections in various classes on the grass and sand arenas. It was Christian Kukuk (GER) who reigned supreme in […] 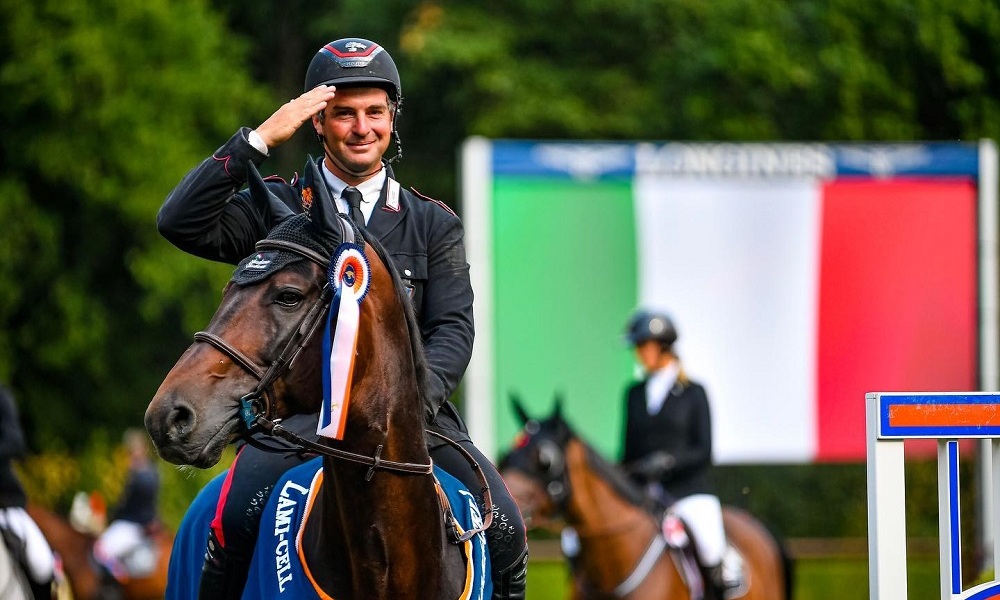 Valkenswaard, The Netherlands – July 30, 2022 – There was a wide range of nationalities joining the winner’s enclosure on the first day of the Summer Event CSI 4* & 2* at Tops International Arena. Italian speed merchant Emanuele Gaudiano (ITA) secured the lion’s share of Speed Challenge […]

La Coruña, Spain – July 15, 2022 – And they saved the best for last! The host nation got off to a great start last Friday at the 2022 summer edition of A Coruña – Casas Novas CSI 4* at Hipica Casas Novas and it was Alberto Marques […]

La Coruña, Spain – July 16, 2022 – What can one expect by having a horse called fame? Perhaps victories to fame and a lot of wine to celebrate them. That was exactly the case of Richard Howley last Saturday at A Coruña – Casas Novas CSI 4*. […]

La Coruña, Spain – July 17, 2022 – A great weekend of top sport came to an end on Sunday at Hipica Casas Novas and it was Sergio Álvarez Moya (ESP) and Alamo who claimed top honors in the feature class of the week, the €96,000 Casas Novas […]

Valkenswaard, Netherlands – July 09, 2022 – The second-day of action at Tops International Arena Summer Event Series once again offered great sport, beautiful weather and varied podiums with a mix of nationalities at the prize-giving ceremonies including familiar faces and new ones. One of the all-time greats […] 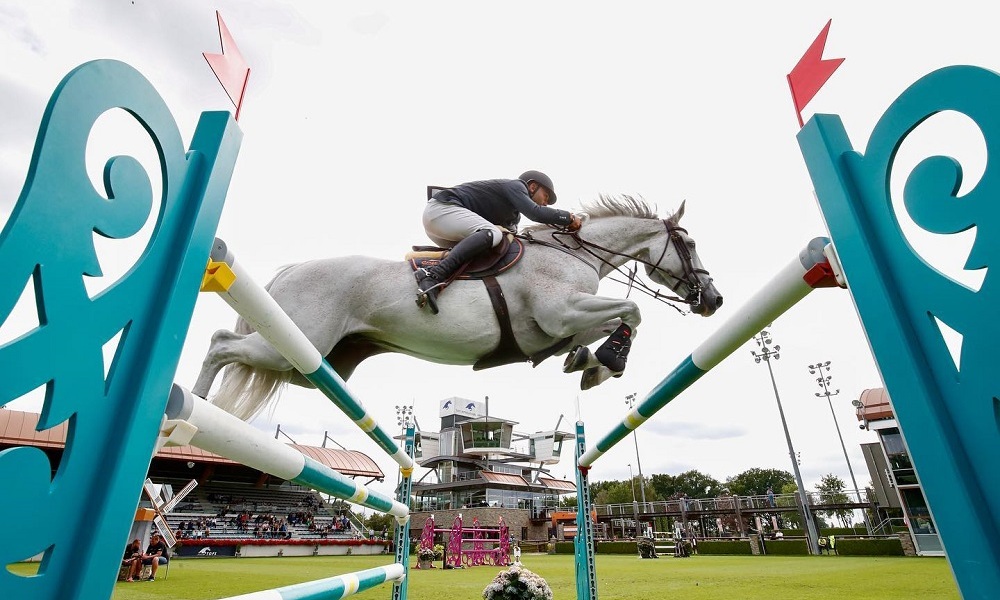 Valkenswaard, The Netherlands – July 10, 2022 – Ömer Karaevli (TUR) and Cheston de La Pomme d’Or Z flew to the top of the leader board of the €100,000 Grand Prix of Valkenswaard CSI 4* after an exciting ten-rider jump-off in the spectacular grass arena at Tops International […]

Valkenswaard, Netherlands – July 09, 2022 – The second-day action of the first summer event at Tops International Arena once again offered great sport, beautiful weather and varied podiums with a mix of nationalities at the prize-giving ceremonies including familiar and new faces. The biggest win of the […] 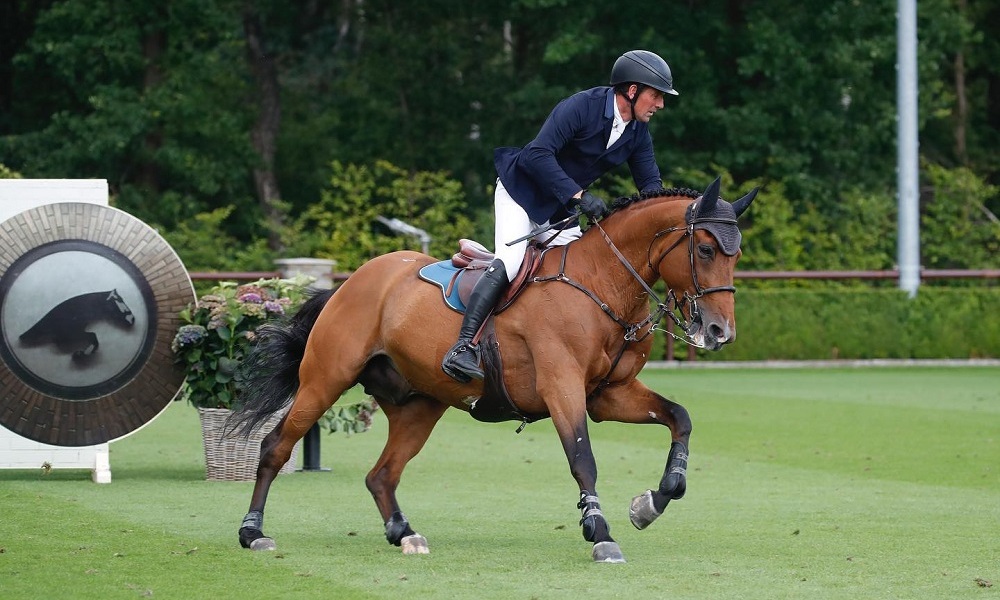 Valkenswaard, The Netherlands – July 08, 2022 – The first event of the 2022 season at Tops International Arena started in style. The grass was impeccable, the sun was shining brightly and the atmosphere was perfect – a great start to the busy season at the state-of-the-art facilities […] 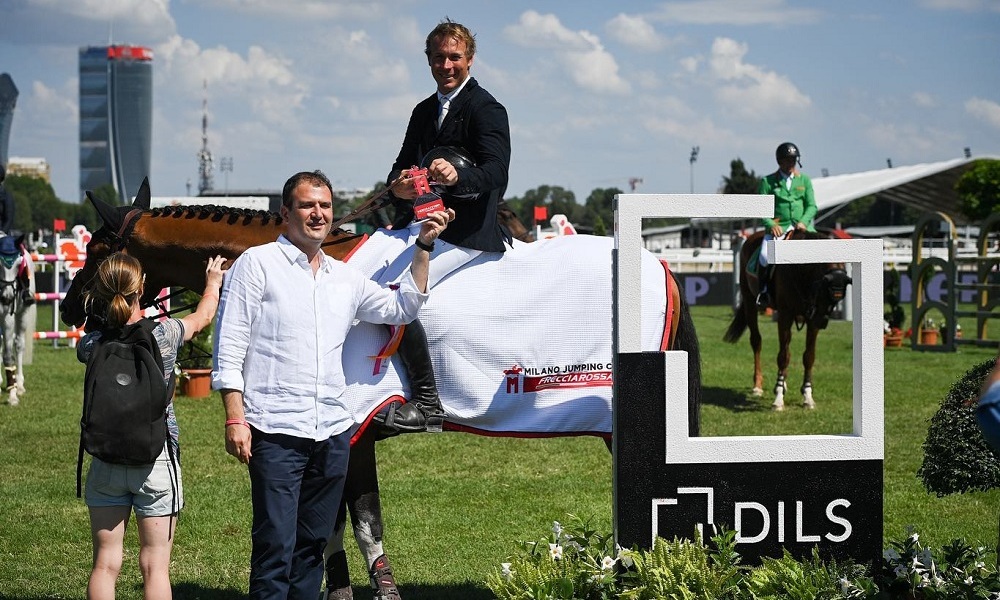 Milan, Italy – June 26, 2022 – Martin Fuchs (SUI) honored his position as number one in the FEI world ranking in the best possible way. At the San Siro Racecourse show he rode The Sinner to win the €100,000 Frecciarossa Grand Prix CSI 4* – Graziano Mancinelli Trophy (two […] 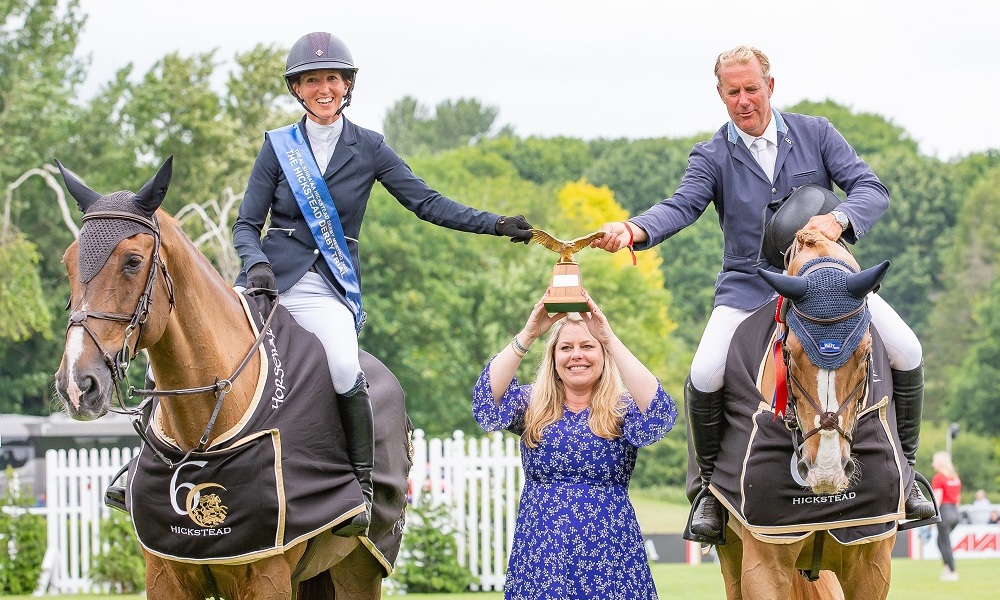 Hickstead, England – June 23, 2022 – Shane Breen (IRL) got the Al Shira’aa Hickstead Derby Meeting off to an excellent start, claiming the £8,000 Hickstead Derby Tankard CSI 4* on the opening day of the show. The Hickstead-based Irishman is no stranger to success at the All […] 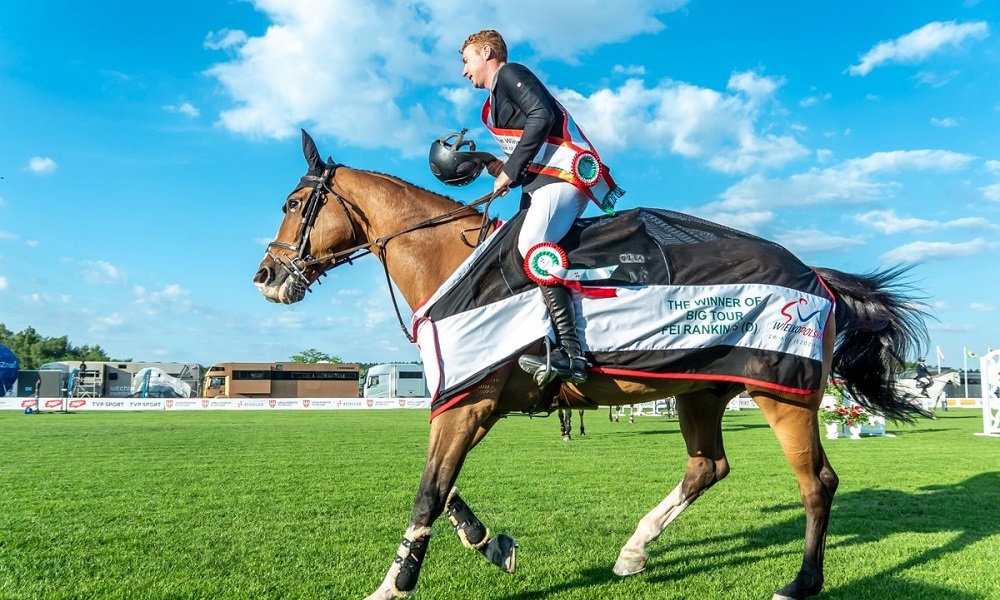 Poznań, Poland – June 16, 2022 – The winner of the biggest class of the first day of the 2022 edition of the 4Foulee – CHI Poznań  was Ireland’s Alexander Butler (IRL) with Eindhoven G.H.. The Longines Rankings competition, for the Equestrian Wielkopolska Prize CSI 4* and the […]