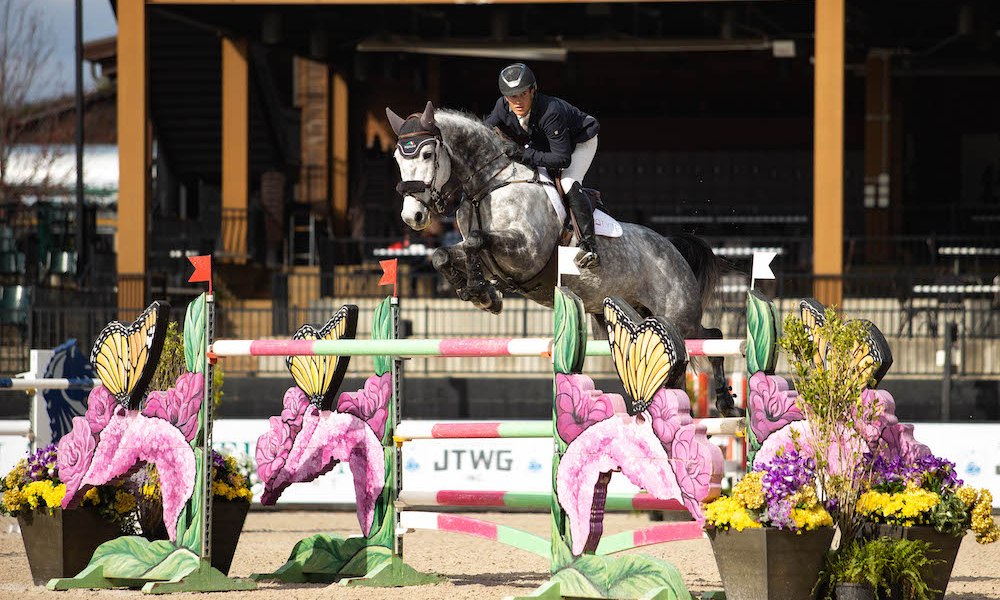 Riders & Horses for the Tryon CSI 3* 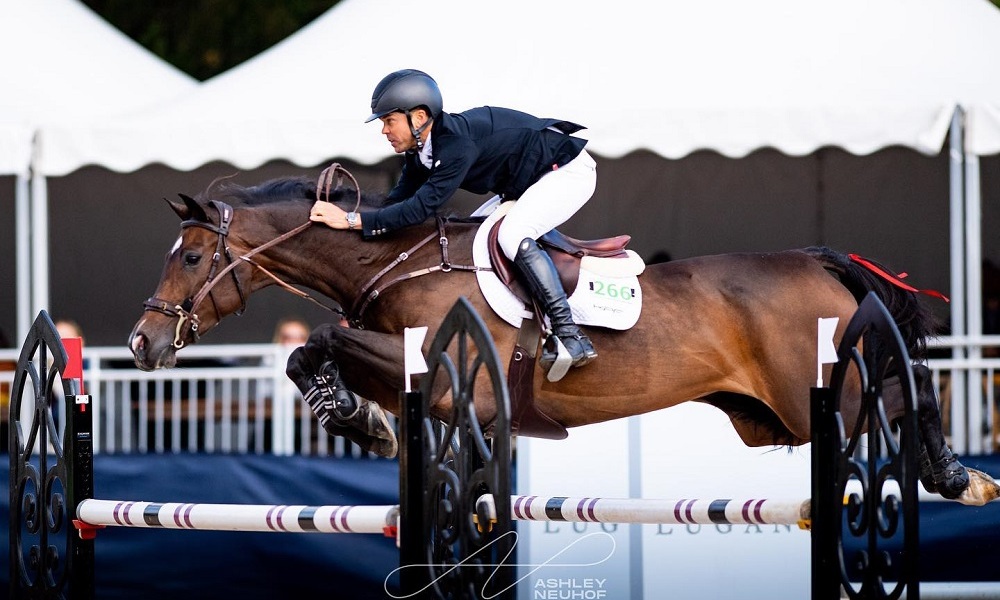 White Sulfur Springs, West Virginia, USA – October 17, 2021 – The inaugural ArenaMend Classic wrapped up its week of international-level competition with the largest event of the week – the $350,000 Lugano Diamonds Grand Prix CSI 5*. The event featured 30 of the best horse-and-rider combinations throughout […] 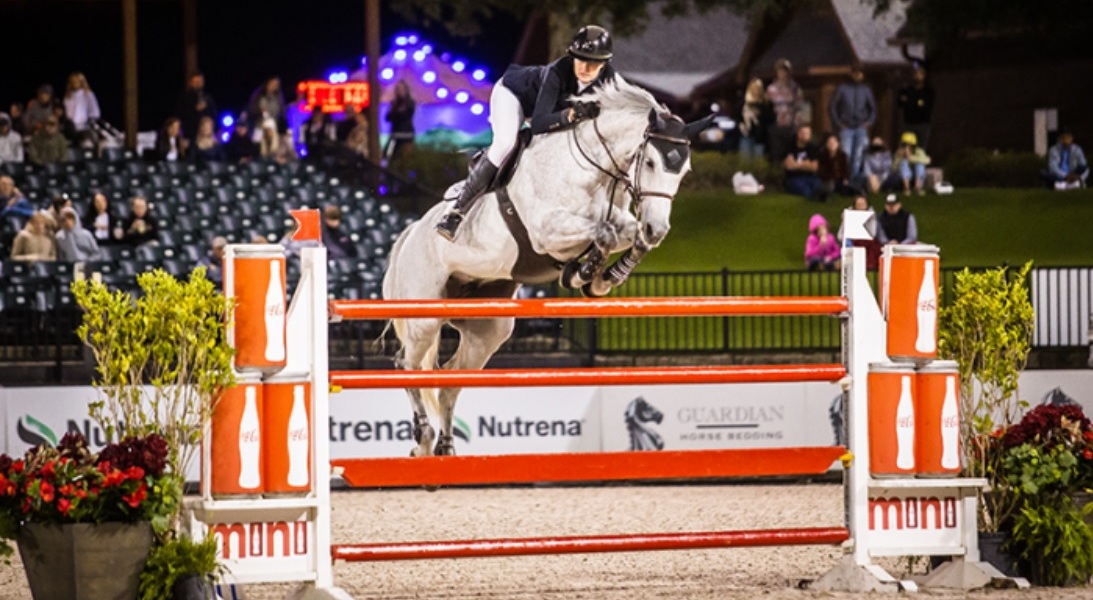 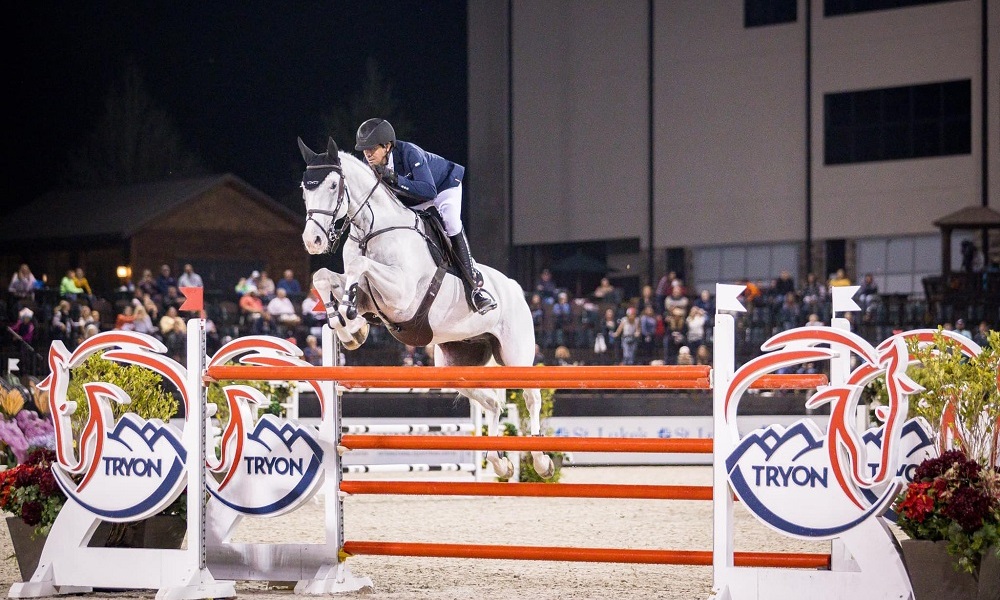 Mill Spring, North Carolina, USA – October 16, 2021 – It’s showtime for showjumping at the Tryon International Equestrian Center (TIEC) tonight with the running of the $137,000 Tryon Resort Grand Prix CSI 3*. Rodrigo Pessoa (BRA) has the advantage of going last in the first round, which […]

Wellington, Florida, USA – October 14, 2021 – Essex Classics will welcome a new organization to its family of charity apparel this fall, as the company’s “Green is the New Blue” ties made their debut at the 2021 Capital Challenge Horse Show in Upper Marlboro, MD. Essex Classics’ collection of […]

White Sulphur Springs, Virginia – October 11, 2021 – It’s showtime for showjumping this week at The Greenbrier Resort! Tradition, luxury, history, top horsepower combined with the best of amenities and sports activites, that’s what you can expect at one of America’s most iconic resorts as the inaugural […]

Wellington, Florida, USA – October 4, 2021 – Kevin Babington (IRL) continues to make progress month-by-month. The commitment to his daily physical therapy and frequent stem cell and other medical interventions continues at a torrid pace. At no point has Kevin’s self-expectations been anything less than dramatic. As I’ve frequently said, the […]

Links to Streaming Feeds of All Major Events this Week

Sacramento, California, USA – October 06, 2021 – The 2021/2022 Longines FEI Jumping World Cup is on this week during the Sacramento International Horse Show CSI 4*-W at the Murieta Equestrian Center. After winning the first qualifier at Thunderbird Show Partk, Conor Swail (IRL) is back in pursuit […] 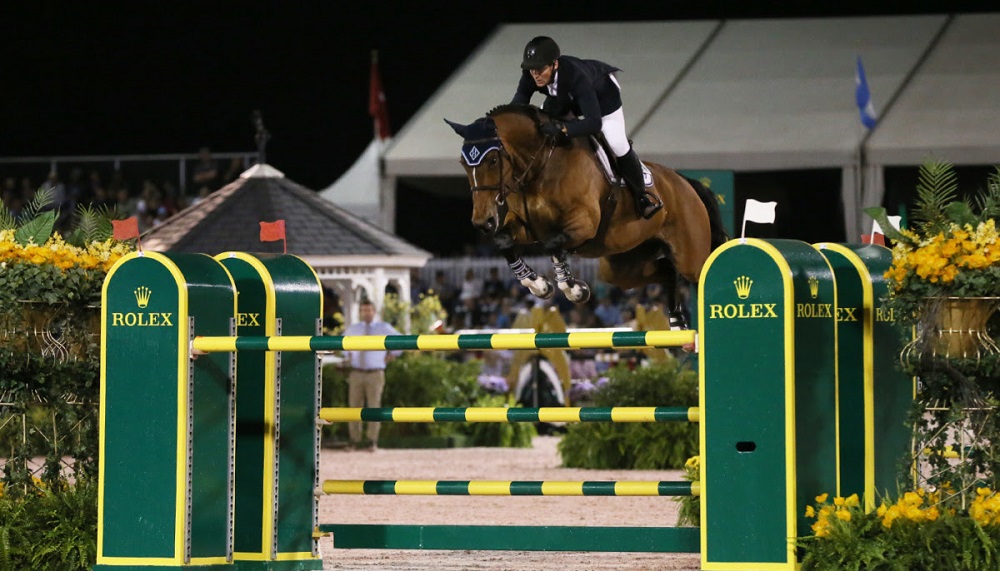 Greenwich, Connecticut – October 05, 2021 – An individual Olympic gold medalist, three World Cup Champions and a pair of World Equestrian Games gold medalists are among the impressive lineup of athletes set to contest the inaugural CSI Greenwich Presented by ShowPlus® at the Greenwich Polo Club in Greenwich, […] 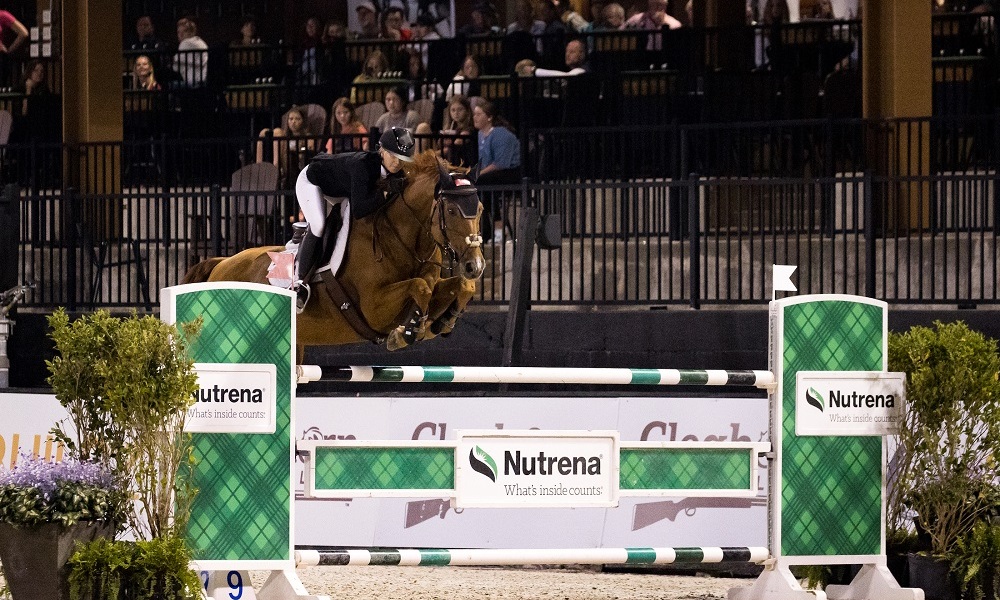 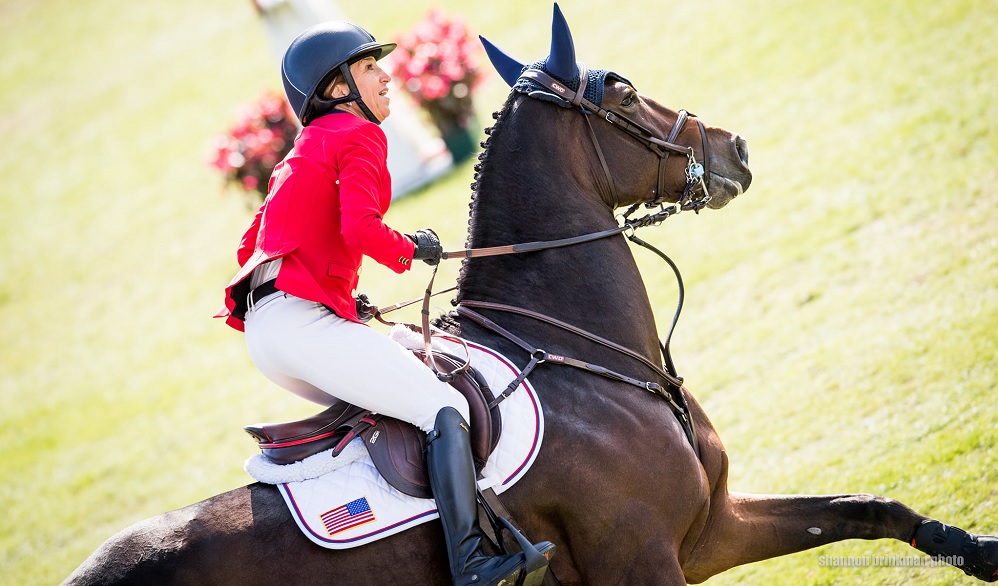 Meet the Next Generation: Questions & Answers with Brian Moggre

What are you hoping to achieve between now and the end of the year? I really am hoping to have a great week this week at CHIO Aachen. This horse show is one I’ve dreamed of coming to for years, so to have a really great week would […]

San Juan Capistrano, Canada – September 26, 2021 – Laura Hite (USA) and Calypso VD Zuuthoeve put the final exclamation point on an exciting season at Blenheim EquiSports with victory in the $100,000 Interactive Mortgage “Ticket to Ride” Grand Prix on September 25. Held as the grand finale of the three-part […] 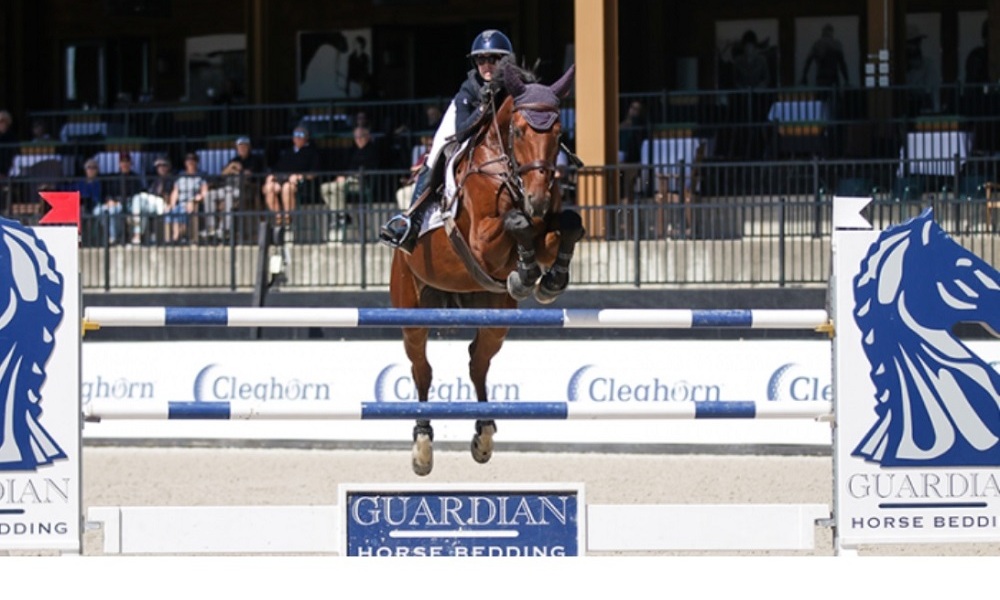 Devon, Pennsylvania – September 18, 2021 – The stadium surrounding the Dixon Oval at the Devon Fall Classic was packed with spectators from near and far in anticipation of the weekend’s highlight event, the $25,000 Devon Fall Classic Grand Prix. With the high energy of the night, Kaitlyn Williams […]

Aachen, Germany – September19, 2021 – Before the fences get really high and wide this afternoon in the Rolex Grand Prix CSIO 5*, the visitors were able to applaud the rider from the, Lillie Keenan (USA), for her victory in the €26,000 SAP-Prize CSIO 5*. Fences set at […] 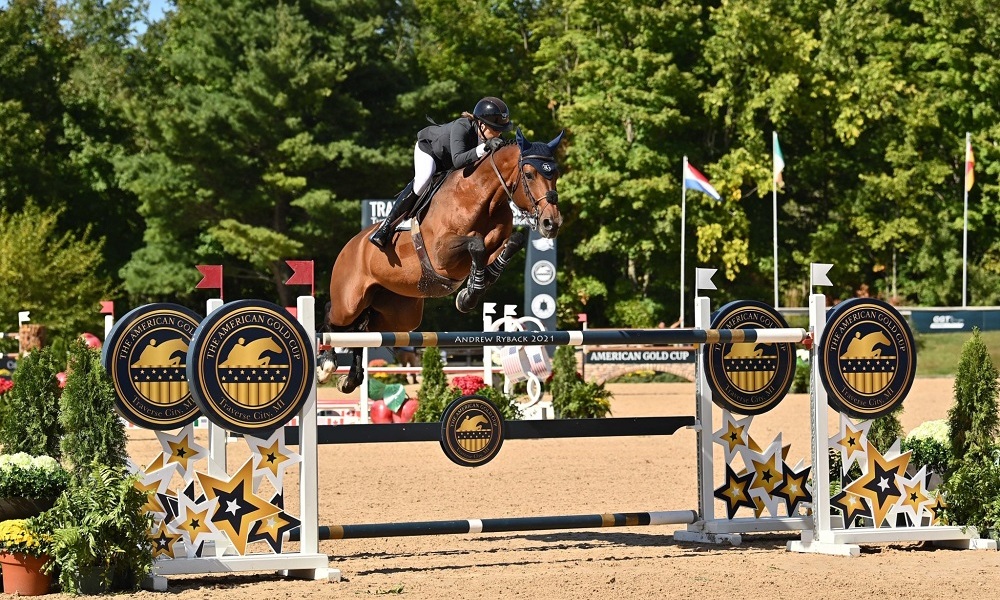 Traverse City, Michigan, USA – Sept. 18, 2021 – The celebration of the 51st Anniversary of the American Gold Cup took place Saturday, September 18, the pinnacle event to 12 weeks of show jumping competition in Traverse City. Returning for the second year in a row, the most thrilling […]

Aachen, Germany – September 19, 2021 – It’s Super Sunday and showtime for the best showjumpers onin the world during the 2021 edition of the CHIO Aachen. A total of 40 combinations, representing 15 nations are about to enter the ring in pursuit of glory & gold in […]

Traverse City, Michigan – September 17, 2021 – Major League Show Jumping (MLSJ) competition came to a pinnacle in Traverse City Friday, September 17, as the fifth leg of the exciting tour saw its eight teams fight it out for a portion of the $6+ million dollars in prize […] 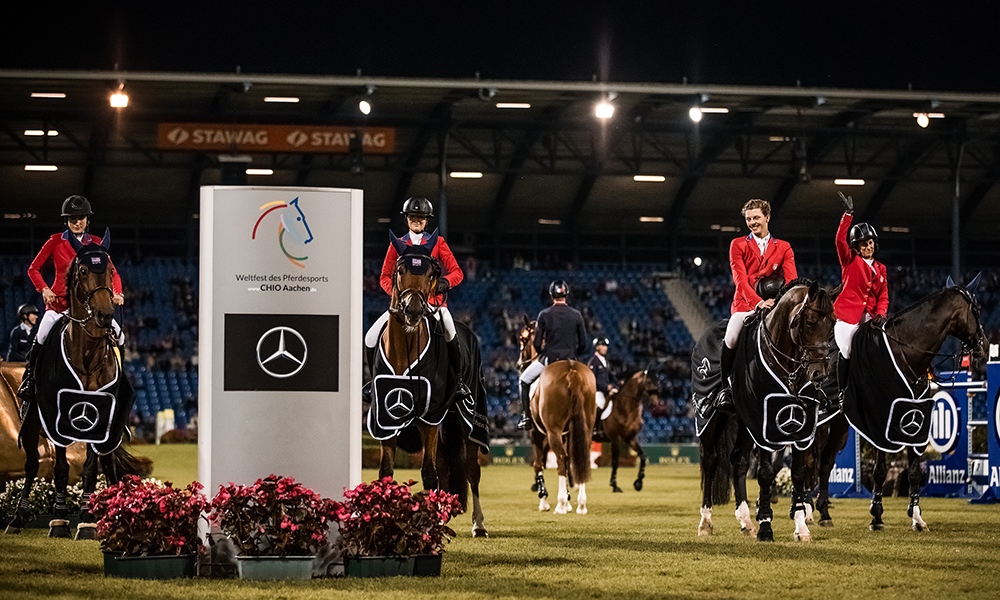 “Power of Youth” Propels the United States to Victory in €1,000,000 Mercedes-Benz Nations Cup CSIO 5* at Aachen

Aachen, Germany – September 16, 2021 – What an evening in the Mercedes-Benz Nations’ Cup 2021! An outstanding US team with three newcomers, a fall for the German team and a hot pursuit by the French team turned the Thursday evening at the CHIO Aachen into a nail-biting affair. […]

Traverse City, Michigan – September 16, 2021 – Show jumping competition during Week III of the Traverse City Tournament of Champions continued Thursday, September 16, bringing a star-studded list of athletes and their mounts back to the Flintfields Horse Park for a final week of sport. A total of […] 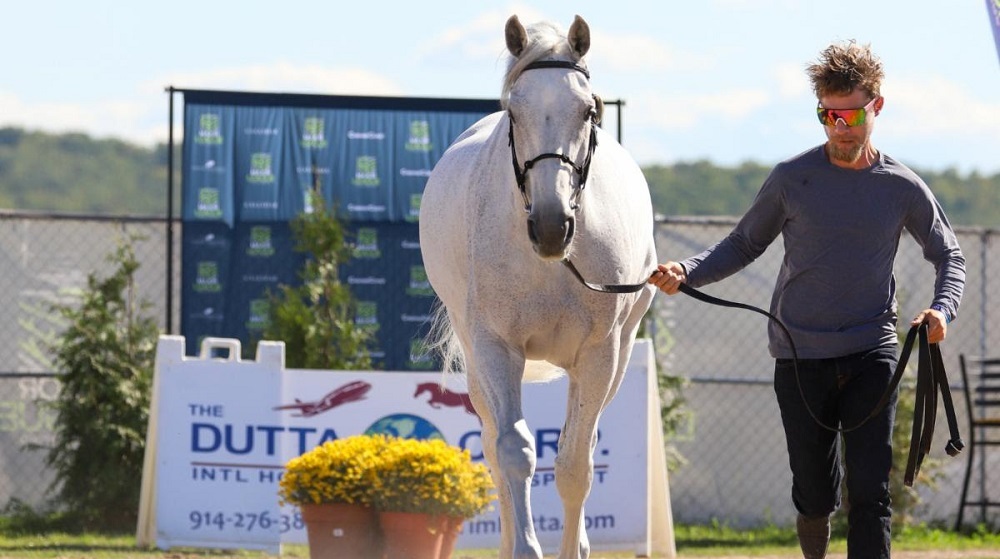