Geneva, Switzerland – December 15, 2019 – Martin Fuchs (SUI) and Clooney 51 mastered all the obstacles and the competition to win the $1,200,000 Rolex Grand Prix CSI 5*, the fourth jewel of the Rolex Grand Slam of Showjumping today during the CHI of Geneva 5*. Course designers […]

‘s-Hertogenbosch, The Netherlands – March 15, 2019 – It was another night of crowd-pleasing entertainment in the Brabanthallen, as Maikel van der Vleuten (NED) and Dana Blue took the victory in the €75,500 Audi Prize CSI 5*, the second Rolex Grand Prix qualifier. The Dutch maestro produced an […]

Brabanthallen, ‘s-Hertogenbosch, The Netherlands – March 15, 2019 – The first qualifier for the Rolex Grand Prix kicked off in style with Dutch rider Leopold van Asten (NED) and VDL Groep Beauty clinching a home win in the €62,000 VDL Groep Prize, much to the delight of his on-looking sponsor. […]

Aachen, Germany – July 22, 2018 – The second Major of 2018 has been won by Germany’s Marcus Ehning riding Pret A Tout, as horse and rider produced three exceptional clear rounds in the highlight of CHIO Aachen, the Rolex Grand Prix. Second place went to Luciana Diniz […]

Marcus Ehning’s performance today in the €1,000,000 Rolex Grand Prix CSI 5* at the CHIO Aachen 2018 wasn’t just the ride to victory. It was a demonstration of wonderful show jumping, fantastic advertising for the equestrian sport and also to an extent due to the support of the […]

The first equestrian Major of the year has been won by Niels Bruynseels (BEL) riding Gancia de Muze. Second place went to Marcus Ehning (GER) riding Cornado NRW and third place to Harrie Smolders (NED) riding Emerald. The bright lights of the Brabanthal illuminated the stage for the […]

The CHI de Genève 5* came to a close this afternoon in Switzerland and the curtain call couldn’t have been more exciting. Forty of the world’s best combinations faced a forward but very challenging course in the first round of the $1,200,000 Rolex Grand Prix, the third jewel of the Rolex […] 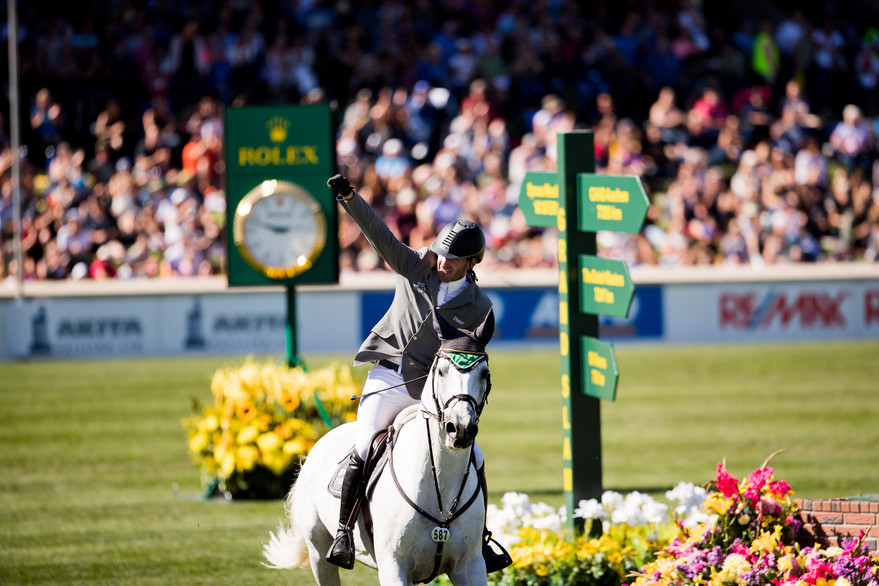 The Rolex Grand Slam of Show Jumping of is returning to Switzerland for the last Major in the year: The best show-jumpers in the world will be competing against each other from December 7th-10th at the CHI de Genève 2017. An interview with the current Grand Slam contender, Philipp Weishaupt @ Philipp Weishaupt, who will […]