Gorla Minore, Italy – November 21, 2020 – Paolo Paini (ITA) and Chaccolie gave the host nation the win in the €25,500 Speed Challenge this Saturday during the Equieffe Winter Classic at the Equieffe Equestrian Centre. The Italian and the 10-year-old grey Mecklenburg mare (Chacco-Blue x Cellestial) completed […]

Verona, Italy – October 27, 2020 – The organizers of the traditional Fieracavalli di Verona have issued a statement announcing the cancellation of the edition of the event this year. Their announcement on Facebook states the following: “In light of the constraints imposed by the DPCM (Decree of […]

Grimaud, France – October 17, 2020 – After registering the fastest time in the Hubside Speed Challenge CSI 4* on Thursday, yet not winning due to having one pole down, Emanuele Gaudiano (ITA) and Carlotta 232 were in pursuit of redemption. And that’s exactly what the fastest combination […]

Grimaud, France – October 08, 2020 – Emanuele Gaudiano (ITA) and Carlotta 232 were back in the winner’s circle once again at the Hubside Jumping de Grimaud. The lightning fast duo claimed victory in the feature class of the day, the €25,400 Hubside Challenge CSI 4*. Riding the […]

Grimaud, France – September 10, 2020 – The Italian anthem was the main piece played on the opening day of the Hubside Jumping Fall Tour‘s CSI 4* & 2*. Emanuele Gaudiano (ITA) and Carlotta 232 did the honors for the Azzurri, leaving the competition in the dust in […]

Grimaud, August – August 29, 2020 – A “Showdown of the Fastest”, that’s what spectators witnessed yesterday afternoon as Julien Epaillard (FRA) and Emanuele Gaudiano (ITA) battled for the crown in the €30,000 Hubside Challenge CSI 5*. Gaudiano (ITA) and Carlotta 232 came out on top, laying down the […] 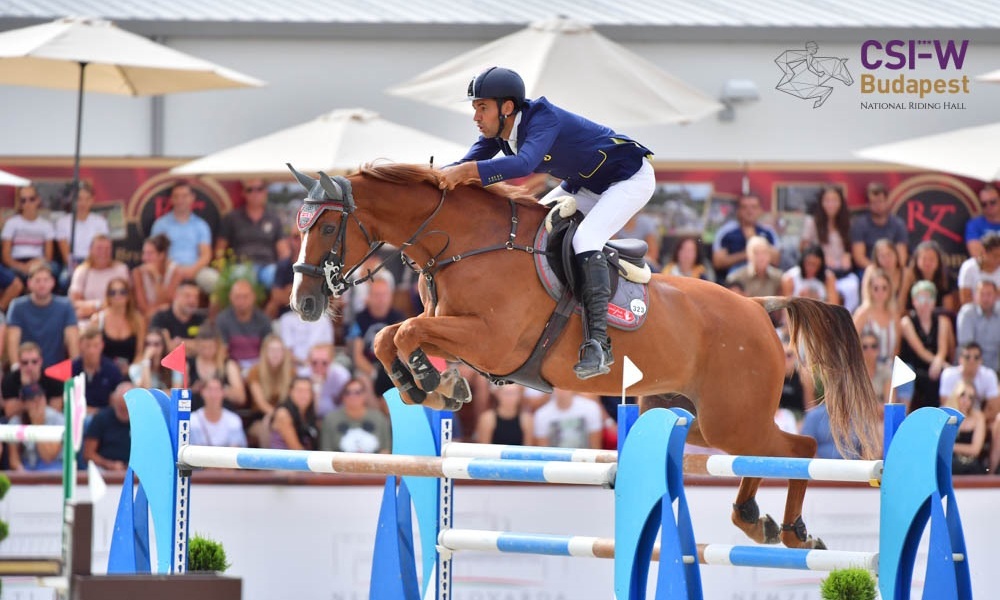 Budapest, Hungary – August 23, 2020 – Roberto Turchetto (ITA) and My Cool Passion claimed top honors in the featured event of the István Széchenyi Memorial at the National Riding Hall – Nezemti Lovarda. The main class of the week was the Grand Prix CSI 3*-W, a jump-off […]

Prague, Czech Republic – August 20, 2020 – Filippo Marco Bologni (ITA) and Diplomat were fast and clear to be claim the €28,448 Team Prague Trophy CSIO 3* yesterday during the first day of competition of the Prague Cup CSIO 3* at the Chuchle Arena Praha. Filippo and […]