Bordeaux, France – January 19, 2023 – For 50 years, the best riders in the world have rarely missed this show, starting with the world’s number one riders of each era. And this 50th anniversary edition will not be any different. The line-up promises to be fabulous and […] 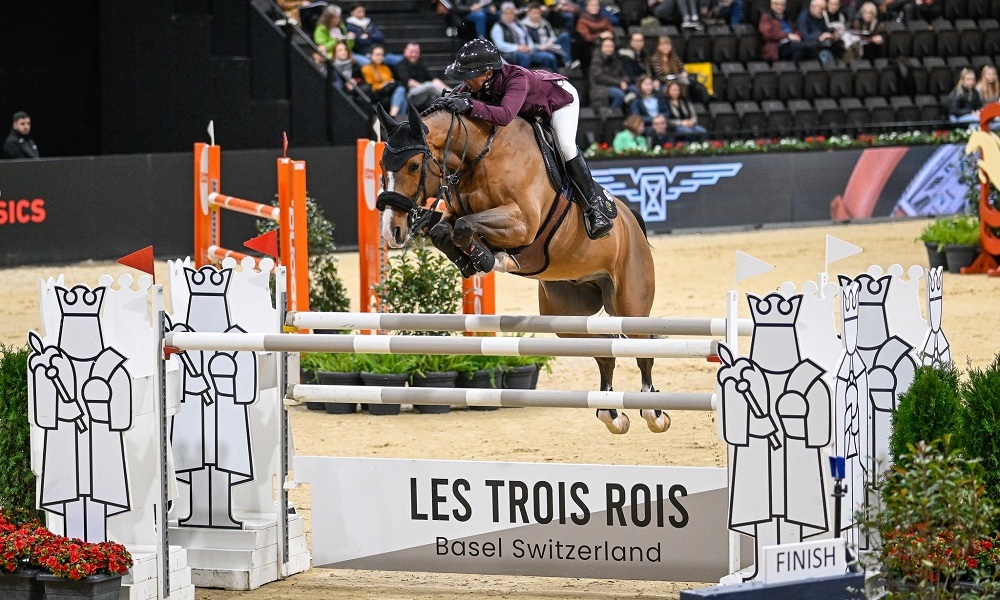 Mechelen, Belgium – December 27, 2022 – They say showjumping is a sport of combinations and it sometimes provides us with remarkable results. Simon Delestre (FRA) drove away victoriously at the 2022 Jumping Mechelen CSI 5*-W & CSI 2* on Tuesday. The Frenchman, powered by Dutch horsepower provided […]

Geneva, Switzerland – December 22, 2022 – The Nations Cup year 2022 was closed in Vilamoura (POR). 765 clear rounds were shown at 33 different tournaments around the globe. In the exclusive ranking of the Swiss equestrian magazine PferdeWoche, the French rider Kevin Staut (FRA) is the Mr. […] 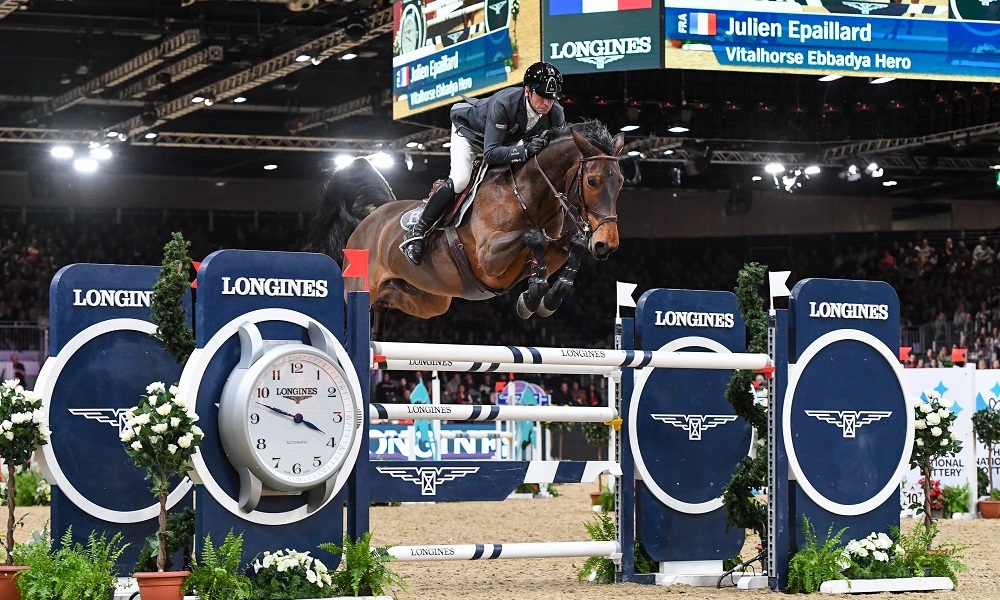 London, England  – December 19, 2022 – The final day of The London International Horse Show CSI 5*-W featured some of the world’s best equestrian athletes. The highlight of the Afternoon Performance came from the €25,500 Mistletoe Stakes CSI 5*-W. With 24 of the world’s best horse and […] 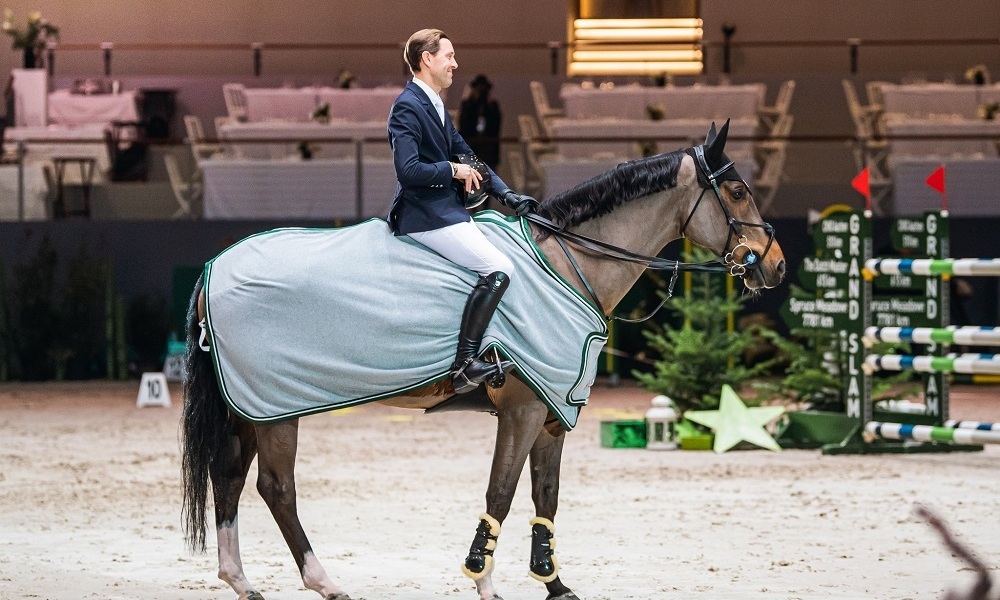 François-Xavier Boudant is the Best in the €25,500 Hubside Store Grand Prix CSI 2*

Valence, France – December 04, 2022 – This Sunday, December 4th marked the last day of competition for the 2022 Hubside Jumping and with it the coronation of the last champions of this vintage. In the riding school of the Haras des Grillons, in Ratières, where the atmosphere […] 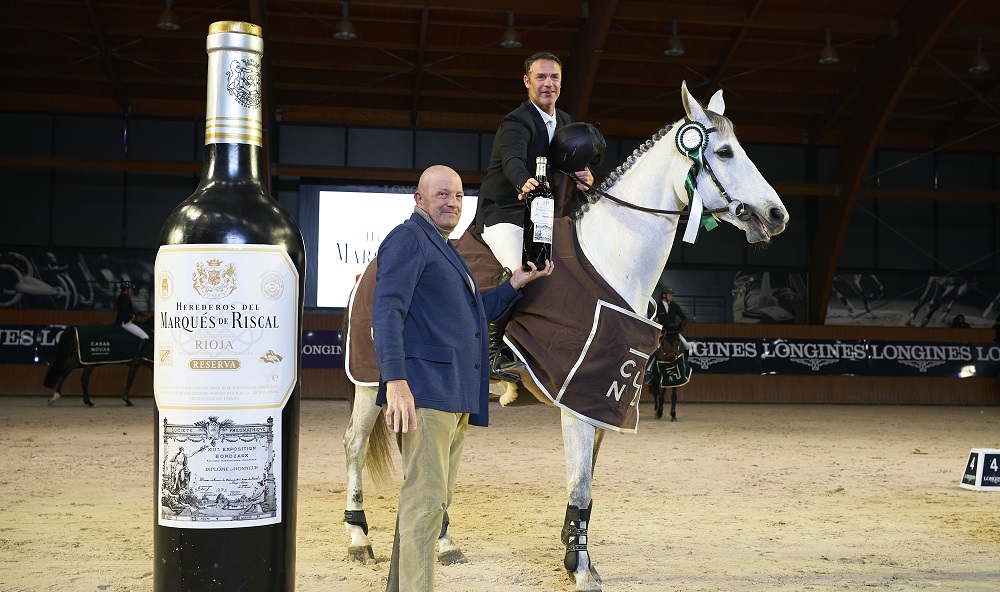 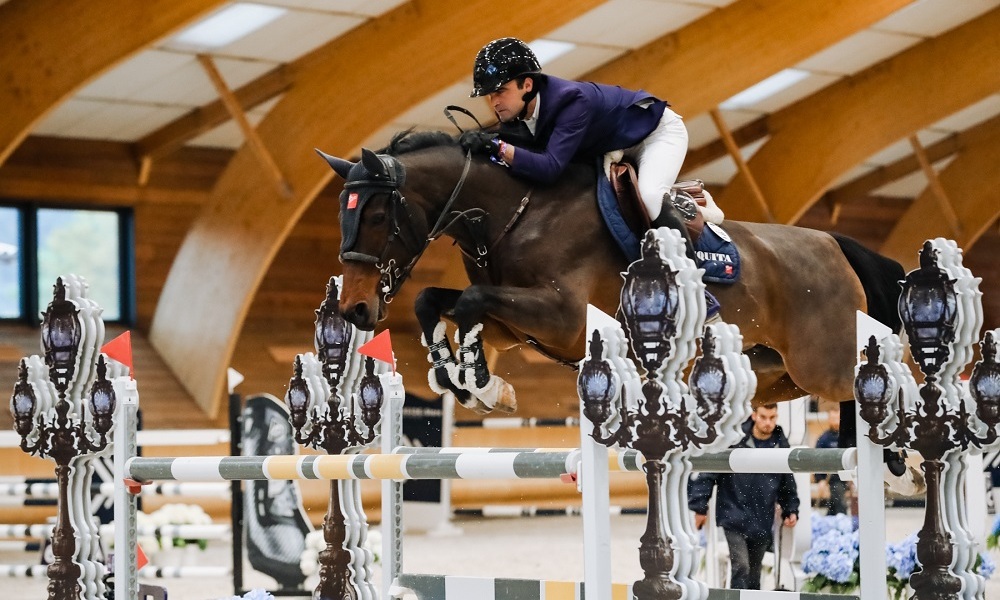 Valence, France – December 01, 2022 – For the second week in a row, Olivier Perreau (FRA) and GL Events Dolce Deceuninck were the first winners at the Hubside Jumping Valence CSI 3* & CSI 2*. The duo were victorious in the €26,250 Hubside Two-Phase Challenge CSI 3* on Thursday during the second and […]

Valence, France – November 30, 2022 – After a stellar first week of competition at the 2022 Winter Edition of the Hubside Jumping Valence CSI 3* & CSI 2*, top sport is back on there once again attracting some of the biggest names of the sport, highlighted by […] 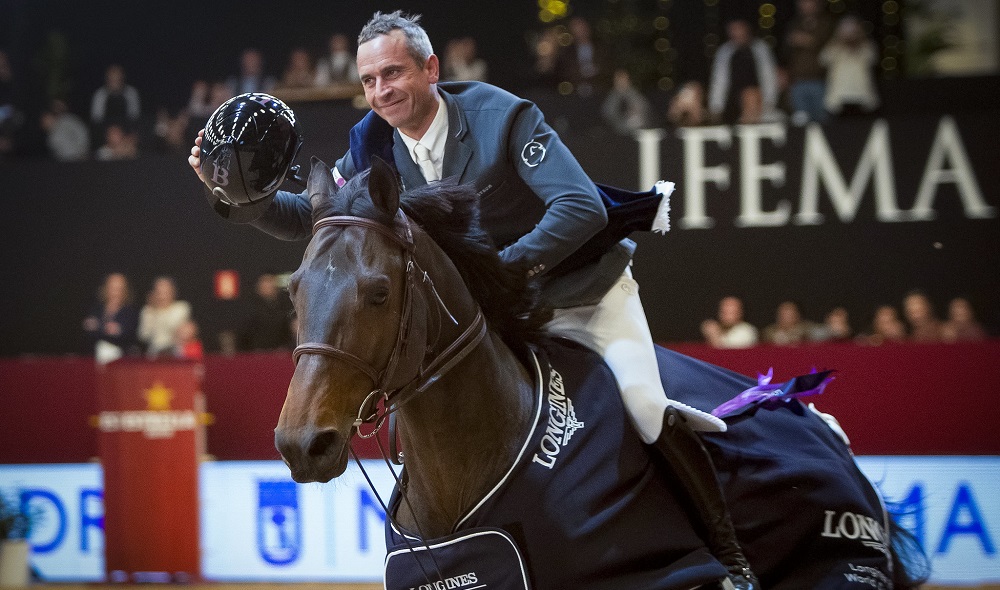 Madrid, Spain – November 27, 2022 – Madrid is a happy hunting ground for Julien Epaillard (FRA). The French rider came out on top in the Longines FEI Jumping World Cup™ Western European League qualifier twelve months ago with Billabong du Roumois, and today he did it all […]

An Atomic Victory! Laurent Goffinet Leaves the Competition in the Dust at Equiseine CSI 4*

Madrid, Spain – November 25, 2022 – A great evening of top sport took place on Friday night during the opening day of the IFEMA Madrid Horse Week, highlighted by the big competition of the CSI 5*-W, the €95,550 City of Madrid Trophy CSI 5*-W . The first […] 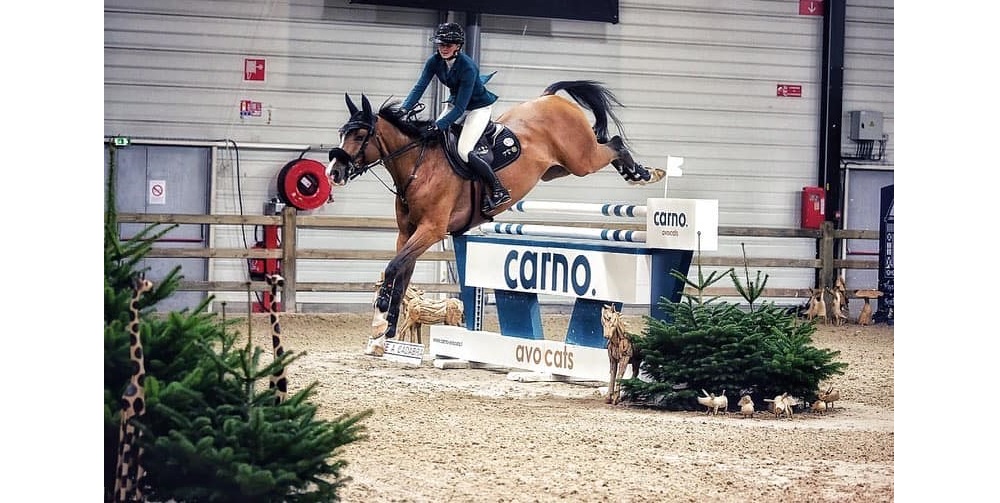 Valence, France – November 24, 2022 – Olivier Perreau (FRA) and GL Events Dolce Deceuninck were back on top of the podium on Thursday during the winter edition of the Hubside Jumping Valence CSI 3* & CSI 2*, showing power and precision to win the €26,000 Hubside Two-Phase […] 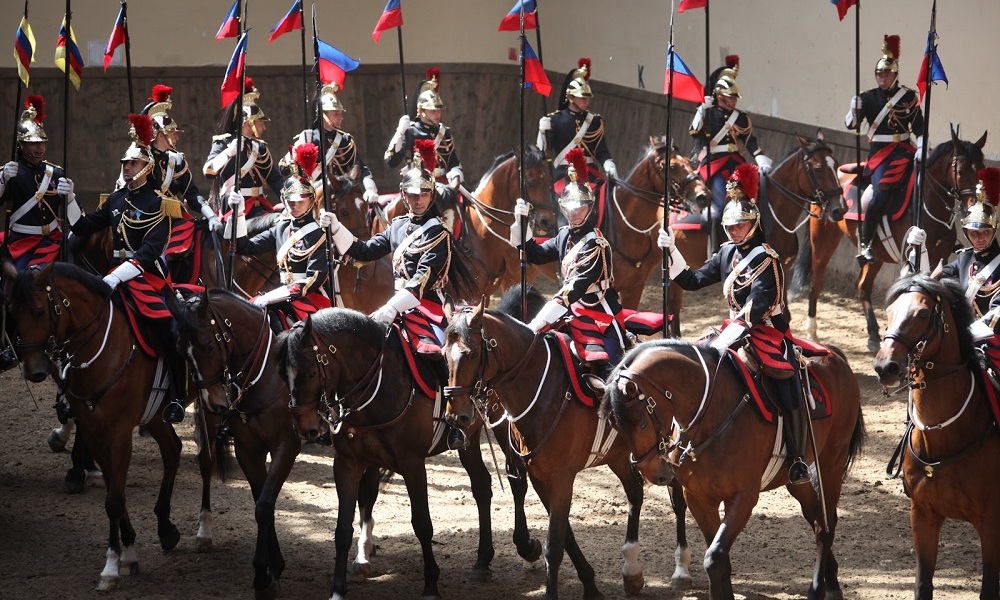 London, England – November 08, 2022 – The London International Horse Show is delighted to announce the addition of La Garde Républicaine as one of the spectacular international acts set to be part of the five day Show.  The world-famous French Cavalry regiment, which includes over 450 horses, is one […] 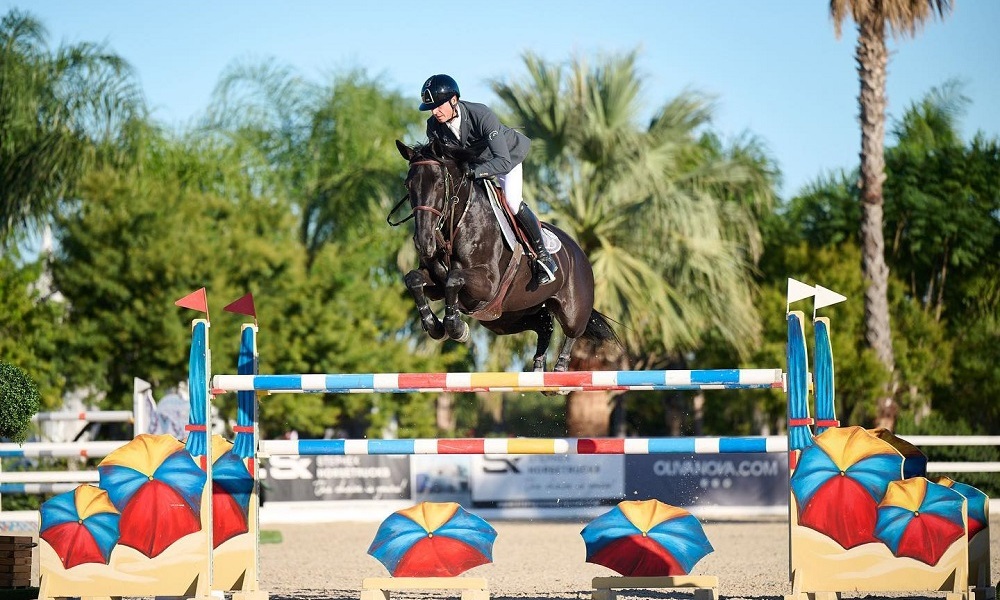 Oliva Nova, Spain – November 05, 2022 – Julien Epaillard (FRA) has been the most consistent rider in the world so far this year and the third-ranked rider in the world was on top form again on Saturday at the Mediterranean Equestrian Tour CSI 3*. He teamed up […] 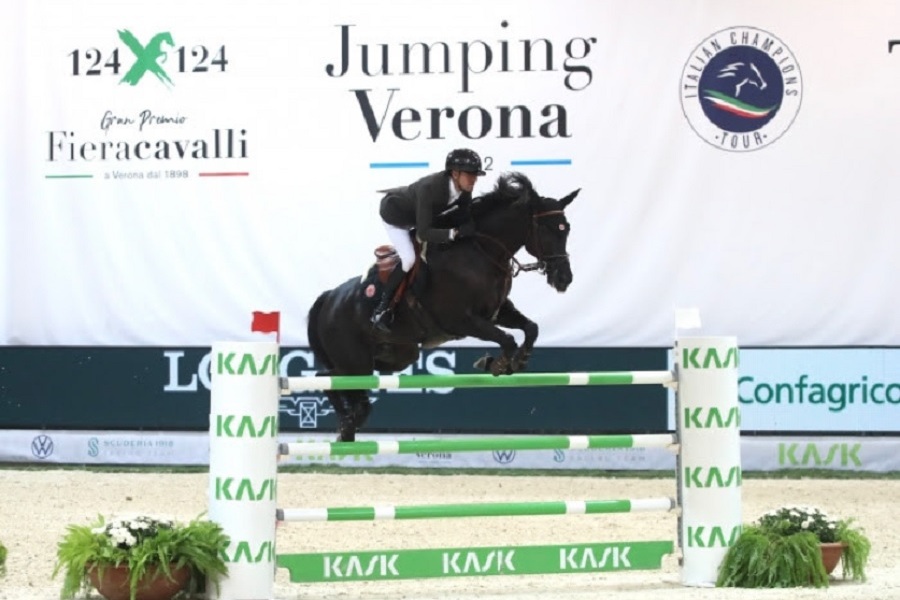 Lyon, France – October 30, 2022 – To the delight of french showjumping fans and spectators present, France continued to dominate on home soil as Reynald Angot (FRA) and Untouchable Gips HDC raced towards victory on the final day of the Longines Equita Lyon CSI 5*-W & CSI […] 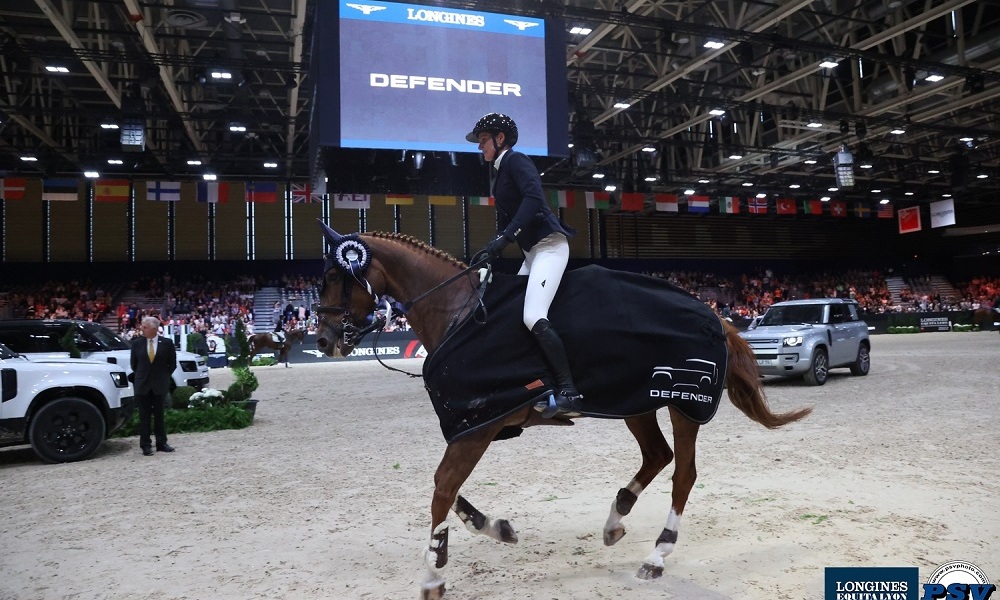 Lyon, France – October 29, 2022 Who can stop Julien Epaillard (FRA)? In just two days, the French rider has won all three classes in which he was involved. Saturday evening, riding Donatello d’Auge, a horse from his own stud farm (the Haras de la Bosquetterie), Julien Epaillard […]

Lyon, France – October 28, 2022 –Julien Épaillard (FRA) earned himself the pleasure of listening to the French national anthem twice in one day. Having already won the opening class of the CSI 5* at the Longines Equita Lyon CSI 5*-W & CSI 2* Concours Hippique International on Friday morning with […]

Lyon, France – October 28, 2022 – Hot on the heels of their victory in the Prix Département du Rhône CSI 2* on Wednesday evening, Harold Boisset (FRA) rode to victory at one of France-‘s most traditional horse shows for the second day in a row. The French […]

Lyon, France – October 26, 2022 – It’s showtime for showjumping with the running of the third of the 14 legs of the Longines FEI Jumping World Cup – Western European League at the 2022 edition of Longines Equita Lyon. After stops in Oslo and Helsinki. The circuit […] 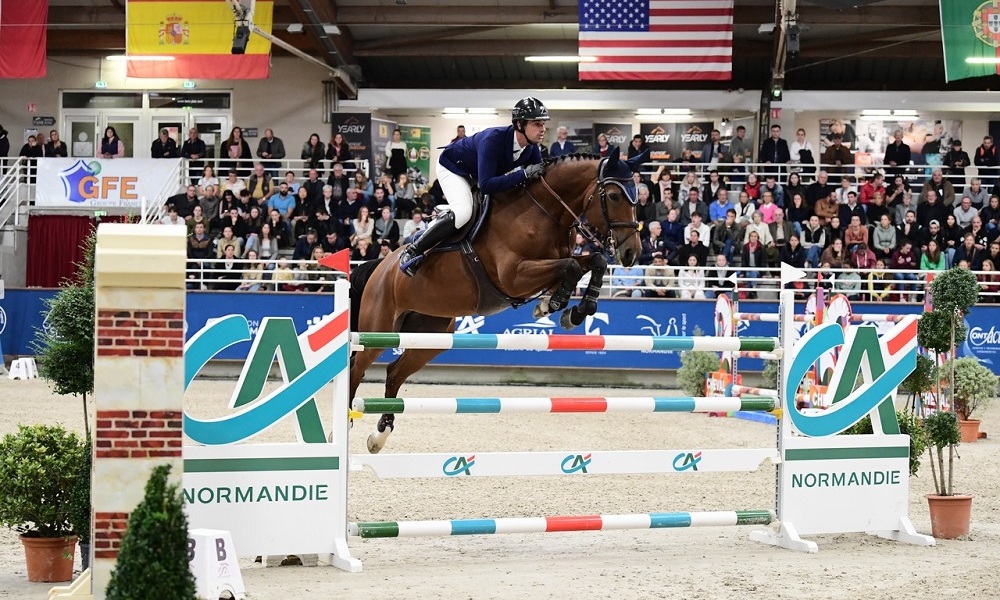