The Insider: Recap of LGCT & GCL of Doha with Special Guest Jessica Kürten

Valkenswaard, The Netherlands – The brand new magazine show The Insider premiered on GCTV with fascinating insights and exclusive behind-the-scenes stories and interviews with the sport’s movers and shakers. In the first episode top trainer Jessica Kürten (IRL), two-time Olympic rider and Team Manager for the Prague Lions, […]

In contrast to Saturday’s BMO Nations’ Cup, which was bathed in warm early autumn sunshine, the International Ring was overcast and chilly for the final day of the 2019 CSIO Spruce Meadows ‘Masters’. An unprecedented 48 horse and rider combinations contended the week’s showcase class, the CP ‘International’, presented […]

Germany’s Christian Ahlmann (GER) clinched a thrilling last-to-go victory at the ninth leg of the Longines FEI Jumping World Cup™ 2018/2019 Western European League at the Nekkerhal Stadium in Mechelen, Belgium today. In a tense competition from which only four of the 39 starters emerged to battle it […]

Switzerland’s Martin Fuchs (SUI) and Clooney produced a spectacular victory in the fourth leg of the €300,000 Longines FEI Jumping World Cup™ 2018/2019 Western European League more than lived up to expectations at Equita Longines in Lyon, France last Sunday. In an edge-of-the-seat 10-horse jump-off that included four […]

Recap: Flying Dutchman Takes the Win in front of the Great Wall of China!

The Longines China Tour of Beijing Great Wall took place as a CSI 3* tournament last week for the very first time at the foot of Great Wall of China. It was a premiere that a high-level equestrian event could be held in the historic Ju Yong Guan […] 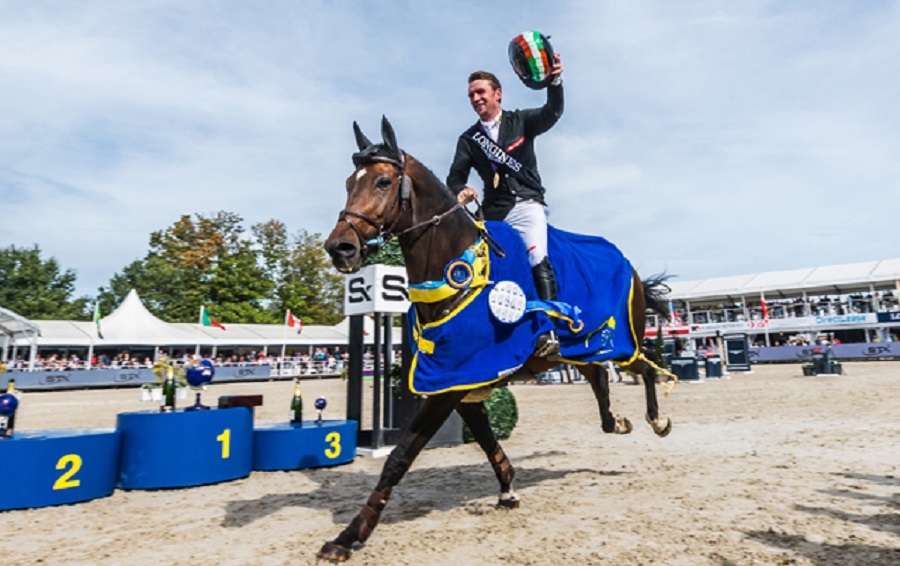 Three thrilling final competitions decided the new champions crowned at the FEI WBFSH World Breeding Jumping Championships for Young Horses 2018 today at Lanaken in Belgium. It was a whitewash for the Irish Sport Horse Studbook that took gold, silver and bronze in the 5-Year-Old category, but it […]

The home riders came strong in force as the 2018-edition of the Brussels Stephex Masters kicked off on Wednesday, taking four wins out of six possible. In the opening class, the 1.35m Super Cup CSI 2* presented by Dietz, Ugo Berrittella (BEL) and Leonie Peeters (BEL) made it double […]

Aachen, Germany – July 22, 2018 – The second Major of 2018 has been won by Germany’s Marcus Ehning riding Pret A Tout, as horse and rider produced three exceptional clear rounds in the highlight of CHIO Aachen, the Rolex Grand Prix. Second place went to Luciana Diniz […]

On 15 April 2018, Elizabeth Madden (USA) aboard Breitling LS reigned supreme at the 2018 Longines FEI World Cup™ Jumping Final by imposing themselves at the three rounds of the final, which were held at the impressive AccorHotels Arena in Paris. Spectators were rewarded with a truly thrilling […] 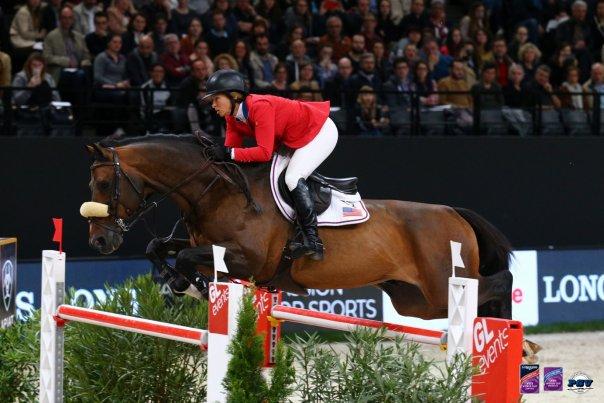 Beezie Madden: And That’s Two! The AccorHotels Arena seems to bring good luck to the female American riders. Thirty-one years after Katharine Burdsall and The Natural, when this arena was still called Palais Omnisport Paris Bercy, another woman from the United States was crowned winner of the 40th […]

The 2018 season Longines Global Champions Tour began with a spectacular victory in Mexico City of the British Scott Brash, who already has ten Global Grands Prix in his record. The curtain rose to the long-awaited LGCT season that will take the best riders on the tour to […] 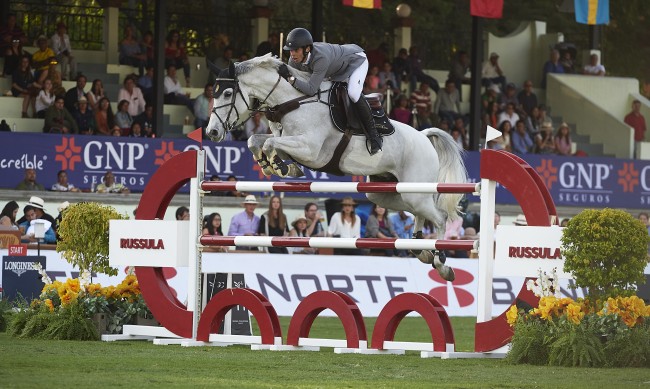 With a total of 40 riders who participated in the Banorte trophy on Sunday March 25, which was the last CSI 5 * test of the LGCT Mexico. Summoned at a height of 1.55 meters with a jump-off, the test, design by Javier Trenor consisted of a total […]

Takapoto Estate Show: The Dawn of a New Era for Showjumping in New Zealand!

It’s the dawn of a new era for New Zealand showjumping after a hugely successful inaugural Takapoto Estate Show. Set amongst more than half a million native trees on a stunningly-beautiful landscaped 600 acres, the four-day show offered nearly $70,000 in prize money, with entries quickly reaching a […]