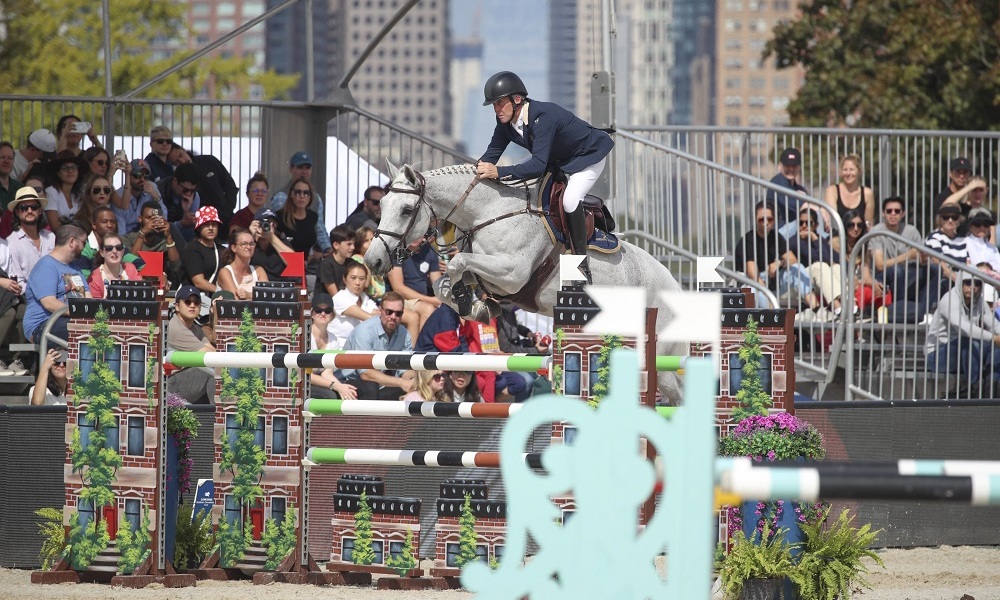 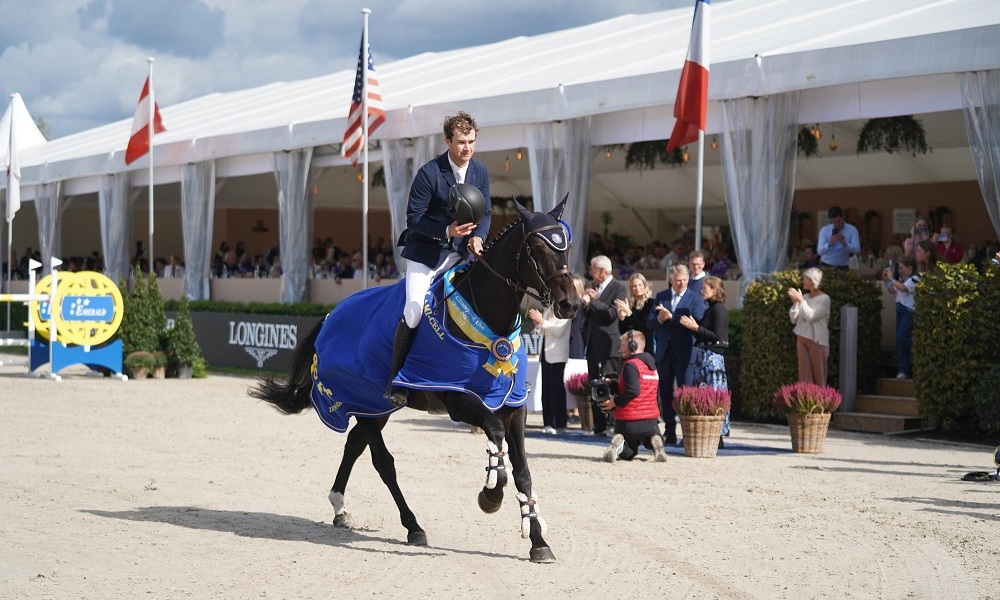 Lanaken, Belgium – September 25, 2022 – The fact that Irish riders should always be taken into account during the finals of the 2022 FEI WBFSH Jumping World Breeding Championship for Young Horses became evident once again during a particularly exciting final for six-year-old horses. It was Ethan Ahearne […] 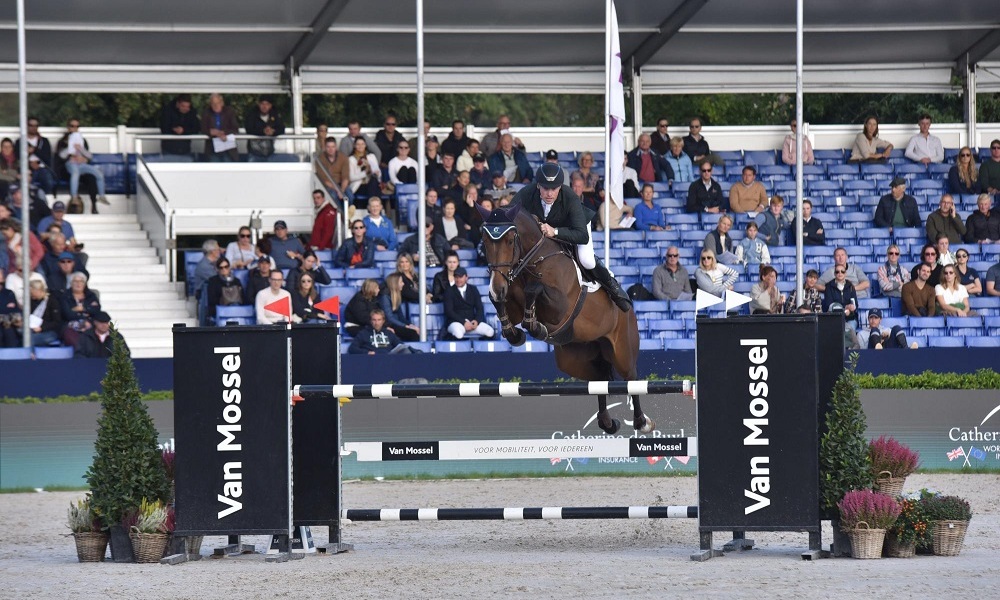 Lanaken, Belgium – September 25, 2022 – The die has been cast, the first World Champion is crowned! Under the beaming sun this morning, it was the five-year-old horses who were the first to enter the ring during the final of the 2022 FEI WBFSH Jumping World Breeding […]

Shane Sweetnam & James Kann Cruz are the Conquerors in the $73,800 Callidae Jumper CSI 5*

Saugerties, New York, USA – September 09, 2022 – Ashlee Bond’s (ISR) five-year partnership with Donatello 141 paid off once again with a victory in Friday’s $138,600 Saugerties Jumper Classic CSI 5* as the Hits Championship took center stage at Hits-on-the-Hudson. Leading athletes from around the world have […] 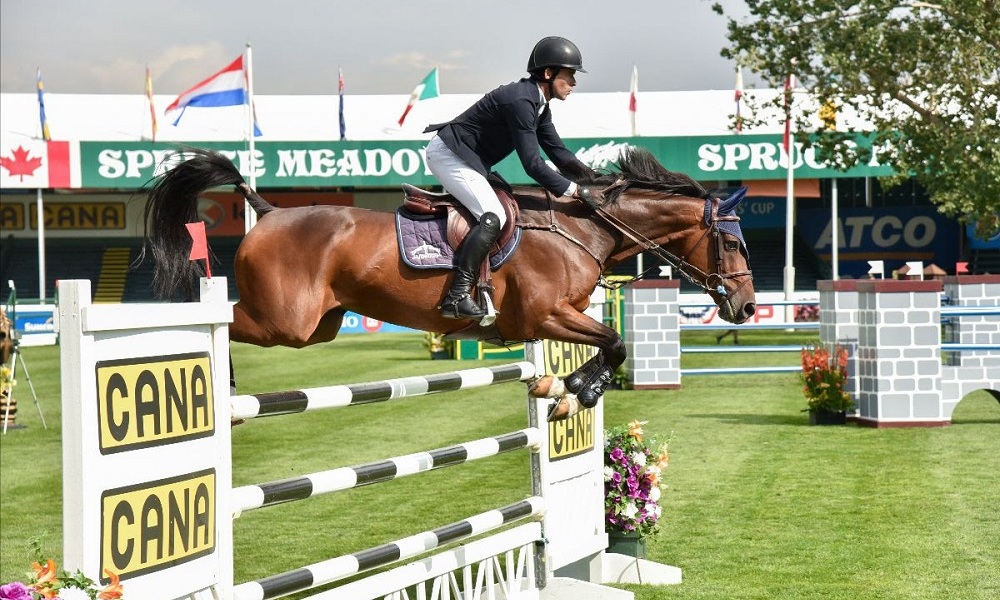 Conor Swail & Count Me In are the Conquerors of the $75,000 Cana Cup CSIO 5* at Spruce Meadows

Spruce Meadows, Calgary, Alberta, Canada – September 8, 2022 – Over 35 entries were slated to compete in the Cana Cup CSIO 5* 1.60m to round out Thursday of the Spruce Meadows ‘Masters’ CSIO 5*. It was a competitive field filled with Olympians, World Champions and some familiar 5* Grand Prix Champions […]

Traverse City, Michigan, USA – September 08, 2022 – Shane Sweetnam (IRL) wasn’t going to let the summer pass without a big victory. This one came in Thursday’s $37,000 Corcoran Group Speed CSI 3* aboard Alejandro, a horse no stranger to the winner’s circle. Sweetnam had two rides […]

Saugerties, New York, USA – September 4, 2022 – Returning from his home country of Ireland, Jordan Coyle (IRL) brought a bit of luck back to the United States with him this week, jumping to victory in the $100,000 Hits Grand Prix during Hits-on-the-Hudson VII with Centriko Volo. Coyle […]

Paul O’Shea & Matthew Sampson Share the Win in the $400,700 Friends of the Meadows Grand Prix CSI 5* 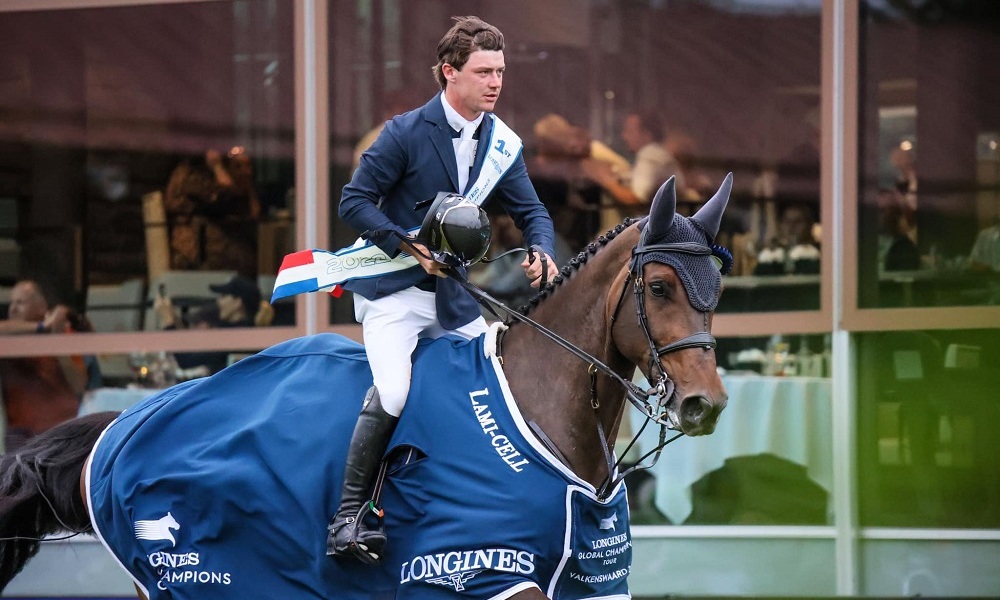 Valkenswaard, The Netherlands – August 27, 2022 – In a thrilling afternoon of elite-level show jumping, Michael Pender (IRL) has secured the top podium position in the €300,000 Longines Global Champions Tour Grand Prix of Valkenswaard aboard HHS Calais. The 22-year-old pulled off an extraordinary win against phenomenal […] 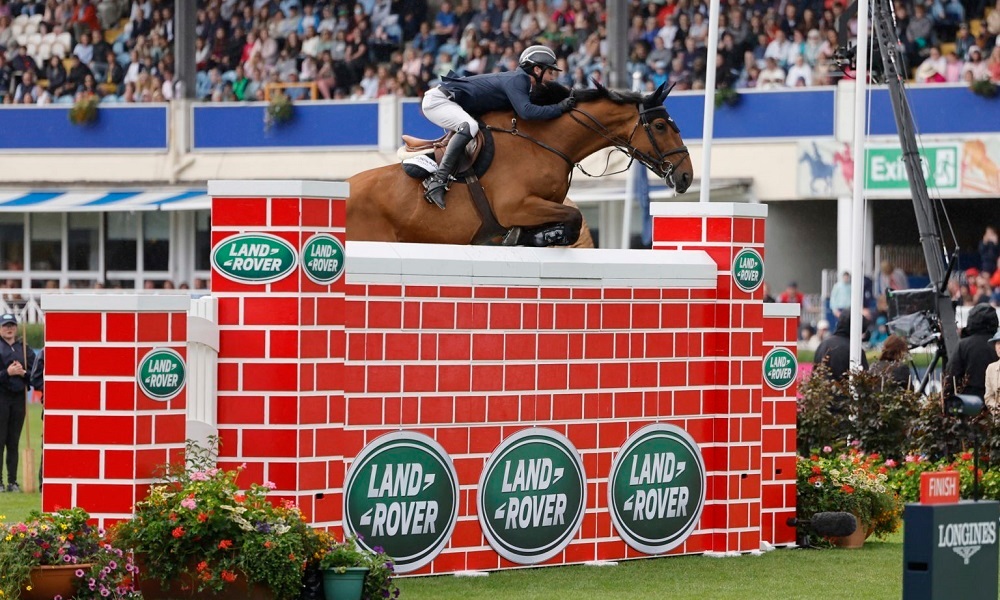 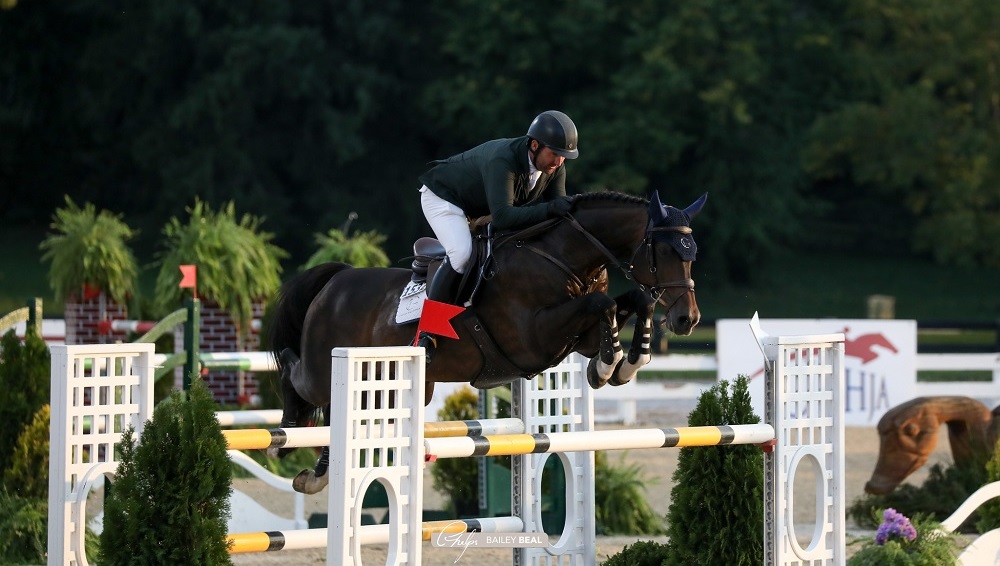 Lexington, Kentucky, USA – August 19, 2022 – The Kentucky sunset offered a picturesque backdrop for the first feature class of the weekend at the Bluegrass Festival Horse Show. A total of 43 horse-and-athlete combinations took to the Rolex Stadium to vie for top honors in the $25,000 Bluegrass […]

Toronto, Ontario, Canada – August 19, 2022 – The winning ways of team Helios returned to Canada on Friday evening as they owned the night in the $255,000 ShowPlus+ CSI 5* Team Competition at Angelstone Events in Toronto, ON. The victory marked the team’s third consecutive win in […]

Another Victory for Ireland! Trevor Breen is the Best in €51,300 Dublin Stakes CSIO 5*

Dublin, Ireland – August 20, 2022 – Ireland continued to shine on home soil as Tipperary’s Trevor Breen (IRL) rode Germaine W to victory in the Dublin Stakes CSIO 5* on Saturday during the 2022 edition of the Dublin Horse Show CSIO 5* at the Royal Dublin Society. […] 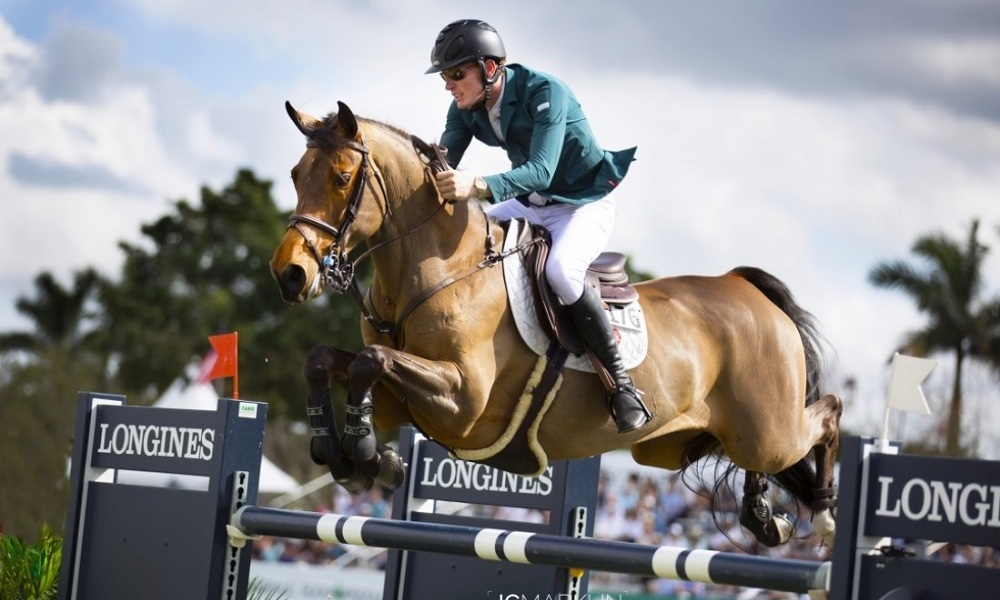 Dublin, Ireland – August 21, 2022 – It’s showtime for showjumping at the 2022 edition of the Dublin Horse Show CSIO 5* at the Royal Dublin Society. One of the most traditional horse shows in the world has saved the best for last, the €350,000 Longines Grand Prix […]

Dublin, Ireland – August 19, 2022 – Team Ireland rounded up the 2022 Longines FEI Jumping Nations Cup™ – Europe Division 1 Series with the perfect win in front of the home crowd at the Royal Dublin Society Showgrounds in Dublin (IRL) today. It was the 24th victory […] 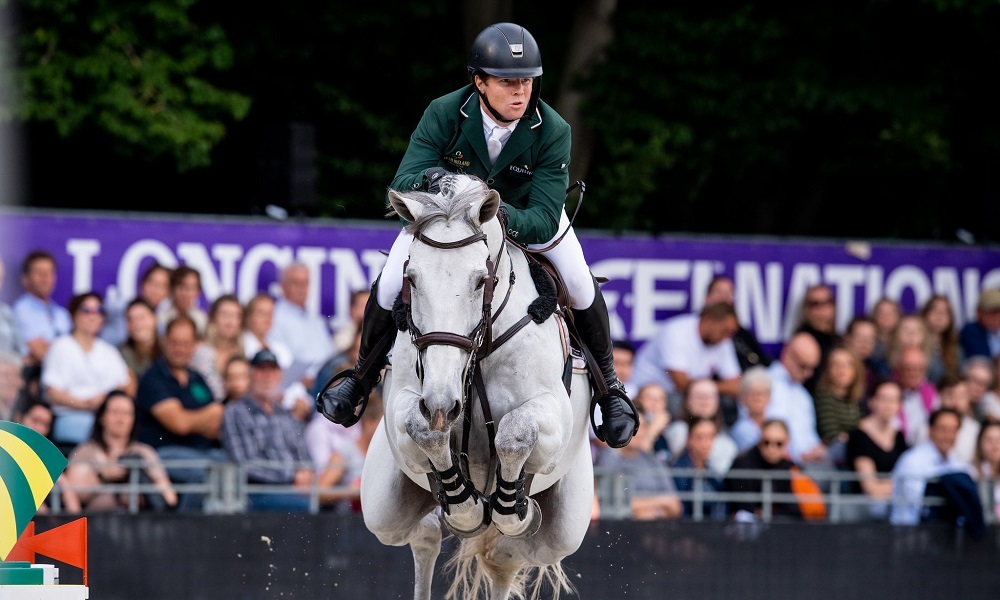 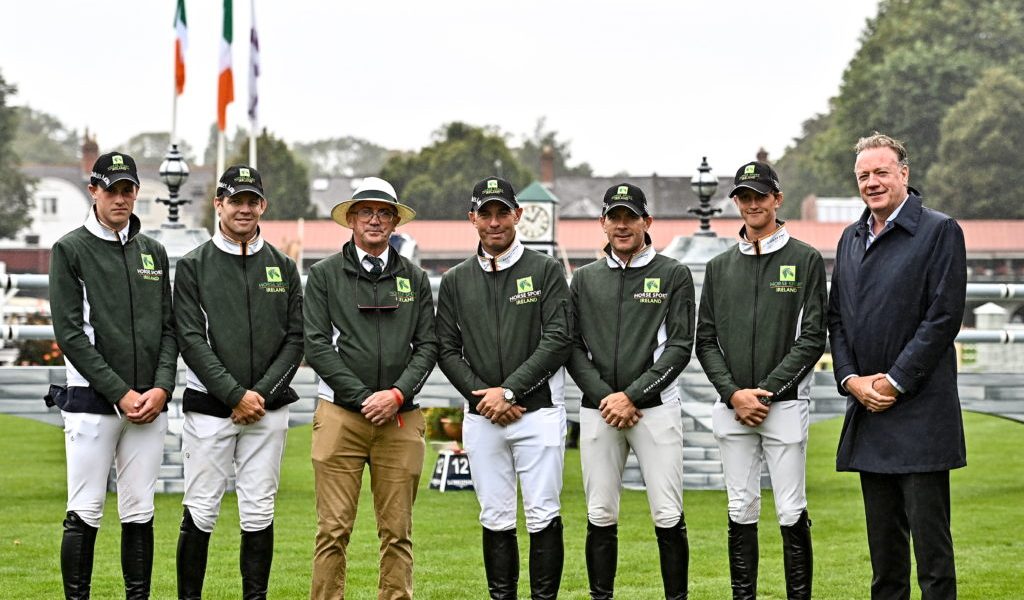 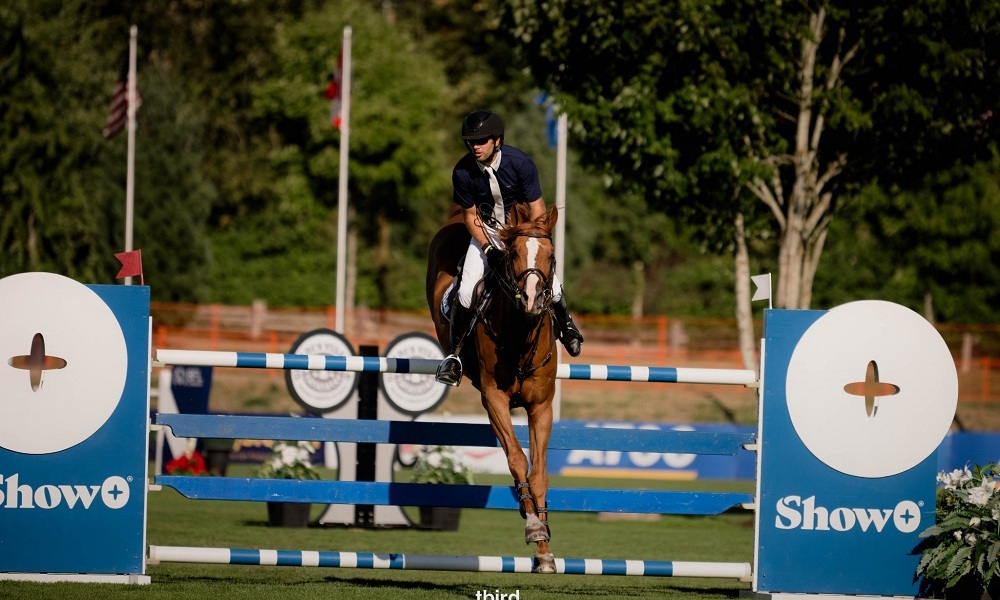 Langley, British Columbia, Canada – August 18, 2022 – James Chawke (IRL) stepped Ramsay Equestrian’s Howard du Seigneur up to the 1.45m height for the first time at last week’s Summer Fort Welcome CSI 3*.  It took only a week for the pair to record a victory at the height—their […]

Dublin, Ireland – August 17, 2022 – Irish riders dominated the first day of the 2022 Dublin Horse Show CSIO 5*, winning all three most importanted international classes at the RDS arena in Ballsbridge. The icing on the Irish cake was the victory by Paul O’Shea (IRL) and […]

Dublin, Ireland – August 17, 2022 – It’s showtime for showjumping at the 2022 Dublin Horse Show CSIO 5*, one of the most traditional events of the year. Ireland’s most prominent equestrian competitions packs a double punch, the Longines FEI Jumping Nations Cup™ of Ireland CSIO 5* next […] 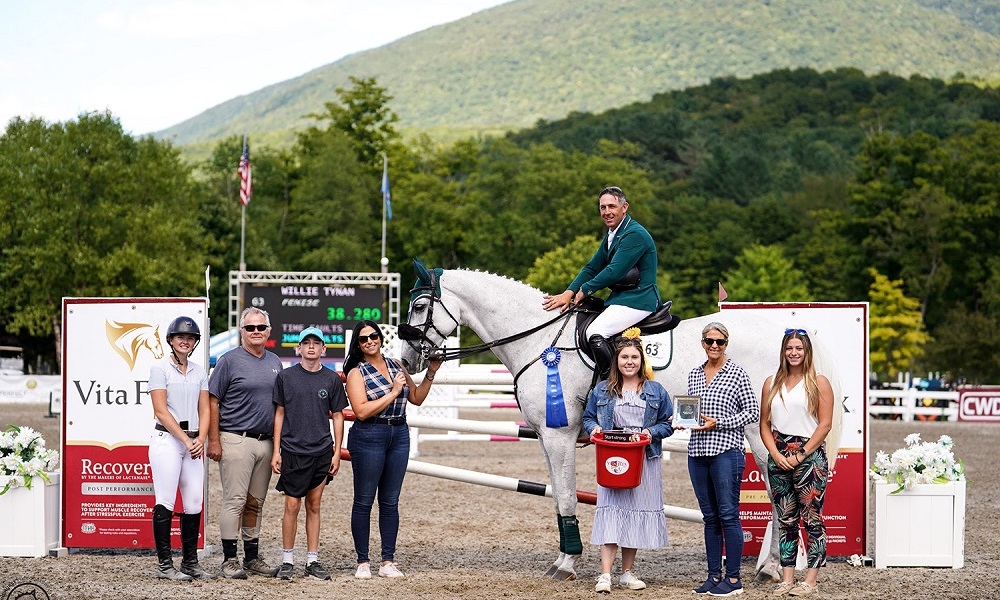 East Dorset, Vermont, USA – August 14, 2022 – Rounding out the very last day of the Vermont Summer Festival and the final class under the picturesque Vermont Green Mountains was the $40,000 Hits Grand Prix, sponsored by Vita Flex. Willie Tynan (IRL) continued his circuit success on the final day […] 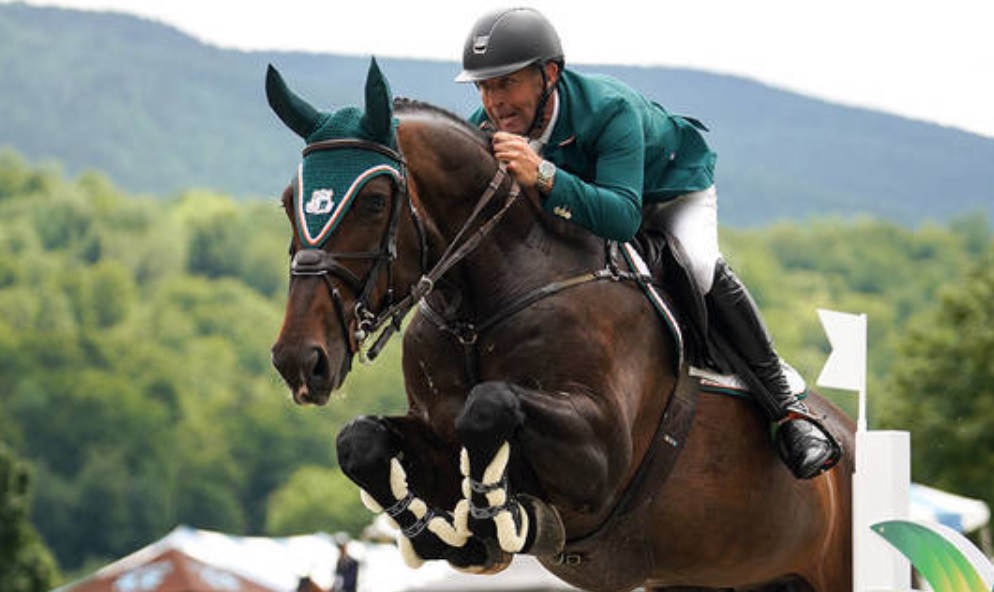 Darragh Kerins & Intuitive Ride to Victory in the $50,000 Kentucky Spring Classic at Lexington

Lexington, Kentucky, USA – August 6, 2022 – A full slate of jumper competition brought the fans to their seats in the illustrious Rolex Stadium at the Kentucky Horse Park Saturday. The action packed day was to be concluded with the feature event of the week with the $50,000 […] 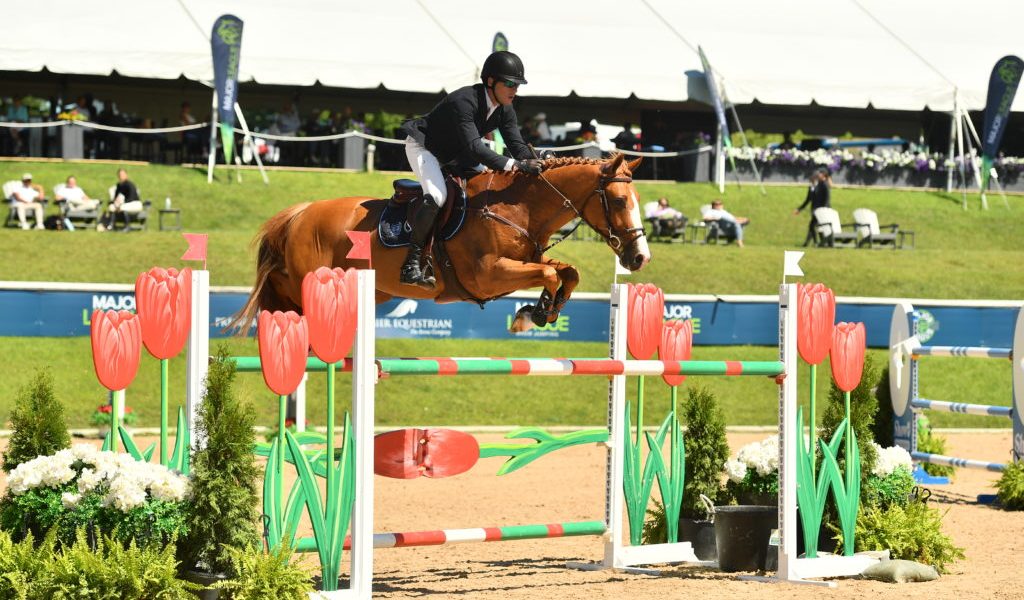 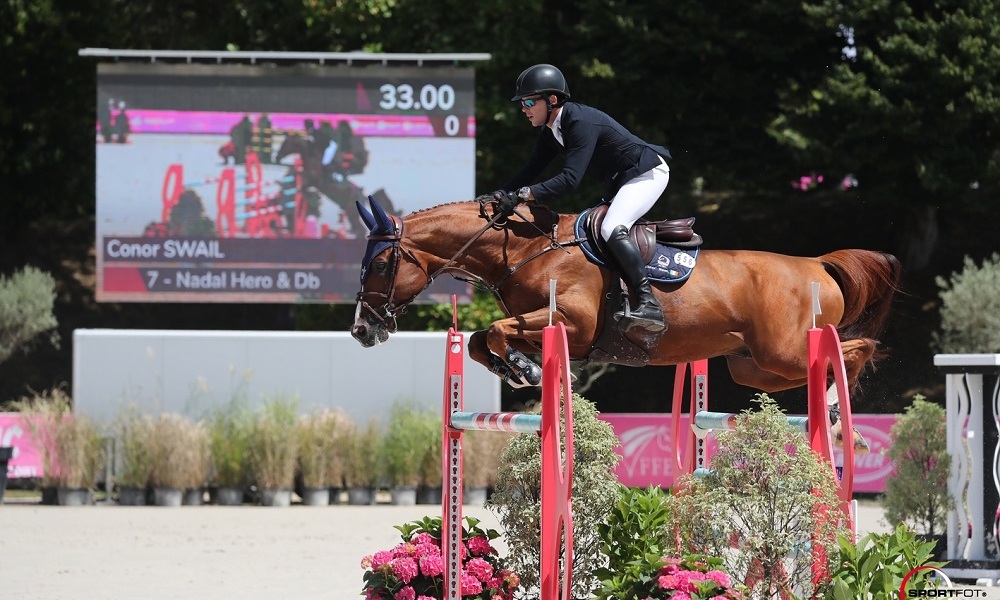 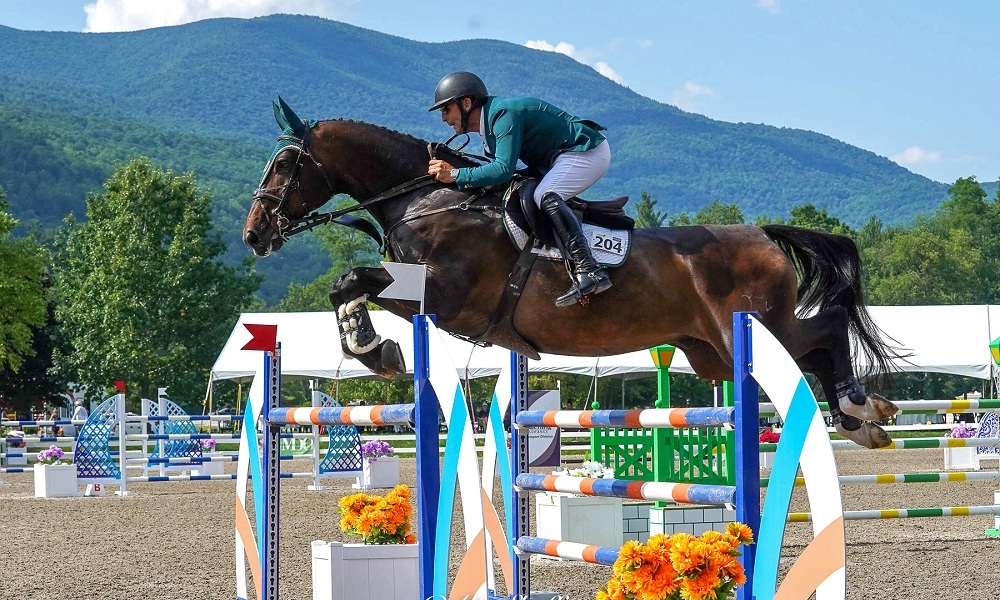 A One-two for Willie Tynan in the $40,000 Equinox Grand Prix

East Dorset, Vermont, USA– July 17, 2022 – It was a banner day for Willie Tynan (IRL), who closed out the second week of the Vermont Summer Festival with the top two placings in Sunday’s $40,000 Equinox Grand Prix. Tynan was the first to show with Seattle and proved […]