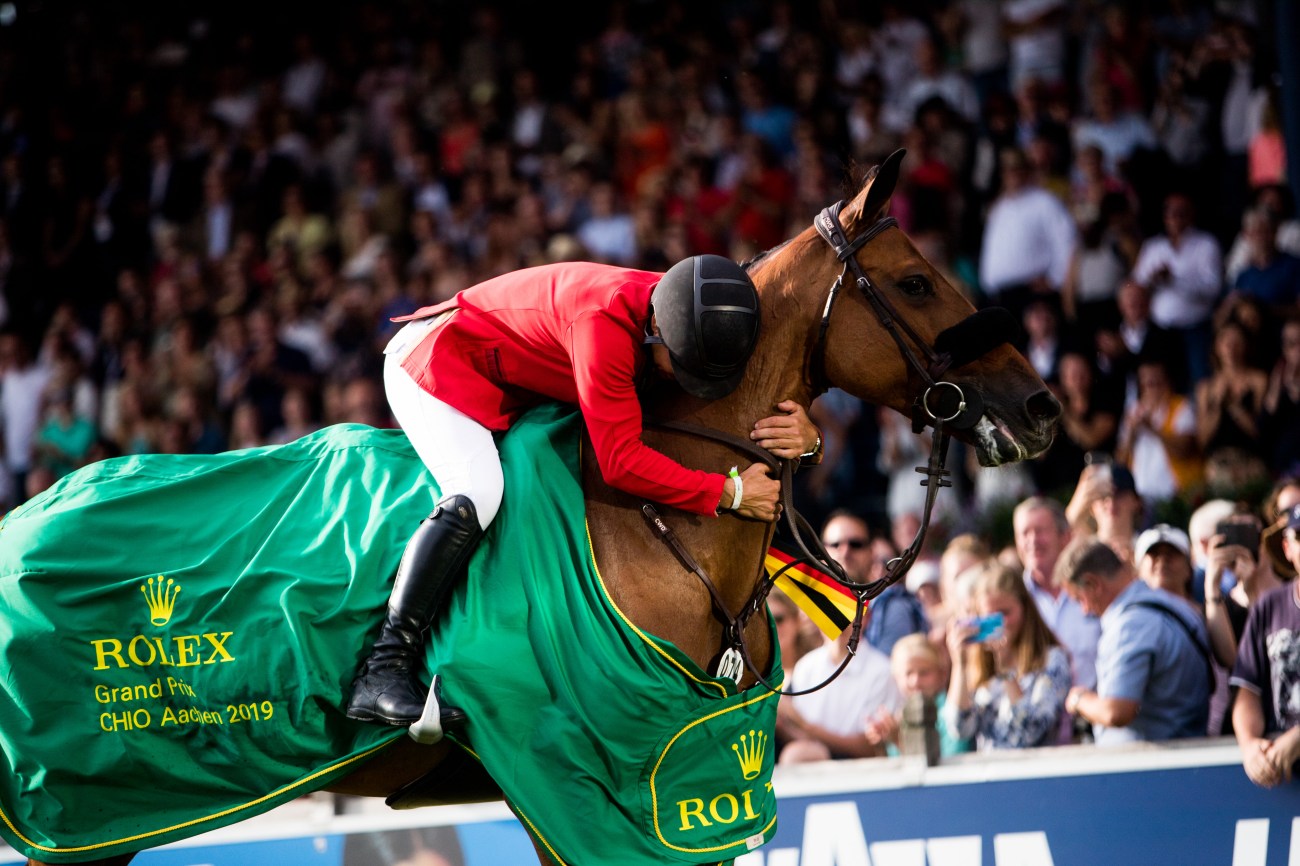 CHIO Aachen played host to over 40,000 equestrian spectators last Sunday, as they gathered in the main show jumping arena to witness the second Major of 2019 in the Rolex Grand Slam of Show Jumping. Inaugurated in 1898, the show is steeped in equestrian history and has partnered with Rolex since 1999, a relationship that demonstrates Rolex’s enduring long-term commitment to equestrianism, supporting the most revered and highly-anticipated shows hosted around the world.

An impressive course, assembled by world-renowned course designer Frank Rothenberger (GER) was, as ever, a challenging one for the world’s equestrian elite. The first round delivered only seven clears, which included Rolex Testimonees Kent Farrington (USA), Kevin Staut (FRA) and Swiss rider Martin Fuchs (SUI). Fellow Swiss Rolex Testimonee Steve Guerdat (SUI) completed with an unlucky four faults but progressed through to round two with his super-fast time.

Final Rounds
A revised and equally imposing course welcomed the 18 successful pairings to round two. Despite a precise clear from Guerdat, his earlier four faults ruled him out of the jump-off. The passionate crowd showed their appreciation for Farrington and six others as their faultless rounds took them to the final stage of one of show jumping’s most prestigious Majors.

Despite valiant efforts from the first four combinations, the arena was treated to its first triple clear by Farrington in a time of 43.98 seconds, showing his indisputable dedication for perpetual excellence; values also shared by Rolex.

With only two riders to go, and both German natives  – Daniel Deusser (GER) and Simone Blum (GER) – the home fans were on the edge of their seats. Farrington proved unbeatable as Blum had one pole down and Deusser stopped the clock 0.37 seconds slower than the American’s time.

The CSIO Spruce Meadows ‘Masters’ in Canada in September is the next Major in the Rolex Grand Slam of Show Jumping, and the attention of the equestrian world will now turn to this show, in the hope that Rolex Testimonee Kent Farrington will continue his Rolex Grand Slam journey.