Verona, Italy – November 06, 2021 – World number one, Sweden’s  Peder Fredricson (SWE) , threw down the challenge to everyone else with his super-smooth last-to-go victory in last night’s Regione Siciliana Grand Prix qualifier at Jumping Verona 2021. much of his fire-power when steering H&M Christian K home for […] 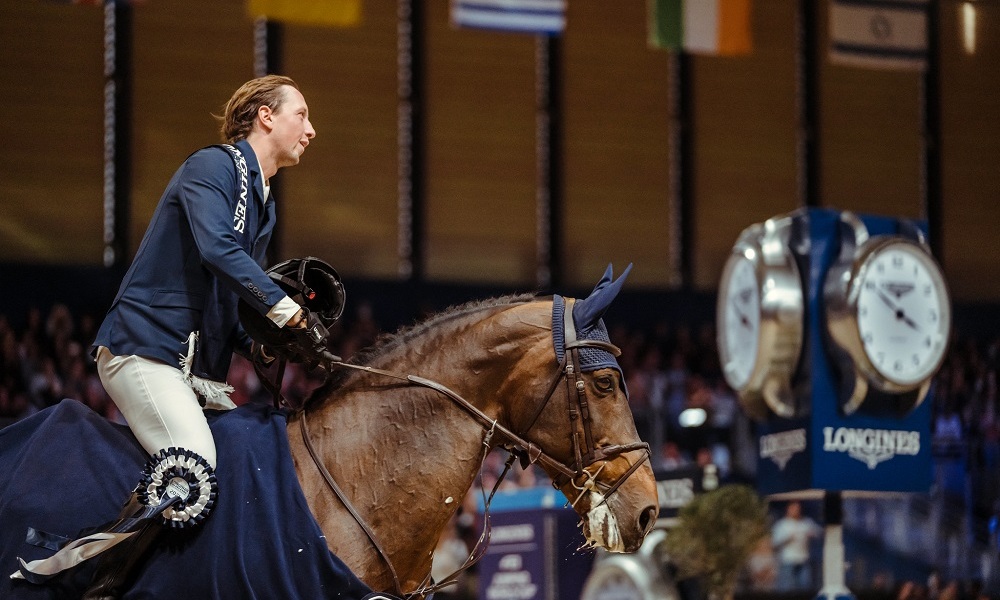 Lyon, France – November 04, 2021 – “My horse gave me his all today – he has such a big heart!”, said Switzerland’s Martin Fuchs after winning the second leg of the 2021/2022 Longines FEI Jumping World Cup™ Western European League in Lyon, France this afternoon partnering the […]

Lyon, France – October 31, 2021 – Lucky number three! Switzerland’s Martin Fuchs (SUI) has won the Longines FEI Jumping World Cup™ stage in Lyon for the third time in a row. After two wins with Clooney 51 in 2018 and 2019, the silver-medallist at the last world […] 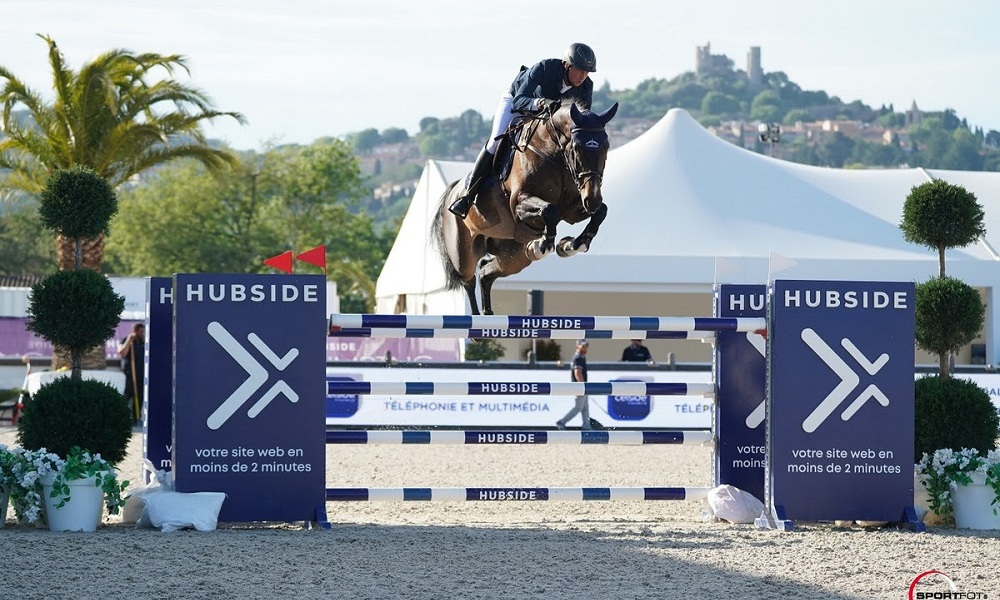 Grimaud, France – October 06, 2021 –  After a week’s break, top-level sport returns to the Côte d’Azur. The doors to the Hubside Jumping Grimaud – Golfe de St Tropez open again to welcome the last two weekends of the Hubside Fall Tour, firstly from the 7th to […]

What are you hoping to achieve between now and the end of the year? I still have some big goals this year, including the CP ‘International’, presented by Rolex here at Spruce Meadows, which would be a dream to win. Next week we have the Rolex Grand Prix […]

Brussels, Belgium – August 31, 2021 – The Swiss anthem was played again for the second time during prizegiving ceremonies on Sunday at the Brussels Stephex Masters CSI 5* / 3* / 2*! Martin Fuchs (SUI) and The Sinner were the winners of the €52,300 Stephex Horsetrucks Grand […] 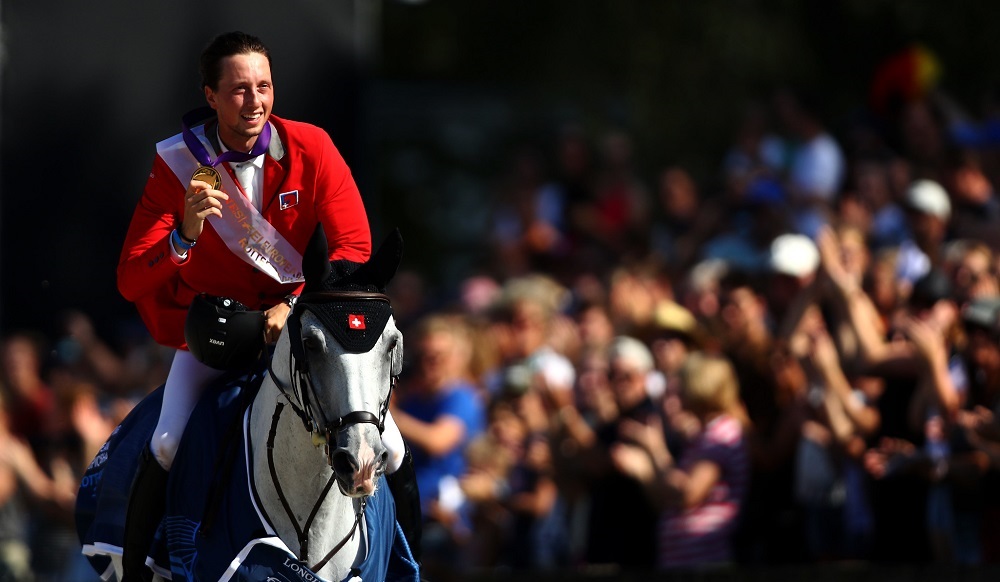 Martin Fuchs’ Clooney 51 Out due to Serious Injury

Zurich, Zwitzerland – August 17, 2021 – Sadly, Martin Fuchs (SUI) released a statement yesterday announcing that his top horse Clooney 51 had been injured as a result of a freak accident while being on the field yesterday morning. The Swiss rider made the following statement on his […] 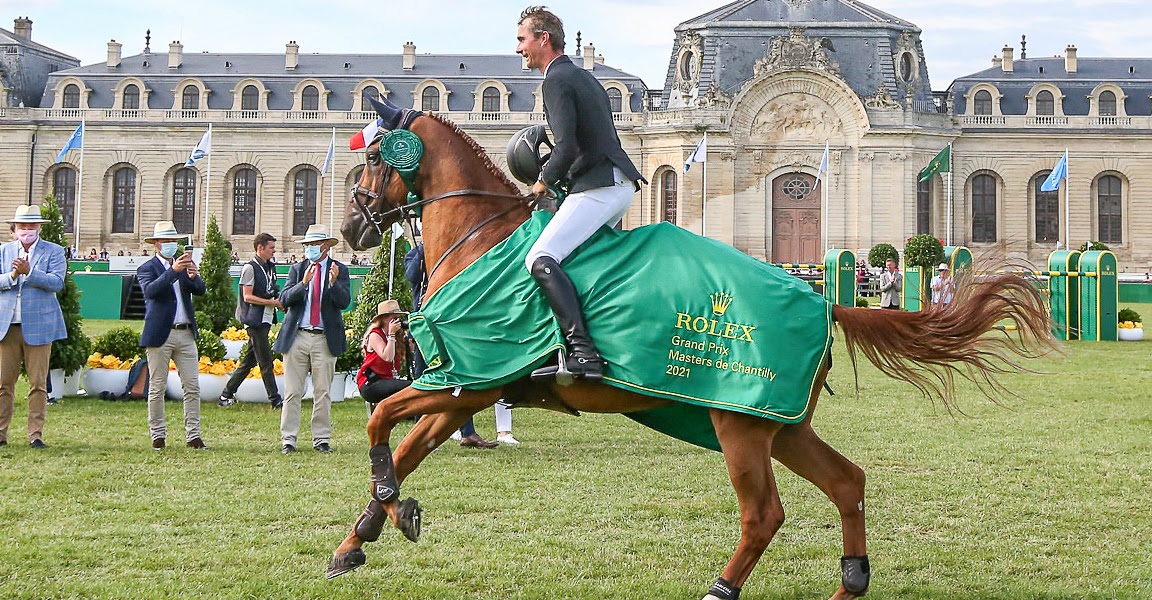 Chantilly, France – July 11, 2021 – The €300,000 Rolex Grand Prix CSI 5* was the high point of this first Masters of Chantilly: a beautiful class with a beautiful course, where the priority was the horses’ welfare. There were some faults, but all of them light, some […] 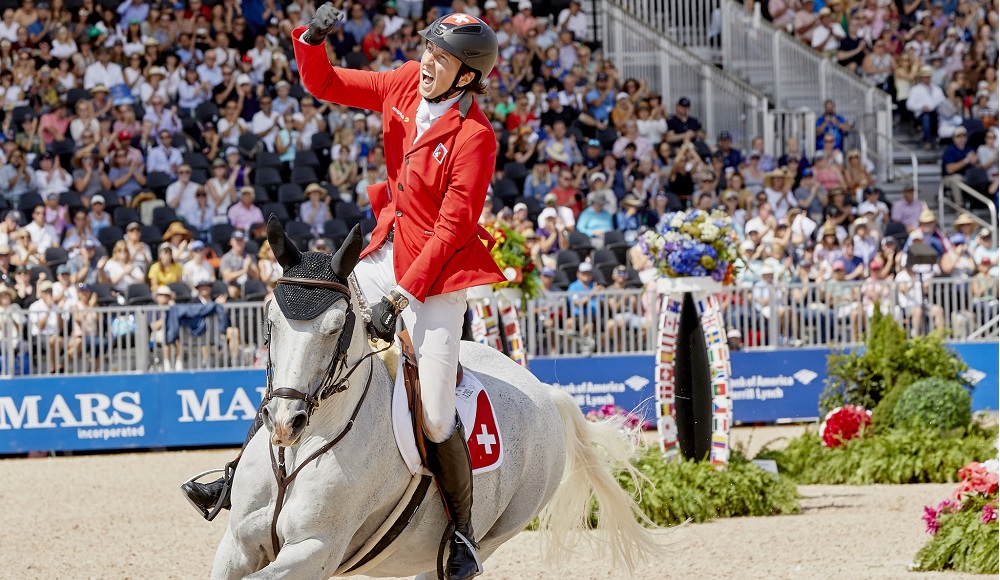 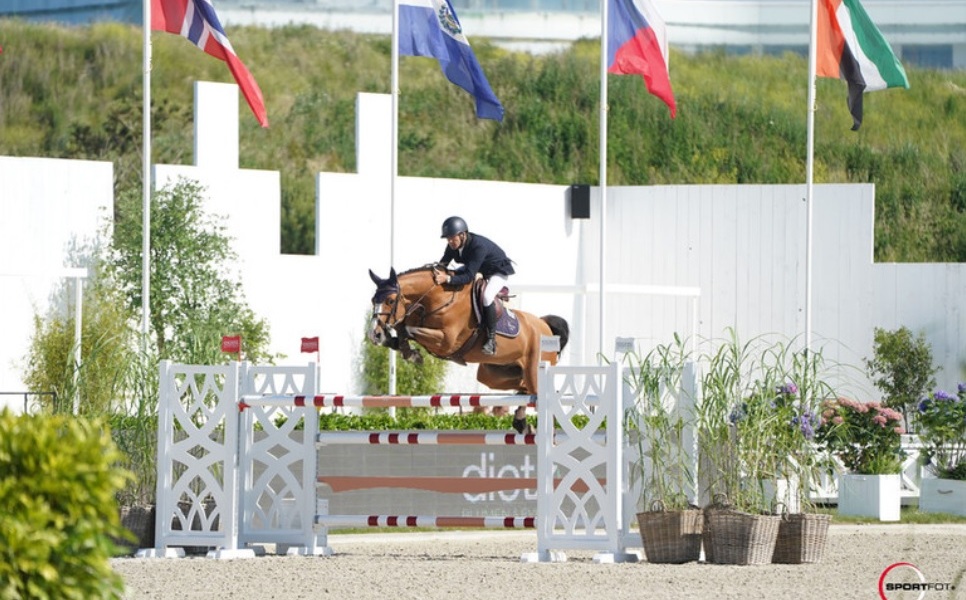 Knokke-Heist, Belgium – June 24, 2021 –  Belgian rider Wilm Vermeir (BEL) scored one for the home team on Thursday. In the Grand Prix-qualification over 1.50m – presented by Artemide – the Flemish rider improved the time to beat set by compatriot Dominique Hendrickx (BEL) in the ranking […]

La Baule, France – June 13, 2021 – Nicolas Delmotte (FRA) and Urvoso du Roch stole the spotlight this Sunday, claiming the win in the €200,000 Longines Grand Prix of La Baule CSIO 5* for Les Bleus on home soil to conclude the 60th edition of the Longines […]

Grimaud, France – May 05, 2021 – This weekend an Olympic atmosphere will prevail at the Hubside Spring Tour in Grimaud. A few weeks before the launch of the 2021 Tokyo Olympics, the first European CSI 5* of the outdoor season will bring together not less than seven […]

Geneva, Switzerland, 20 April 2021 – The world’s top equestrian riders will gather at The Dutch Masters from 23–25 April, to contest the first Major in the Rolex Grand Slam of Show Jumping in 2021. The Rolex Grand Prix, which culminates on Sunday 25 April, is the highlight of the rescheduled […] 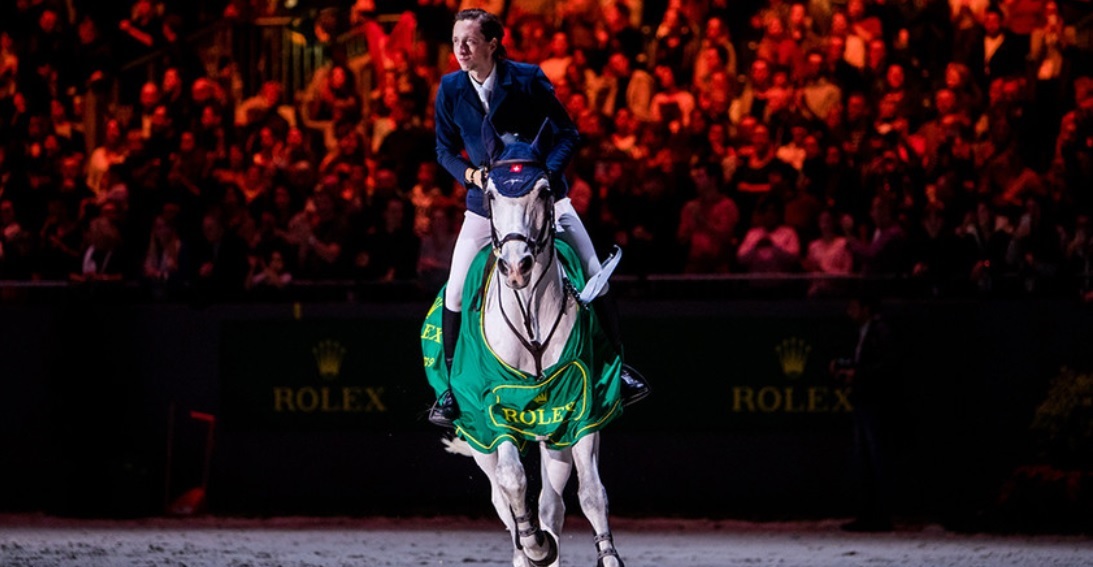 ‘s-Hertogenbosch, Netherlands – April 14, 2021 – Having triumphed in the Grand Prix at the CHI Geneva in December 2019, current world number three-ranked rider, Martin Fuchs (SUI) is the Rolex Grand Slam of Show Jumping Live Contender, and the Swiss show jumper now has his sights firmly […] 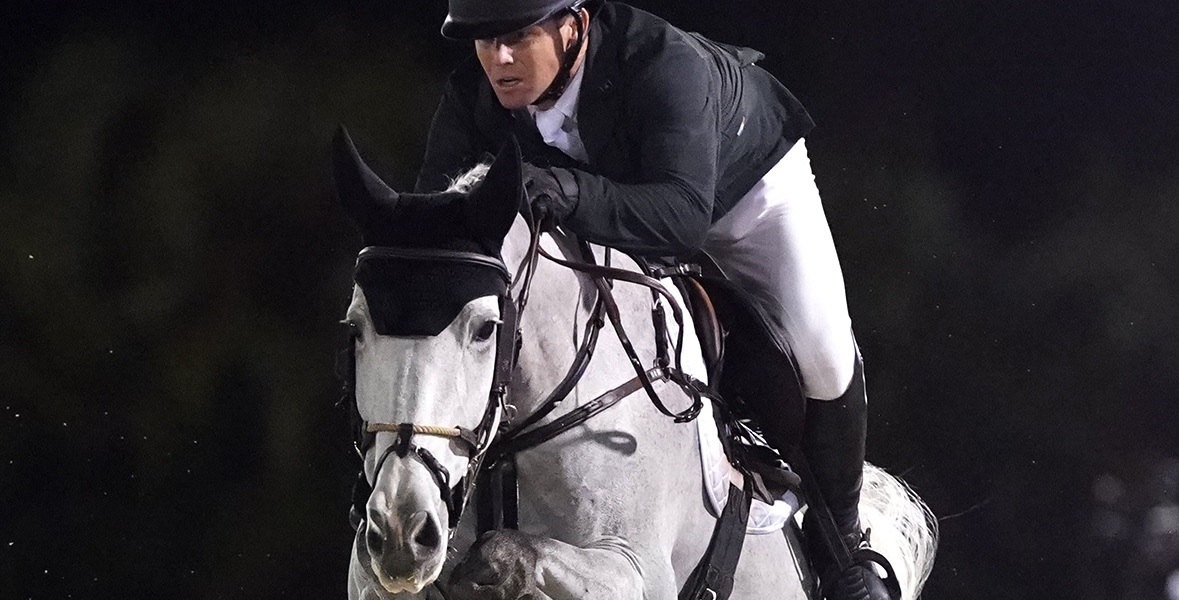 Wellington, Florida, USA – February 13, 2021 – The first five-star grand prix of the season was a treat for show-jumping fans as Shane Sweetnam (IRL) and Alejandro, owned by Sweet Oak, Spy Coast, & Seabrook LLC, sped to the win in the $401,000 Douglas Elliman Real Estate […]

Valkenswaard, The Netherlands – September 09, 2020 – Five-star action is back at the Tops International Arena this week with one of the year’s most exciting events, the GC Valkenswaard CSI 5*.A star-studded field of participants has already been confirmed for what promises to be a “Clash of […]

Grimaud, France – June 17, 2020 – Showjumping’s superstars are back at the Golfe de Saint Tropez this week for the second week of the Hubside Jumping CSI 4*/2*. World number two, Martin Fuchs (SUI) leads a very strong international field of high-ranked riders and their top horses […] 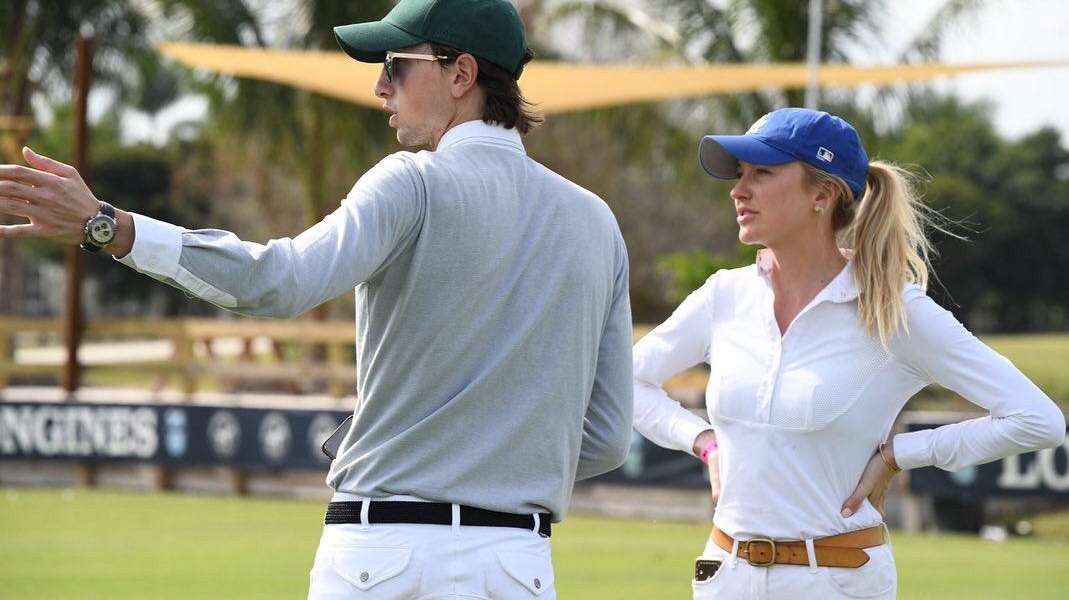 Zurich, Switzerland – June 23, 2020 – It was a Sunday afternoon in Switzerland when international showjumpers Martin Fuchs (SUI) and Paris Sellon (USA) mused over the idea of starting a business together. Fuchs and Sellon decided to extend their already strong long-term personal relationship by going into […]

Wellington, Florida, USA – February 2, 2020 – Swiss rider Martin Fuchs (SUI) showed why he is ranked number two in the world with a win aboard Stalando 2 in Thursday’s $137,000 Equinimity WEF Challenge Cup Round 7 CSI 5* during the seventh week of the Winter Equestrian […]

Martin Fuchs Masters the Course on the Derby Field for a 1-2 in $73,000 CaptiveOne Advisors Classic CSI 4* at WEF

Lausanne, Switzerland – January 03, 2020 – Olympic athlete Martin Fuchs (SUI) has moved to the top of the Longines FEI Jumping Rankings for the first time in his career, overtaking compatriot Steve Guerdat (SUI) who held the number one position for a year. Martin Fuchs (27), now […]

Geneva, Switzerland – December 15, 2019 – Martin Fuchs (SUI) and Clooney 51 mastered all the obstacles and the competition to win the $1,200,000 Rolex Grand Prix CSI 5*, the fourth jewel of the Rolex Grand Slam of Showjumping today during the CHI of Geneva 5*. Course designers […]