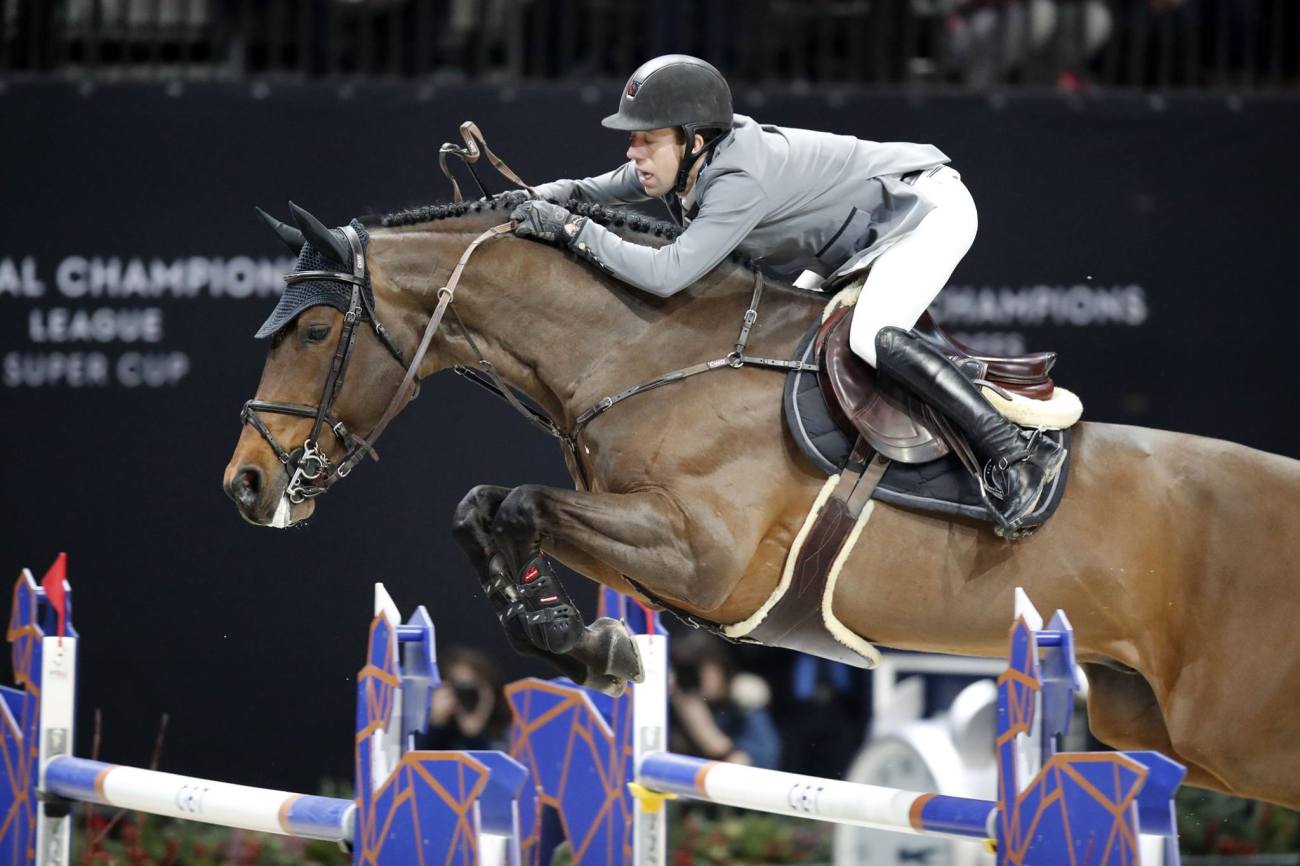 Madrid In Motion were crowned the first-ever GCL Super Cup Champions yesterday after an epic afternoon of sporting drama, unprecedented pressure and historic prize money in one single showjumping competition.

Riders, trainers and owners spoke of the ‘game-changing’ GC Prague Playoffs throughout the weekend, including Marcus Ehning (GER) who said: “We had an incredible show. I have done this sport already a few years and I never saw something like this before. It’s great for the sport and we’re very happy to be a part of it.”

It was the ultimate goal all year for GCL teams and yesterday Madrid In Motion’s squad of Marc Houtzager (NED), Maikel van der Vleuten (NED) and Eduardo Álvarez Aznar (ESP) faced down phenomenal pressure to emerge victorious. Valkenswaard United finished second and Paris Panthers took a prestigious third on the podium. Earlier two of the biggest challengers, London Knights and Montreal Diamonds, crashed out in Round 1 to widespread disbelief.

Madrid in Motion parading victoriously at the O2 Arena

GCL Co-Founder Jan Tops revealed the global circuit will expand to 20 events in 2019 and said of the inaugural GC Prague Playoffs: “We’ve had a picture perfect event, it’s something two years ago we couldn’t have dreamed of. Everyone has contributed to this success – from the team owners, to the riders, the grooms, all our staff, our partners from every leg and especially here in Prague, with the Kellnerova family. Our sport is in a new era.”

The spectacular podium ceremony saw the three top teams parade into the arena with flaming torches as a stunning sound and light show featuring the powerful song “Legendary” reverberated around the arena. The crowd errupted as the Madrid In Motion team raised the beautiful GCL Super Cup trophy. Speaking on behalf of Marta Ortega, Madrid In Motion Team Owner, Alvaro Arrieta Konyay joined the riders and said: “Congratulations for this fantastic show, the best indoor ever. It is unbelievable. We are the Champions.”

Six teams went into the GCL Super Cup Final Round 2 with €6.4 million in total at stake and a whopping €2.74 million for the winners. It was a turbo-charged story of heartbreak and elation for the teams and their fans.

Incredible drama unfolded from the outset as the first two teams to take centre stage in the GCL Super Cup Final exited the tournament with shock eliminations.

Montreal Diamonds’ bid for glory ended in dramatic fashion when Jos Verlooy’s (BEL) ride Igor slammed on the brakes at the final fence, crushing their dream of glory.

Fans were then left shell-shocked as 2018 GCL Championship winners and one of the pre-tournament favourites, London Knights suffered a similar fate. Ben Maher (GBR) and Explosion W have been dominant all season in the LGCT and GCL Championships, but the nine-year-old chestnut twice ran out at the spooky Longines wall and the Knights’ charge was over.

The first clear round of the afternoon came with a masterclass from Marcus Ehning (GER) and Comme Il Faut, pathfinders for Valkenswaard United.

Their performance was immediately matched by Bertram Allen (IRL) and his new ride, the flying grey Harley VD Bisschop. With eight faults to add from Alberto Zorzi and Contanga 3, the boys in blue were straight to the head of the leaderboard.

The kiss-and-cry was brimming with supporters for every team, as tension escalated. Paris Panthers were down the pack with 16 faults but crucially ahead of Scandinavian Vikings who suffered a rather shaky start to the Super Cup Final, posting a team total of 24.

The final challengers in round one, Madrid In Motion made a serious bid to topple leaders Valkenswaard United, also completing with a team total of eight.

The GCL Super Cup Final was down to a mighty quartet of contenders. The atmosphere was electric and the stakes were truly stratospheric. Every stride, every pole, everything would count as they faced another set of power fences.

The Scandinavian Vikings were in first and delivered three clear rounds but all with a time penalty, putting them on a final total of 27. 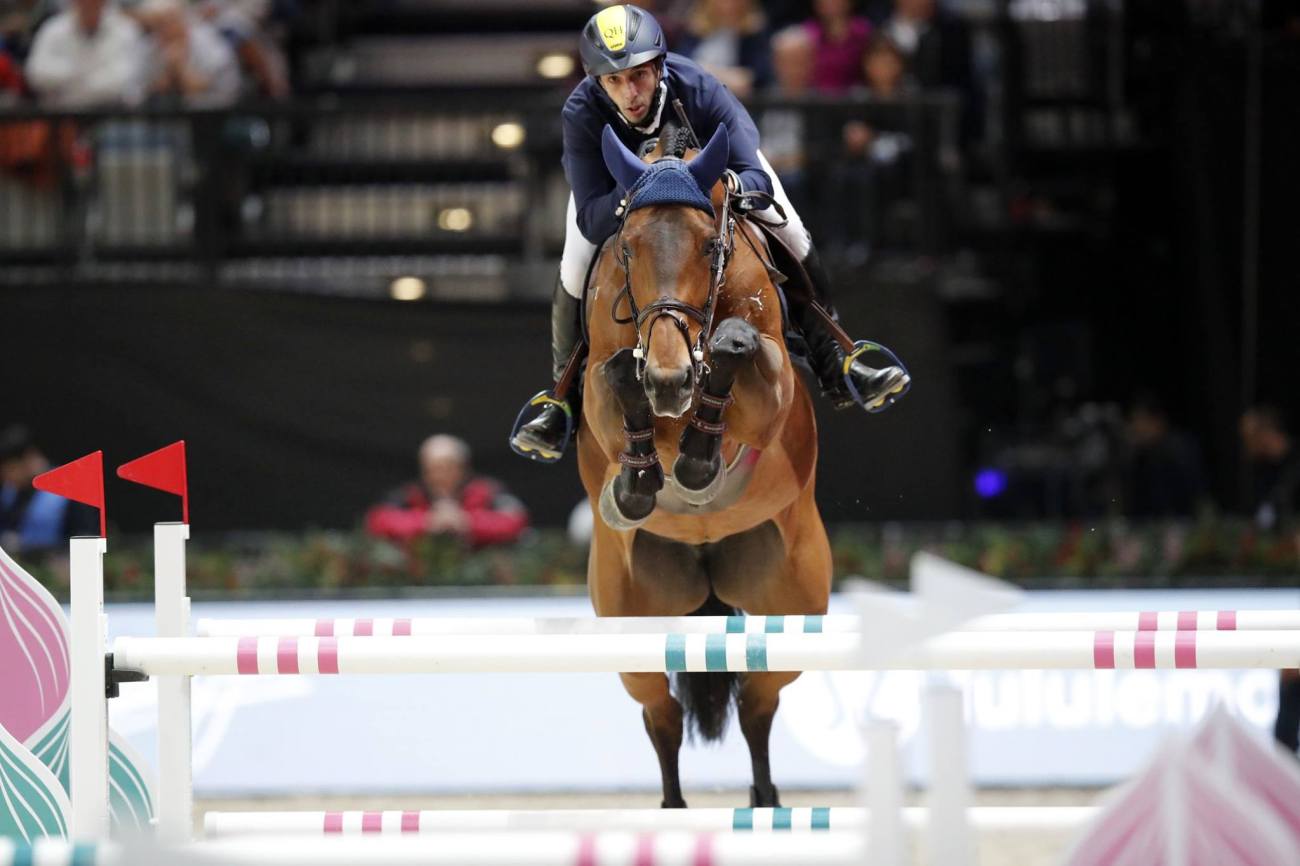 Darragh Kenny (IRL) followed with another 4 faults at the same double combination and a time penalty, leaving them only one point ahead of the Vikings.

Jennifer Gates, Paris Panthers Team Owner and President of Evergate Stables, said: “This was an incredible three days of showjumping. I couldn’t be more proud of the riders representing the team this weekend – they were incredible and gave it their all through the last round, as they have done all year. I’m so grateful to the GCL for putting on this incredible event, and want to especially thank to our corporate partners, Edmiston Yachts, NetJets, Maui Jim and Lululemon for their support. I can’t wait for the 2019 season!”

The tension ratcheted up again as Valkenswaard United went eyeball to eyeball with Madrid In Motion. Marcus Ehning (GER) and his punchy stallion Comme Il Faut added four to the team score, knocking a pole in the middle of the triple combination. Amazingly he finished bang on the time allowed of 64 seconds. Bertram Allen and his new ride Harley vd. Bisschop produced a stunning clear.

It was down to Alberto Zorzi (ITA) and Contanga 3 to stay clear, but he picked up a costly 4 faults at the troublesome double combination and a time penalty, putting the team on a final total of 17.

It was all down to Madrid In Motion, entering Round 2 on 8 faults, to seal the win – or lose the Championship. 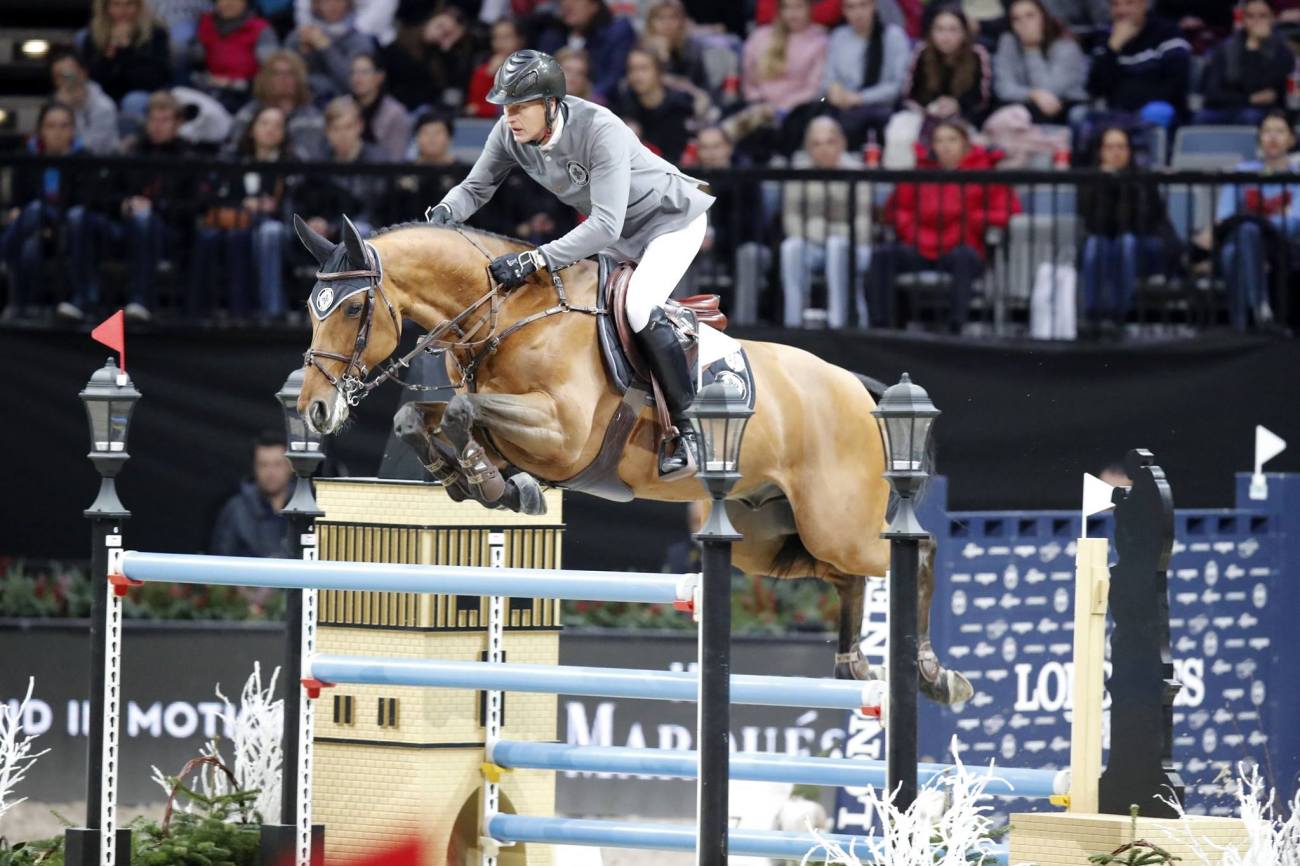 Marc Houtzager (NED) and Sterrehof’s Calimero, ice cool under pressure, punched the air in tremendous relief after a world class clear round with only one time penalty. 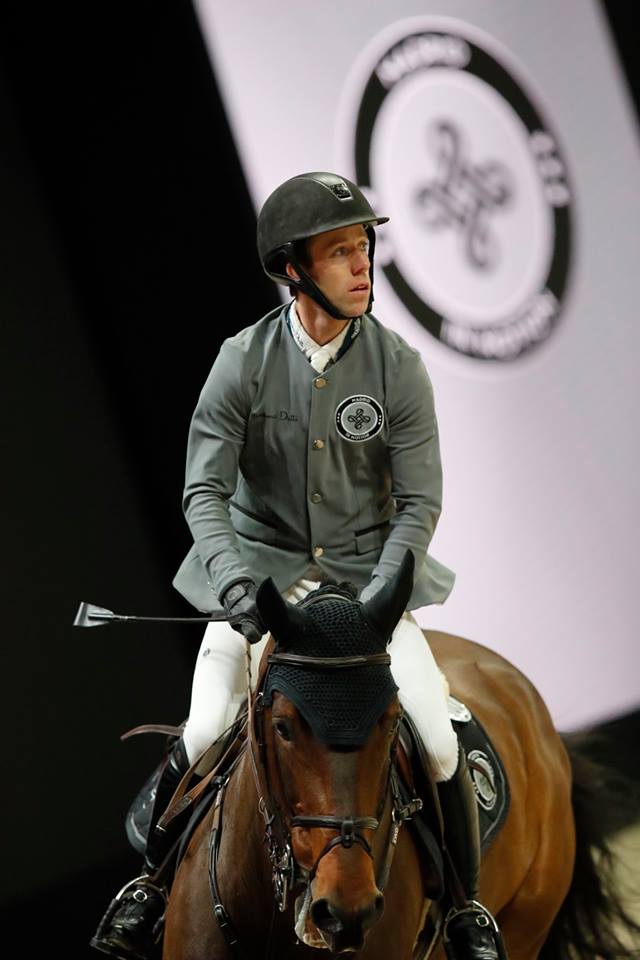 Maikel van der Vleuten (NED) and the 16-year-old superstar Verdi TN did the business with another clear round but picked up one time penalty.

Final rider Eduardo Alvarez Aznar (ESP) and Rokfeller de Pleville Bois Margot stood up to unbelievable pressure with a rock solid round leaving them on a team score of 10 and GCL Super Cup Champions to massive cheers from the crowd.

The GCL concept has attracted new fans and new investors as team owners in the sport. Before today’s final the six qualified teams, out of a total of 19 who started the 2018 season, were celebrated in the dazzling Walk of Champions ceremony in front of a sell-out crowd at the O2 Arena in Prague. On Friday the GCL Super Cup semi-finals were a high adrenaline rollercoaster with six teams being relegated and six going through to today’s finals. There was no let up in pressure until the final moment of the Final.

After an amazing four days of top sport at its best and spectacular entertainment featuring special effects not seen in show jumping before, the first edition of the GC Prague Playoffs were declared a “milestone” in the history of the sport.