Alberto Zorzi (ITA) became the fifth rider in history to win The Turkish Airlines Olympia Grand Prix CSI 5* back-to-back when he produced an incredible burst of speed to outdo his four rivals in the jump-off and bring a brilliant five days of jumping to an enthralling close. […]

The ¡HOLA! Trophy never disappoint all the fans who want an appetiser of what will be a weekend of competition loaded with emotion thanks to the best riders in the international ranking. The first CSI 5* class of this VI edition of IFEMA Madrid Horse Week CSI 5*-W […] 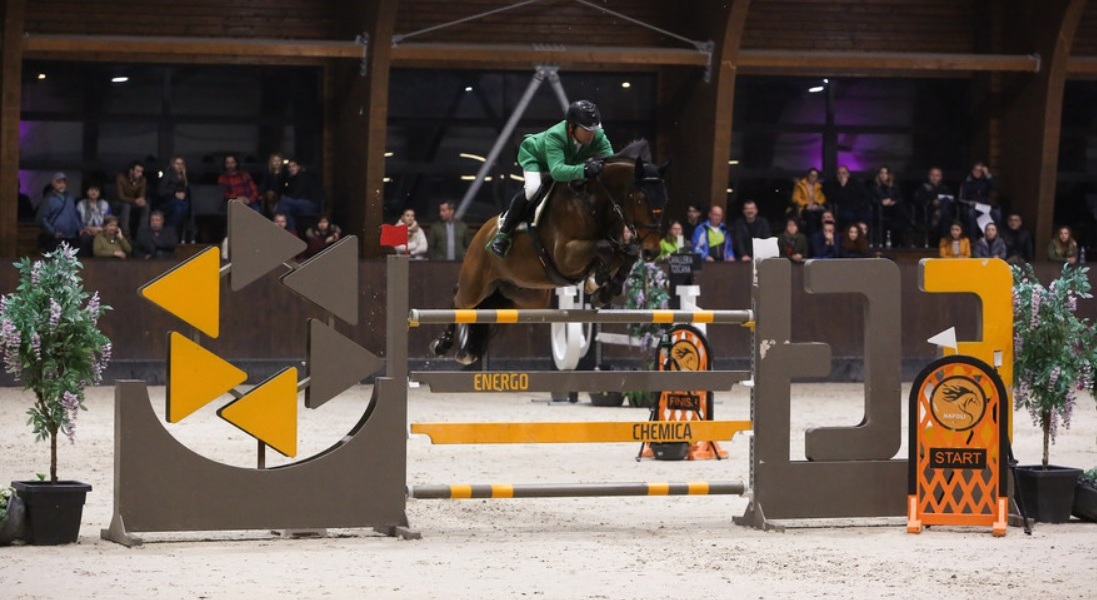 Gianni Govoni (ITA) and Lucaine won the €25,100 Coca-Cola Prize CSI 4* yesterday during the X-Bionic Indoor Master CSI 4* at the X-Bionic Equestor Sphere in Samorin, Slovakia. The Italian and the 13-year-odl bay Westphalian gelding (Lenardo x Salamander) overcame all the 1.50m obstacles on the course throughout […]

He’s the darling of Italian showjumping and always has a smile on his face, so the crowd went wild with excitement when Lorenzo de Luca (ITA) galloped to victory in the €25,000 Safe Riding Speed CSI 5* competition at Jumping Verona 2018. The 31-year-old who is ranked 16th […]

The weekend is just around the corner, perfect time to watch top showjumping while grabbing a bite or simply relaxing in the comfort of your home or on the go wherever you are. The main attraction this week is the Jumping Verona CSI 5*-W, event that also hosts […]

A world-class line-up of riders and their amazing horses are set to compete this week during Jumping the Verona CSI 5*-W and the third leg of the Longines FEI Jumping World Cup – Western European League, both held during the 120th edition of the Fieracavalli in Verona, Italy. […]

The Italian anthem was heard for the second straight Sunday as Juan Carlos Garcia (ITA) and Cocodrillo claimed top honors in the €27,650 Grand Prix CSI 3* last Sunday during the Vilamoura Champions Tour CSI 3* at the Vilamoura Equestrian Centre in Vilamoura, Portugal. The Italian and the […]

Michael Cristofeletti (ITA) & Belony won the €25,450 Seacon Logistics Grand Prix CSI 2* last Sunday at the Equestrian Centre de Peelbergen in Kronenberg, the Netherlands. The Italian and the 11-year-old chestnut Hannoverian gelding (Balou du Rouet x Raphael) secured the victory by being the fastest of the […]