It’s summer, showtime showjumping at its best in Europe and North America. Four major events take place this week and the competition promises to be as fierce as ever in Monaco as both the Longines Global Champions Tour of CSI 5* and Global Champions League determine title contenders […] 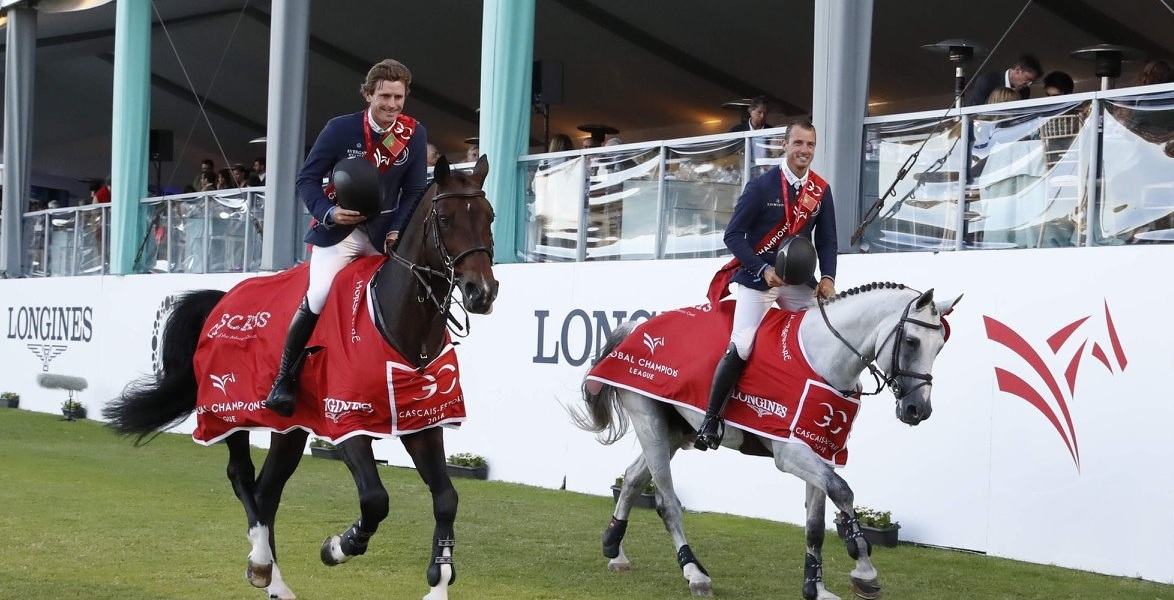 Paris Panthers’ duo of Gregory Wathelet (BEL) and Darragh Kenny (IRL) stormed to a sensational win in a thrilling GCL Cascais, Estoril showdown. As the Championship gallops to the midway point, the Panthers pulled out all the stops amidst challenging weather conditions to convert their R1 pole position […]

The stage is set for us to find out which team will be on pole position for the decisive round of the Global Champions League (GCL) of Cascais. The starting order for teams, riders and their horses for this evening’s competition is the following: 1) MONACO ACES Simon […]

It’s showtime for great showjumping this week as the Longines Global Champions Tour (LGCT) and Global Champions League (GCL) are in action for the eighth leg of their championship series. You can watch your national heroes compete in these two great events and several other major ones on […] 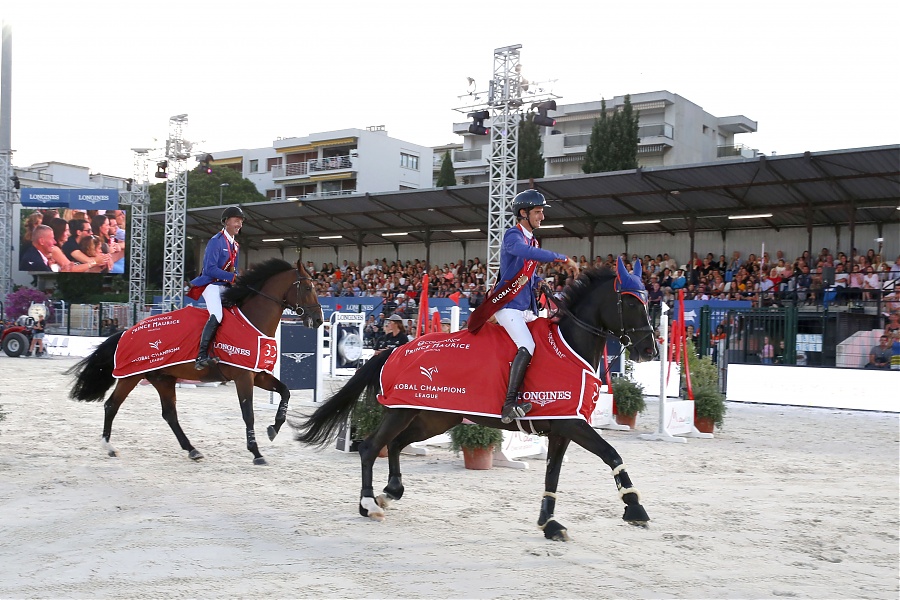 Valkenswaard United’s Alberto Zorzi and Jur Vrieling pulled out an oscar-winning performance in last night’s GCL Cannes, rising from 7th to take a spectacular win on the French Riviera. Last night’s GCL Cannes was a blockbuster, with drama right down to the final fence as United rose to […]

Just when you thought it couldn’t get any better, another jam-packed weekend with lots of prancing and dancing taking place all over the world. The Longines Global Champions Tour (LGCT) CSI 5* and Global Champions League (GCL) lead the way as the temperatures keep rising in the Northern […]

The London Knights have increased their margin of lead in the 2018 Global Champions League (GCL) overall standings after another solid performace, adding 25 additional points as a result of a third-place finish in the sixth leg of the championship league series during the Longines Athina Onassis Horse […]

Shanghai Swans’ pairing of Pedro Veniss and Daniel Deusser took home a spectacular win in an edge-of-the-seat showdown at the GCL Ramatuelle/Saint Tropez final, as London Knights extended their overall ranking lead. Just metres from the world-famous Pampelonne Beach, the action went down to the wire as the […]

Shanghai Swans’ Daniel Deusser and Pedro Veniss soared to a second pole position of the season after a challenging GCL first round tested the world’s best on the French Riviera. Just a short stroll from the turquoise waters of the famous Pampelonne Beach, the show is nestled in […]