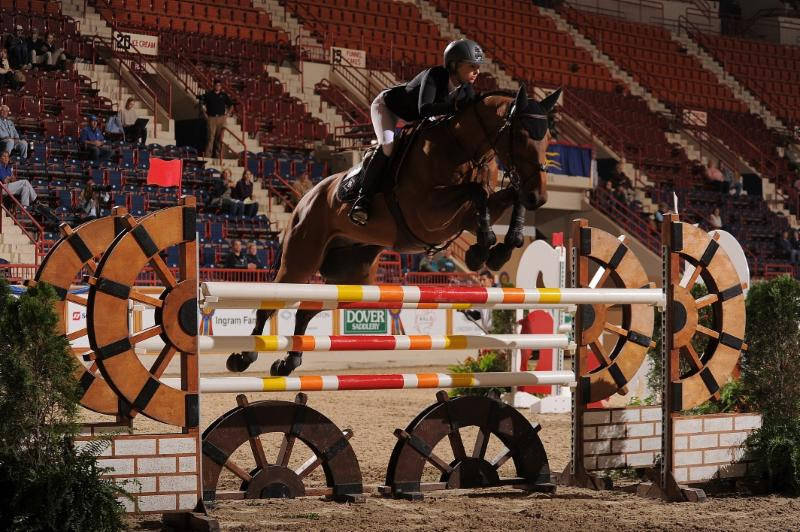 The crowd of the Salon du Cheval d’El Jadida witnessed great sport yesterday afternoon for the ultimate day of the Morocco Royal Tour’s eighth edition. After a three weeks marathon of competition, the fatigue was felt and made the victories even better. Final point of a new successful […] 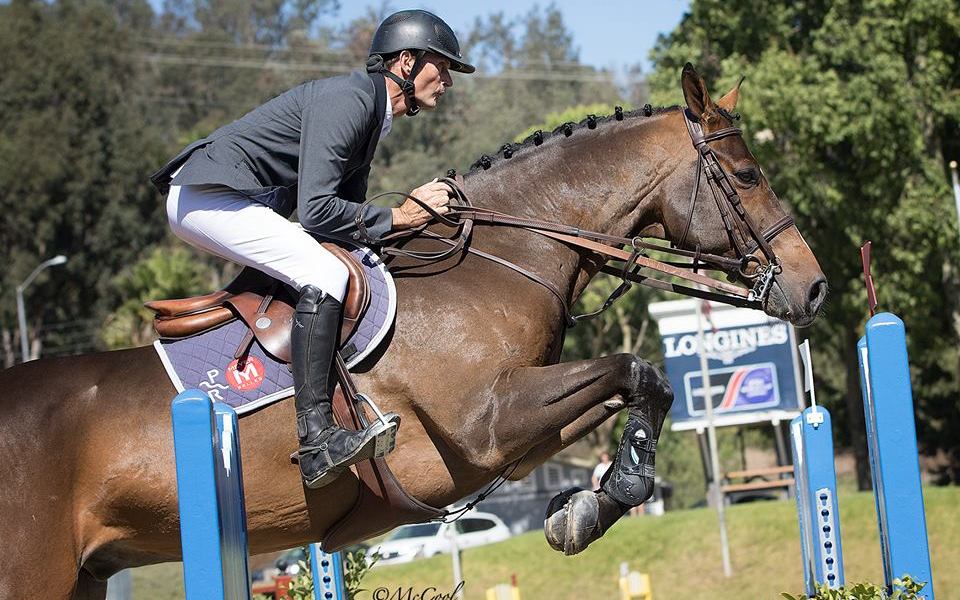 Mckayla Langmeier (USA) captured the final class of the Under 25 division, the $20,000 Under 25 Jumper Classic, sponsored by Peacock Ridge Farm. Riding Iliano van D’Abelendreef, owned by Linda Langmeier, the 17-year-old resident of East Granby, Conn. bested a field of 15 talented riders for the win. […]

Christina Kelly (IRL) & Eckham van het Steentje won the $10,000 U-25 Jumper Classic last Saturday during the Tryon Fall Series at the Tryon International Equestrian Center (TIEC) in Mill Spring, North Carolina, USA. Despite having one pole down during the jump-off, the Irish rider took the advantage of being the […] 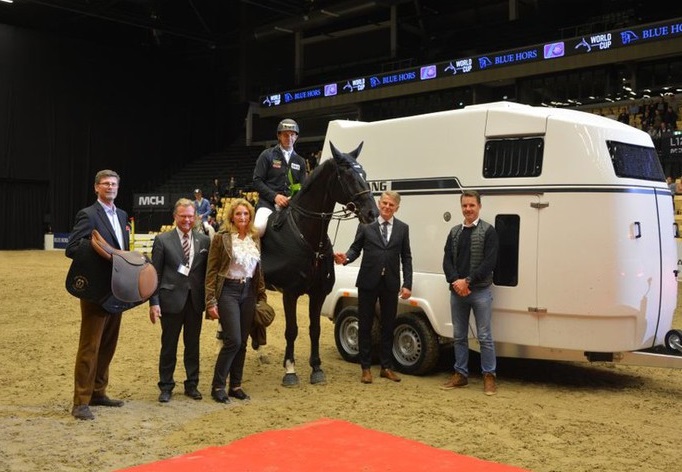 In a repeat of last night’s competition, late to go in the jump-off of the $35,000 Tractorland Cup, Jim Ifko and his striking stallion Un Diamant des Forets took the lead with a fast, clean, and applause driven jump-off. For the second night in a row, he walked […] 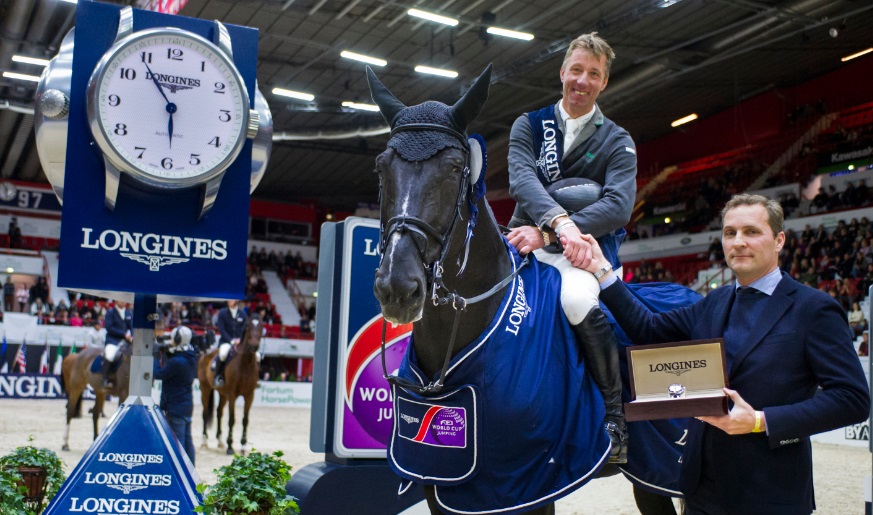 The Netherlands’ Jur Vrieling (48) claimed a convincing victory in the second leg of the Longines FEI World Cup™ Jumping 2017/2018 Western European League at Helsinki in Finland today. And it was a truly tough test, with the confines of the small Ice Hall arena proving simply too […]

The signature event of the Del Mar International World Cup™ Week did not disappoint as 29 of the best horses and riders in North America took a shot at $100,000 in prize money and the chance to earn valuable points in the Longines FEI World Cup™ standings. This […] 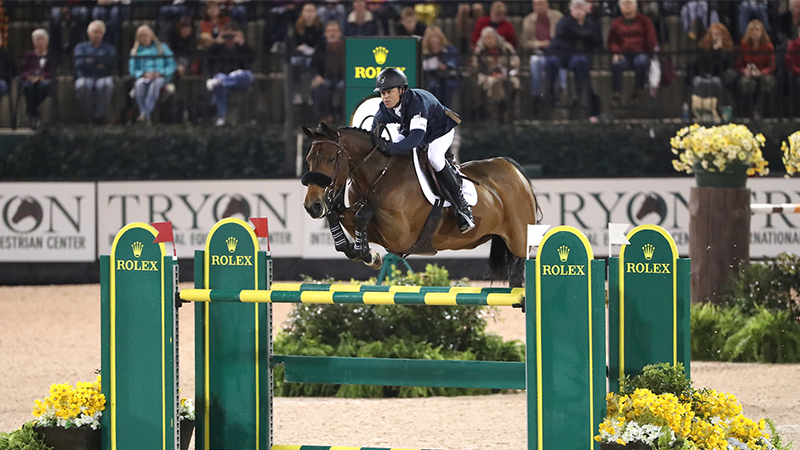 A great dose of temerity and maybe a bit of luck were required to win the Prix MAPM CSI3*-W at 1,45m. France Simon Delestre is a master in the matter, used to technical speed classes. This Friday, he proves once again his qualities as a champion dominating the […]

Harrisburg, Pa. – October 20, 2017 – Molly Ashe of Wellington, Fla., and Picobello Choppin PC, owned by Louisburg Farm, raced to the top in the $35,000 Keystone Classic, sponsored by the World Equestrian Center. Ashe had aimed for the speed class all season, so the win made the trip […]

Mckayla Langmeier and Iliano van D’Abelendreef  © Al Cook – http://www.alcookphoto.com Harrisburg, Pennsylvania – October 21, 2017 – Only three entries went double clear out of the five who made it into the jump-off on the Bernardo Cabral-designed course. Lucy Deslauriers set the mark on Hamlet, owned by Lisa Deslauriers, leaving the […]

The race was on Friday afternoon at the Del Mar Horsepark as 39 horses and riders took to the Grand Prix field for the $36,500 Del Mar speed class during the Del Mar International World Cup Week. The 1.45m course was designed by Alan Wade of Ireland and consisted of […]

Mill Spring, NC – October 19, 2017 – Tryon Fall V continued on Thursday, October 19, at Tryon International Equestrian Center (TIEC) with yet another fast-paced victory for Marilyn Little (USA) and Clearwater in the $130,000 Suncast® Commercial Welcome Stake CSI 5*. The pair sped through the jump-off track in […] 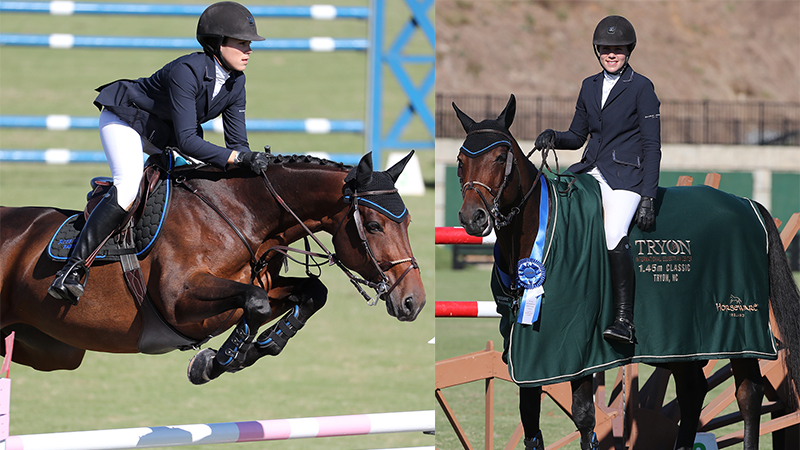 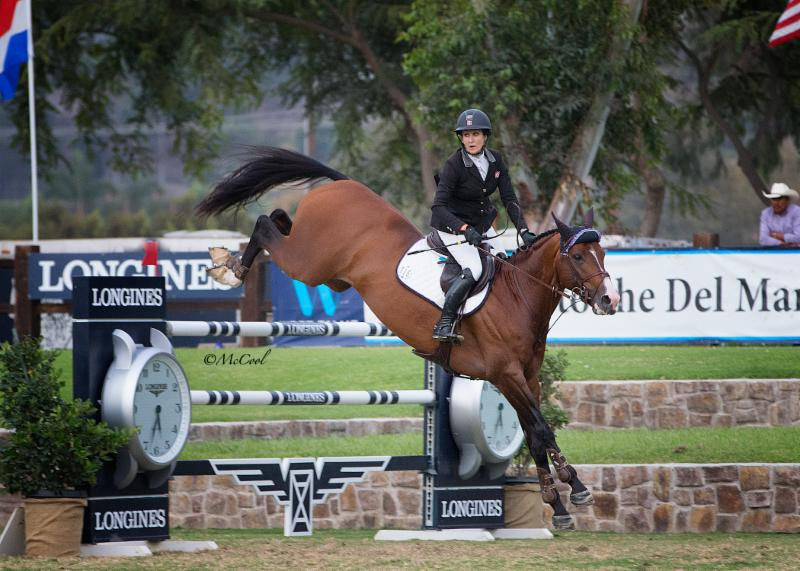 Del Mar International World Cup™ Week heated up fast on Thursday afternoon with the first FEI Grand Prix of the week, the $36,500 Grand Prix Qualifier. A large field of 54 horse and rider combinations tackled the first round 1.50m course for a chance to earn a share of the […] 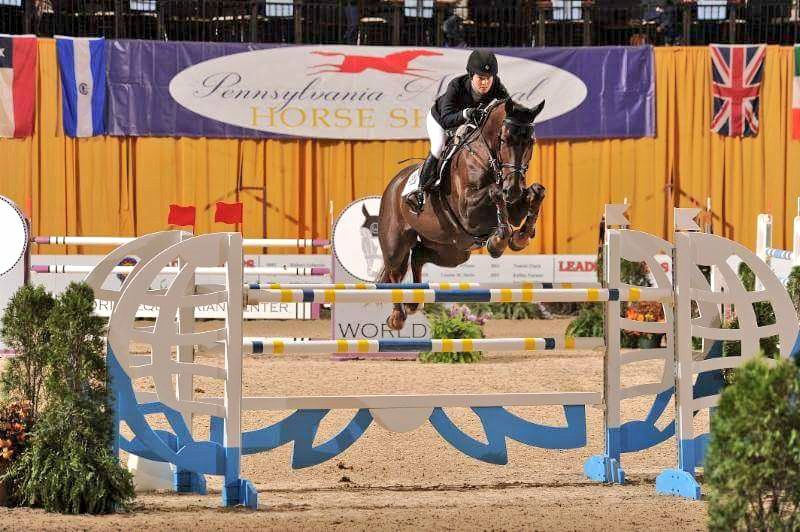 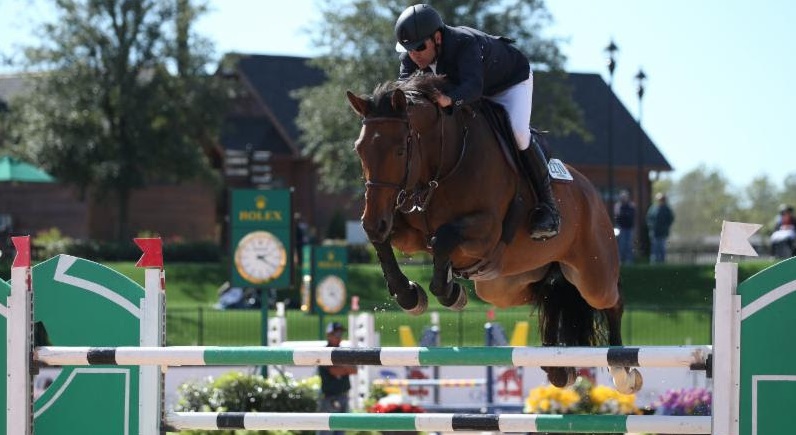 Marilyn Little and Clearwater in their presentation ceremony with Tom, Jeannie and Lauren Tisbo of Suncast®.  The $35,000 1.45m Power & Speed CSI 5* saw top honors awarded to Santiago Lambre (MEX) and Casino N, as the pair dashed through the finish to stake claim on the first […]

Del Mar International World Cup™ Week heated up fast on Thursday afternoon with the first FEI Grand Prix of the week, the $36,500 Grand Prix Qualifier. A large field of 54 horse and rider combinations tackled the first round 1.50m course for a chance to earn a share of the […]

It might still be a little bit cold in most parts of Europe but the sun shines much brighter during the Vilamoura Atlantic Tour at the Vilamoura Equestrian Centre in Portugal. Besides great weather and beautiful surroundings, it is known for its cozy ambiance, one that affords moments of pure […] 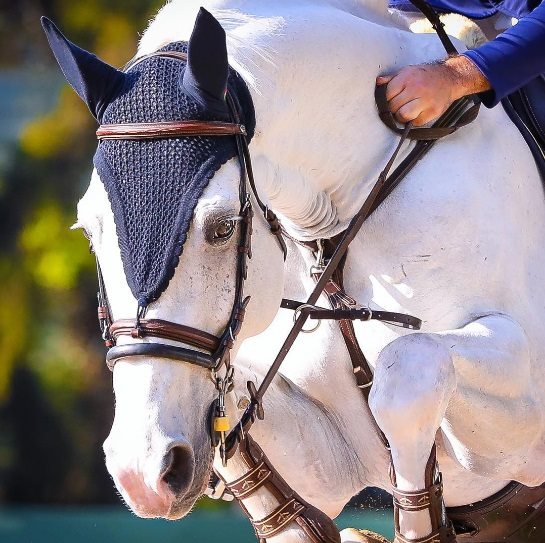 As White as Grey Gets! 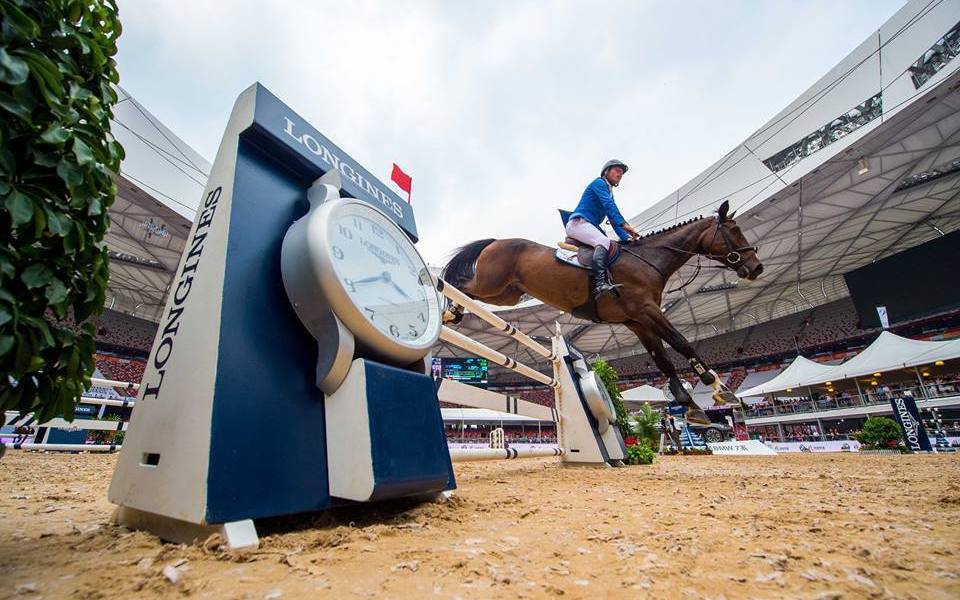 Christian Ahlmann (GER) flying high with style in the Bird’s Nest Olympic Stadium during the Longines Equestrian Beijing Masters in China. The events is back again this year, taking place this week and you can watch the classes live on ClipMyHorse.TV Deutschland by clicking on the live streaming link below. […]