Guadalajara, Mexico – January 18, 2020 – Salvador Oñate (MEX) and Happiness Van’T Paradijs won the $535,000 Clasico CSI 3* yesterday during the Triple Copa Scappino CSI 3* at the Guadalajara Country Club. Twelve combinations advanced to the jump-off of the 1.45m challenge, with the Mexican and the […] 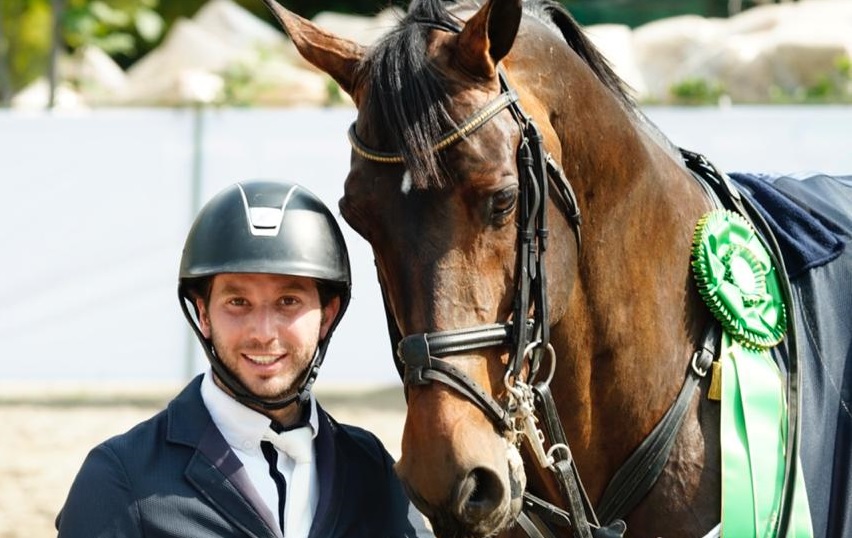 Guadalajara, Mexico – January 18, 2020 – Andres Torres Hernandez (MEX) and Chabacon claimed their second major victory in as many days, topping the MXN $1,070,000 Jump-off Class CSI 3* yesterday during the Triple Copa Scappino CSI 3* at the Guadalajara Country Club. The Mexican and the 12-year-old […]

Lausanne, Switzerland – December 17, 2019 – The Fédération Equestre Internationale has released a statement announcing that they have reallocated Canada’s Team Jumping Quota for the Olympic Games to Argentina. The announcement states the following: The FEI has reallocated one of the three Tokyo 2020 Olympic team quota […]

Paris, France – December 08, 2019 – Carlos Enrique Lopez Lizarazo (COL) and G&C Arrayan triumphed in the €50,200 Laiterie de Montaigu Prize CSI 5* last night during the Longines Masters of Paris CSI 5*/2*. Last to go among the seven combinations who had qualified for the jump-off, […]

The temperatures have dropped in the Europe and North America but the indoor season promises to keep emotions high this week at several important horse shows. The main attraction is certainly the Madrid Horse Week CSI 5*-W/2*, event that features the sixth leg of the Longines FEI Jumping […]

Quarteira, Faro, Portugal – November 10, 2019 – Paloma Jimenez-Carmona Gonzalez (ESP) and Sherie Star were the winners of the €50,200 Grand Prix CSI 3* in the Francisco Moura Arena during the sixth and final week of the Vilamoura Champions Tour at the Vilamoura Equestrian Centre in Portugal. […]

Riders & Horses for CSIO 5* of Gijón

Gijón, Spain – August 27, 2019 – It’s the final week of the summer show season in Europe and there are still several important outdoor taking place. The CSIO 5* of Gijón promises to be one of the main attractions this week in the old continent. The competition […]