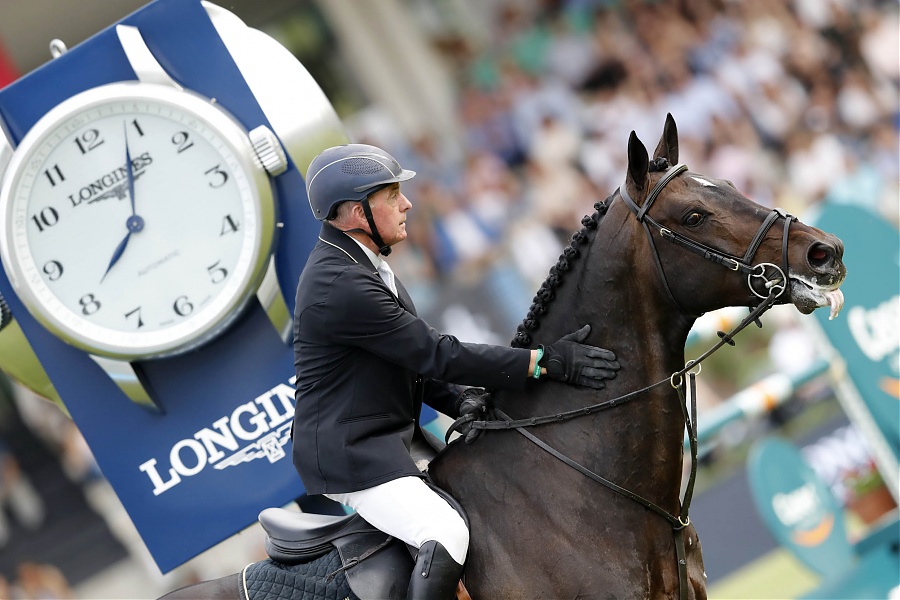 London, England – January 14, 2020 – John Whitaker (GBR) has decided to retire his top horse, Argento, from competition. The legendary British rider and the 18-year-old Anglo-European Sport Horse stallion (Arko III x Gasper) formed a winning partnership, one that resulted in 34 FEI victories, many of them five-star classes.

Their last win together came in the Two-Phase CSI 3* class at  the Jumping International de Valence CSI 3* last August. Shortly after, the stallion fell ill and had had to undergo an emergency major hernia operation. He has made a remarkable recovery since then and is fit again to compete. However, it was decided that he will focus on breeding career.

Bred by Keeley Durham, he was crowned the best showjumping in 2015, after leading the the WBFSH rankings. Perhaps, the greatest achievement of his career was winning the 2016 Longines Grand Prix during the Longines Athina Onassis Horse Show (LAOHS) in Saint Tropez, France. The list of Grand Prix victorious below highlights the great career of this amazing horse: