Geneva, Switzerland – December 15, 2019 – Martin Fuchs (SUI) and Clooney 51 mastered all the obstacles and the competition to win the $1,200,000 Rolex Grand Prix CSI 5*, the fourth jewel of the Rolex Grand Slam of Showjumping today during the CHI of Geneva 5*.

On the Swiss side, young Bryan Balsiger (SUI) made the crowd go wild, delivering one of eleven perfect rounds riding Clouzot de Lassus. World number one and two in the world, Steve Guerdat (SUI) and Martin Fuchs (SUI) were clear: the latter one wanted to win his first Major in Geneva while the first was hoping to win his fourth Rolex Grand Prix here.

Eleven riders in the jump-off and three Swiss for the win. The Irishmen were tricked in a jump-off that required big strides and sharp turns. No crazy option there: you “only” had to go very, very fast. Jérôme Guéry (BEL) riding the exceptional Quel Homme de Hus (Quidam de Revel x Candillo) was the first one to steal the show  delivered a superb clear in 39.07 seconds, a mark that would earn them bronze honors.

But Martin Fuchs (SUI) wasn’t to be forgotten, the reigning European champion took every risk with his fabulous Clooney.” The Swiss and the 13-year-old grey Westphalian gelding (Cornet Obolensky x Ferragamo) claimed the jackpot of $400,000 Swiss francs after a daring performance in 38.60 seconds. I had to be very focused in the first rounds, he was a little behind the leg, said 27 year old rider, but in the jump-off, I knew I could ask him everything,” said the winner.

Taking strides out everywhere, the young Swiss star and the more than half-a-second faster ! What a challenge for the remaining riders…. 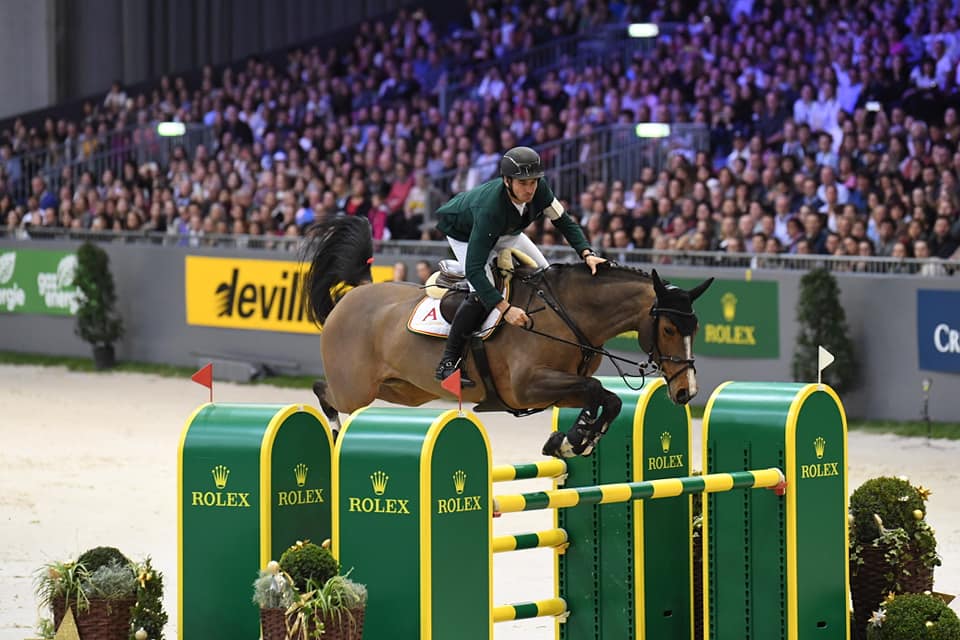 Despite their efforts, even Steve Guerdat (SUI) and Albfuehren’s Bianca couldn’t catch up, finishing fourth with no penalties and a jump-off time of 39.66 seconds. 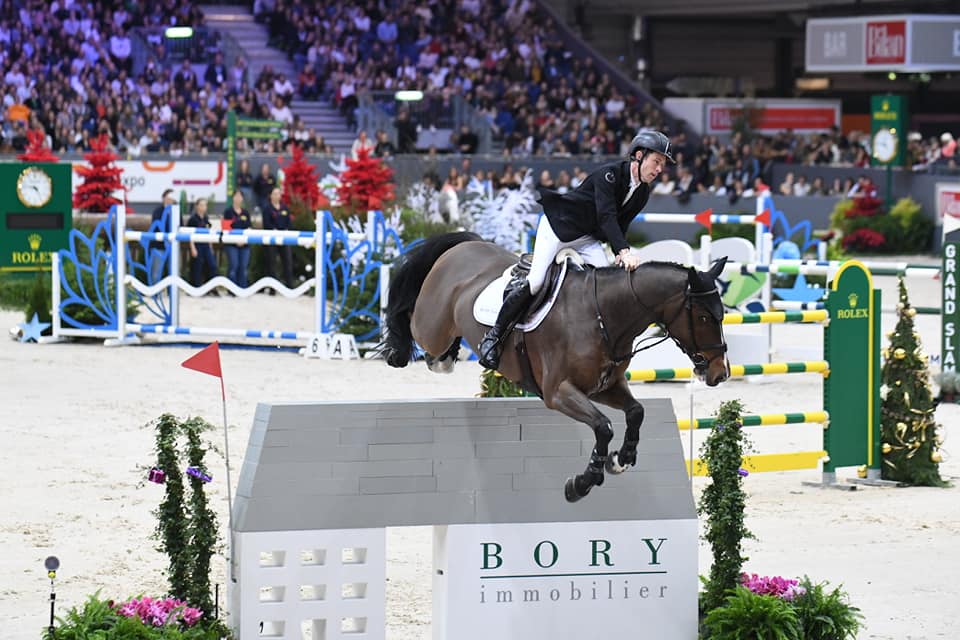 The only winner of the Rolex Grand Slam to this day (2014-15), Scott Brash (GBR) brought silence to the arena. Ahead of time in all intermediate measures, the crowd held their breath… The Brit finished second aboard Hello Senator (Carambole x Indoctro), only five-hundredths of a second behind Martin! “I probably lost a little bit of time before the last fence, the stride didn’t come the way I wanted,” said Brash.

Tribunes, full to the max, witnessed the first victory of their colt Martin Fuchs (SUI) in a Rolex Grand Slam Major. Furthermore, in Geneva, his second home. “Steve now has to share his garden a bit since there is no more show in Zürich, he laughed.

Climbing on the highest step of the podium tonight has a particular flavor. The road was long to get here and I am really proud of what I accomplished today. Thank you Geneva and thank you Clooney!”