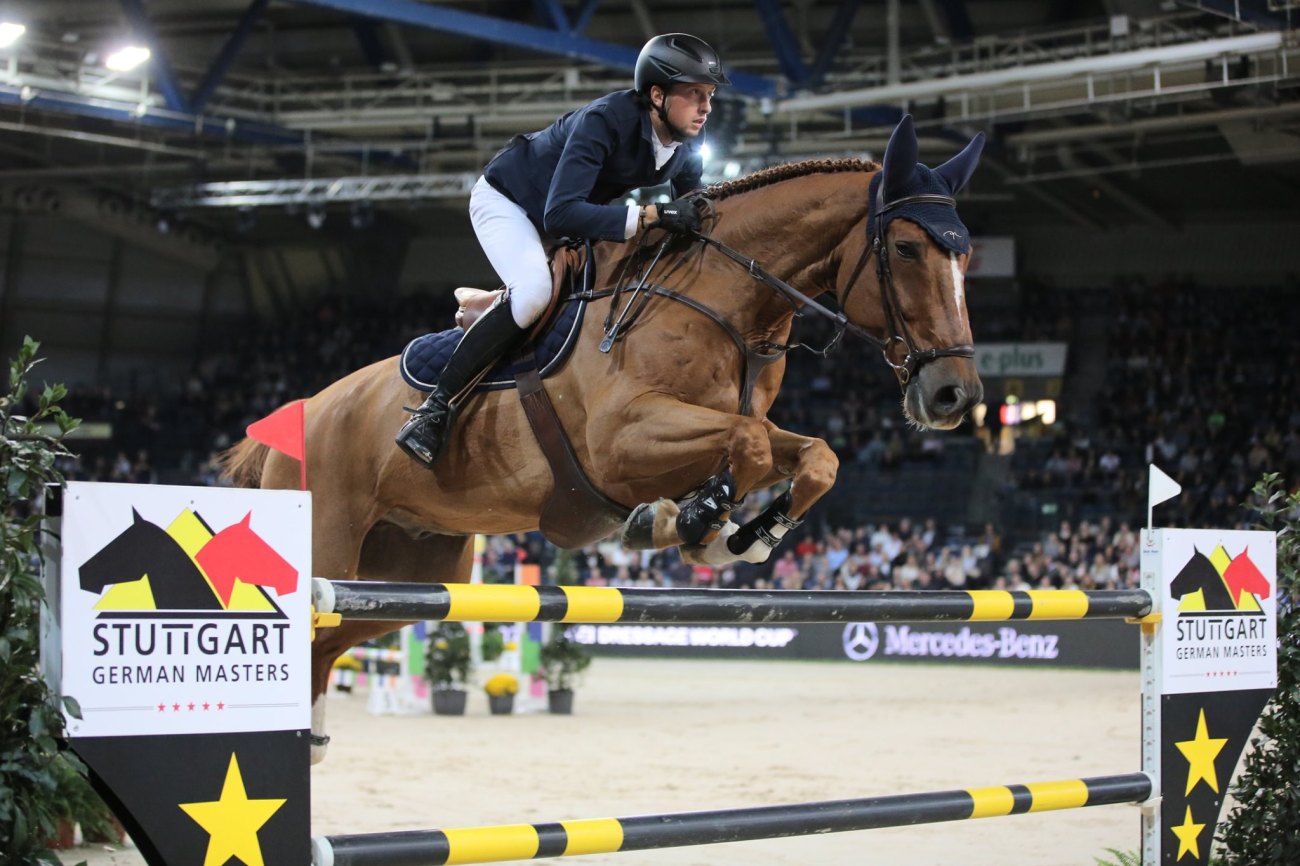 Stuttgart, Germany – November 15, 2019 – Boy that was close! Switzerland’s Martin Fuchs (SUI) and Tam Tam du Valon won the €115,000 Mercedes German Master CSI 5*, the second most important class at the Stuttgart German Masters CSI 5*-W, securing the victory by the narrow margin of 46 hundredths of a second late on Friday evening.

Only the 12 best riders from the two qualifying classes on Thursday and Friday earned themselves the right to contest the Mercedes German Master. The 7,800 crowd in the Hanns-Martin-Schleyer-Halle for the evening session were thrilled to bits by the all-action class – earlier on in the day 3,400 watched the four competitions. 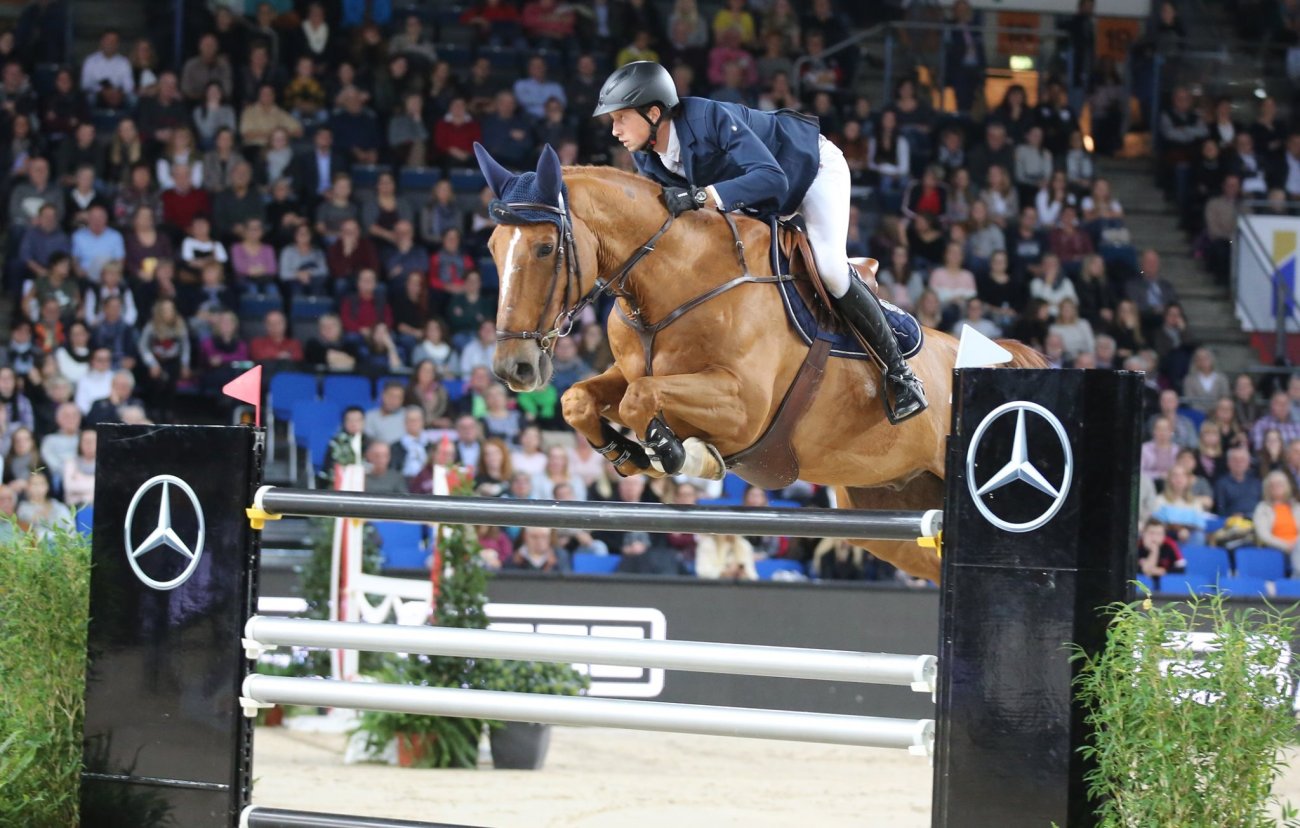 In the three rider jump-off where Fuchs was joined by the two Germans, Hans-Dieter Dreher (GER) and Daniel Deußer (GER) after they had all posted first round clears, the Swiss sped around the course once again faultlessly in the saddle on the 12-year-old Selle Français gelding (Ogrion Des Champs x Quidam de Revel) to record a time of 33.26 seconds. 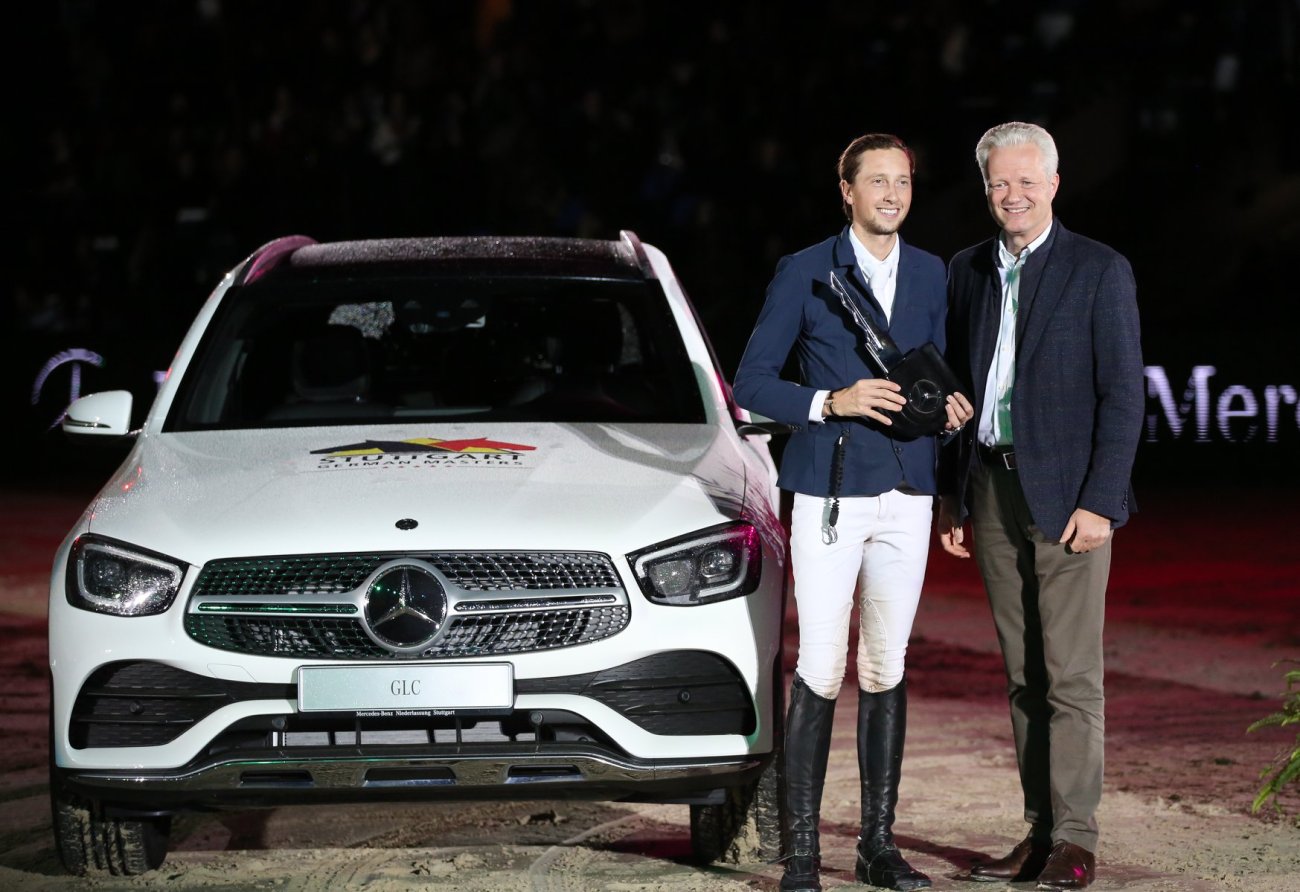 It secured him the winner’s prize of a Mercedes GLC 220 d 4 Matic, worth approximately 65,000 euro. “Yes, I’ve got it, I’ve got it,” screamed Martin Fuchs when, after the lap of honour, he got out of his new car – the first of his career – in front of the hall waving the oversized key.

Second was local hero “Hansi” Dreher (GER), who in 2013 was the first rider from the state of Baden Württemberg to win the Grand Prix of Stuttgart. This time Hans-Dieter (GER) rode Berlinda (Berlin x Gento) towards a double clear, finishing second in 33.72 seconds.

Daniel Deußer (GER) in the saddle on the nine-year old mare Killer Queen VDM (Eldorado van de Zeshoek x For Pleasure ) rounded out the top with a final effort that resulted in four-penalty points, stopping the timers in 34.37 seconds.

Mercedes-Benz Sales Director at the Stuttgart dealership Jürgen Walker congratulated Fuchs on his “fabulous winning ride – it was on a knife edge right up until the end.” 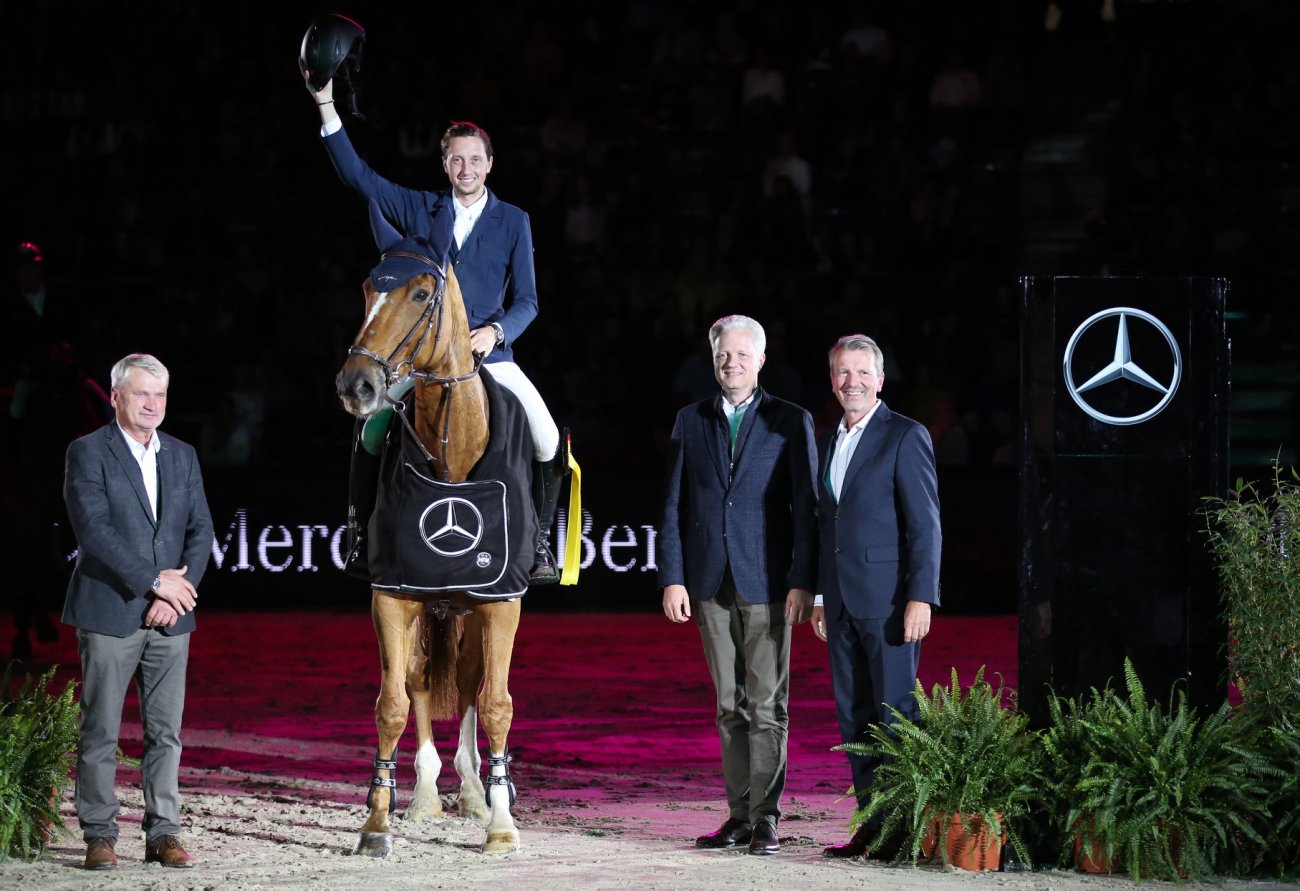