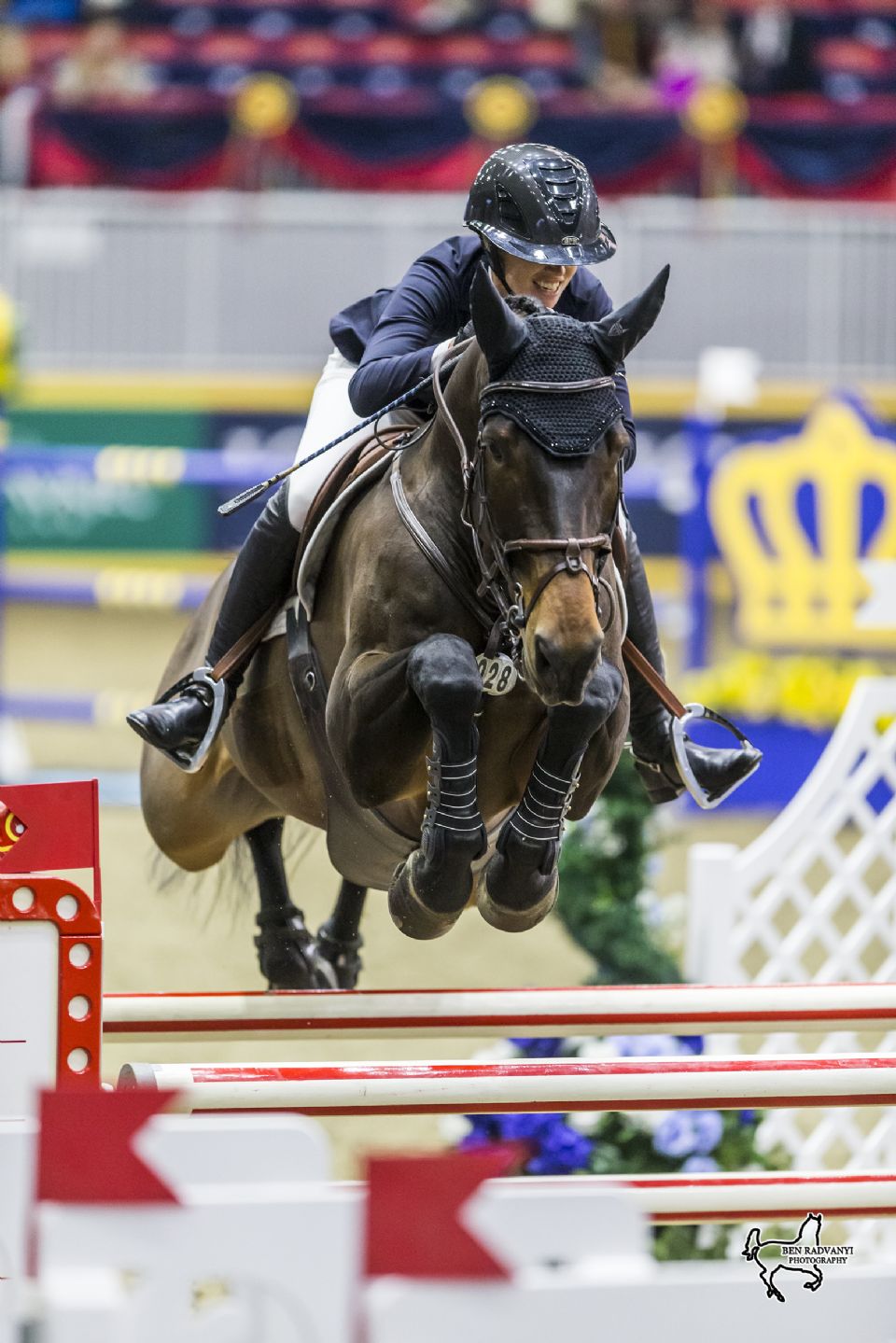 Beth Underhill (CAN) & Count Me In

Beth Underhill (CAN) came the closest to catching Millar’s time of 57.97 seconds but when the clock stopped at 58.33 seconds, Underhill settled for second place with Count Me In, a 12-year-old Hanoverian gelding (Count Grannus x Sherlock Holmes) owned by Sandy Lupton and Robert Caswell.

Millar claimed her first Canadian Show Jumping Championship title in 2017 riding Heros and came agonizingly close to defending the title in 2018 when she finished runner-up to Nicole Walker (CAN).

“The Canadian Championship is a gift that The Royal gives to us Canadian riders,” said Millar, who watched her father, Ian Millar, claim 12 Canadian Show Jumping Championship titles over the years.  “It’s prestigious, so I’m hoping to hold it together tomorrow night.  I’ve been coming here all my life and it’s a big deal to Canadian riders.  It doesn’t matter how long you have been coming here, it will always be special.”

Third place went to Amy’s older brother Jonathon Millar (CAN), who took the early lead in the competition with a time of 62.51 seconds riding Daveau (Zento x Glennridge), owned by Millar Brooke Farm.

Young rider Mackenzie Wray (CAN) made an impression in her Canadian Show Jumping Championship debut, bringing Jewel LVP home clear in a time of 62.58 seconds for owner Makim Holdings Inc.

Having competed for $25,000 in prize money during the opening round, riders will return to the Coca-Cola Coliseum in reverse order of standing to tackle the $100,000 Henry Equestrian Canadian Show Jumping Championship, Round 2.  Amy will have the advantage of being the final competitor on course and has a second Canadian Championship title set firmly in her sights.

More than 1,000 horses from around the globe will compete for $980,000 in prize money during the 10-day Royal Horse Show CSI 4*-W. VIP Platinum and Gold seating, as well as group and individual tickets, can be purchased here. All Royal Horse Show tickets include general admission to The Royal Agricultural Winter Fair.