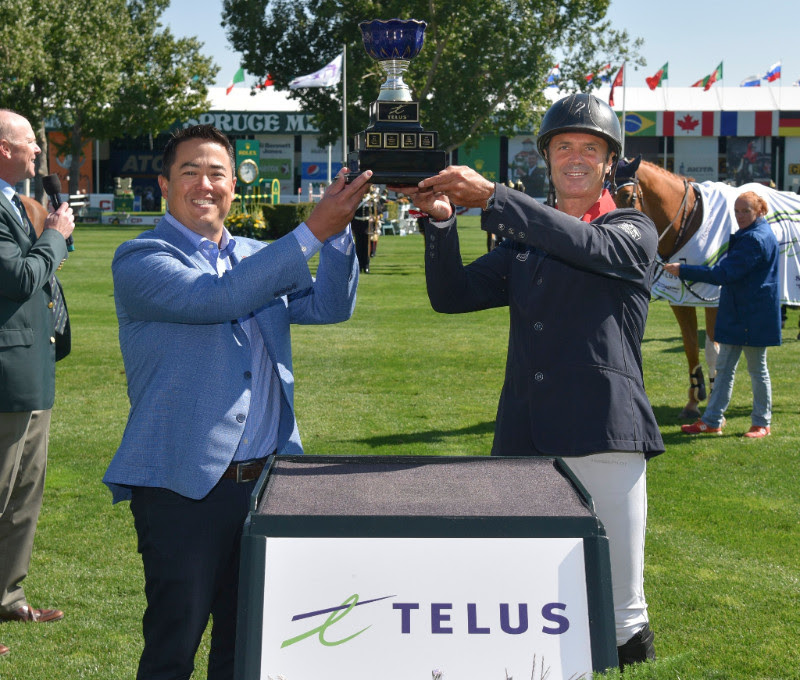 Yesterday marked the start of competition at the 2018 Spruce Meadows ‘Masters’ CSIO 5* Tournament for athletes from around the world. Fifty-six riders representing eighteen nations are represented this year in the FEI Divisions competing in the International Ring.

The opening competition, the Telus Cup CSI 5*, featured 56 horse/rider combinations taking on the the track a designed by two time Olympic FEI Course Designer Leopoldo Palacios (VEN). Of the original 56 combinations to that challenged the 1.50m course, only 11 would complete the first round with no penalties and proceeded to the jump off.

Conor Swail (IRL) and GK Coco Chanel were the first ones out of the starting blocks and laid down a fast clean jump-off with a time of 42.06 seconds. With only two left to go, Swail still held the score to beat.

“I am very happy” Cedric Angot (FRA) on his win in the Telus Cup.