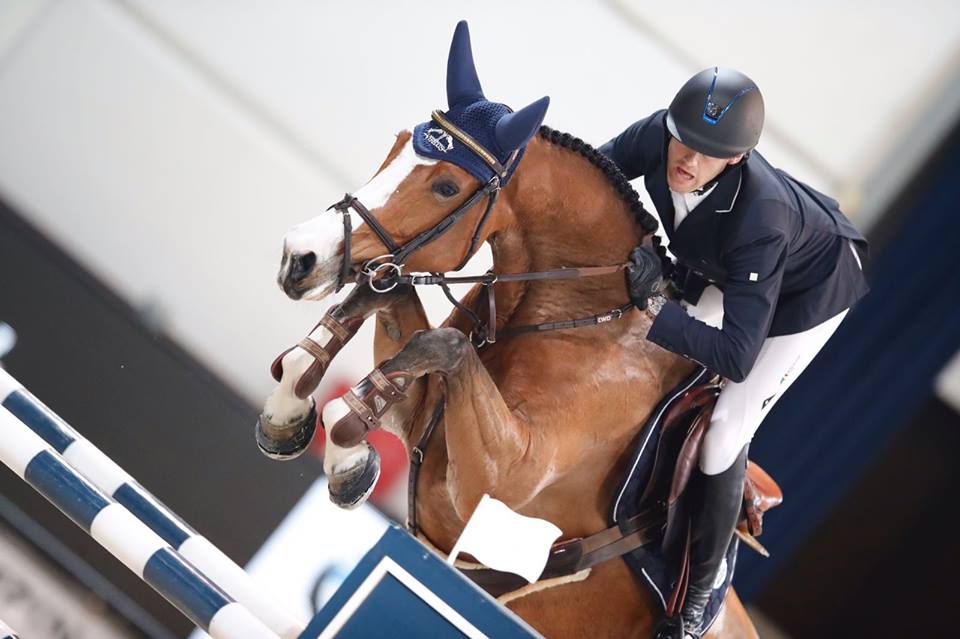 There’s fast, faster and then really fast, but Belgium’s Niels Bruynseels was almost in warp mode when galloping to win the big class of the first day, the Prestige Jump-Off competition, at Jumping Verona 2017 tonight. When you are taking on opponents like the super-speedy Australian Edwina Tops-Alexander and her lightning-quick mare California, Spain’s Sergio Alvarez Moya with G&C Arrayan, The Netherlands’ Marc Houtzager with Sterrehof’s Calimero and German giant Christian Ahlmann with Colorit in the race against the clock then you know you know you can’t hang around.

But it was Sweden’s Douglas Lindelow, first of the 11 to qualify for the jump-off, who was the man that Bruynseels had to beat after setting an incredible target time of 35.55 seconds with Zacramento. Italian course designer, Uliano Vezzani, gave them a tough enough test in the first round, with the turn to the penultimate obstacle taking a significant toll on the top-class field of 42 starters, and the jump-off track was another as it questioned accuracy and judgement all the way.

The long run down to the final fence proved the undoing of many who left that on the ground, and as a result some others were a little cautious on the approach. But not Bruynseels. He completely trusted his 11-year-old mare Gancia de Muze to just keep galloping and to clear it without hesitation. And she did it with such force and determination that she stopped the clock a full two seconds faster than Lindelow’s gelding to give the 33-year-old Belgian his first major result of the week. 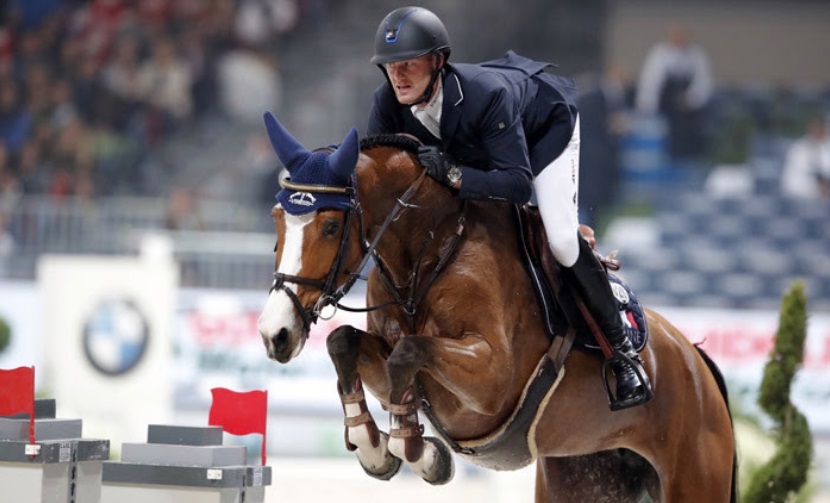 Bruynseels has a bit of a way with the ladies. “Yes I have two brilliant mares right now with my top horse Cas de Liberte and with Gancia too!” he said. Gancia however is apparently a bit “special”. “She has a character and I respect that, and that’s why she always tries to win for me! She doesn’t like dressage so it’s really easy for me during the week, I don’t have to flat her so often (ride her on the flat), she likes to to go for a walk outside and go on the lunge, and I respect that. At the show she doesn’t need to jump much in the warm-up, maybe six or seven jumps with her and then she goes in the ring and always tries to do her best”, said the man whose recent successes have rocketed up to 17th place on the Longines world rankings list.