Two FEI ranking classes were held on Friday, February 23, during the seventh week of the 2018 Winter Equestrian Festival (WEF) at the Palm Beach International Equestrian Center in Wellington, FL. Kristen Vanderveen (USA) and Bull Run’s Faustino de Tili were the winners of the $35,000 Bainbridge 1.45m […]

Two FEI ranking classes were held on Friday, February 23, during the seventh week of the 2018 Winter Equestrian Festival (WEF) at the Palm Beach International Equestrian Center in Wellington, FL. Kristen Vanderveen (USA) and Bull Run’s Faustino de Tili were the winners of the $35,000 Bainbridge […] 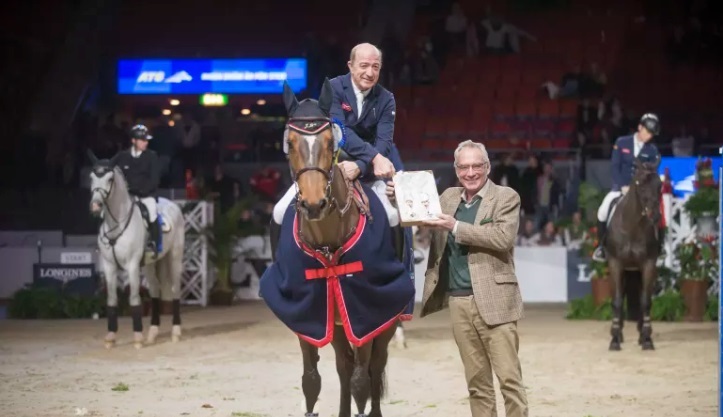 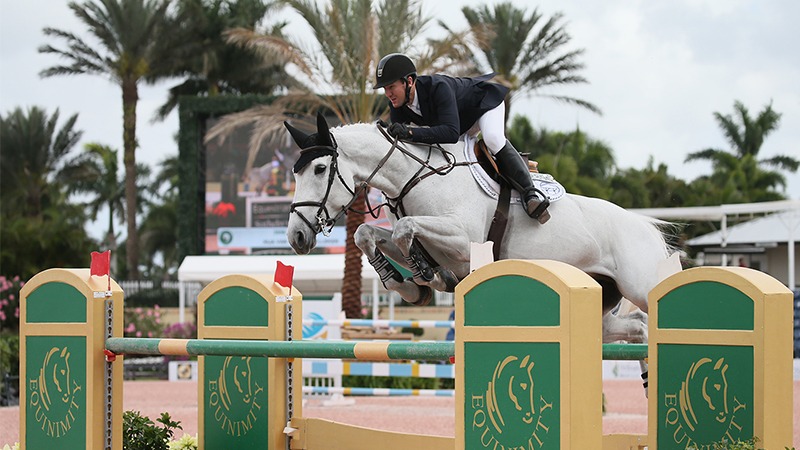 The 2017 FEI World Cup Finals champion McLain Ward notched another big win during the 2018 Winter Equestrian Festival (WEF) on Thursday, February 22, by riding Hija van Strokapelleken to victory in the $132,000 Equinimity WEF Challenge Cup Round 7 at the Palm Beach International Equestrian Center in […] 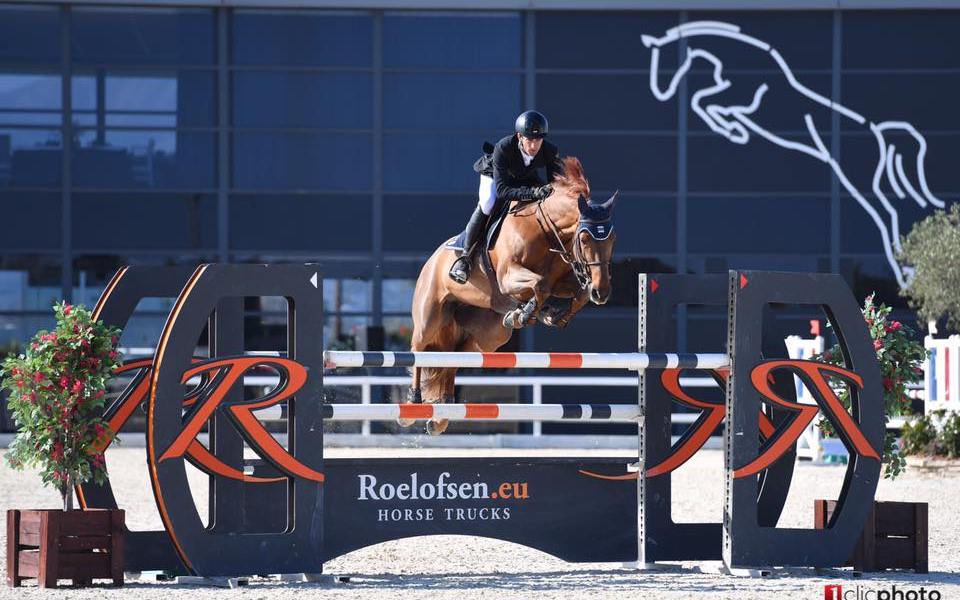 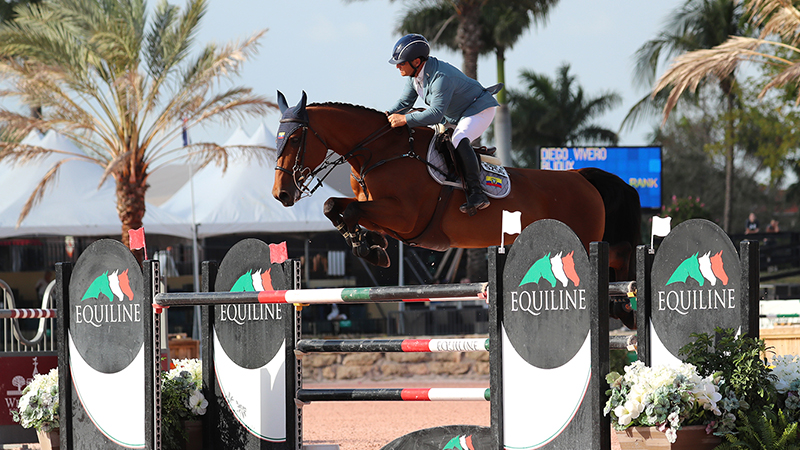 The seventh week of the 2018 Winter Equestrian Festival (WEF) began on Wednesday, February 21, and opening up competition with a win was Diego Vivero of Ecuador on Bijoux in the $35,000 Douglas Elliman Real Estate 1.45m Jumpers CSI 5*. WEF 7 continues through Sunday, February 25 with […]

Team Canada won the Longines FEI Jumping Nations Cup™ of the United States of America last Sunday with more than a touch of class. The six-nation contest was a roller-coaster ride for most of their opponents, but double-clears from both ten-time Olympian Ian Millar (71) and Rio 2016 […]

The $25,000 CP National Grand Prix was held on the grass derby field, and it was 20-year-old Victoria Colvin of Loxahatchee, FL, who sped to victory on Clochard, owned by Neil Jones Equestrian Inc. There were 26 entries in the class, and seven in the jump-off. Colvin was […] 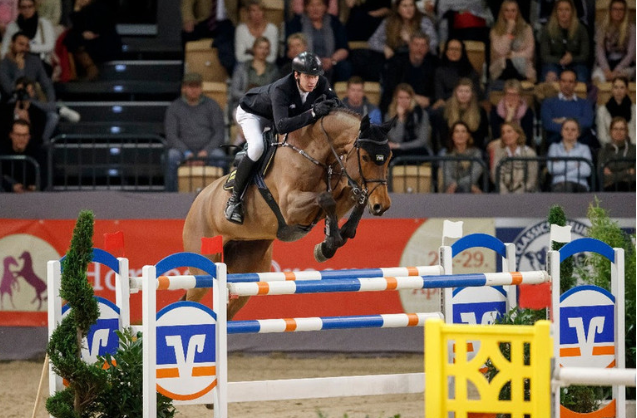 Christopher Kläsener (GER) & Cassandra 340 won the €50,000 Grand Prix of Neumunster, presented by Volksbanken & Raiffeisenbanken yesterday during VR Classics in Neumunster, Germany. The German and the 9-year-old mare (Clearway x Carry) were the only combination to register a double clear, going through the timers in […] 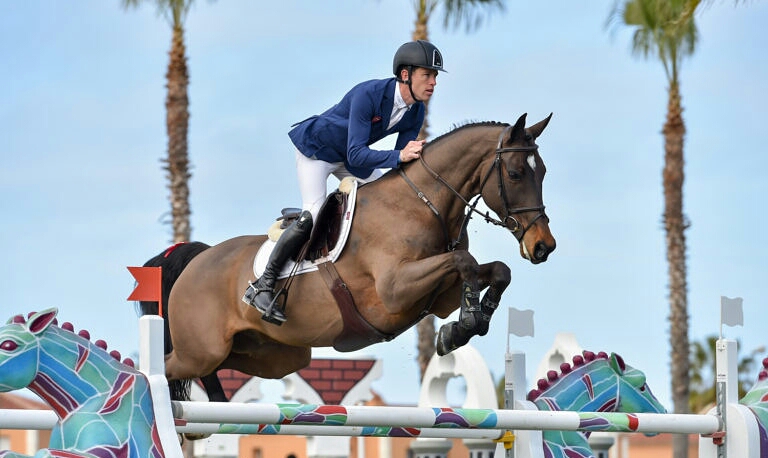 The second week of Spring MET II 2018 in Oliva Nova, Spain, concluded on Sunday with the €30,000 Grand Prix presented by Construcciones Hispano Germanas . And, for the third time at Spring MET 2018 it was Great Britain’s Scott Brash and Hello Mr. President that took the […] 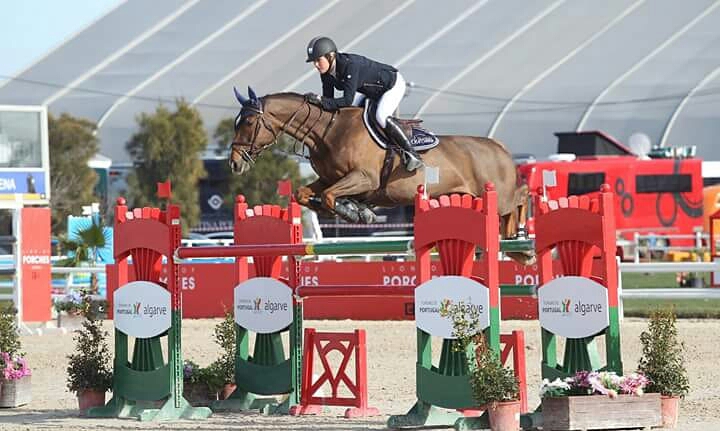 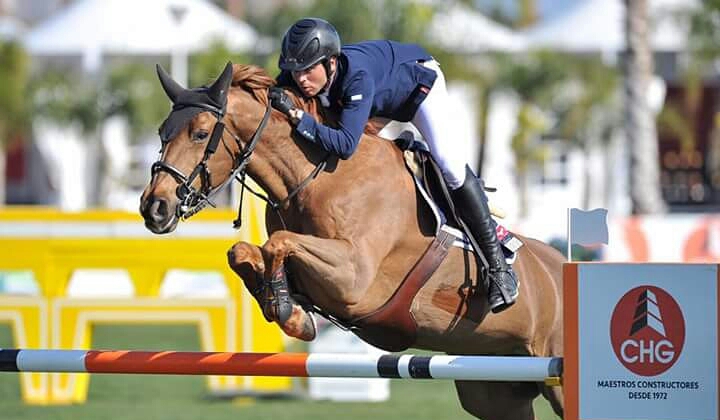 It was a remarkable day for France yesterday during the Gold 3 jump-off class at the Mediterranean Equestrian Tour CSI 2* in Oliva Nova, Spain. Three Frenchmen registered a “trifecta” for “Les Bleus” in a class with a very strong international field. Edward Levy (FRA) & Rafale d’Hyverniere, a […]

A brand new partnership triumphed in a field of 27 starters in the $35,000 Hollow Creek Farm 1.50m Classic during week six. On the Derby field at Equestrian Village (home to the Adequan® Global Dressage Festival), Brazil’s Francisco Jose Mesquita Musa and Biscayo produced the fastest of only […] 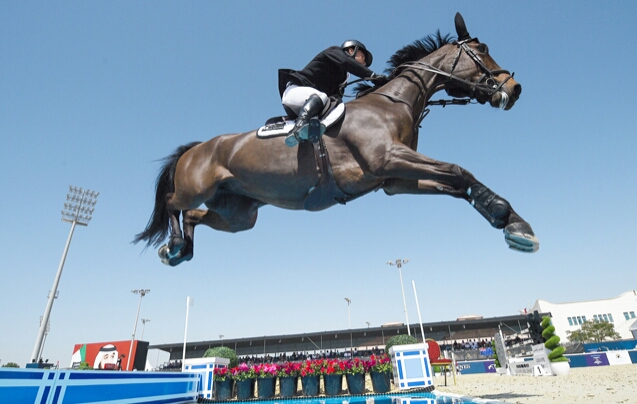 Samantha McIntosh (42) clinched victory for New Zealand in the nail-biting Longines FEI Jumping Nations Cup™ of United Arab Emirates staged in Abu Dhabi today. This first leg of the new 13-round series went right down to the wire, the Kiwi rider settling the result in a jump-off […] 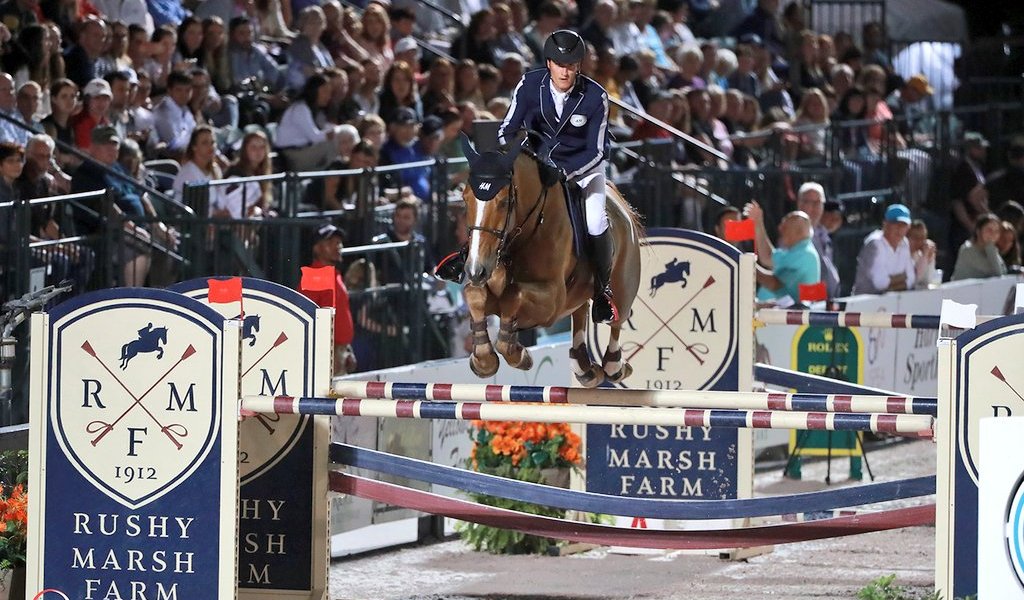 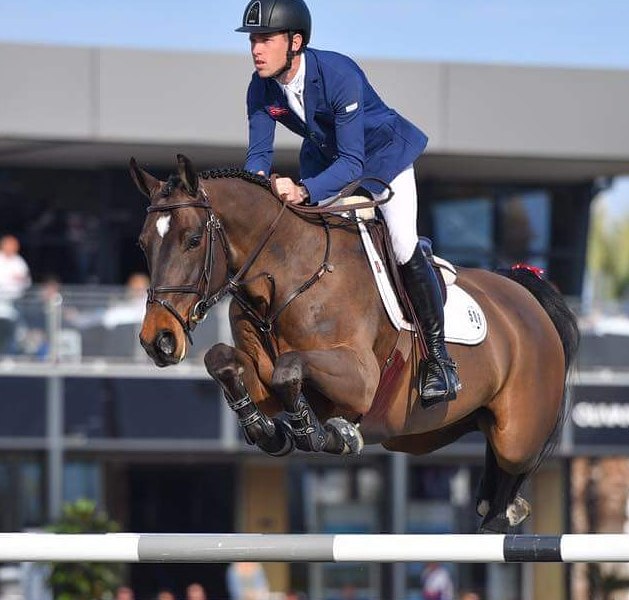 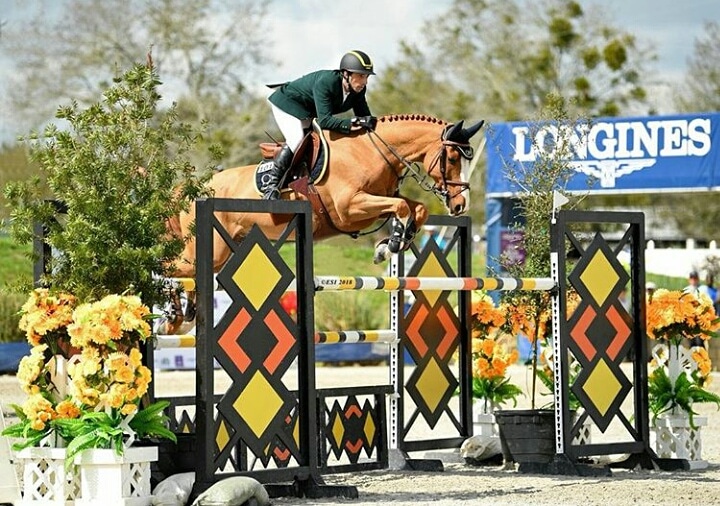 Yuri Mansur Guerios (BRA) & Vitiki were victorious in the $35,000 Thursday Prix CSI 5* yesterday during the Longines FEI Nations Cup Jumping of the United States CSIO 5* in Ocala, Florida. The Brazilian and the 10-year-old chestnut Hannoverian (Valentino x For Expo) took the lead for good […] 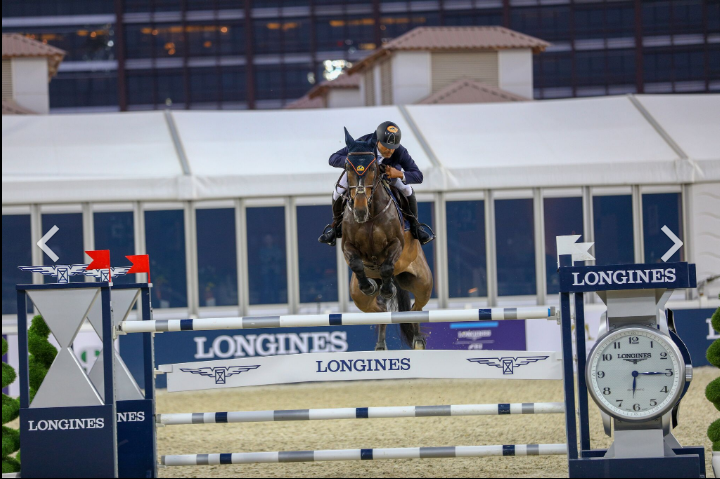 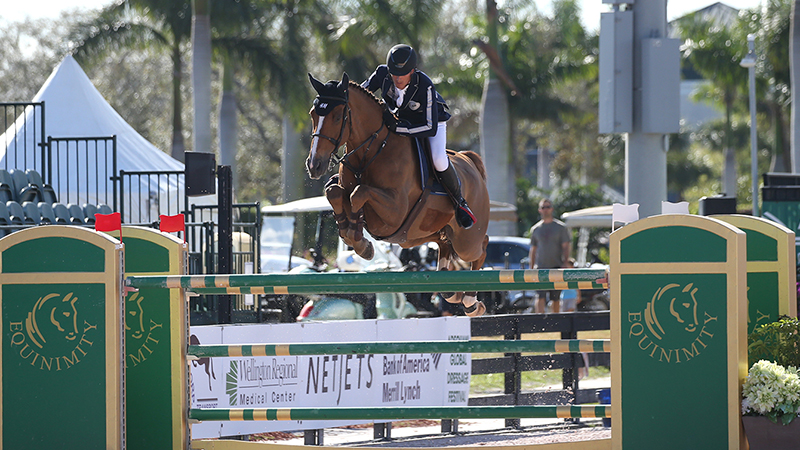 Hong Kong was blessed with its first mild day in weeks on Day 2 of the Longines Masters of Hong Kong, but the competition in the arena remained just as fierce, kicking off with a whole new competition for the Asian leg of the intercontinental series in Hong […]

In their second victory of the week, McLain Ward and Bellefleur PS Z won the $70,000 Hollow Creek Farm 1.50m Classic CSI 5* over a field of 55 entries. There were 17 that advanced to the jump-off, and it was race for the nine double-clear rides. With the […]

The French rider Patrice Delaveau stopped Daniel Deusser in his race for the Grand Slam of Indoor showjumping, the three riders of the podium were standing in 0.15 seconds in this second round. With his fantastic Aquila*HDC, he just came back to the highest level and writes his name for the second time in […]

Two years ago, Nayel Nassar (EGY) won the World Cup qualifier at Thermal (USA) with his then 12-year-old Hanoverian gelding Lordan. In 2018, the partnership returned to form with a second victory in the desert, as the duo won the $100,000 Longines FEI World Cup Jumping™ Thermal, the […]

In the first five star grand prix of the 2018 Winter Equestrian Festival (WEF) circuit, Daniel Bluman (ISR) and Ladriano Z, owned by Over The Top Stables LLC, rose to the top of the class in the $384,000 Fidelity Investments® Grand Prix on Saturday, February 10, at the […] 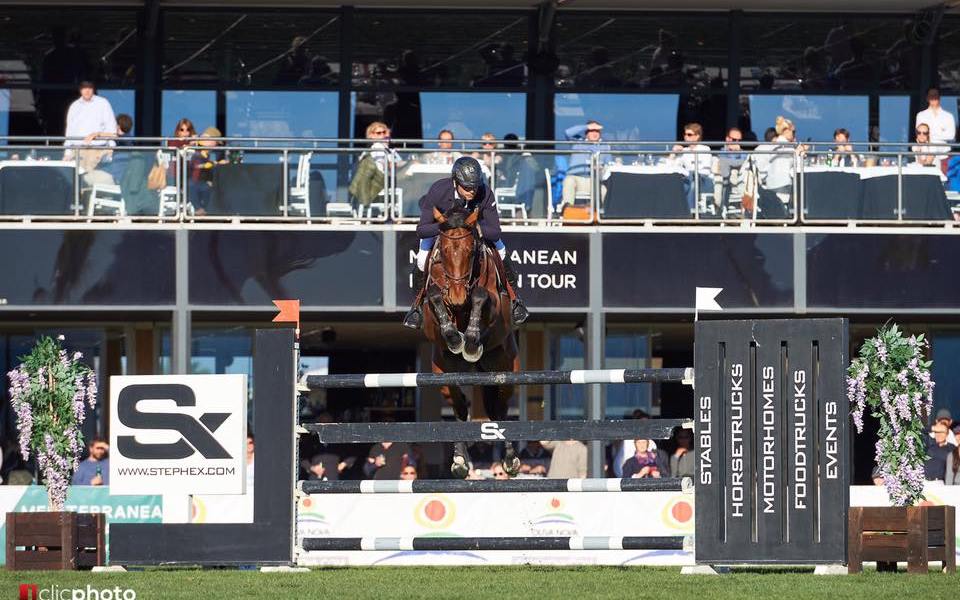 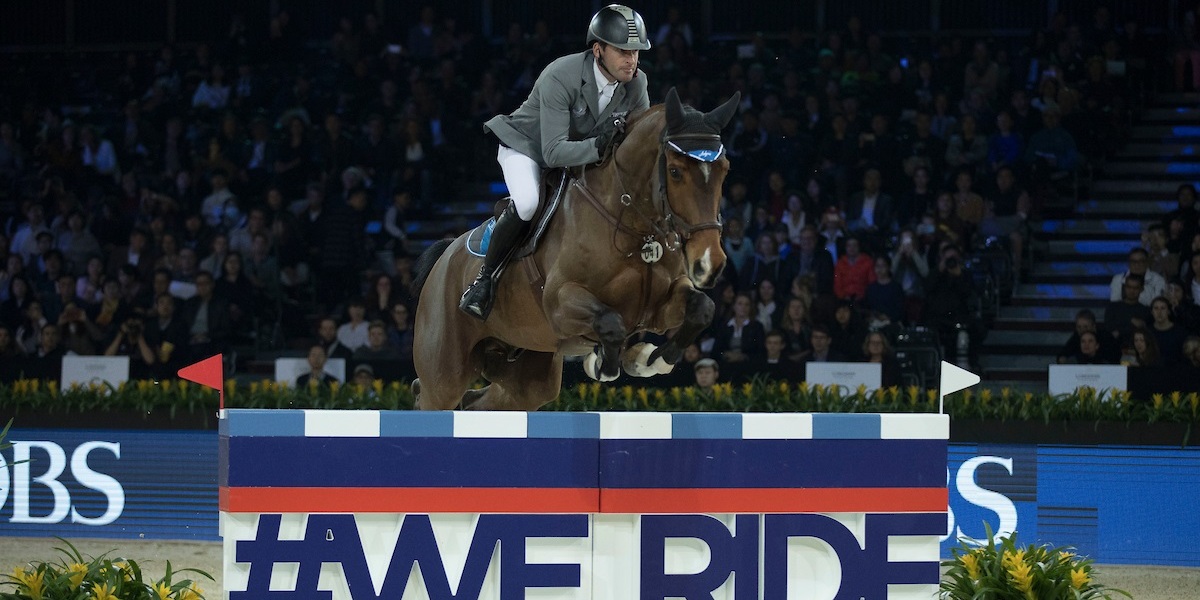 In the $35,000 Equiline 1.45m Jumper Classic CSI 2*, Andrew Kocher (USA) was victorious riding Kahlua (Tygo x Caritas), owned by Top Line Sporthorse International LLC. They were fastest in an 18-horse jump-off from an original line-up of 83 entries with a time of 30.27 seconds. Alonso […]