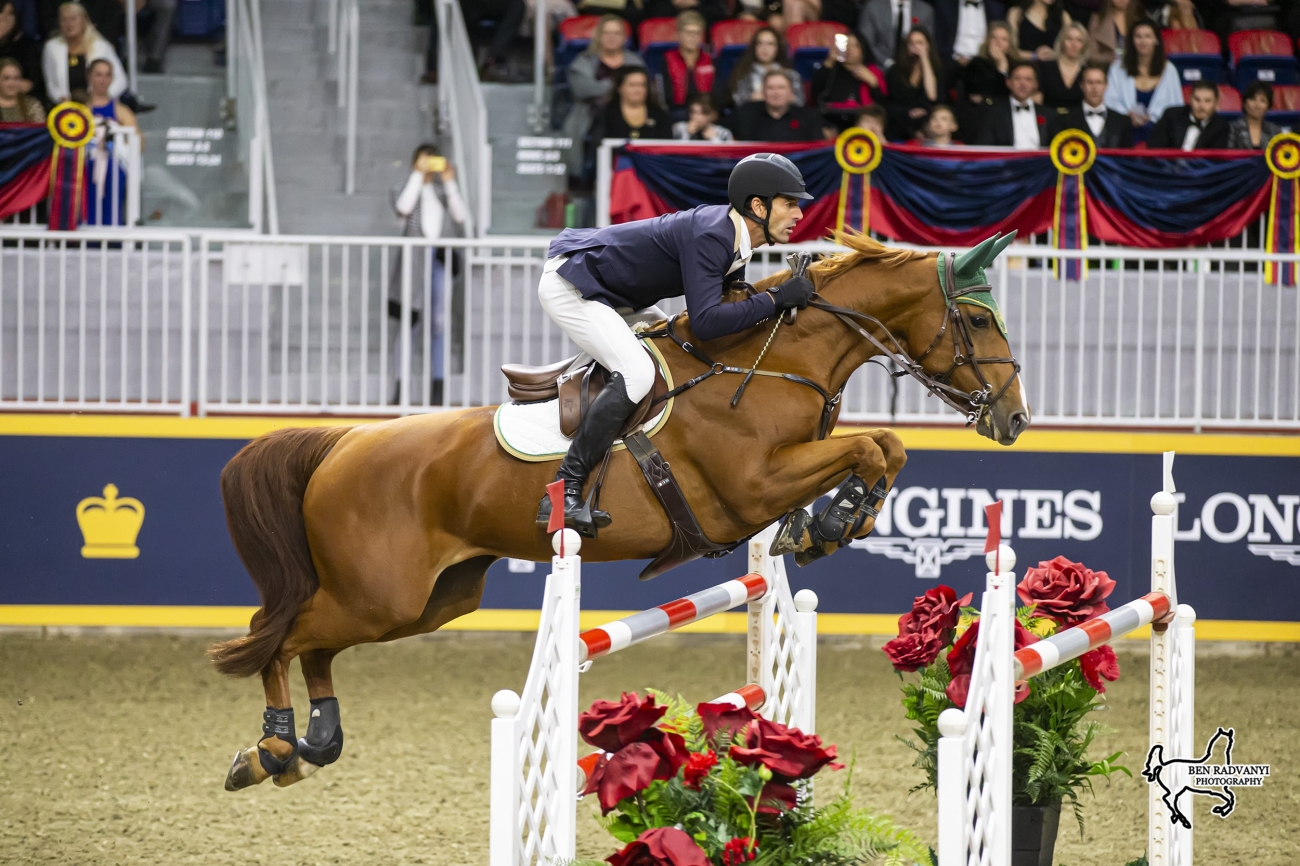 The best was saved for last when Willis, 39, and his 2018 FEI World Equestrian Games™ (WEG) mount, Blue Movie, entered the Coca-Cola Coliseum and showcased their foot speed over course designer Michel Vaillancourt’s one-round test. The final pair in the order, Willis and his 13-year-old Anglo-European Sport Horse mare (Chacco Blue x Pilot) broke the timers in 54.60 seconds, shaving only hundredths of a second off the seemingly unbeatable time of Canadian Olympic individual gold medalist Eric Lamaze. 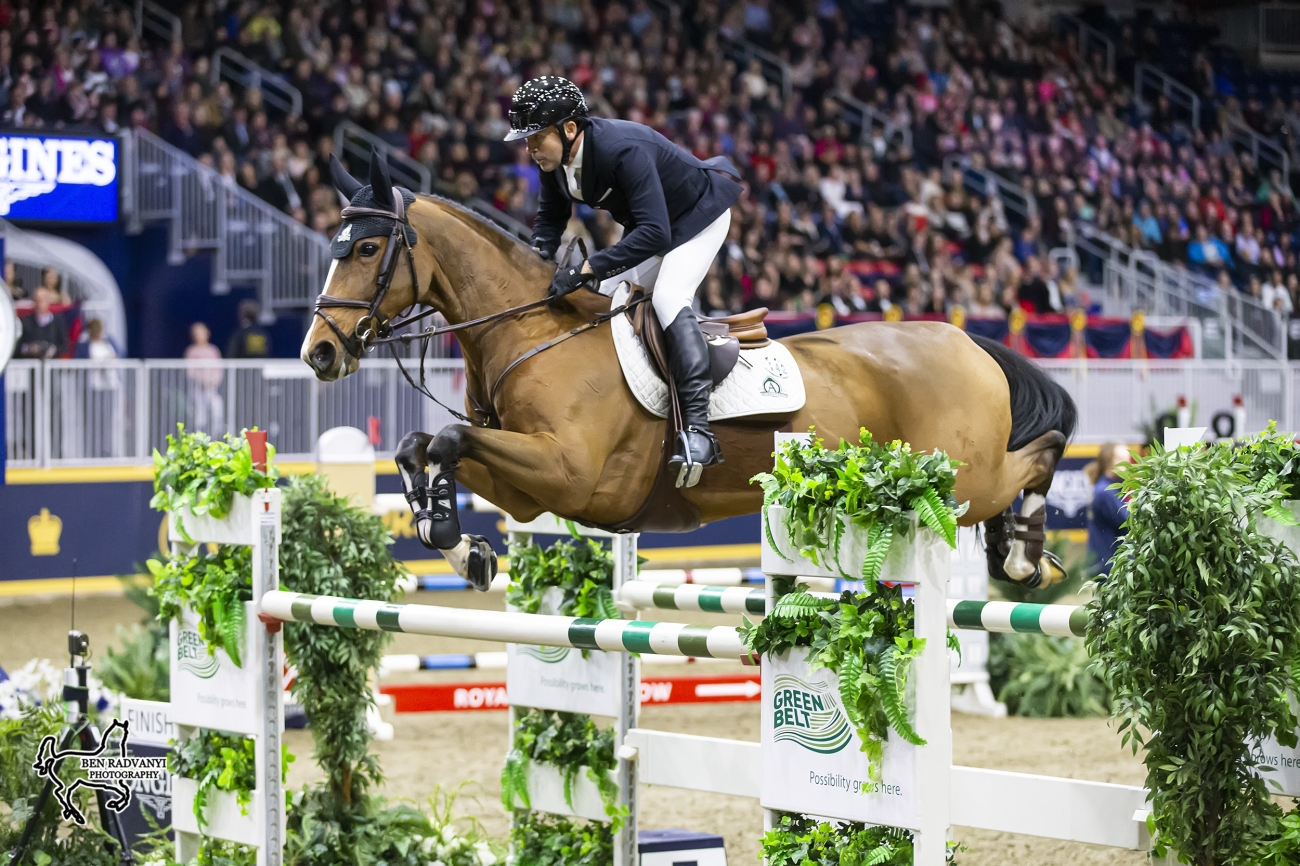 After taking the lead from the second position in the order, Eric Lamaze (CAN) and Fine Lady 5 (Forsyth FRH x Drosselklang II) ultimately settled for the runner-up position in 54.66 seconds.

“I got a little bit of luck to get ahead of him,” admitted Willis of the performance that served as Blue Movie’s warm-up for the $210,000 Longines FEI Jumping World Cu™ Toronto on Saturday evening. “My mare’s naturally very fast so that helps. I tried not to do too wild, but obviously we managed to do just enough.

“When you’re last to go, the competitive spirit comes out,” continued Willis, who made his debut at the Royal Horse Show in 2018. “This is a great show, and it’s nice to ride in that atmosphere every night against some of the best riders in the world. When you have a crowd as fantastic as tonight, it’s hard not to give it your all!”

Of the mare that carried him to victory, Willis touted, “She’s very special. It has taken a long time [to get here], but she’s paid me back for all those years of patience. She seems to be growing up a bit, getting more mature, and she knows her job, so hopefully the best is yet to come.” 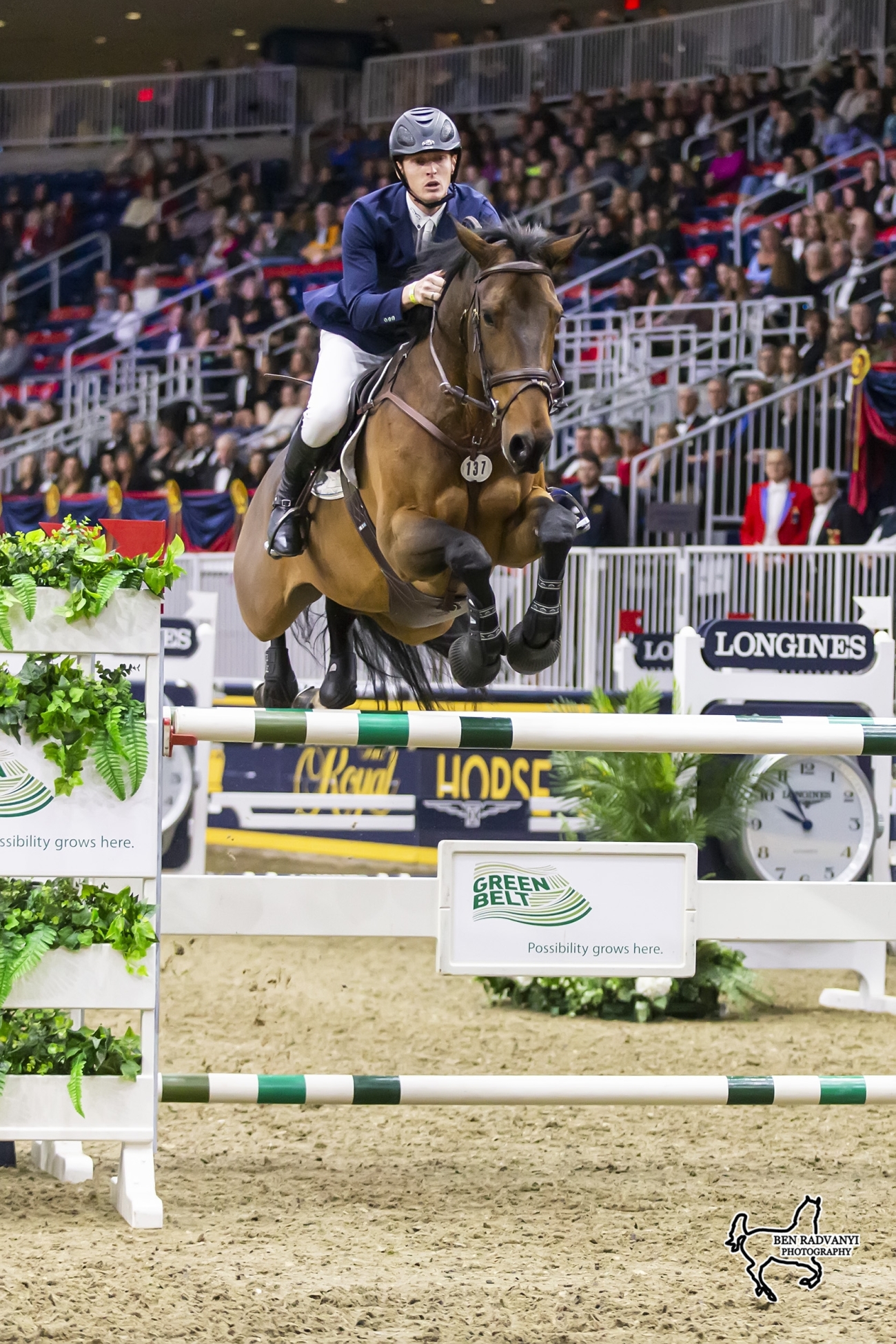 With four podium finishes in three days, Lamaze maintains a commanding lead in both the GroupBy Leading International Rider and Leading Canadian Rider standings. Great Britain’s Ben Maher is still within striking distance after a win in the $85,000 Big Ben International Challenge, on Thursday, November 7, with Willis sitting third in the current standings.

More than 1,000 horses from around the globe will compete for $980,000 in prize money during the 10-day CSI4*-W Royal Horse Show.  VIP Platinum and Gold seating, as well as group and individual tickets, can be purchased here.  All Royal Horse Show tickets include general admission to The Royal Agricultural Winter Fair.