Maastricht, The Netherlands – November 09, 2019 – On Friday, Henk van de Pol (NED) won the first qualifier for the Longines Trophy and on Saturday he repeated this success by also winning the second qualifier, the €36,000 Van Mossel Prize CSI 4*.

The Dutchman and the 9-year-old bay Zangersheide gelding (Numero Uno x Wellington) were supreme again by clearing all the 1.50m obstacles for a second time, stopping the timers in 29.39 seconds for the victory. 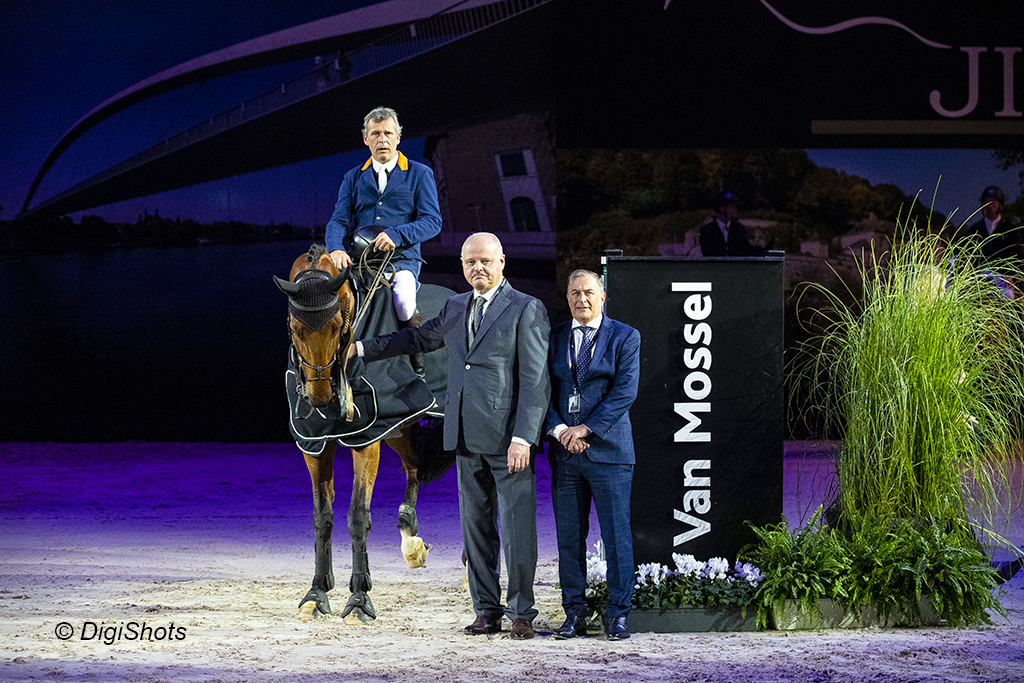 Looyman proved again that he is a very fast horse by beating all of his 12 opponents in the jump-off. “I thought it was a rather difficult course, but it was a perfect exercise for my horse. I know he is a real good horse and he showed it this evening,” said a proud Van der Pol afterwards. “I was relaxed when I entered the arena, I was thinking about tomorrow’s Grand Prix, but he felt so good I thought ‘ok, let’s go for the jump-off’.” It has been four years that Henk competed at JIM. “I really like the show, but I just did not have to right horse for this level. I am glad to be back.” He stayed realistic about his chances in the Longines Trophy tomorrow: “A mistake can be made in an instant but Looyman is in very fit and I have to make sure I ride as well as I can. Looyman always wants to stay clear, I have no doubts about him.”