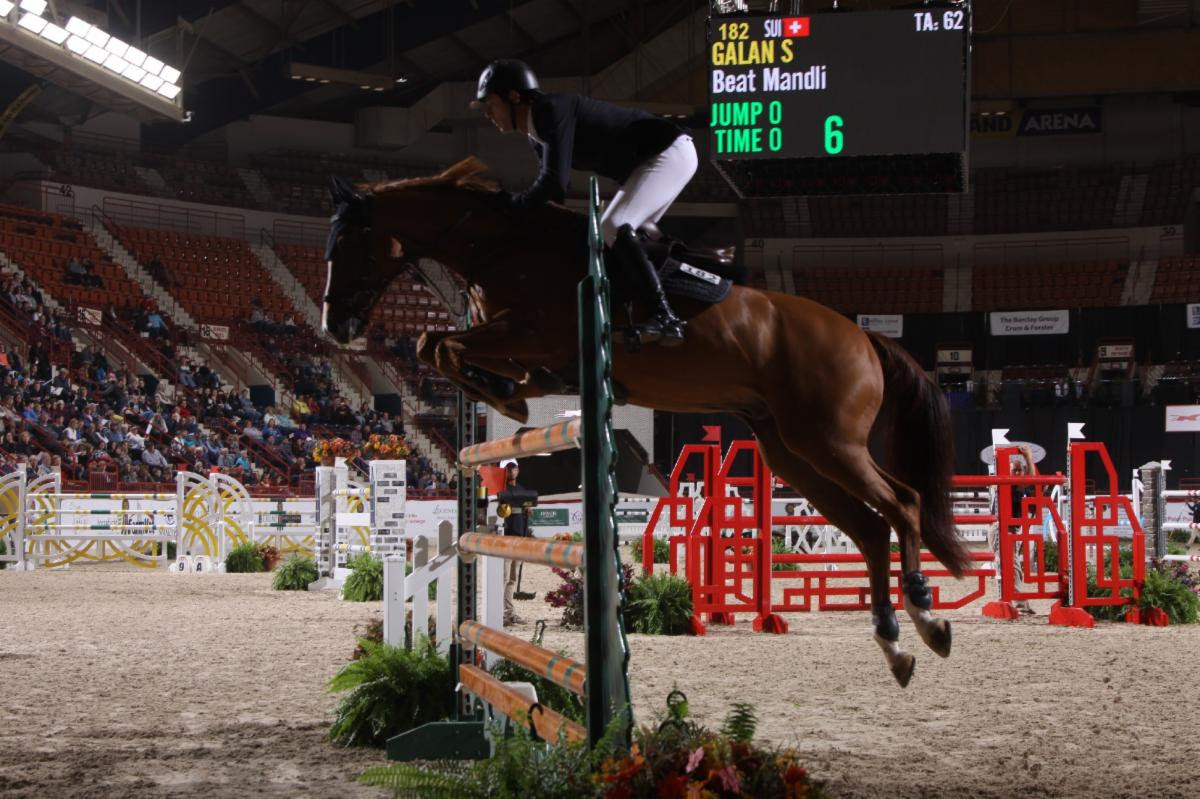 Harrisburg, PA – October 17, 2019 – After a thrilling jump-off in Thursday’s $60,000 Pennsylvania Big Jump, Switzerland’s Beat Mändli (SUI) won it with Grant Road Partners LLC’s Galan S. Course designer Michel Vaillancourt (CAN) set a challenging track at the Pennsylvania National Horse Show (PNHS), which saw just five out of 24 starters move on to the second round. Mändli earned top honors with the only clear round in the jump-off.

“I think (Galan S) is the sweetest horse I’ve ever ridden,” Mändli said of the 13-year-old Belgian Warmblood (Indoctro x Calypso d’Herbiers). “He’s so nice. Honestly, he’s like a kid. He really wants to please. He doesn’t try to do anything wrong. He always tries his best, and I think that’s the best part apart from his ability to clear the jumps and do what we ask.”

Beezie Madden (USA), straight off a win in the $36,000 1.45m Harrisburg Sprint, was first in the ring for the jump-off aboard Abigail Wexner’s Coach (Con Air x Corofino I). They lowered a rail on the fourth fence, and the next two competitors misjudged the turn to the second obstacle. Mändli posted the first clear round, setting the pace at 37.59 seconds with one rider remaining. He ultimately took home the $19,800 winner’s share of the prize money and the Second Cannabis Challenge Trophy.

“I went near the end so that was an advantage for me. The other ones made some mistakes here and there so I could slow down a bit,” Mändli said. “(Galan S) is jumping (in Saturday’s grand prix) and he has another two weeks ahead of him. He’s going to Washington (International Horse Show) and we’re practicing a little bit for that. … We’re trying to move him up this year.”

Marilyn Little (USA) and Karen O’Connor’s Clearwater(Clearway x Come On) were the final pair to jump off. They were quick across the ground but misjudged the first element of the double combination. Although they had the fastest time (34.32 seconds), a jumping penalty placed them second.

“My horse sprouted wings and somehow managed to jump out of the combination,” Little said of the 12-year-old Holsteiner. “I thought I’d just go a touch wider (in the turn to the double) and I just lost the rhythm for a second and the distance got away from me and got really long. He reached for it and made it work. What a good boy. … I think the world of him. He tries to win on the best nights, and he will save you on the worst.” 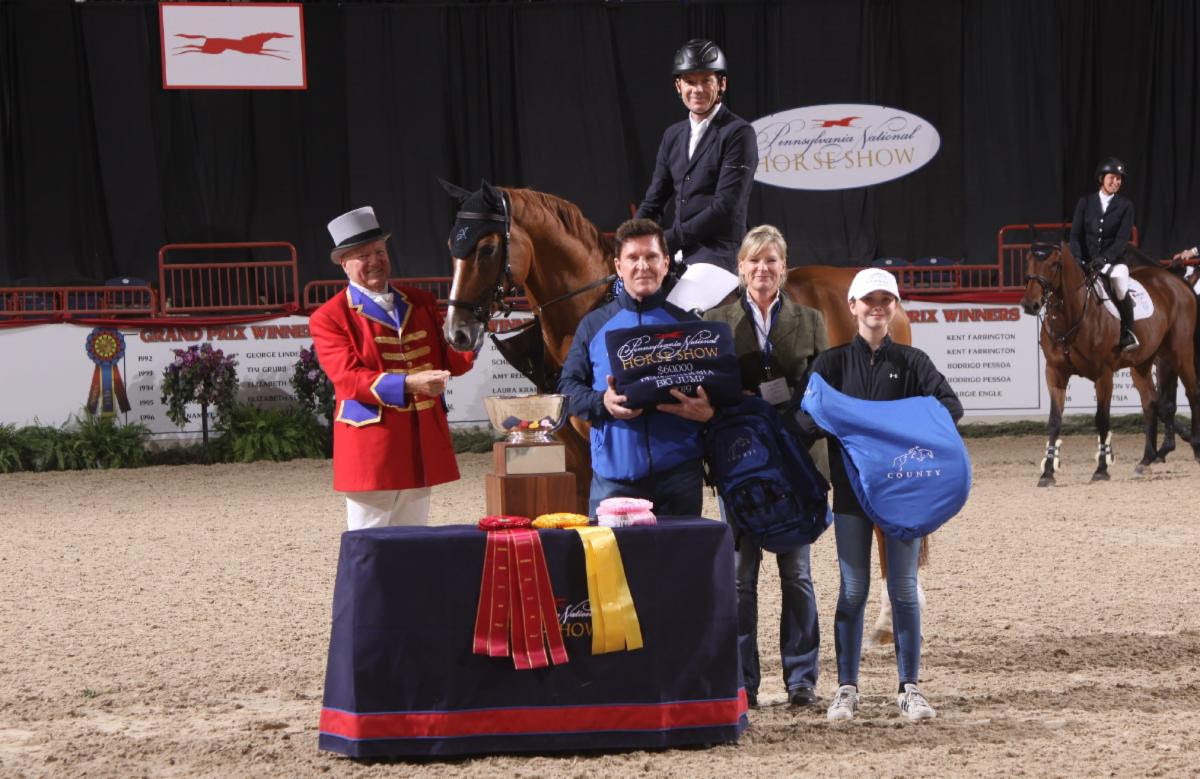