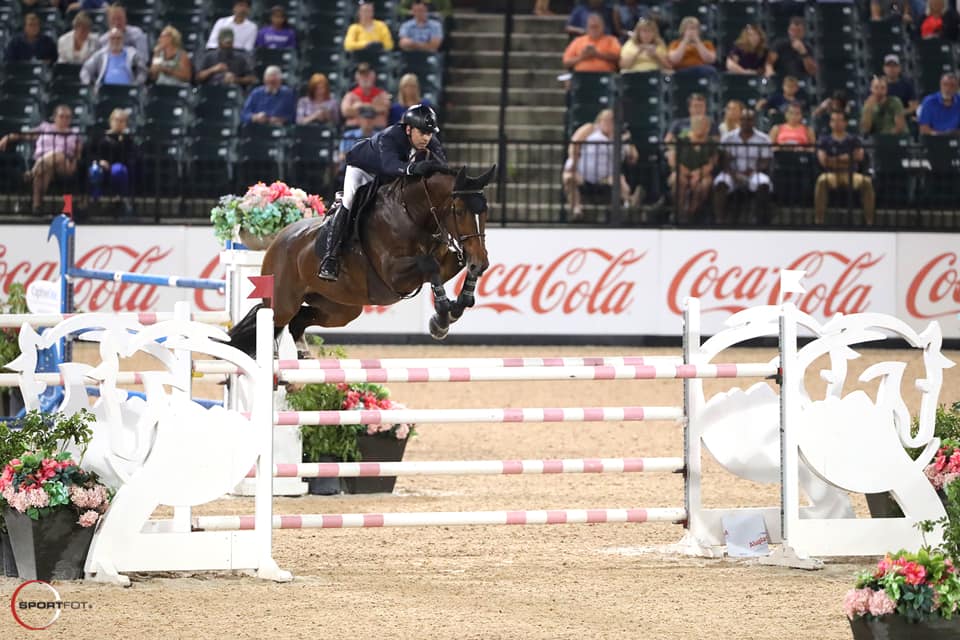 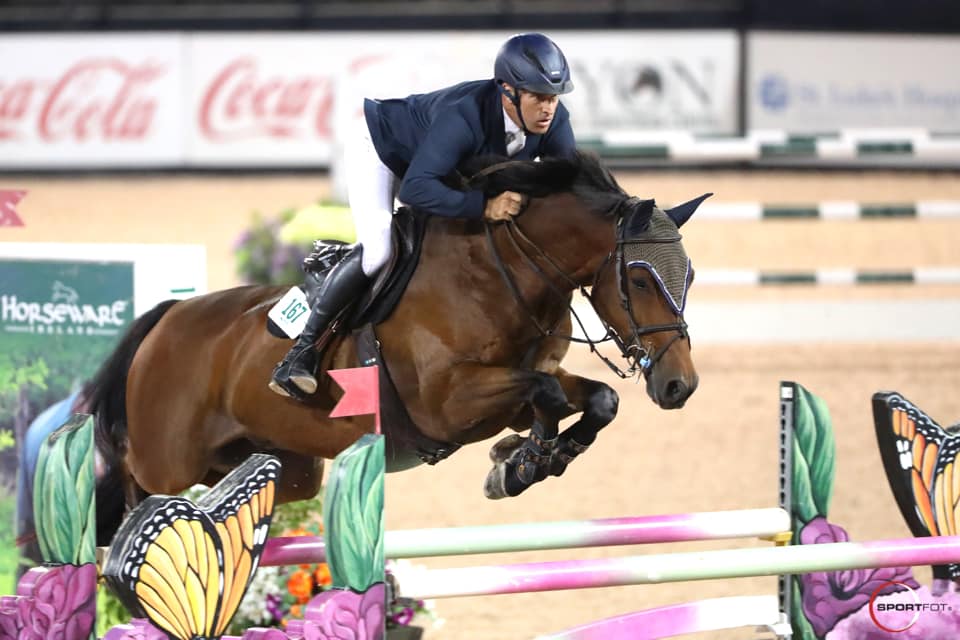 Taylor Land (USA) and Falco V, a 2010 Dutch Warmblood gelding (Bustique x Montreux) owned by Pinetree Farms Inc., rounded out the podium on a time of 35.282 seconds to earn third.

“Tonight’s was the only class she jumped this week, so it was a good week for her! She came from a victory at Saugerties in an FEI class, which was the last show she did.It was a really nice course for a national Grand Prix. It was a really nice first round, and I think it was fine for 11 riders to be clear. The jump-off was really nice, with options [to each fence].”

The Tryon Fall series kicks off with two weeks of national competition, followed by four consecutive weeks of FEI show jumping competition, and Lambre was excited to have had a positive first week of preparation, he shared. “I wanted the horses to come early now to jump in the night classes before FEI competition, and it’s good preparation for them. At the same time, I try to keep the horses fit and fast, and prepared for the next week or so when it gets a little tougher.”

The jump-off proved challenging for the 11 pairs who attempted it, with six going double-clear, and Lambre piloting Ibabco, the 2008 Belgian Warmblood stallion (Nabab de Reve x Darco) owned by Santiago Lambre & Stephex Stables, to eighth place on a four-fault round.

“I knew there were some fast riders in the jump-off,” said Lambre, “so I tried to ride as fast as possible without losing my mind, like I did with Ibabco [to have one down]. But it’s okay – you have to go full-speed to win; you cannot leave room!”

Doloris will take a week off competition next week, but Lambre has her aimed at two and five-star competition in the weeks upcoming. “She’ll do the 2* week [Tryon Fall 3], and then maybe the 5* [Tryon Fall 5]. This place is great, and the new footing [upgrades] are amazing. Always, everything is perfect here. I think it’s going to be a great four or five weeks,” he concluded.

The Tryon Fall Series continues through Sunday, October 27, and more information is available at www.Tryon.com.