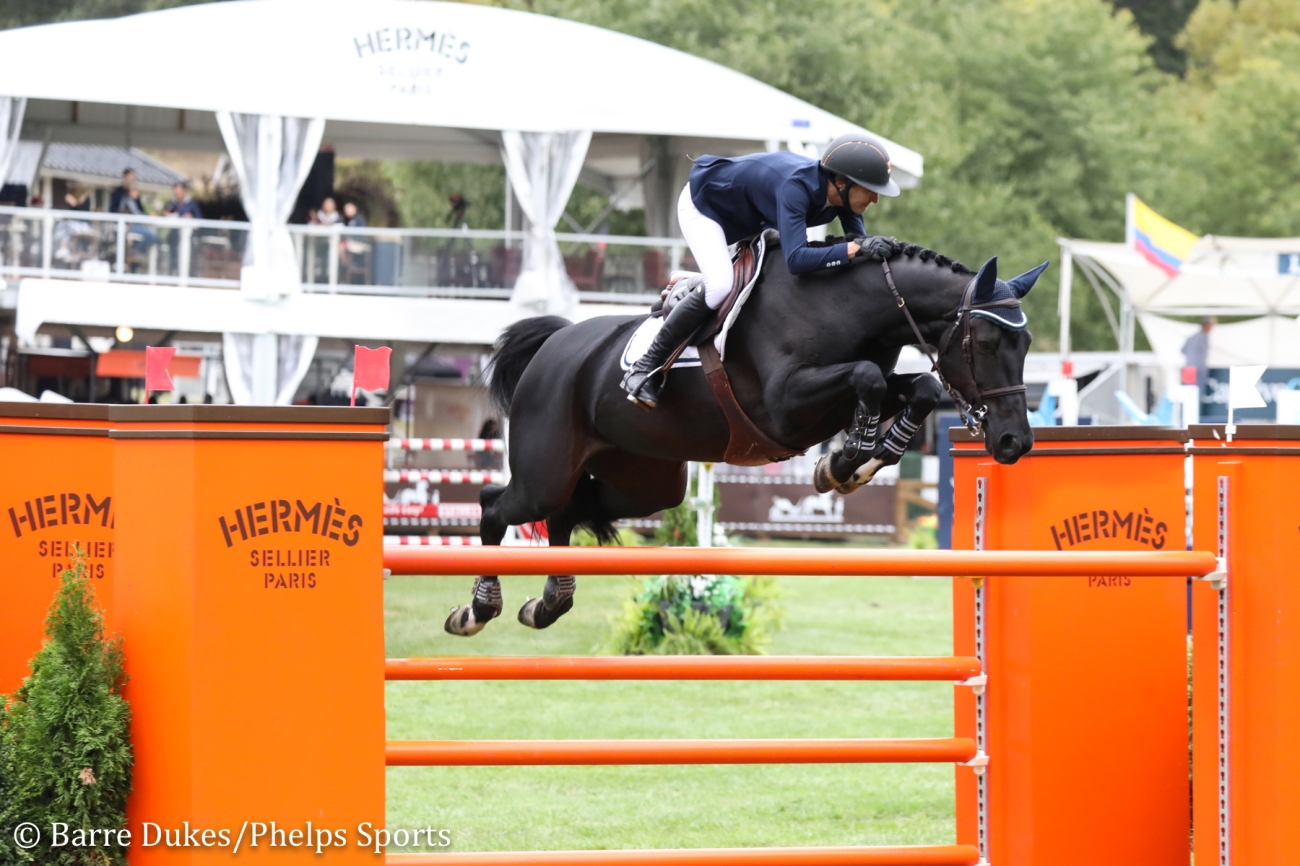 After a week of well-received courses, designer Alan Wade (IRL) continued his streak with yet another creatively-built track that was comprised of 15 fences at 1.45m in height. Challenging 38 horse-and-athlete partnerships, the course was well-suited to trim the pack as only eight pairs qualified for a spot in the jump-off following mastery of the initial round. The pack of returning contenders included Kristen Vanderveen (USA), who won the $35,700 Staller Welcome Stake CSI 4* on Thursday, as well as Mario Deslauriers (CAN) with the reins on two mounts, Uris de La Roque and Cloud 39, Schuyler Riley (USA), Adrienne Sternlicht (USA), Chloe Field (USA) and Lacey Gilbertson (USA), in addition to Ashe Cawley.

Back for the abridged jump-off course, Sternlicht was the first to return riding Quidam MB, owned by Starlight Farms 1 LLC, and the duo set a blistering pace of 36.265 seconds, the first of only four double-clean trips at the conclusion of the class. Though Deslauriers and Aram Ampagoumian LLC’s Uris de La Roque gave the leaders a run for their money with a clock-stopping time of 36.961 seconds, it wasn’t quite quick enough. 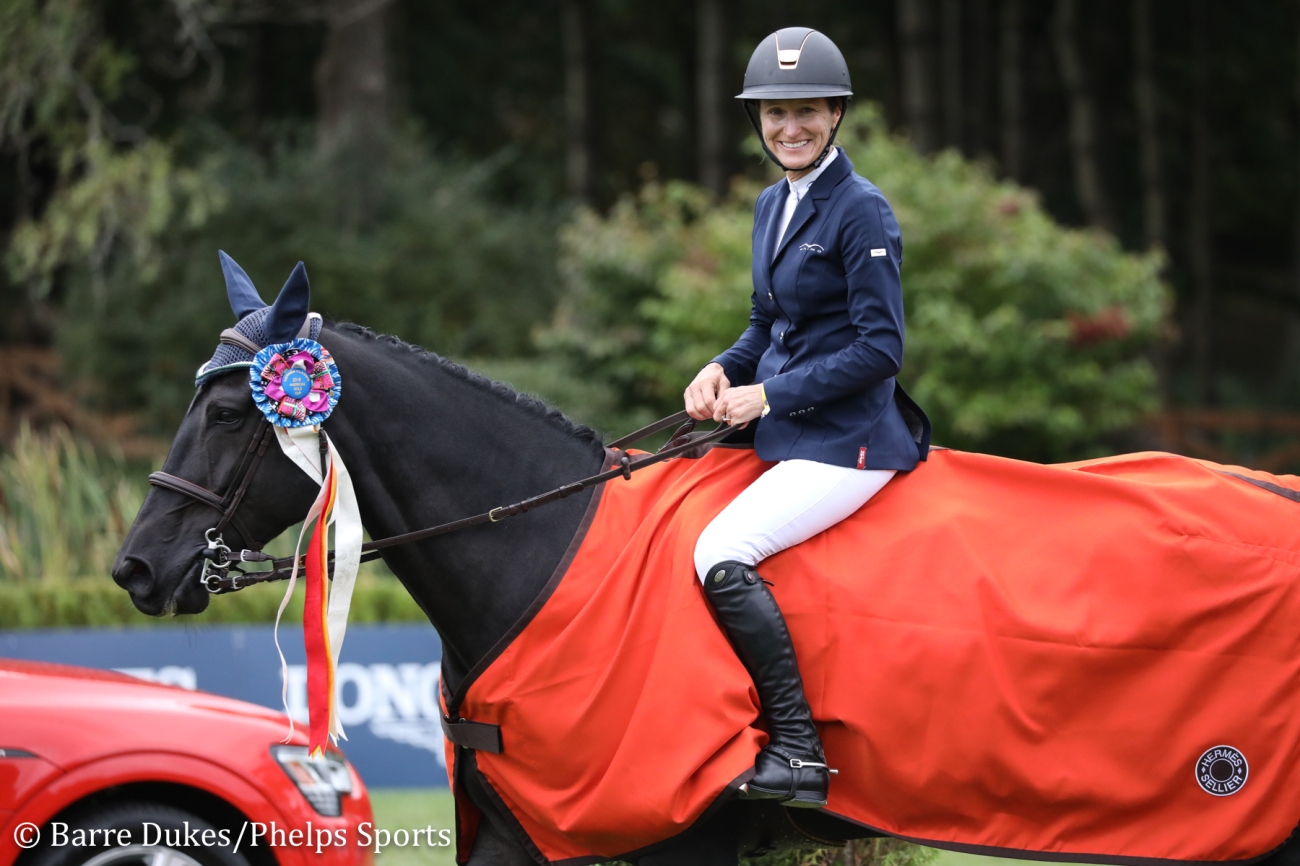 One of the last to go, Ashe Cawley (USA) and Louisburg Farm’s Balous Day Date were the only teams able to surpass the early frontrunners, slicing across the track efficiently in 34.915 seconds to leapfrog to the lead, which they would maintain through the rest of the class. Sternlicht retained second position, and Deslauriers rounded out the top three.

The 2019 American Gold Cup will continue for one final day, culminating with the coveted $210,000 Longines FEI Jumping World Cup™ – New York CSI 4*-W, presented by CaptiveOne Advisors, LLC, on Sunday, Sept. 15, at 2 p.m., where the top 40 athletes from Friday’s qualifier will go head-to-head for the highly sought-after American Gold Cup. Prior to the start of the feature event, the Kevin Babington (IRL) Live Auction Fundraiser will be held before the $210,000 Longines FEI Jumping World Cup™ – New York CSI4*-W. Bid on a box for 21 people to The Chainsmokers on September 27, a box for 21 to Post Malone on October 9 (both shows at Boston Garden) and an autographed Boston Bruins jersey courtesy of Charlie Jacobs. Artist Sarah Lockwood-Taylor will be donating a Linocuts original of Kevin using an AK Dragoo Photography photo.

“The first round ended up riding quite careful. There were a lot of rails but they were all over that course, which is a sign of a very good course designer and a very well-designed course. I was most concerned for my horse in the triple [combination] all the way over by the stone wall because she is a cheater and likes to run in on the turns, but she was beautiful today and went right up in that turn. In the jump-off, I don’t have as big of a stride as some, so on big fields like this I can get outrun and others can leave out strides that I can’t always do. From [fence] one to two, everyone did eight strides and then the inside turn that Kristen [Vanderveen] did that we were all planning. I was sort of bowing right the whole way down so I figured that I was better to just keep going with my footspeed just around, and I got a rub at B of the double combination, which I got really lucky on because I thought it was coming down. After that she was amazing and beautiful on the last three jumps.”

“She is one of those horses that has jumped more courses than she probably ever has the ability to jump, or should have jumped. She just has the biggest heart and is such a fighter. I really treasure her. I have enjoyed her for a while now and she is like a little lion.”

On being back at the American Gold Cup:

“It is always great to come to the Gold Cup, it is such a special show and it was amazing to win last year. It is a little bit sad for me to come this year because we lost D’Arnita in the spring, but hopefully her barn sister will step into her and make her proud.”