“Two wins in a row at home, that is quite amazing! I am really happy today,” said the German rider who also won Friday’s €93,300 Audi Prize CSI 5* with Killer Queen VDM (Eldorado Vd Zeshoek x For Pleasure).

The best 12 horse-and-rider combinations moved on from the first to the second round in this 1.50m competition , also counting for the world ranking. 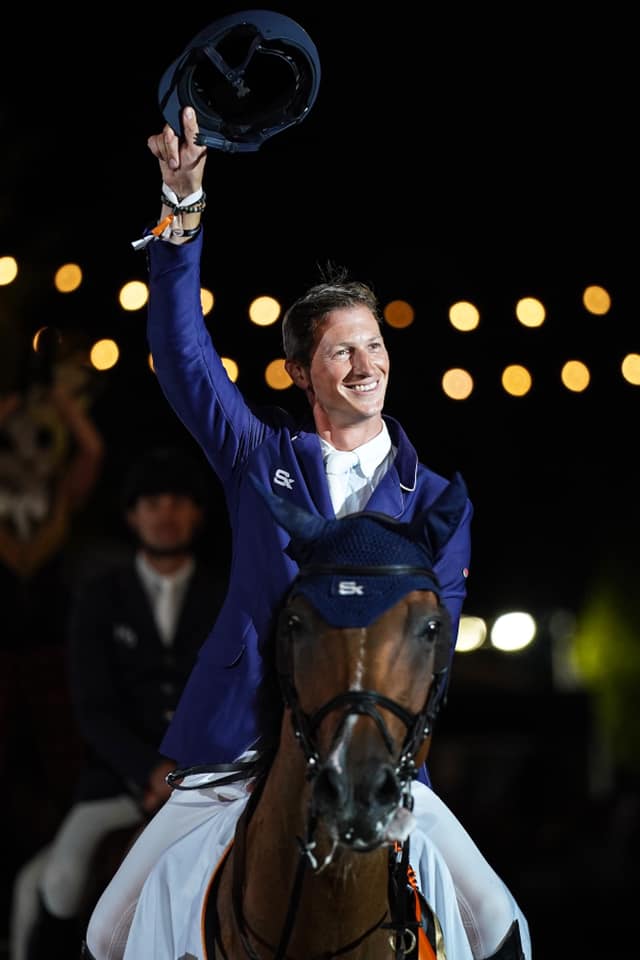 Riding for the hosts, Daniel Deusser (GER) and the gelding delivered again with a double clear round in a time of 42.12 seconds – this time with another horse. “On the straight lines I knew I would not be the fastest, I added a stride there so I wanted to be good on the two roll-backs – on number 5 and number 7 – and both of the turns worked really well,” Deusser explained about his tactics for the second round. “Calisto is a very consistent horse, he has been placed already for the whole year in all kind of classes,” he said about his winning ride.

The Belgians came strong in force as Jos Verlooy (BEL) and the 10-year-old mare Jacobien Dwerse Hagen (Va-Vite x Querlybet Hero) took the runner-up position, registering a double clear and a time of 43.75 seconds in round 2.

Frederic Vernaet (BEL) and the 10-year-old gelding Euphoric Van Beek (Clintord x Up and Down Celle Broderbos) secured third place with two penalty-free efforts, the second one in 45.24 seconds.