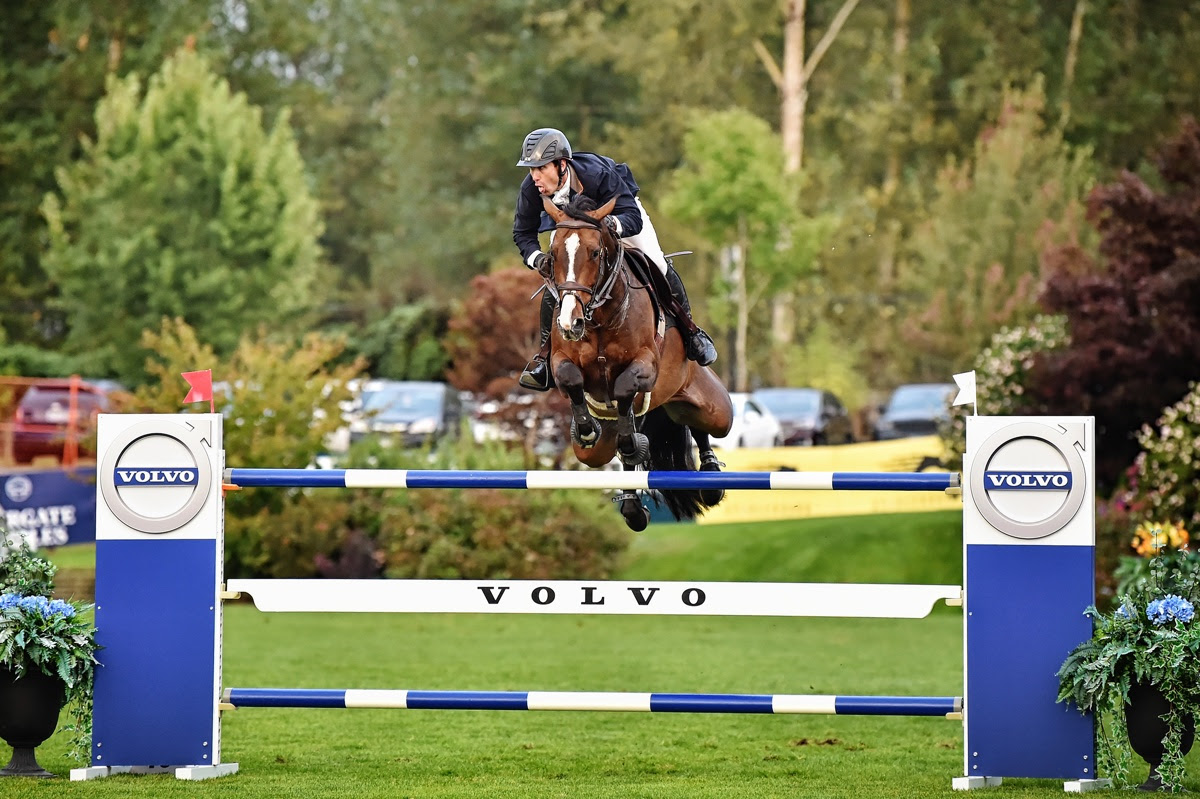 Kocher and the 8-year-old Oldenburg stallion crossed the timers of Peter Holmes’ (CAN) 1.50m speed track in 60.46 seconds, besting a field of 66.

Kocher bookended Bond on the podium with Fashion V, clocking in at 61.14 seconds to finish third in the class. The top 40 athletes qualified for Sunday’s Longines FEI Jumping World Cup™ Vancouver, presented by Celebrity Cruises—the first leg of the 2019/2020 North American League season.

“I was already going to be second, so I was just going to go all out, and if I knocked one or two down, oh well,” Kocher said. “That was my strategy.”

Holmes’ course played fairly for the field, with rails falling throughout the 13-fence track. Kocher set the tone for his win with his third-place finisher, as Fashion V gave him a strong first look at the course. The mare’s performance took him into the lead momentarily, before Bond, who a week ago won three international classes at tbird’s CSI 3* Summer Fort Classic, took command of the lead.

However, Kocher was determined to take the top spot back, and he pumped his fist in the air when he crossed the timers and looked up at the scoreboard. Kocher has been developing Squirt Gun for about a year after acquiring him from renowned horse dealer Paul Schockemöehle of Germany and thinks exceptionally highly of the athletic horse.

“[Squirt Gun] is really good,” he said. “I don’t think, I know he’s one of the best horses in the country, maybe the world. He’s only eight years old. He’s really green. Every venue we’ve been to, he’s got a big result—Kentucky, Spruce Meadows, [Rocky Mountain], here. He’s just naturally good.”

“The other advantage I had against a lot of people today was I wasn’t using my Grand Prix horse, so I could really go all out. Carollo jumped [Wednesday’s $75,000 tbird Challenge], and I’m just resting him, so I hope he has a full tank on Sunday.”