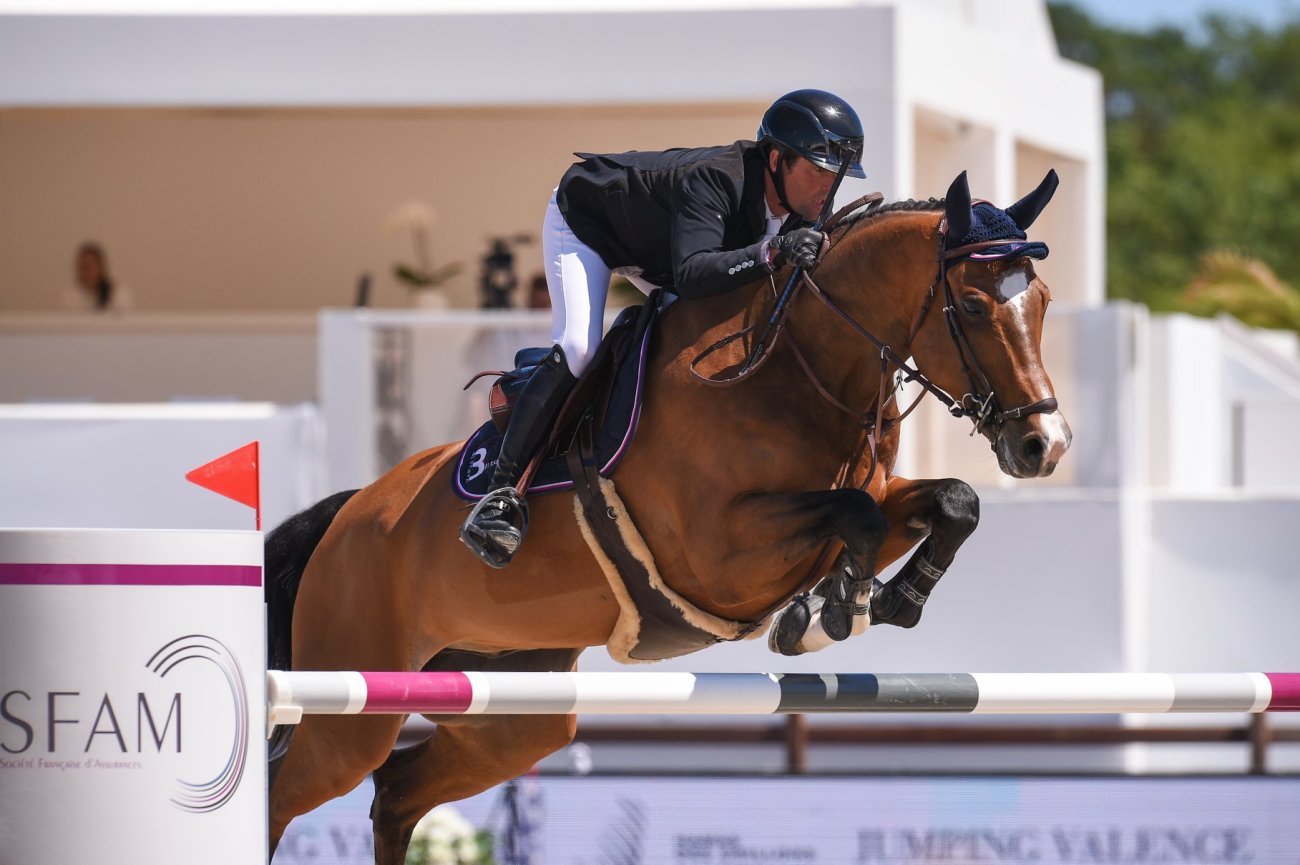 Twenty-five combinations entered the ring but only eight of them managed to get clear all the  1.45m 13-goal and 16-effort obstacles set on Andrea Colombo‘s  course in the first round, qualifying for the jump-off.

“The first two went very fast, and anyway, Edward Levy and Starlette de la Roque were always fast, Emma Augier de Moussac had managed to go faster so I had no choice. I felt that I needed to insure the last one, so I risked doing this but I thought it was better to avoid the four points and Cliffton was very fast in the turns and my tracks were all within the footsteps of others, and I think that’s why we managed to win, “said the Frenchman after his victory.

The Frenchm and and the 12-year-old bay Dutch Warmblood gelding (Clinton x Halando II vd Watering)  used tight the turns before taking the time to secure the last obstacle before and secure the victory flawlessly in 39.33 seconds.