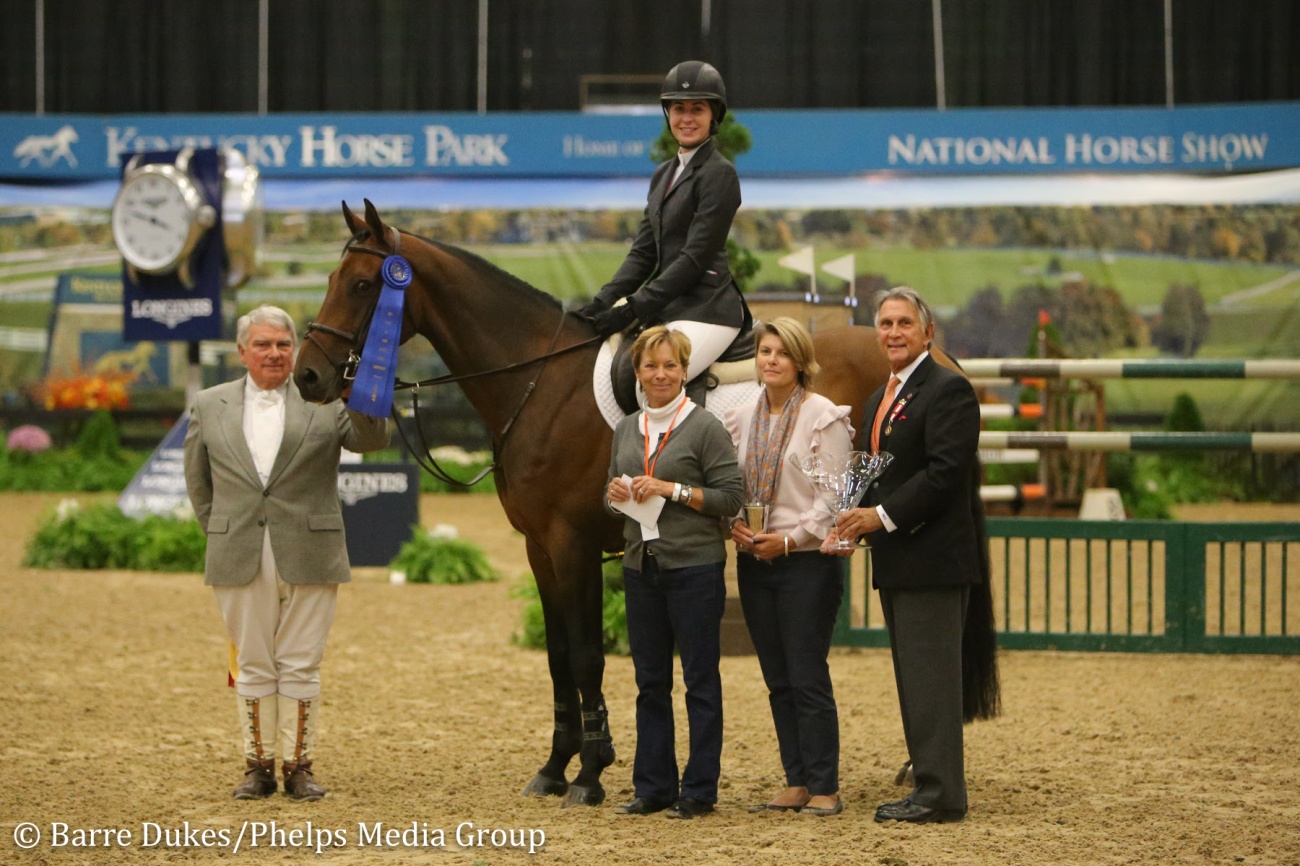 The USEF Under 25 National Championship began Thursday afternoon with the $15,000 faults converted speed competition, where high school senior Madison Goetzmann rode her own Prestigious to the win with a speedy, fault-free round in a time of 61.968 seconds.
Goetzmann and the 10-year-old Westphalian gelding partnered less than a year ago, but have found great success in the jumpers throughout the year. The 17-year-old junior rider from Syracuse, New York, has proved her versatility, winning the Region 2 ASPCA/NHSAA Maclay Championship with hopes of also capturing the ASPCA Maclay National Championship on Sunday.
Abigail Mcardle and Plain Bay Sale’s Chuck Berry 8 were close behind with a time of 62.784 seconds, while Jennifer Gates followed in third aboard Evergate Stables LLC’s Alex in 64.473 seconds. Round two of the USEF Under 25 National Championship will be held on Friday with a $20,000 jump-off competition, while the third and final round will be held on Sunday. The competitor with the lowest number of penalties after all three phases will be crowned the overall champion.