Šamorín, Slovakia. – October 23, 2021 – The power pairing of world number one Peder Fredricson on H&M All In and Edwina Tops-Alexander with Fellow Castlefield propelled Valkenswaard United to victory in the 2021 GCL overall season Championship with drama until the final seconds in Šamorín, Slovakia. After […]

Šamorín, Slovakia  – October 21, 2021 – It’s showtime for showjumping and the chase for the championship is on today at the X-Bionic Sphere! One more prance, one more dance to crown the 2021 Global Champions League Champion! The Valkenswaard United are favorites to win after having scored 288 points […]

Šamorín, Slovakia – October 21, 2021 –  The Championship battle has intensified as Global Champions League Šamorín R1 left just one pole separating Valkenswaard United and the Shanghai Swans going into the final showdown on Saturday. As the sun set the first part of the conclusion to a […] 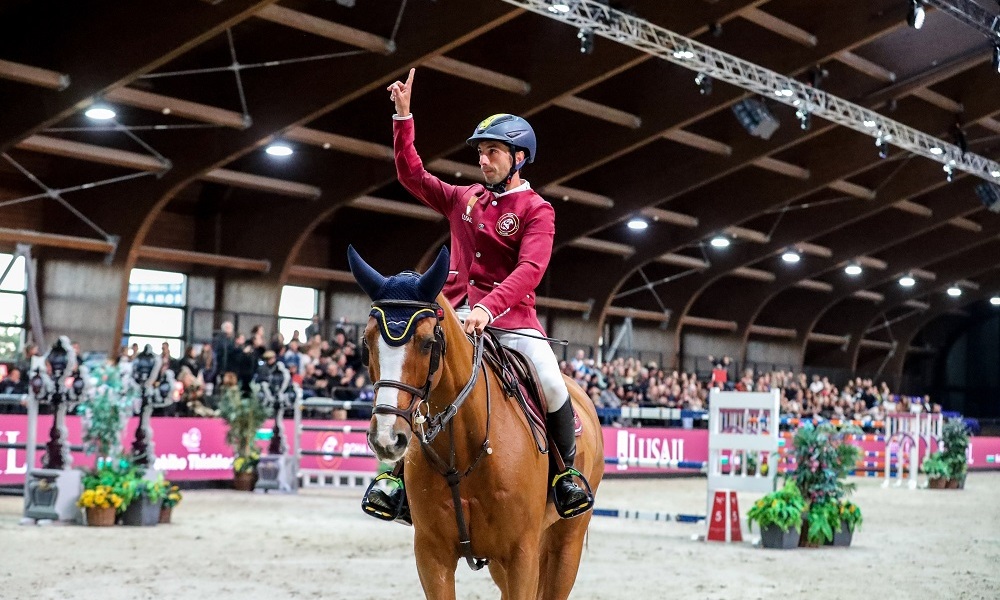 Šamorín, Slovakia – October 16, 2021 – Doha Falcons converted their pole position into a sensational win at the stunning X-Bionic Sphere, Šamorín during the penultimate stage of the 2021 season. Bassem Mohammed (QAT) and Caletto Cabana teamed up with Yuri Mansur (BRA) on Vitiki to produce the […]

Championship Dreams on the Line! Riders & Horses for the LGCT of Samorin CSI 5*

Samorin, Slovakia – October 11, 2021 – It’s showtime for showjumping and the penultimate opportunity to score precious points towards the Longines Global Champions Tour (LGCT) & Global Champions League (GCL) season standings. Which rider will claim the crown of the Champion of Champions and which team will […]

LGCT Announces Doubleheader in Stunning Location along the Danube River

Šamorín, Slovakia – September 08, 2021 – The thrilling final stages of the Longines Global Champions Tour and GCL 2021 season will be staged in the beautiful setting of Šamorín on the shores of the Danube River. The X-Bionic Sphere resort will host the 14th stage and the […]