Towell and the 2010 Anglo-European Sport Horse stallion (Animo x Cevin Z) owned by Whiterock Farm LTD. left not one, but two strides out to fly into first place, Towell explained: “He has such a big stride. In the first round, there was an eight-stride line and I did six strides there in the jump-off. I think I was the only person to do it in six, which was a little bit crazy, but the horse has such a big stride.” 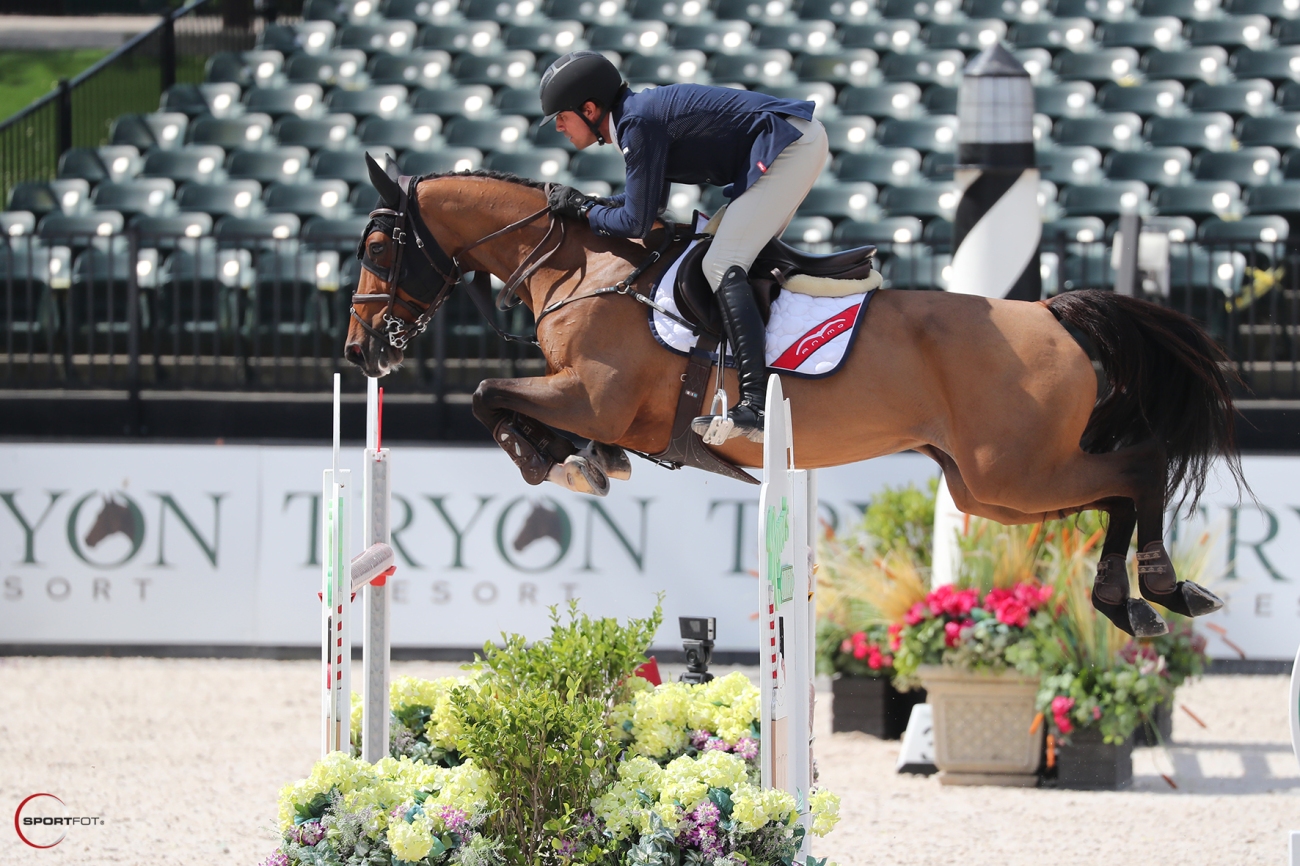 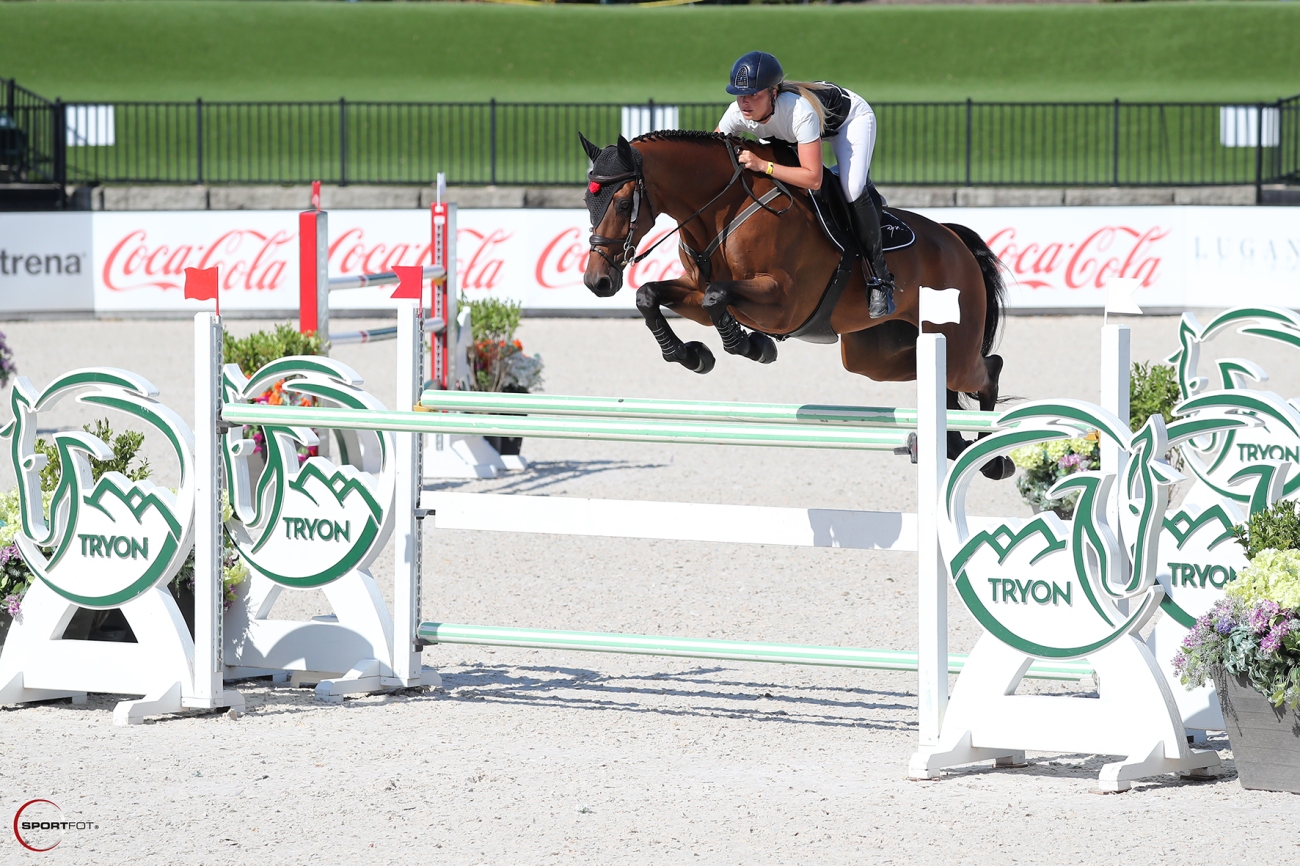 Having inherited the ride on Billy Manjaro from business partner Darragh Kenny, Towell detailed that he’s only a month back into showing following surgery for a broken foot. “I broke my foot and had surgery in December. So, then, it’s been about a month that I’ve been back showing [after COVID-19 shutdowns] and I’ve been close, but I haven’t really won anything.” Towell admitted, “I am quite competitive and I have been a little bit upset. So today, I [know] I’m taking next week off, and decided to just go as fast as I can and maybe the luck will be on my side.”

Though he chose not to compete under the lights with Billy Manjaro just yet, because they’re still getting to know each other, “he has all the ability in the world,” Towell said of his mount. “He’s just a bit green. Hopefully by the end of this year [we’ll compete at the Grand Prix level.] He has all the scope and jump and everything, so I’m going to keep going how I’m going and see where it ends up.”

“Like I said, I’ve been here three weeks and have been quite close to winning a couple big classes. Last night [in the $73,000 JTWG Inc. Grand Prix CSI 2*], I was clean in the first round and rode poorly in the jump-off, so it was nice to kind of finish my time here [with a win],” Towell concluded. “I look forward to coming back here in the fall!”