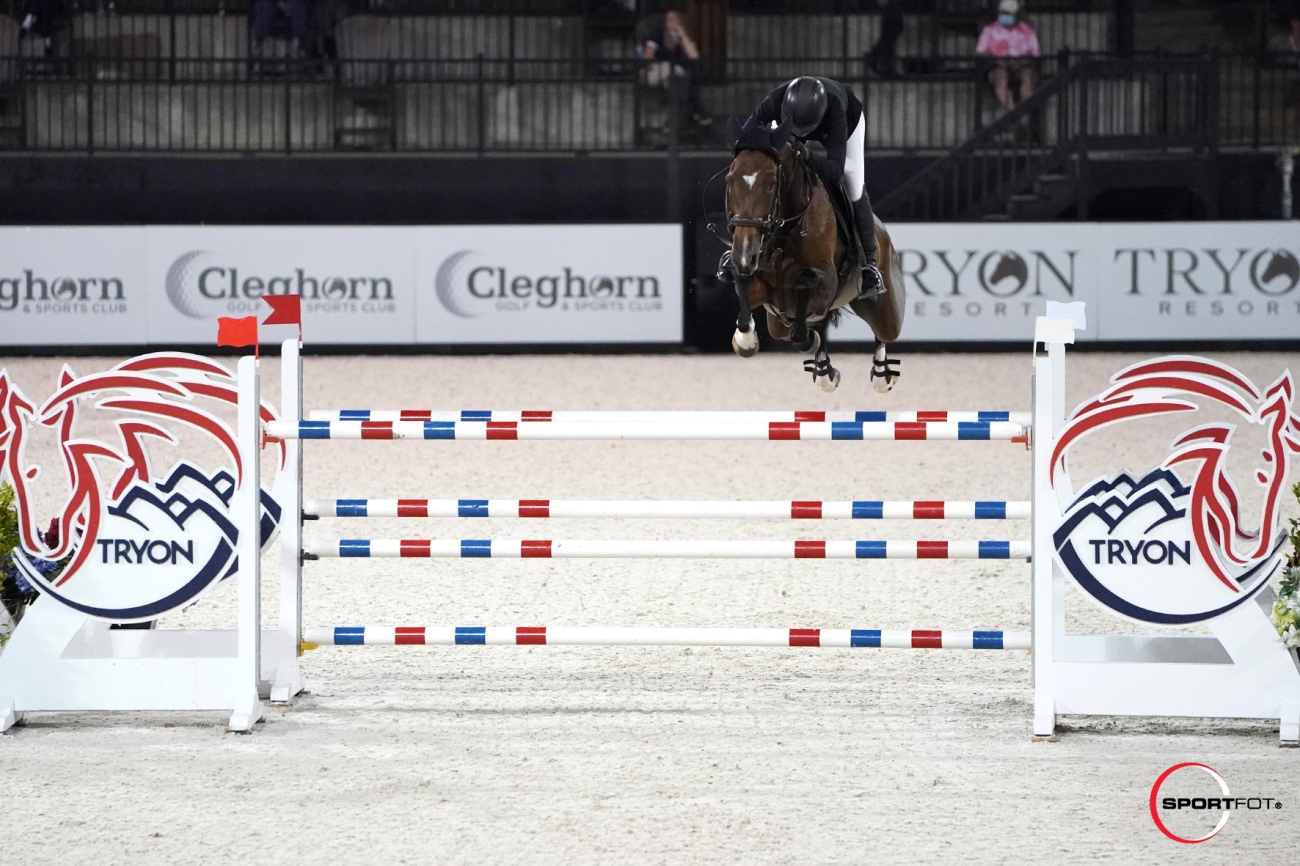 Oscar Soberon (USA) tested 38 horse-and-ride pairs on his first-round track, with seven pairs qualifying for the jump-off contest. Shahinian-Simpson and “Nahla,” the 2008 Holsteiner mare (Quinar x Landwind II) owned by Carol Rosenstein and Silver Raven Farms, were one of two double-clears on the night, taking the victory in what is only Nahla’s second show back after recovering from major surgery to repair guttural pouch mycosis via two nitinol plugs placed in Akuna Mattata’s internal carotid artery. 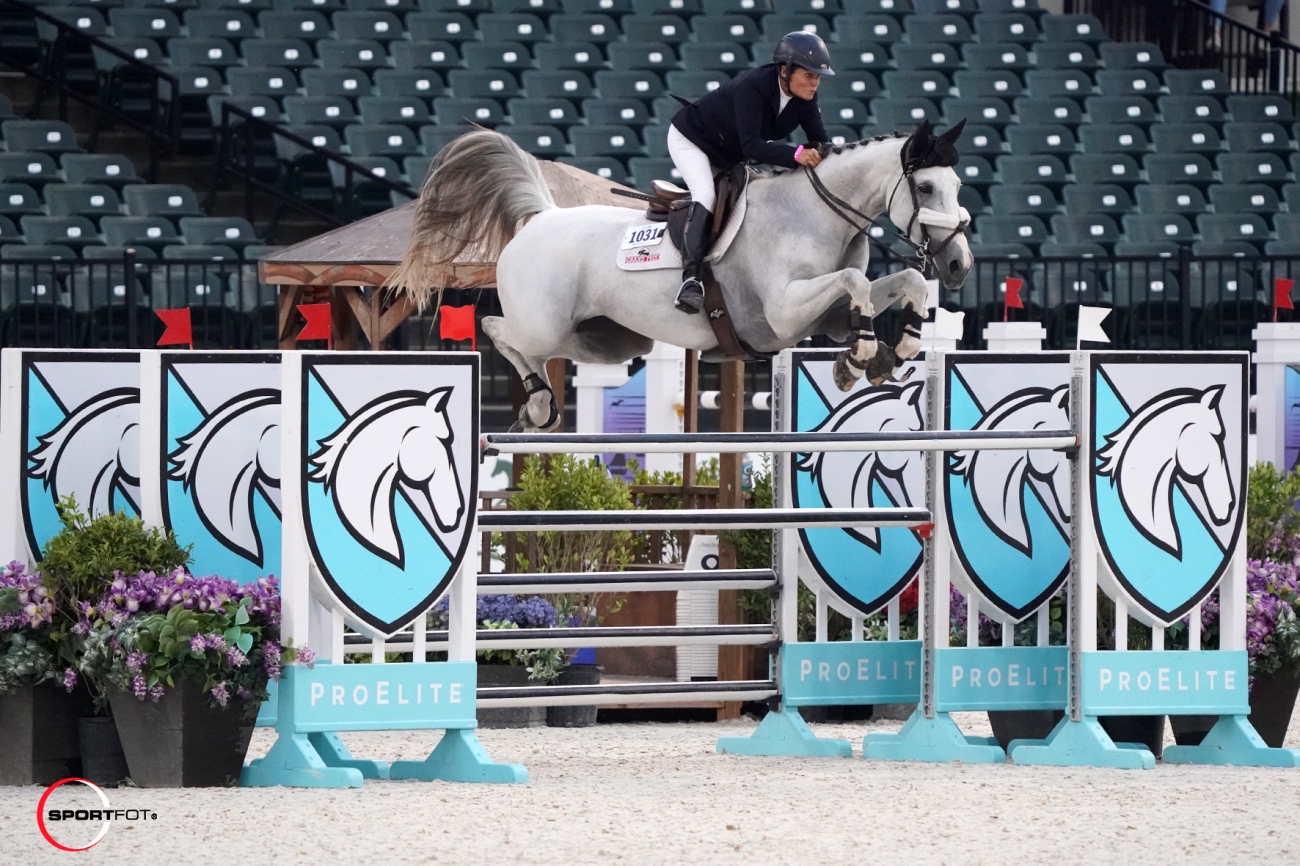 “She had a fungus in her artery, so she had to have a life-[saving] surgery. This is her second show back, and we’re so lucky to have her,” Shahinian-Simpson said. “She really is in good form, and is a true fighter. It was really dicey and we were very fortunate to catch it, as the condition could have [caused her to] bleed out at any time.”

Shahinian-Simpson has known Nahla, who is actually a triplet via embryo transfer, since birth, “so we’ve really grown together,” she explained. “She’s really come into herself. She’s so quick across the ground, and has this turbo stride. She can leave one or two out. She’s really clever. From the get-go, she’s always looked for the jumps. She’s very competitive. She’s a triplet, and her sister is the same way. They were born to compete!

“We were one of the first to compete here when TIEC opened,” Shahinian-Simpson noted. “It’s always nice to come back! The new footing [in Tryon Stadium] is great. I’m all for it! Last year, we did the Fall Series here. It’s a great venue, and we’re lucky that we get to show at this time. Everyone’s doing a great job during these trying times,” she concluded. “It’s the new normal, whatever that may be, and everyone has put in a great effort to keep us going.”