In Saturday’s Tryon Resort Grand Prix, Minikus and Amex Z registered no penalties while stopping the jump-off timers at 35.096 seconds for the victory. Minikus praised the growth of Amex Z, a 2009 Zangersheide mare (Andiamo Z x Landaris) owned by Bit By Bit Group, saying, “I think she [Amex Z] has really matured. She’s been a little bit inconsistent, but she started to go really well at the end of the winter circuit. With a couple months of being off at home and training the old fashioned way, she really grew up.” 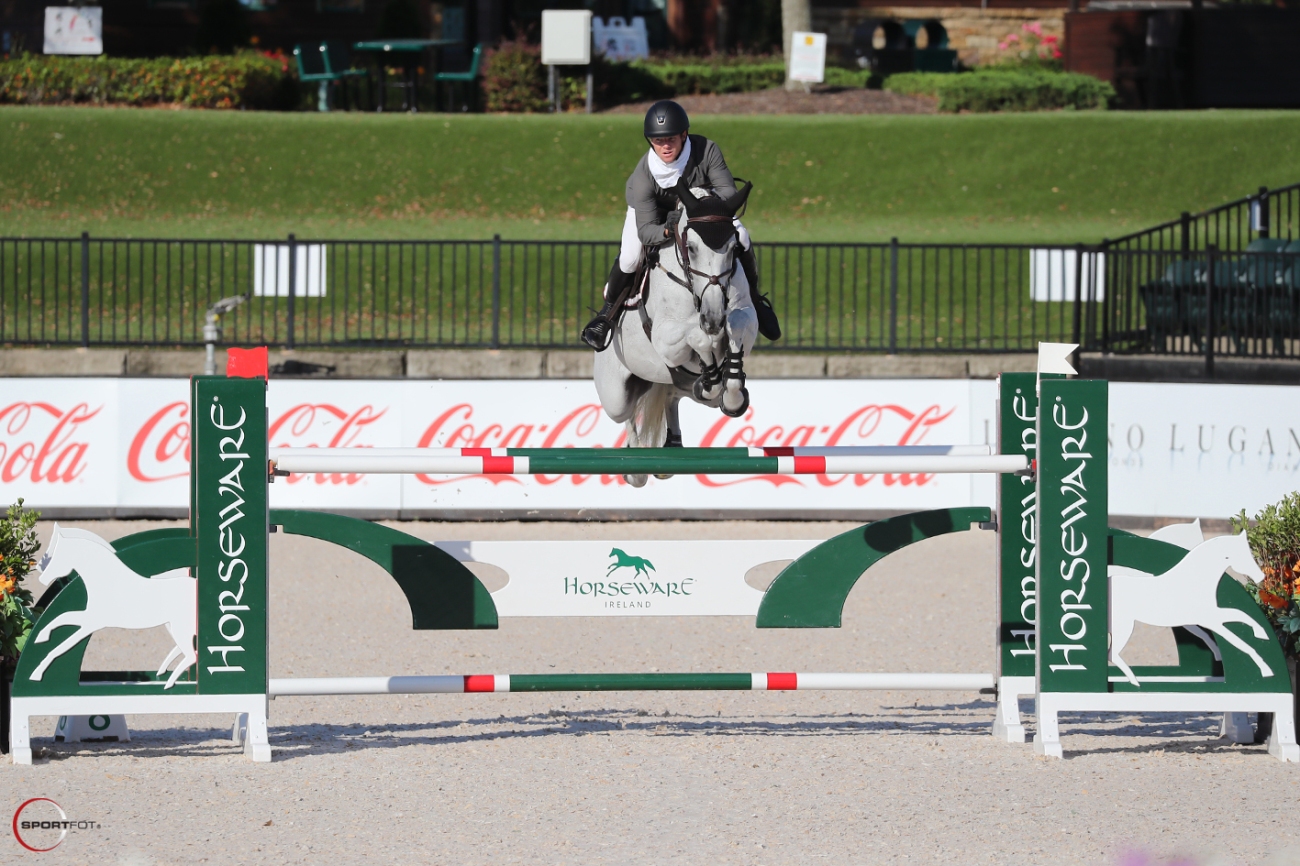 The first grand prix of the Tryon Summer Series welcomed 22 horse-and-rider pairs to the Tryon Stadium course designed by Oscar Soberon with ten pairs returning for the jump-off.

The course was a true speed test according to Minikus, who knew he had to push hard to beat third place’s VanderVeen who has a reputation for speed.

“It was a nice course. It was a super fast and competitive jump-off. The whole thing read speed, speed, and speed,” explained Minikus. “There were some super fast riders and horses. We had Kristen VanderVeen with ‘Frosty,’ who I like to call ‘White Lightning.’ He’s freaky fast. Going early in the jump-off, I thought maybe that would be a disadvantage, but we got lucky that the jumps came up just perfectly. Our time seemed to hold on through all of the sharpshooters who were coming after me!”