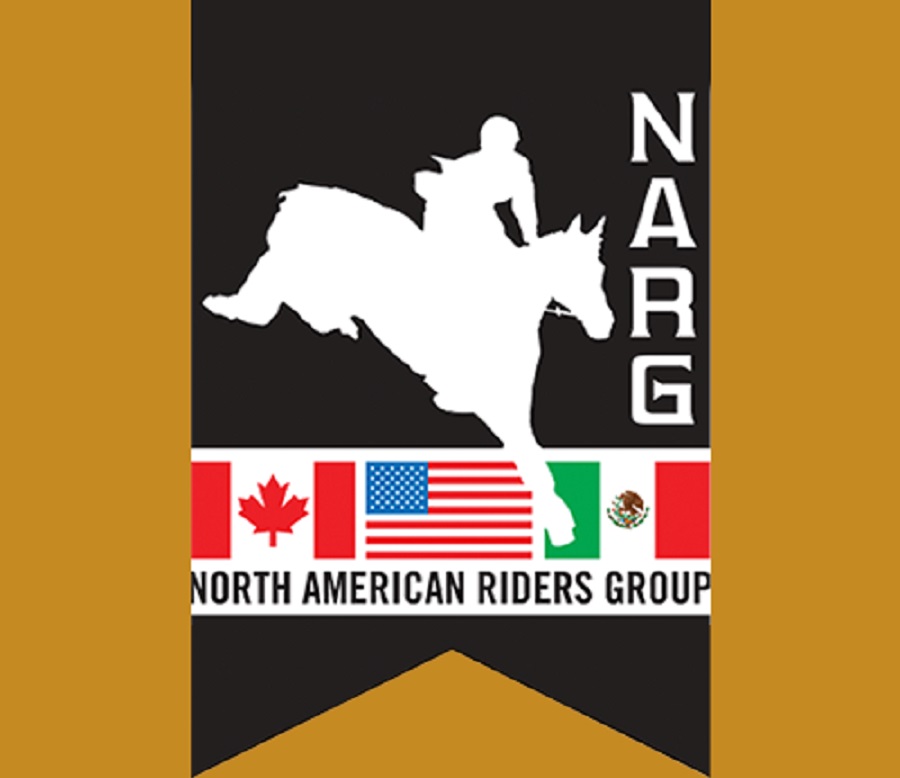 May 27, 2020 – When the North American Riders Group last sent a release about plans for the return of the NARG Top 25, the terms COVID-19 pandemic, shelter-in-place order, social distancing and face masks were not rampant in our daily vocabulary. As we dealt with the challenges of a global issue on an international horse show level, and rearranged our schedules to stay at home until competition begins again, NARG decided to issue a Sport Report focusing on the Winter Venues.
NARG Top 25 work began last fall when we revisited the evaluation form, and reached out to managers, riders and owners to get feedback. As a result, and to level the playing field, the evaluations include subjective scoring, plus NARG research and points awarded via a questionnaire answered by management.
In North America, the competition year kicked off with a winter season comprised of 21 CSI 3*, 4* and 5* events over an 11-week period, leading directly into a busy spring season that had 12 more events of this caliber plus a Longines FEI World Cup™ Final that were to be complete by the end of May.
By the time that mid-March hit and shows were canceled, 19 shows over nine weeks at eight venues throughout North America were in the books and evaluations well underway. These events and the venues that hosted them are the focus of this first edition of the NARG Sport Report.

What Happened in a Decade
The sport of show jumping has evolved in the decade since we gave a voice to the riders, owners and trainers in North America. The number of FEI events offered has more than doubled, but more importantly the star-ratings went up. For example, in 2010 there were four CSI5* events on the calendar, with three of them in summer or fall in Calgary; in 2020, there were 20 CSI5* events on the calendar, with eight (40%) scheduled in Wellington, Mexico City and Miami, before the Canadian season even commenced.  Of course, these are pre COVID-19, but illustrate the point of how North America has stepped up in this regard.

In the four years and three months since we last released a report, new events, organizers, tours, and facilities have come on the scene, and we commend all of their efforts. We are truly sorry for those events that canceled since mid-March, as the loss is felt on so many fronts.

We were all set to have a busy year, from the NARG Top 25 perspective, focusing only on CSI 3*, 4* and 5* events, there were 74 events and one Final to focus on. With this global change that halted the end of the winter season and obliterated the spring season, we all took a deep breath and considered what we had accomplished this winter.

Up from four events in 2010, eleven in 2015, Mexico had 22 FEI CSI 2* – 5* events on their calendar. Six of those offered top competition at three impressive venues this winter.

The winter season is certainly important to the sport of show jumping in North America and worthy of its own report. Since the events are produced in two countries, at eight different venues by six managements, each week was evaluated multiple times and we averaged the scores by venue.

Although the evaluation form was updated for 2020, interestingly the highest scoring venue was within a percentage point of the top score earned by Spruce Meadows in 2015. The eight venues were separated by less than 14 percentage points, and the lowest scoring venue is certainly not ‘the bottom’ as the score would have not only made the top 25 in 2015, but securely in the middle of the list.  We also noticed that had we continued through the full year of 75 events we would have been splitting hairs with scores.

Of course, there are many events that would certainly have been recognized in the NARG Top 25 this year that we regrettably won’t be evaluating this season, including some of the top over many years, Thunderbird’s May events and the aforementioned Spruce Meadows, to name just two. NARG looks forward to the return of these as well as the GCT, Split Rock Jumping Tour, Tryon and others to the North American calendar.

One final note – NARG is aware that our sport goes beyond FEI Jumping; that there are young horse programs, jumper development programs as well as high performance hunter and equitation events and programs. Currently our focus is on high level show jumpers. We intend to expand that over time.

Wishing all riders, owners, trainers, organizers and the wide net of those who help make this sport what it is, as well as all their horses, good health. 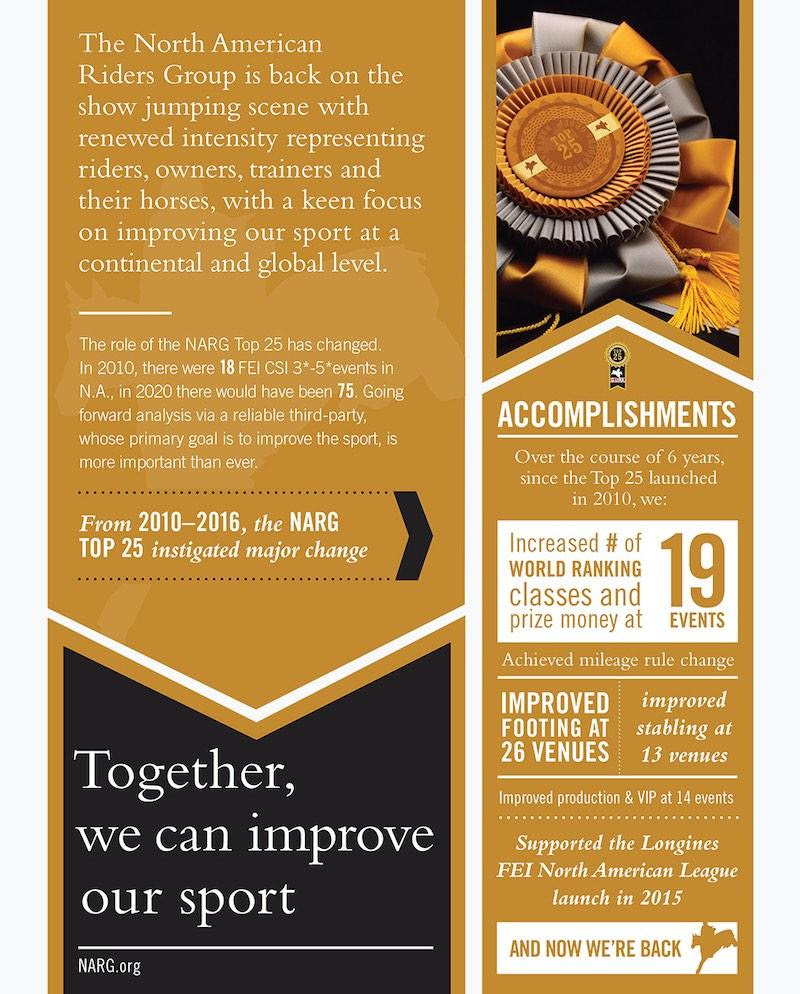