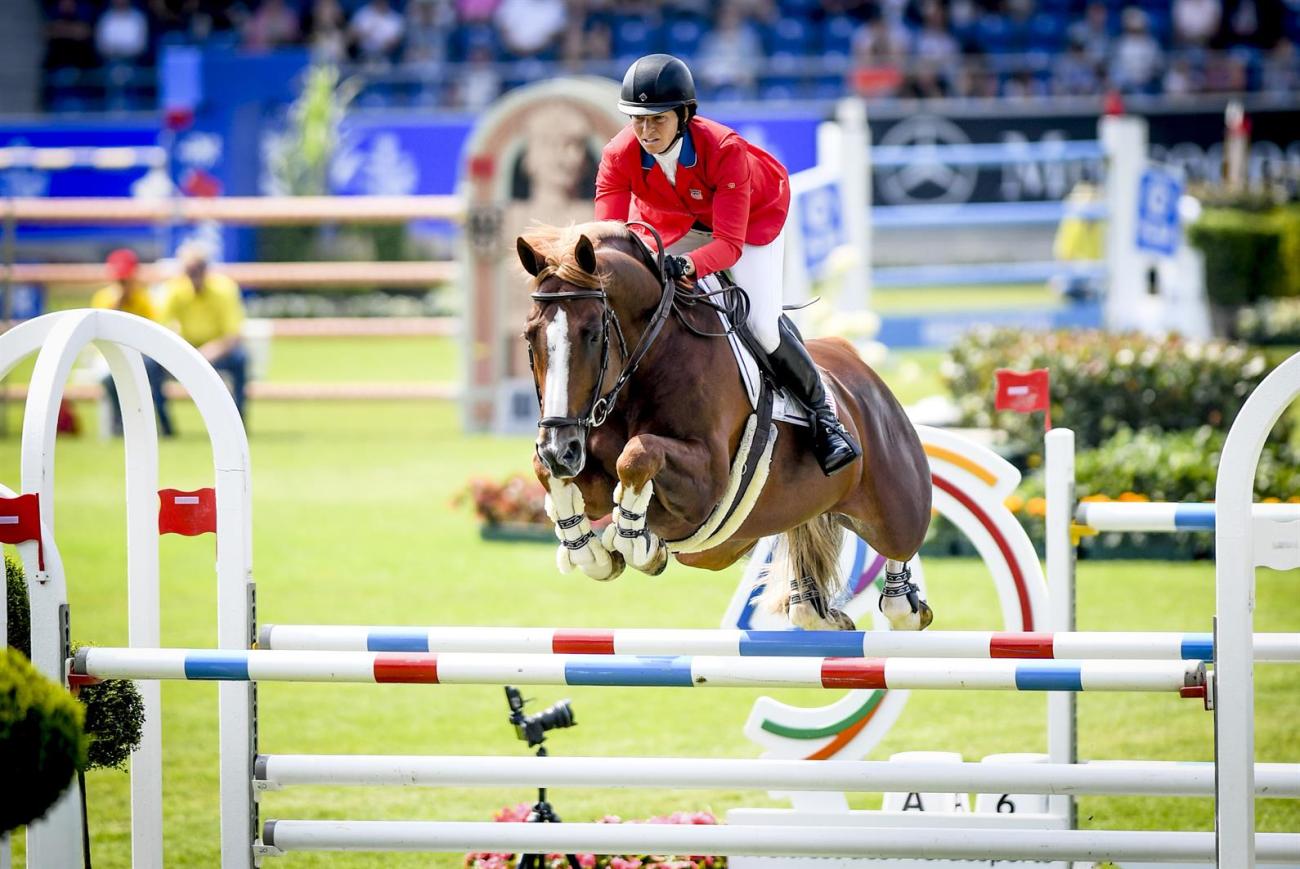 West Palm Beach, Florida, USA – January 11, 2020– US Equestrian is pleased to share that Darry Lou, Abigail Wexner’s 2008 Dutch Warmblood stallion, has been voted the 2019 International Horse of the Year.

International Horse of the Year

Darry Lou (Tangelo van de Zuuthoeve x Venus/Nabab de Reve) has become a stalwart in the talented lineup of mounts for five-time USEF Equestrian of the Year and Olympic gold medalist Beezie Madden (USA), as the pair have captured numerous international wins since their partnership began in 2017. The 2019 competition year was highlighted by several historic finishes for Madden and Darry Lou as they capped an exceptionally strong seasonal campaign with back-to-back wins at the prestigious Spruce Meadows ‘Masters’ CSIO 5*. Following a win in the Tourmaline Oil Cup 1.60m, Madden and Darry Lou went on to secure top honors in the world’s largest grand prix, the $3 Million CP International Grand Prix CSI 5* presented by Rolex, besting a field of 49 renowned competitors.

Madden and Darry Lou earned two additional wins during the ‘National’ Tournament at Spruce Meadows in June and produced a double-clear effort for the NetJets® U.S. Jumping Team during the Nations Cup Aachen CSIO 5* competition prior to earning a top-10 finish in the prestigious Rolex Grand Prix of Aachen in July. Their 2019 campaign began at the Winter Equestrian Festival, where they secured top honors in the $209,000 Marshall & Sterling Grand Prix CSI4* before going on to top the AIG $1 Million Grand Prix in Thermal, Calif., in April.

“The [Pegasus Awards] was a really fun night because you get to meet a lot of interesting people and hear about their stories, but tonight is honoring the horse. And that’s why we’re all here and why this entire organization exists. It’s reallt special to be able to honor the horse and I feel really lucky to have sucha talented horse like Darry Lou,” said Madden.