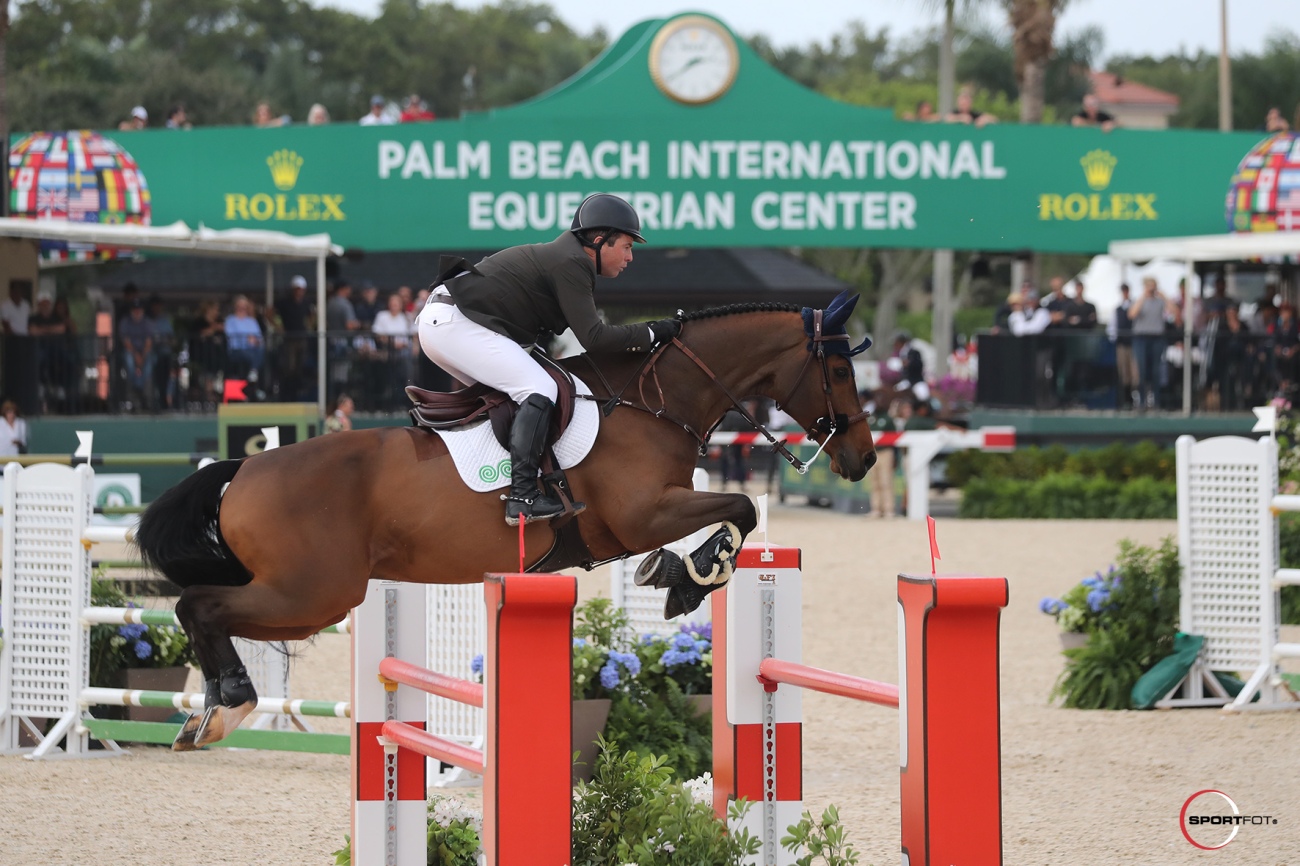 WEF continues through March 29, 2020, with 12 consecutive weeks of world-class competition and $13 million dollars on offer. The second week of competition at WEF, sponsored by NetJets and recognized as a CSI 2* by the Fédération Equestre Internationale (FEI), runs January 15-19 featuring the $73,000 NetJets Grand Prix CSI 2* on Saturday, January 18.

From a 46-horse field, 17 advanced to the jump-off of the Rosenbaum PLLC Grand Prix set by course designer Eric Hasbrouck (USA). Returning sixth, O’Connor and 11-year-old Italian Sporthorse gelding Lazzaro Delle Schiave (Acodetto 2 x Gluecksgriff) gave it all they had, stopping the clock in a time of 35.956 seconds.

The time would eventually take the victory by less than a half a second over runner-up Molly Ashe Cawley (USA) riding Balous Day Date (Balou du Rouet x Domino), owned by Louisburg Farm to a time of 36.455 seconds.

“We went early and I knew there were some fast ones and good ones behind me, so I took out a few strides, particularly to the last, and really used my horse’s strength there,” said O’Connor, who has settled in Wellington for the duration of the season with his three top horses. “The course was fast and a nice test for the rest of the circuit.”

O’Connor has only had the ride on Lazzaro delle Schiave, a horse previously campaigned by Italian rider Massimo Grossato (ITA), for two months. The pair, however, has wasted no time finding success by pocketing a CSI 2* win in Europe before heading to Wellington to open up the season on top.

“This year is a big year for me and for team Ireland,” said O’Connor, who is a hopeful for a spot on the Irish show jumping team at the 2020 Tokyo Olympics. “So, I wanted to come here to try and be in shape physically and also on the horses during three months of intense riding and working. I came out here today to try and win this class, and it’s great that it happened.

“The main goal is to try and be up and running coming out of here and take what we can on the way, but not to overdo any of the horses,” continued O’Connor. “It’s only the build-up of the season toward the rest of the year, and obviously the goal all year in the back of my mind is Tokyo.”

After his win, O’Connor mentioned the upgraded footing in the WEF International Arena, saying, “The ground is perfect; as good as anywhere in the world if not better. But, more importantly is the schooling arena because that’s where we do most of our work, and that’s really good.”