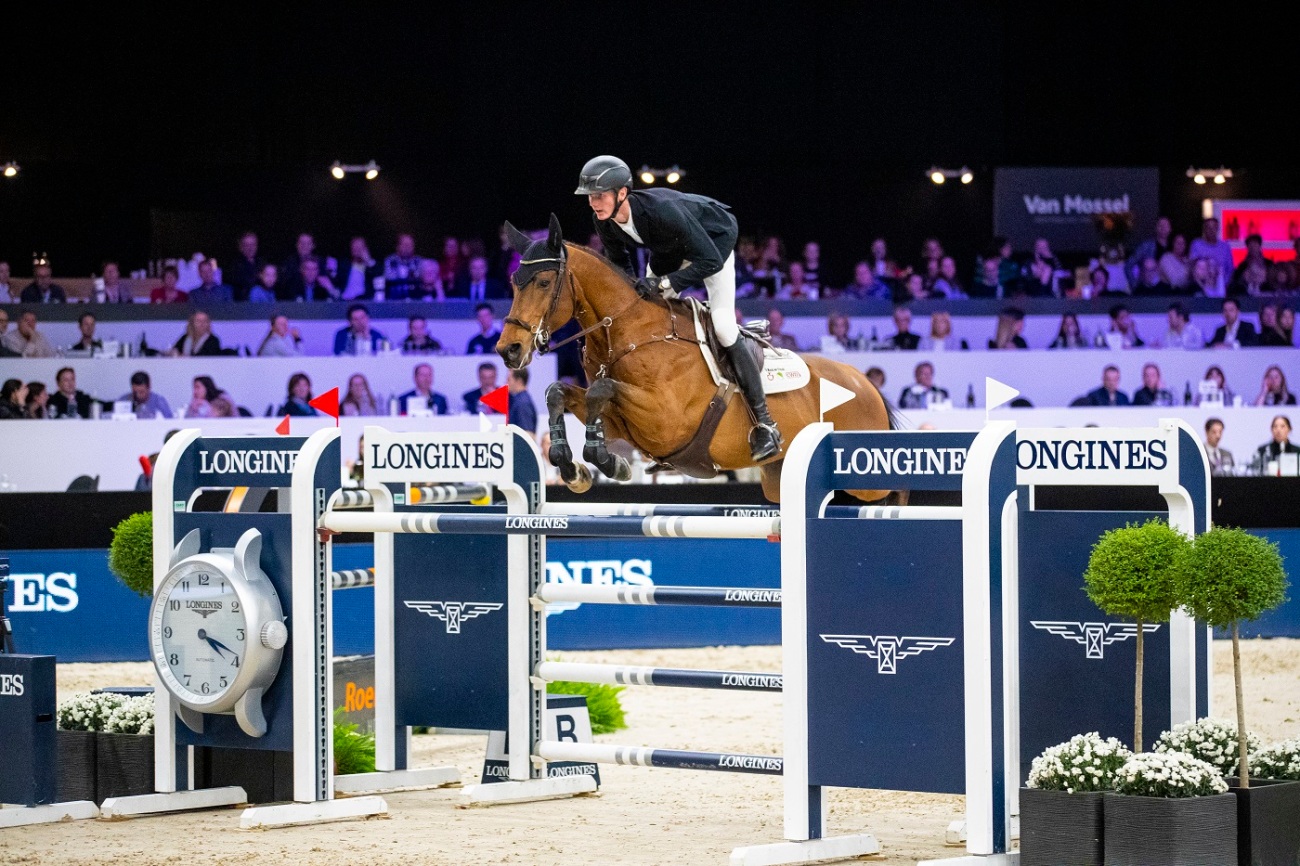 The Dutch rider was faster than his compatriots Leopold van Asten (NED) and Maikel van der Vleuten (NED) who were only 0.03 second apart. “The fantastic victory,” said Schuttert in front of the packed tribunes in the MECC.

The public was offered a super exciting Grand Prix. Ten combinations competed fiercely in the jump-off to win the coveted Longines watch, that now is on Schuttert’s wrist.

Frenchman Kevin Staut (FRA) was last to go and could still disrupt the Dutch party, but he did not succeed. Jumping Indoor Maastricht is kind of a home play for Schuttert, who originally comes from Ommen. He rides for the stables of Jos Lansink, which is located just over the border in Meeuwen, Belgium. Schuttert was often close to a victory in Maastricht.

This is a fantastic victory. It has been on my wish list for a long time,” said Schuttert afterwards. “I am proud of my horse Queensland E. He cooperates so well. I want to thank Jos Lansink that he has given me the chance to ride this horse. This is a great victory for our stable. I am really happy.”