Washington D.C., USA – September 26, 2019 – Laura Kraut (USA) is an Olympic gold medalist, a World Equestrian Games Champion and a fixture in U.S. show jumping, but until Saturday night in downtown, D.C. (USA) she hadn’t won the World Cup in Washington.

Andrew Welles (USA) and Primo Troy (Clinton x VDL Arkansas), pathfinders in the jump-off, finished second with 12 faults and a 45.69-second time. Brianne Goutal-Marteau (USA) completed an all-USA podium with a third-place finish aboard Viva Colombia (Couleur-Rubin x Landor S). That duo had just a single time fault in the first round.

“This has been a class I’ve wanted to win for many, many years,” Kraut said. “I’ve had quite a few seconds, thirds and fourths, but a win always seemed to elude me. At the beginning of the week, I said, ‘This is going to be my week.’ I felt good about it. [Fleurette] jumped really well [all week]. It’s very special.”

The packed crowd on hand was forced to wait in hopeful anticipation for a jump-off to be guaranteed. Welles posted his first round clear before the competition’s halfway point, and Kraut didn’t replicate his performance until the bitter end. She was the last to jump in the first round. 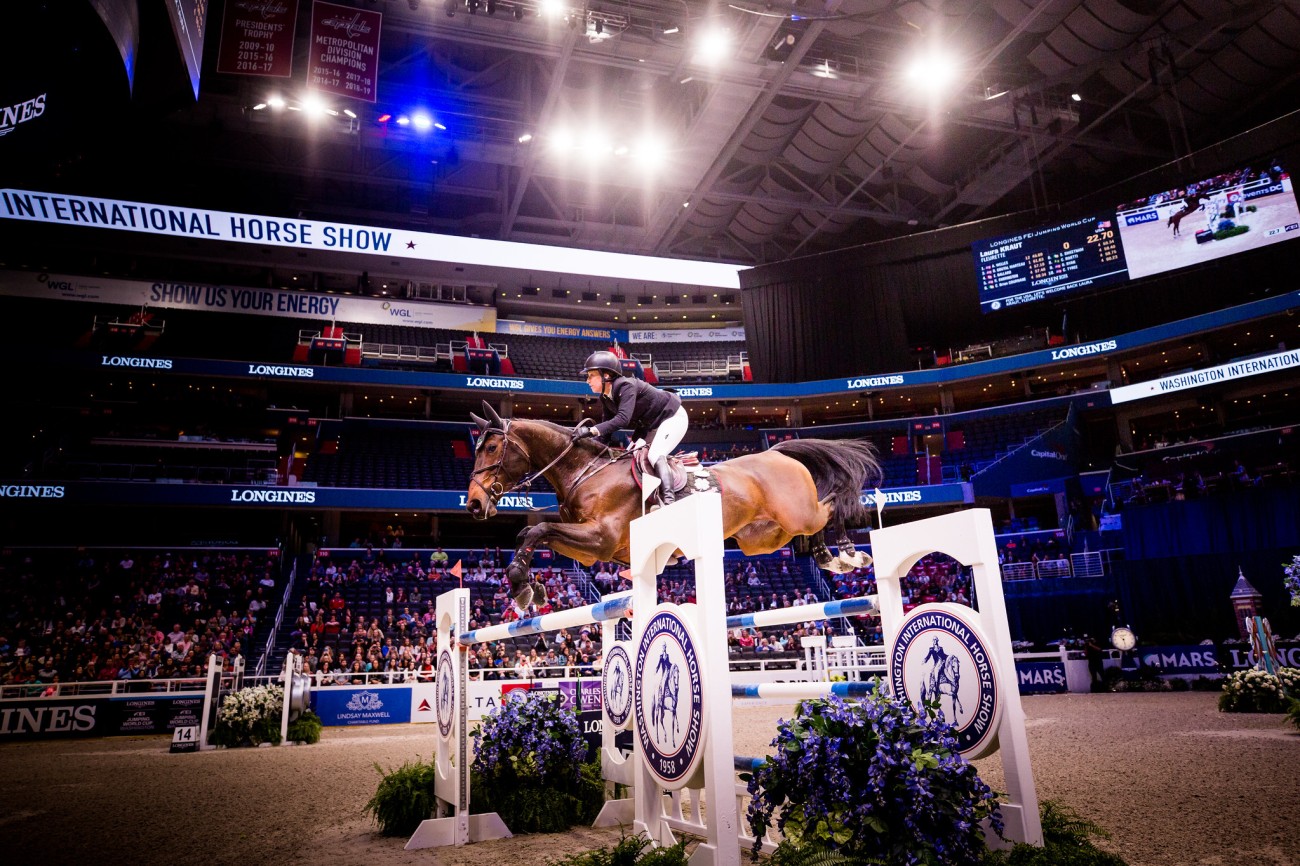 “I didn’t change my strategy [in the first round], but I watched [Welles] go,” Kraut said. “When he came out, I said to him, ‘You rode that perfectly.’ He rode it right on. He and I had sort of walked the course at the same time and talked about it. That was the plan we had. I just thought I would do that. [Fleurette] lets you ride her, and she’s really good at letting you place her to the jumps. It was just a matter of making sure I stuck to it!”

In the jump-off, Welles started with a bold pace, but a refusal at the second fence led to his 12 faults. That took the pressure off Kraut, who clinched the win with a single rail.

“For sure, when you know [your competitor] had 12 faults, it allows you to take a breather, but I didn’t want to muck it up! It’s a bummer that happened for him, but it was good for me!” Kraut exclaimed. 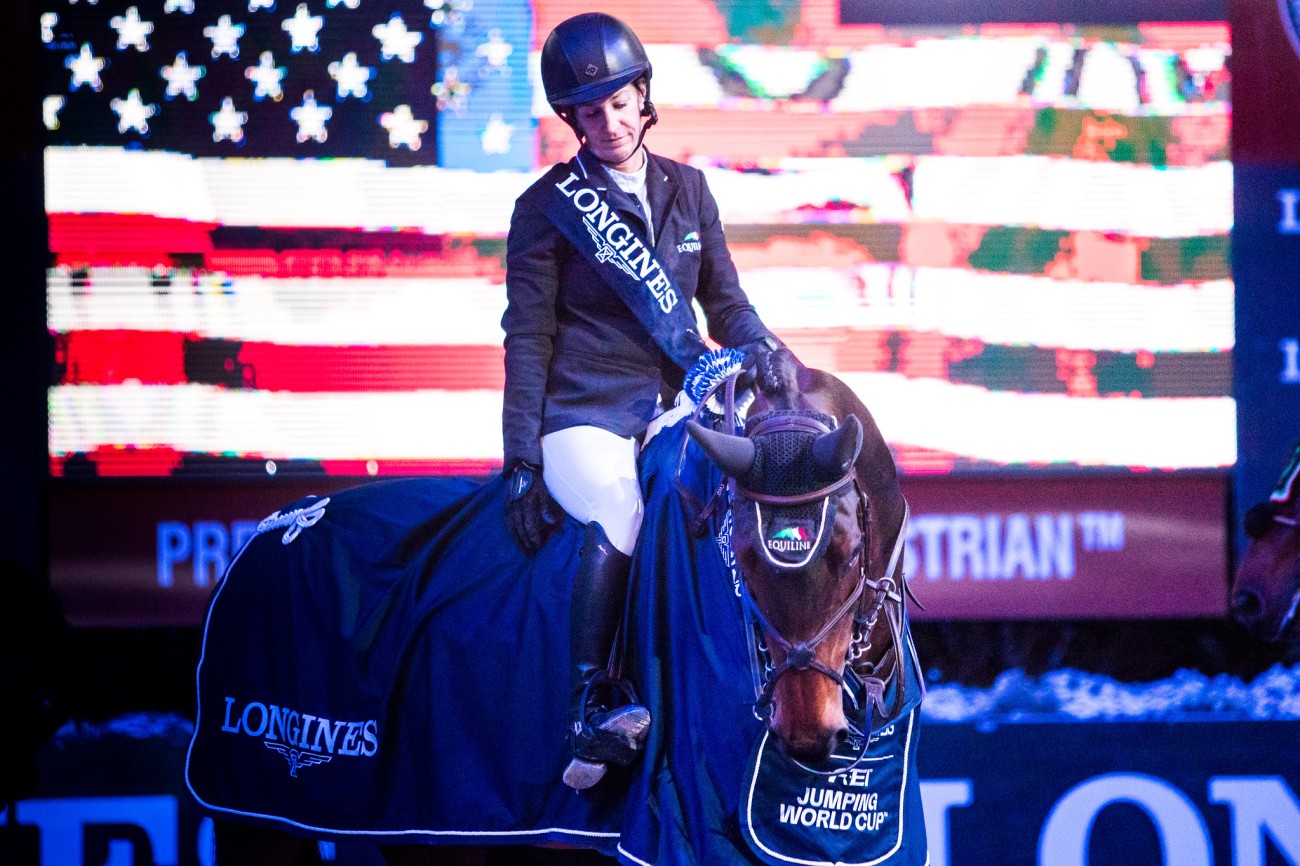 Kraut and Fleurette have only been paired since June, and the mare flew in from Europe specifically to compete in Washington.

“She has so many strengths,” Kraut said. “It’s fantastic. I think she’s got all the jump, all the scope; she’s careful, brave and sensible, and she lets you ride her. The only thing missing is mileage at this level. My goal would be [the Olympic Games in] Tokyo for her.”