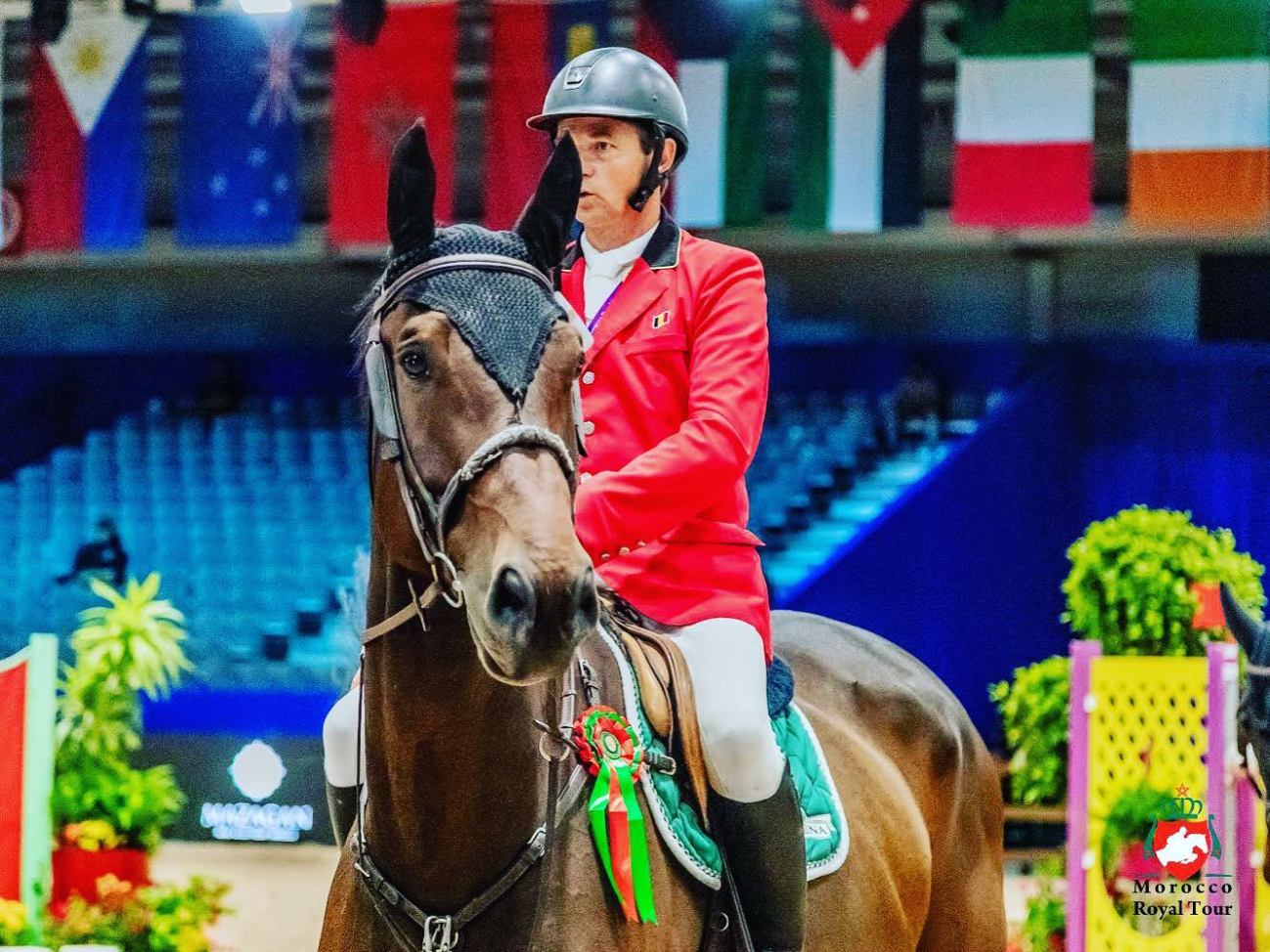 The feature class of the day was the €6,000 Prix Mazagan Beach Resort CSI 4*-W. After having designed the courses brilliantly in the first leg of the tour in Tétouan, Iuliano Vezzani (ITA) was once again the mastermind. The time allowed for the first phase was 38 seconds while it was determined that competitors complete the second section of the 1.35m-1.40m challenge in 40 seconds.

There were officially seventy-four entries on the startlist, with 71 of them entering the ring to compete. Karim El Zoghby (EGY) and F-Narcist (Eurocommerce Napels x Vanoverbeek) were the trailblazers, having two penalty-points attributed to them in the second part and stopping the final timers in 44.17 seconds.

As the sixth combination to enter the ring, Marc Rothlisberger (SUI) and Cashmere BS (Con Sherry x Corsar) were the first ones to finish the entire course on a clean scorecard, temporarily claiming the lead in 30.13 seconds.

As the class continued, it became clear that there were three possibilities of going inside, one a very risky to the yellow obstacle in the middle of the ring that only a few dared to take. At the same time, the second section of the challenge was taking a toll on the contestants, with many of them receiving time-penalties.

Ibrahim Hani Bisharat (JOR) and Getric van Beek (Fantomas de Muze x Gelha’s VDL Emilion) overtook the Swiss at the top of the leaderboard by almost a full second, lowering the mark to 29.28 seconds. However, the Jordanian would end up in second.

That was because José Thiry (BEL) and Fire (Numero Uno x Cash) put final numbers at the top of the leaderboard, taking tight turns while still going fast. The Belgian rode the 9-year-old bay Dutch Warmblood gelding (Numero Uno x Cash) across the finish line in 29.07 seconds for the victory.

Simon Delestre (FRA) and Casall 16 (Casall x Cantus) were the only other combination among all the remaining contestants to come close to the challenging the mark, eventually sliding to third place in 29.28 seconds.