Omaha, Nebraska – October 15, 2019 – Omaha’s own Brooke Cudmore (USA) and her homebred stallion, Igor, bested a field of 16 competitors to win the third $100,000 InIt2WinIt Speed Jumping Series Qualifier, held at the American Royal in Kansas City, Missouri, USA. A clear round in a time of 61.999 seconds on the Phil Devita designed course secured the win for the pair, who also won the event in 2018.

Cudmore, who has been a fixture at the Burlington Capital International Omaha since its inception, is the daughter of Karen Cudmore, who took third place in the American Royal qualifier aboard Coneja and has now qualified two horses for the InIt2WinIt Speed Jumping Series Final in Omaha.

Designed to give riders from the Midwest more opportunities to compete at a higher level while staying in the region, the InIt2WinIt Speed Jumping Series is comprised of six 1.40-meter speed jumping events sanctioned by the United States Equestrian Federation (USEF).

The thrilling $100,000 InIt2Winit Championship will be held during the 2020 Burlington Capital International Omaha on Friday, April 10 at the CHI Health Center in Omaha, Nebraska, home of the highly acclaimed 2017 FEI World Cup™ Finals. 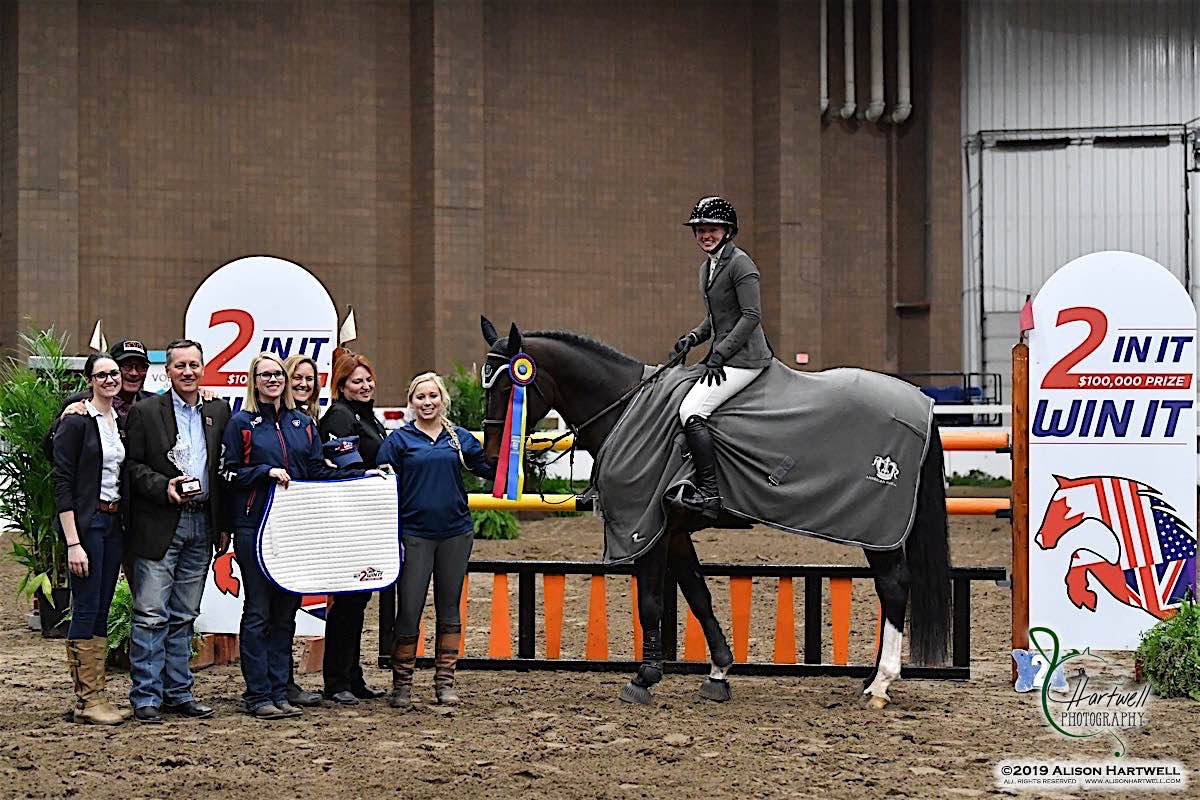 Qualified Finalists for the $100,000 InIt2WinIt Speed Jumping Series Final include:

About the Omaha Equestrian Foundation

The Omaha Equestrian Foundation (OEF), a 501(c) 3, that hosts and educates Midwest spectators about equine sport. Omaha Equestrian hosted the acclaimed 2017 FEI World Cup™ Finals in jumping and dressage and hosts the annual Burlington Capital International Omaha, a nationally sanctioned show jumping and dressage experience. Each year, International Omaha hosts students on free field trips to learn about animals, STEM and careers in the animal health industry; some 4,500 students attended in 2019.OEF created and oversees the InIt2WinIt Speed Jumping Series, which is designed to give riders from the Midwest more opportunities to compete at a higher level while staying in the region.