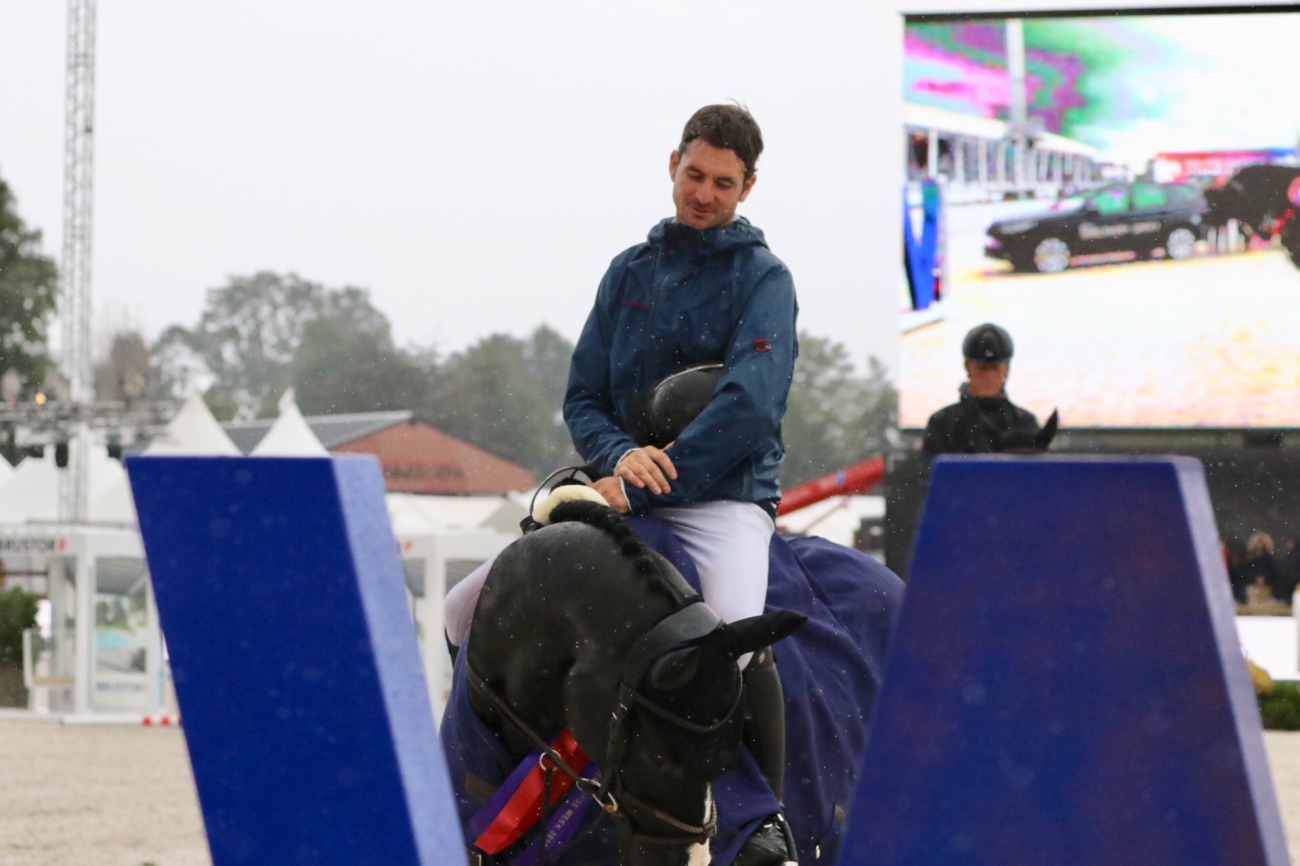 The riders got to jump a very difficult course: only seven combinations out of forty combinations managed to keep the zero on the score board in the initial round.

Yves Vanderhasselt (BEL) was the first rider to enter the ring for the jump-off. With Jeunesse (Eldorado Vd Zeshoek x Quasimodo Vd Molendreef) under the saddle, he jumped a clear round in 43.62 seconds. He would eventually be the best Belgian rider, finishing in the fourth place.

With this time he immediately set an example for the other riders: they knew what they had tot do, ride clear and ride faster. Gilles Thomas (BEL) was the second rider to enter for the jump-off. He and Konak (Nabab de Reve x Cash) jumped a fast round, but they got four penalty-points for jumping. This would result in a fifth place for this young Belgian combination.

Third rider to enter was James Wilson (GBR) aboard Imagine de Muze (Nabab de Reve x Chin Chin). He did manage to jump a faster round than Vanderhasselt but they got one four penalty-points for jumping as well. Max Kühner (AUT) was next to enter. With Elektric Blue P (Eldorado V.D. Zeshoek x For Pleasure) he immediately went fast as lightning. At the end of the course he did slow down a but he did manage to ride faster than Vanderhasselt, timed in 41.54 seconds..

After that it was up to the number one in the world: Steve Guerdat (SUI). He rode the 11-year-old Dutch Warmblood gelding Alamo (Ukato x Equador). He did what a number one is expected to do: he rode clear faster than Kühner and he did it by three seconds, crossing the finish line in 38.26 seconds. At that moment there were two riders would could still steal Guerdat’s victory: the Irishman Denis Lynch (IRL) and Jérôme Guery (BEL).

Denis Lynch (IRL) was the first rider. It immediately became clear that he really wanted to win. He jumped Ruben LS La Silla (Rebozo Ls La Silla x Cash) to a clear round, but in the end his time of 38.26 seconds wasn’t enough to take the victory home, but still good enough for second place. Then it was up to Jérôme Guery (BEL). He did everything in is power to give the crowd a Belgian crowd a home victory but he and Quel Homme de Hus (Quidam de Revel x Candillo) got one penalty for jumping and ended on seventh place.