Calgary, Alberta, Canada – September 07, 2019 – The $530,000 BMO Nations’ Cup CSIO 5* is one of the featured weekend events during the Spruce Meadows ‘Masters’ CSIO5* Tournament. This year ten nations were represented in the historic competition and looking to have their names added to the trophy.

The course consisted of 12 obstacles (15 jumping efforts) and 485m of track that riders had to navigate in 73 seconds or less. Riders who jump either round of the BMO Nations’ Cup with four faults or less would also qualify (if not already qualified)  for the CP ‘International’, presented by Rolex on Sunday. At the end of round one the top six teams returning for round two were , Mexico (15 faults), Sweden (12 faults), France (10 faults), Canada (9 faults), Ireland (8 faults) and Belgium (4 faults).

Team Belgium left nothing to chance. Carrying only four penalty-points through to the second round, Olivier Philippaerts (BEL), Pieter Clemens (BEL) and Francois Mathy Jr. (BEL) each delivered clear rounds in round two to secure gold for Belgium. This is Belgium’s first win of the BMO Nations’ Cup.

Ireland and Canada were neck and neck in faults for silver coming into round two with eight and nine faults respectively. Mario Deslauriers (CAN) led off round two for Team Canada and posted a clear round. Solid results from teammates Kara Chad (CAN), Erynn Ballard (CAN) and Eric Lamaze (CAN) helped to secure silver for the host nation. Ireland’s Daniel Coyle (IRL) and Capt. Brian Cournane (IRL) posted solid second round scores (1and 2faults respectively) but Dermott Lennon‘s 8 faults was not able to become the drop score with Conor Swail (IRL), faulting twice before retiring, knowing his score would be dropped. Ireland took the bronze. 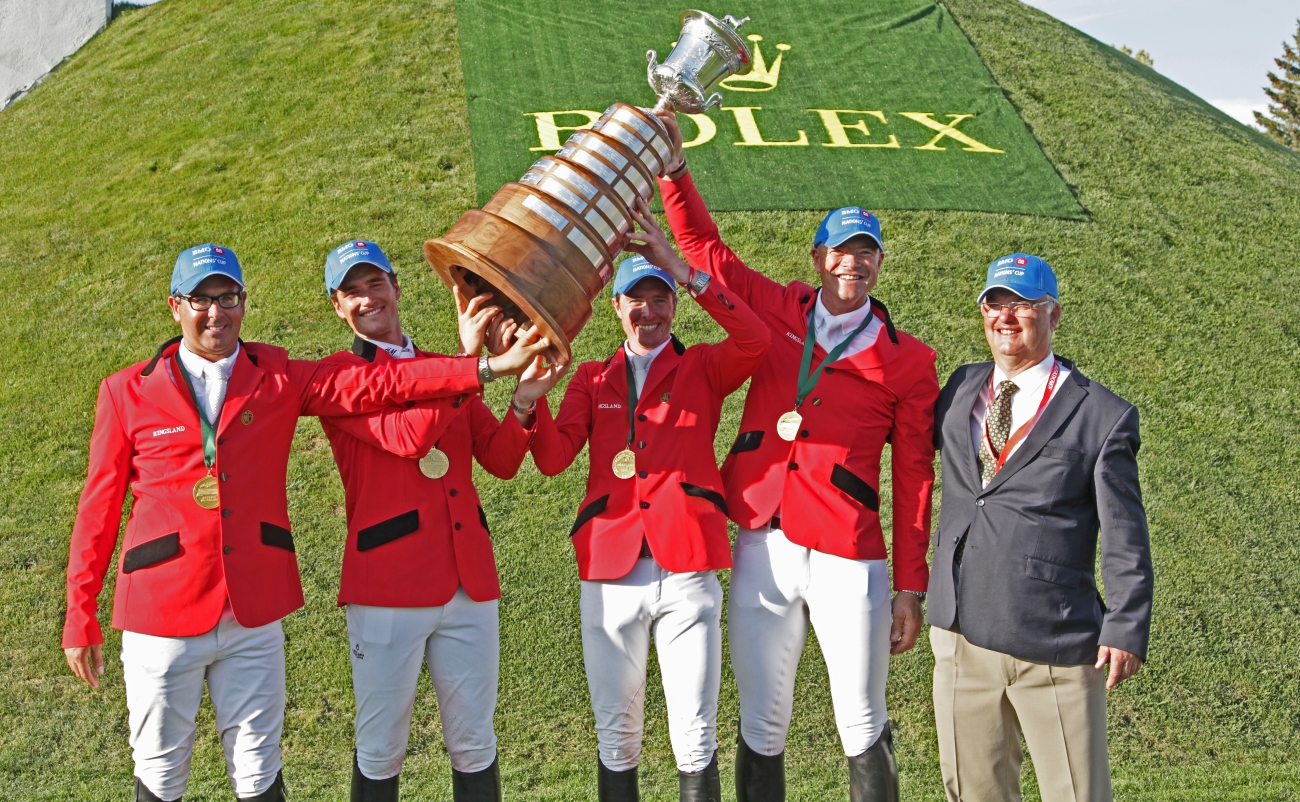 “We have very strong riders (for Belgium), in the second round they were absolutely brilliant in the end. They jumped clear and made my job easy” – Peter Weinberg (Chef d’Equipe for Team Belgium) on his team’s performance in the 2019 BMO Nations’ Cup.