Meise, Belgium – September 01, 2019 – For the third time in the history of the Brussels Stephex Masters, Belgium’s Niels Bruynseels (BEL) was unbeatable in the €500,000 Rolex Grand Prix CSI 5* presented by Audi. Bruynseels won the Grand Prix back in 2016 with Cas de Liberte, and again in 2017 with Gancia de Muze – his winning partner today too, as he soared to his third victory at Stephan Conter’s incredibly popular event hosted at his beautiful Stephex Stables Meise, Belgium. 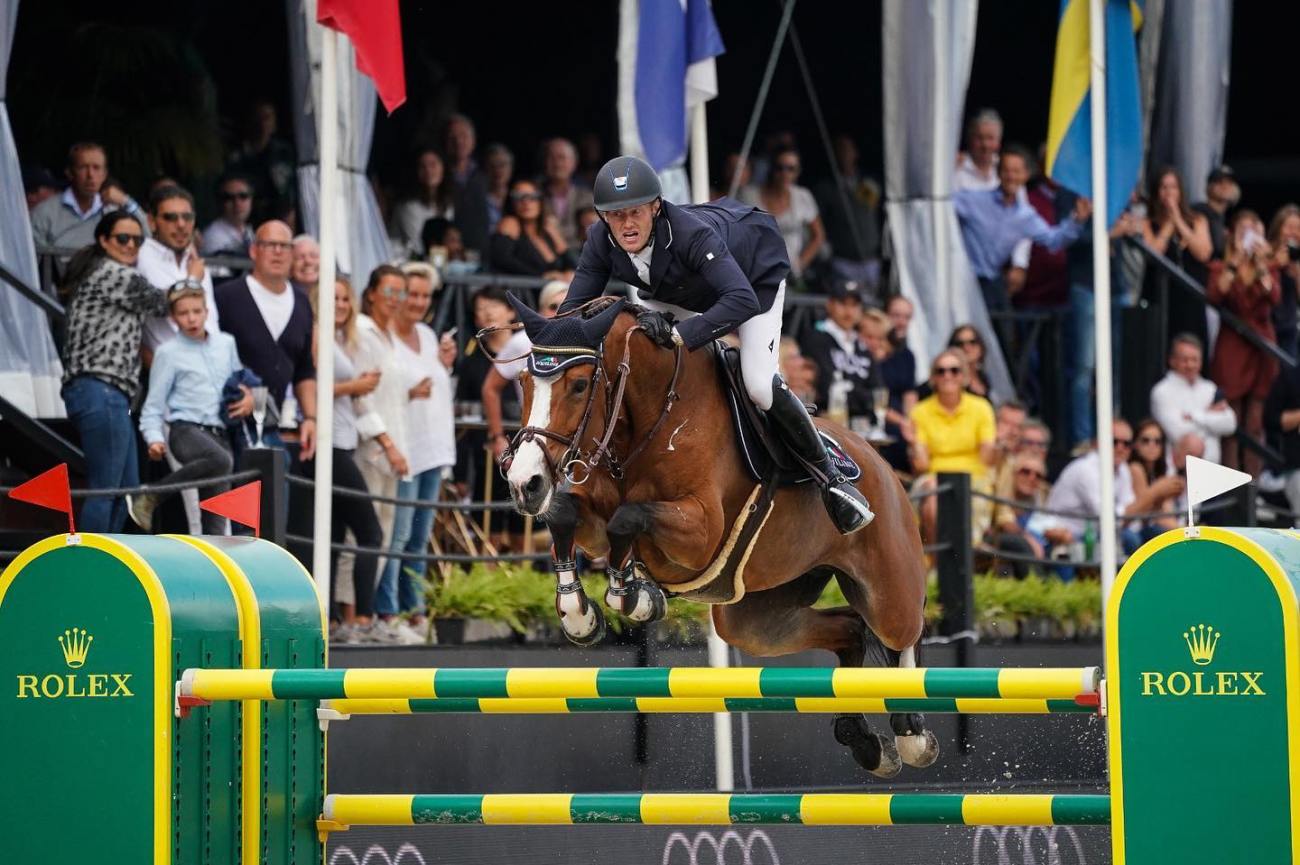 “I want to say so many things today, but I think I won’t have the time to thank everyone,” Bruynseels beamed after his win. “Winning is always nice, winning a five-star Grand Prix is fantastic, and winning in Belgium for me as a Belgian rider is everything, especially winning at the show here in Brussels. I would like to thank Audi and Rolex for their support to these kinds of events. Of course, I also need to thank my horse Gancia. She was the one who wanted to win today, while I rode for the fifth place,” he laughed referring to his jump-off. 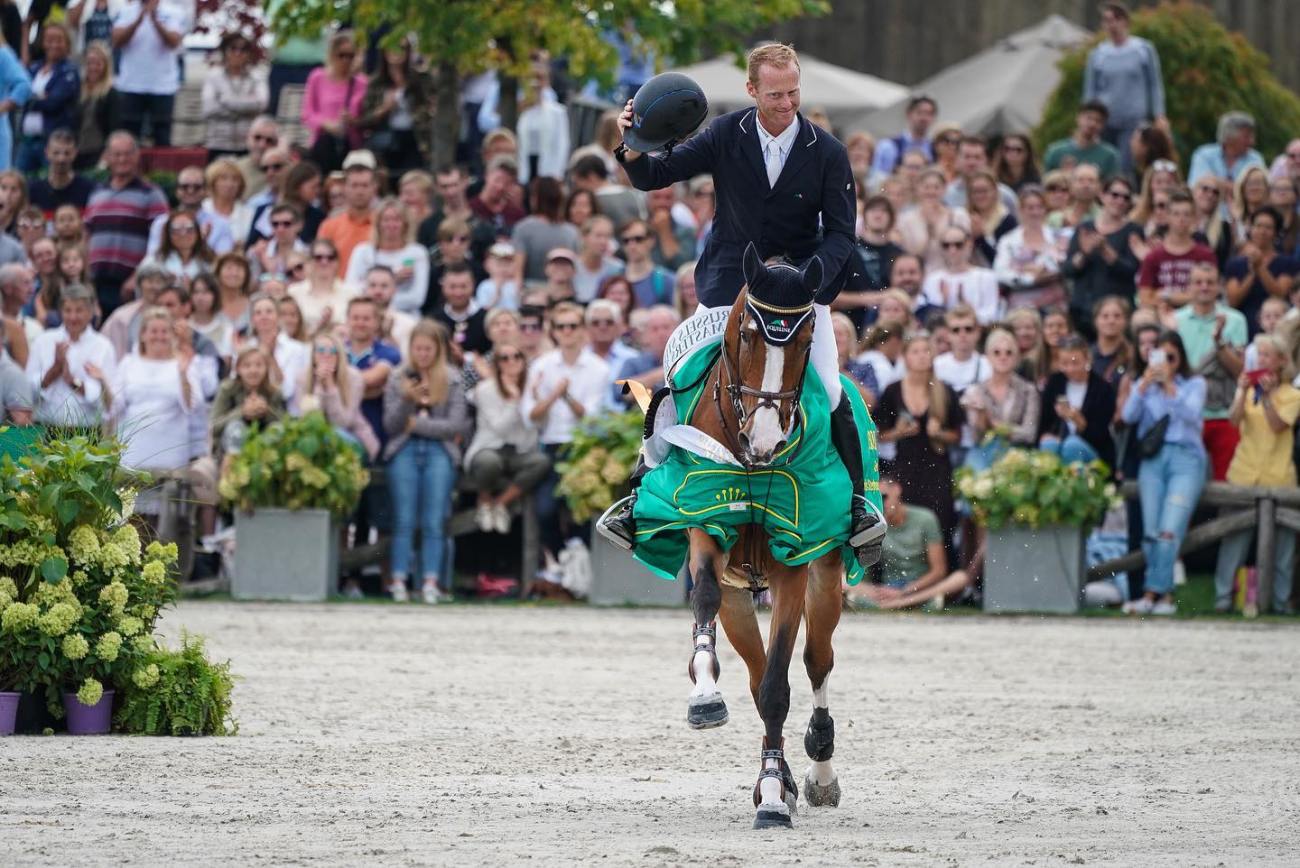 This was the 6th edition of the Brussels Stephex Masters, and it attracted public like never before. For Sunday’s Rolex Grand Prix presented by Audi, the show-ground was packed with spectators. They could all enjoy beautiful weather and hospitality alongside watching the world’s very best getting challenged over Uliano Vezzani’s tricky track,  set at 1.60m.

Ten of the 45 horse-and-rider combinations in the Grand Prix managed to answer all the questions asked by Uliano Vezzani (ITA), to move on to the jump-off. Against the clock, the riders were faced with a shortened track. However, it stretched out all over the huge sand-arena finishing with a roll-back to the Stephex upright and then a real race alongside the VIP up to the final Rolex oxer.

Maurice Tebbel (GER) was the first to deliver a clear round against the clock, stopping the timers at 43.86 seconds with Don Diarado (Diarado x Lord Lancer). One rider later, Pan Am Games gold medallist Marlon Módolo Zanotelli (BRA) pushed the time down to 43.15 seconds on VDL Edgar M (Arezzo VDL x Marlon) to take over the lead.

Next in the ring, Denis Lynch (IRL) and his relatively new ride GC Chopin’s Bushi (Contendro II x Nairobi) slotted in behind Zanotelli and Tebbel with a clear round in 43.90, but all of them would soon be passed by former world no. one Harrie Smolders (NED).

The Dutch rider took advantage of his stallion Don VHP Z N.O.P.’s (Diamant de Semilly x Voltaire) huge stride, managing to bring the time down to 42.61 seconds and going into the lead.

Smolders’ pole position was not long-lived however, because as the last duo to go, Bruynseels and Gancia de Muze. Hungry for a third victory on home soil at one of his favourite events, Bruynseels wasted no time on his little, lightning-fast 13-year-old Belgian Warmblood mare (Malito de Reve x Nimmerdor) and tightening the turn as much as he could to the penultimate upright he was breathing Smolders in the neck. Flying down the last stretch, the cheers from the home crowds became louder and louder – and clearing the final Rolex oxer the audience exploded at Stephex Stables. The clocks showed 42.33 seconds and Bruynseels had beaten them all again, taking his third Grand Prix title at the event – leaving the show in a brand-new Audi A7.

“We were very close today,” Smolders commented on finishing in runner-up position. “Don is not the fastest, but today he really gave everything. We really wanted to win this one, we don’t have a Rolex Grand Prix on our list yet. But with Gancia, if she comes as last, it is really hard. Niels took his chances and we were at the end very, very close.”

“I want to compliment the Stephex Group for putting down such a show,” Smolders continued. “I think it is unbelievable what we see here. The amount of people, the atmosphere, the sponsors, the facilities. You name it, Stephan’s got it!”

Winning an Audi Q3 as runner-up in the Grand Prix, and a STX 2 Horse Truck as leading five-star rider – Smolders concluded: “I need more drivers!” 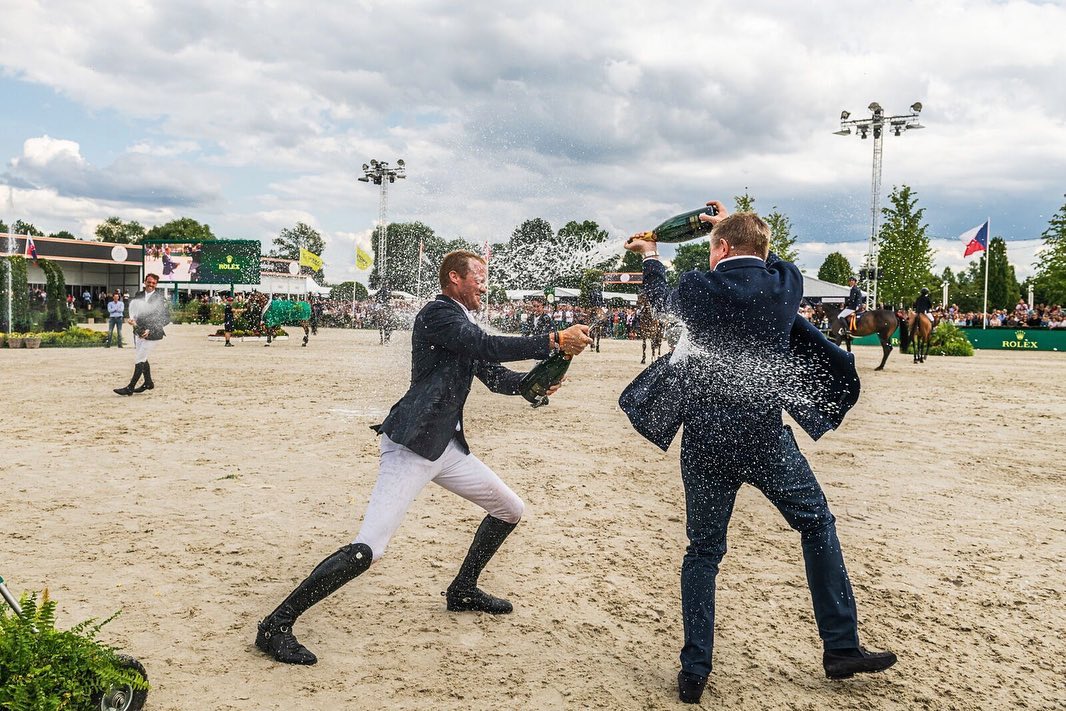 The host himself, Stephan Conter, already looks forward to the 7th edition of the show in 2020 and promised the seemingly impossible: To make his event “even better”. A proud Conter, who yet again seemed to break all spectator-records at the Brussels Stephex Masters said: “To have all these people here and all the best riders coming to my show, to be able to say that I can welcome them to compete in my garden – that is fantastic. I can’t do this alone though. I have huge help from Rolex and Audi, they have been with us for years. I also cannot organise all this without all the top guys around me: Ellen, Tom, Noemi, Ken – without you it is impossible to create such a show. Thank you to everyone and thank you to the audience that came this weekend!”