Knokke Heist, Belgium – July 13, 2019 – Knokke Hippique 2019 has reached its fourth and last week of competition, and on Saturday evening it was time for the €50,650  Top Series Grand Prix CSI 3* presented by Audi Coast Motors Knokke.

The 1.55m track in the Zoute Plage was set by Gérard Lachat (SUI) – one of the best course designers in the world. Counting thirteen fences, including a triple combination as well as a double of uprights, the track was of the challenging kind. Only six horse-and-rider combinations out of the 58 in the competition managed to answer all the questions asked, earning themselves a place in the jump-off. “The line to the double of verticals was difficult,” Henk van de Pol (NED) explained after the class. “In the beginning a lot of the riders did five strides, but it turned out six was the better option. It was also a big course, much bigger than the Grand Prix last week.”

It was another beautiful summer evening in Knokke, and as the sun set on the Belgian coastal town the floodlights came on in the Zoute Plage – and the excitement was building up for the jump-off. 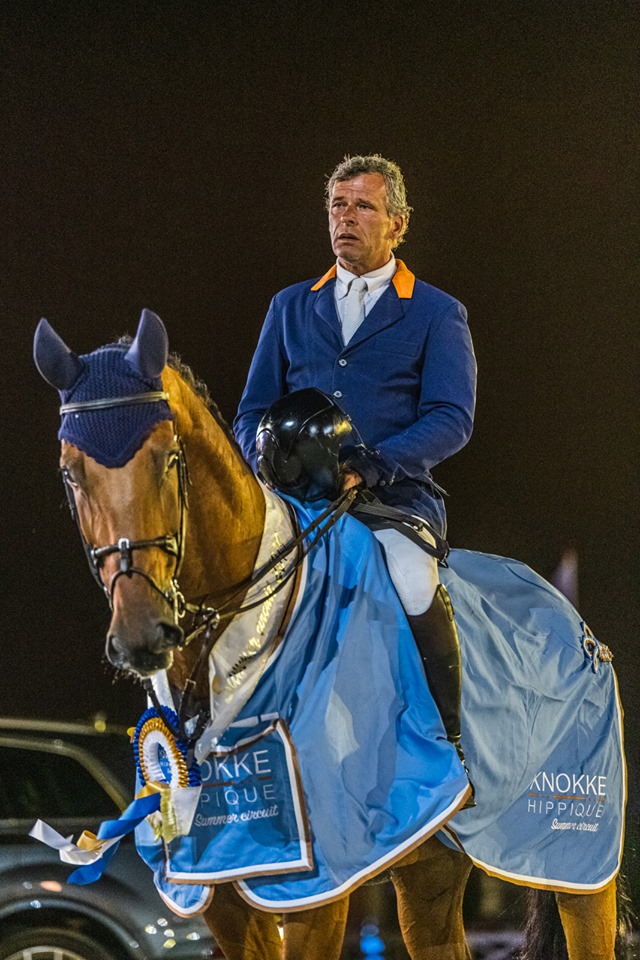 The first clear against the clock came from pathfinder Henk van de Pol (NED) and his 9-year-old gelding Looyman Z (Numero Uno x Wellington), who laid down a time of 38.10 seconds – putting some real pressure on those to come. One rider later, Stephex Stables’ own Lorenzo de Luca (ITA) and Dinky Toy vd Kranenburg (Ugano Sitte x Kimball) set the second clear of the jump-off but were behind on the clock with their 42.08 seconds.

As last to go, the host nation had one shot at winning and it was all in the hands of Jos Verlooy (BEL) and Igor (Emerald Van’T Ruytershof x Nabab de Reve). Although giving it a good shot, the Belgian couple was not fast enough tonight – pushing into third between Charles and Hinners.

“I was first to go, and then it’s to try to go fast enough to make it difficult for the rest,” the Dutch winner commented after the Grand Prix. “Looyman Z is a very fast horse, so the jump-off is easier than the first round. I think this was our best victory so far this year, he is ready now to do the three- and four-stars.”

Dominique Hendrickx still sits first on the standings for the Top Series Leading Rider Award. The best Top Series rider after four weeks of competition at Knokke Hippique will be crowned tomorrow, and wins a STX 2 Horse Truck for one year.