Guilherme Jorge (BRA) built a track for 48 starters and welcomed six through to the jump-off. Keenan qualified two mounts and returned first and last over the short course. She set an early pace with a clear trip in 39.649 seconds riding Chaccolette for owner Chansonette Farm, LLC. She was sitting second when she re-entered the ring aboard Fasther and the gelding lived up to his namesake by stopping the clock at 36.688 seconds for the win.

Diego Perez Bilboa (ESP) took fourth riding Orso del Terriccio in 39.649 seconds for owner Victoria Vargas d’Agostino. Kent Farrington (USA) rounded out the top five aboard Kaprice, a horse he owns together with Tanma Corp., on a time of 46.954 seconds.

Keenan, who trains under the direction of two-time U.S. Olympic team gold medalist McLain Ward, added Fasther to her string at the beginning of 2019. The nine-year-old Dutch Warmblood gelding (Vigo d’Arsouilles x Farmer) was found for Keenan by François Mathy (BEL) and had previously been competing under the direction of Dutch rider Bas Moerings.

“I have to give him a lot of credit because he developed this horse from his very first show all the way up the FEI level and jumped a four-star grand prix with him as an eight-year old,” said Keenan. “He believed in the horse and taught him how to win. A lot of today goes to the way that he brought the horse up and I’m very thankful for that. Fasther is obviously fast and so careful. I’d say he’s probably the most talented horse I’ve ever ridden. 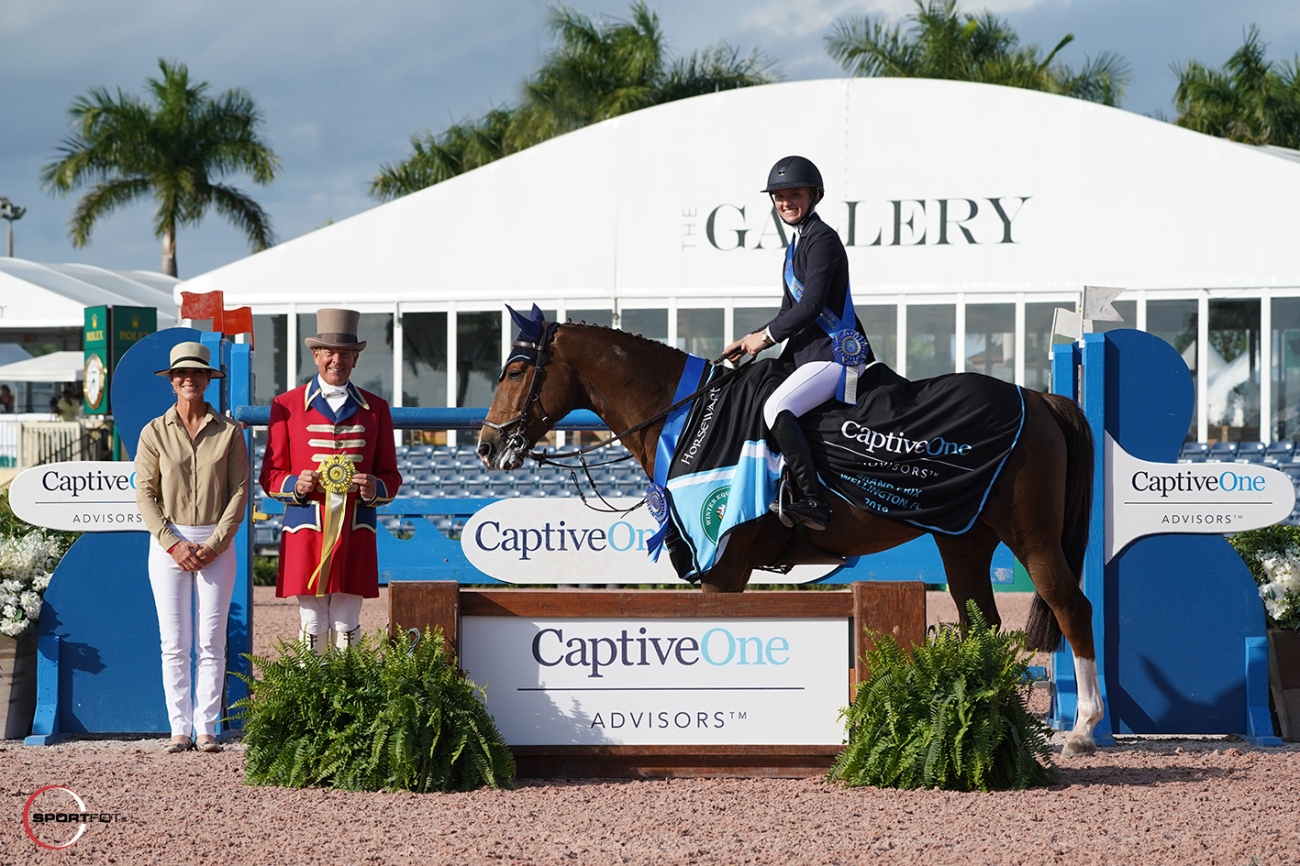 After moving to train with Ward in the fall of 2018, Keenan has reorganized her program and is now finding her stride with a new team.

“This is the moment we have all been waiting for; for me to pull it together,” said Keenan, who is a senior at Harvard University studying History of Science. “I’m ridiculously lucky with the people that I have. Obviously McLain, he believes in me, which is more than you could ever ask of any coach. That support really transfers a team. Craig Pollard literally does everything for me and takes care of managing all of my life with horses. Then there’s my parents, who obviously support me in doing this.”

Keenan ended the WEF season on the highest of notes after what she considered a transitional season and will now focus on finishing school in Cambridge, Massachussets.

“Everything has fallen into place and it’s a nice feeling going into the rest of the year,” she said. “I think I have a very special horse in Fasther and I’m looking forward to the future with him. Hopefully this is the first of many wins for him.”