Stuttgart, Germany – November 18, 2018 – It was an exciting and fitting conclusion to the 34th International Stuttgart German Masters Horse Show: in front of 6,500 enthusiastic spectators in the Hanns-Martin-Schleyer-Halle, Pieter Devos (BEL) became the first Belgian to win the €180,000 Grand Prix of Stuttgart CSI 5*-W, sponsored by Mercedes-Benz, Walter Solar and BW-BANK, riding the 13-year-old chestnut Dutch Warmblood gelding Apart (Larino x Burggraaf) to victory in the jump-off.

His day’s work earned him a Mercedes-Benz GLE 350d 4MATIC worth approximately 80,000 euro plus valuable qualifying points for the final of the Longines FEI Jumping World Cup™ 2018/2019 in Gothenburg in April. Devos received 20 points for the Western European League ranking and is now second (39 points) behind Steve Guerdat (41) after the stopovers in Oslo, Helsinki, Verona, Lyon and Stuttgart. 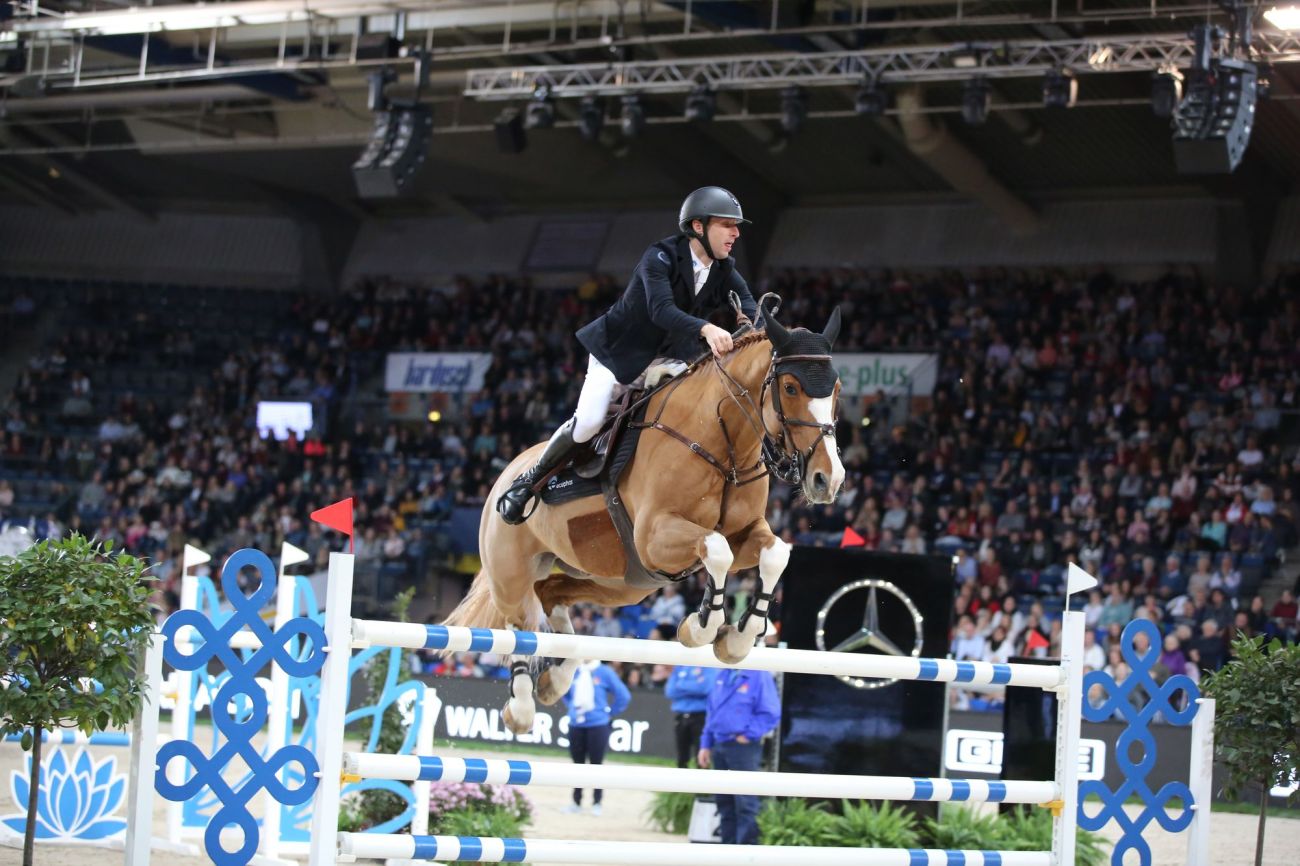 Ten riders initially posted a clear round to book a ticket for the jump-off but then only three remained faultless once again. The quickest was Pieter Devos (BEL) when stopping the clock in 49.05 seconds to leave him more than seven seconds to the good on Max Kühner (AUT). The Munich-born rider was in the saddle on PSG Final, an only eight-year old gelding (0/56.62). Third was Christian Ahlmann (GER) on the 11-year old gelding Tokyo (0/57.68) – the German had previously won the closing class in Stuttgart in both 2015 and 2016. 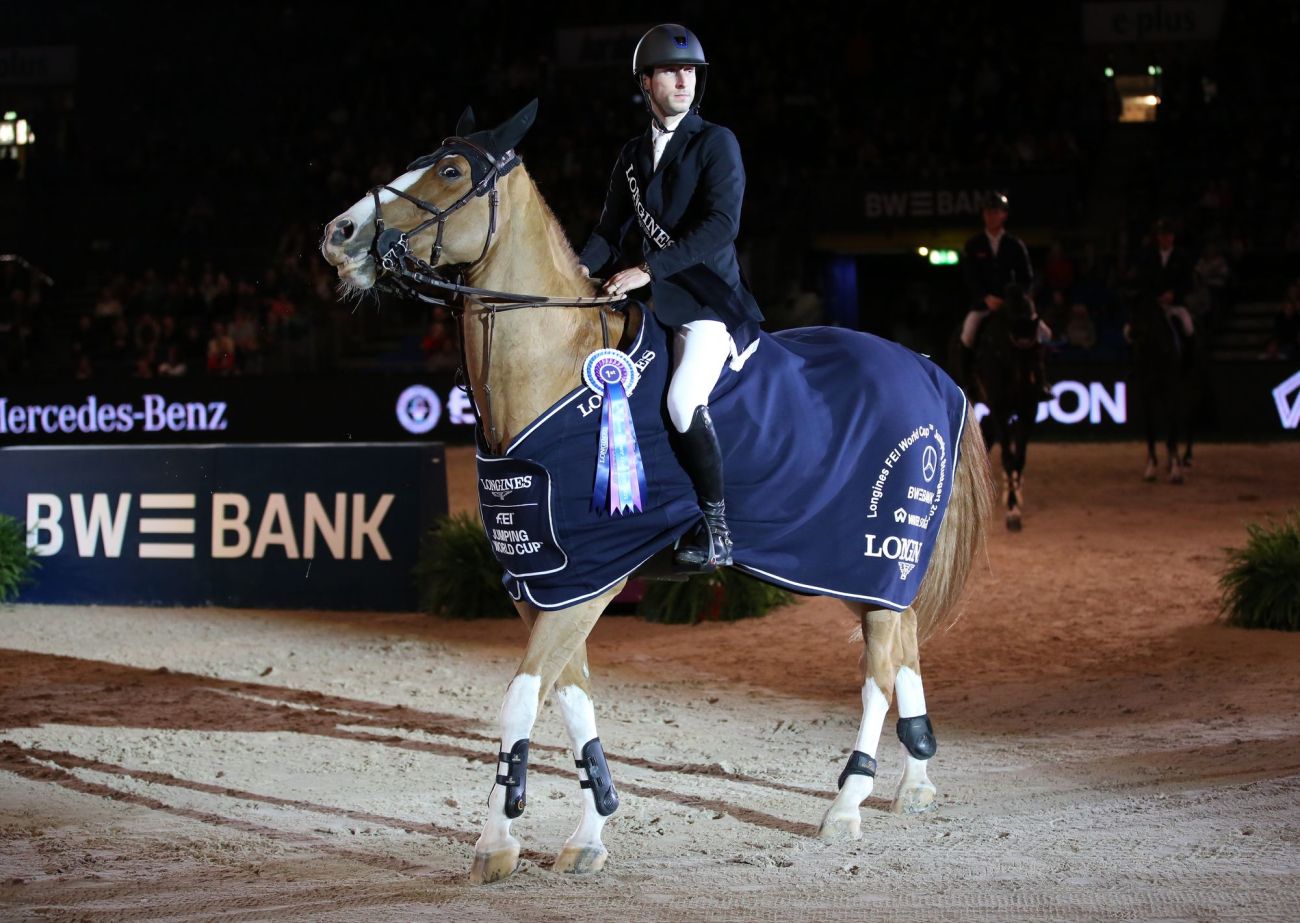 “I’m so happy with my performances on my horses in this fantastic arena with wonderful courses,” said the overjoyed winner. “Now we can add a World Cup win to Apart’s accolades. My aim now is the World Cup final.”

Second-placed Max Kühner (AUT) explained: “My horse Final really is a quite special with a fantastic body control. It was his first World Cup class and only his second indoor horse show.” Christian Ahlmann (GER) praised his “fantastic horse that has only been jumping competitively for the last three years and is still very inexperienced.”

Course designer Christa Jung summed up by saying: “I’m delighted with the result. After the second rider I had to reduce the time limit to 69 seconds. Though it was tough, it was very doable for the many good riders and their excellent horses.” 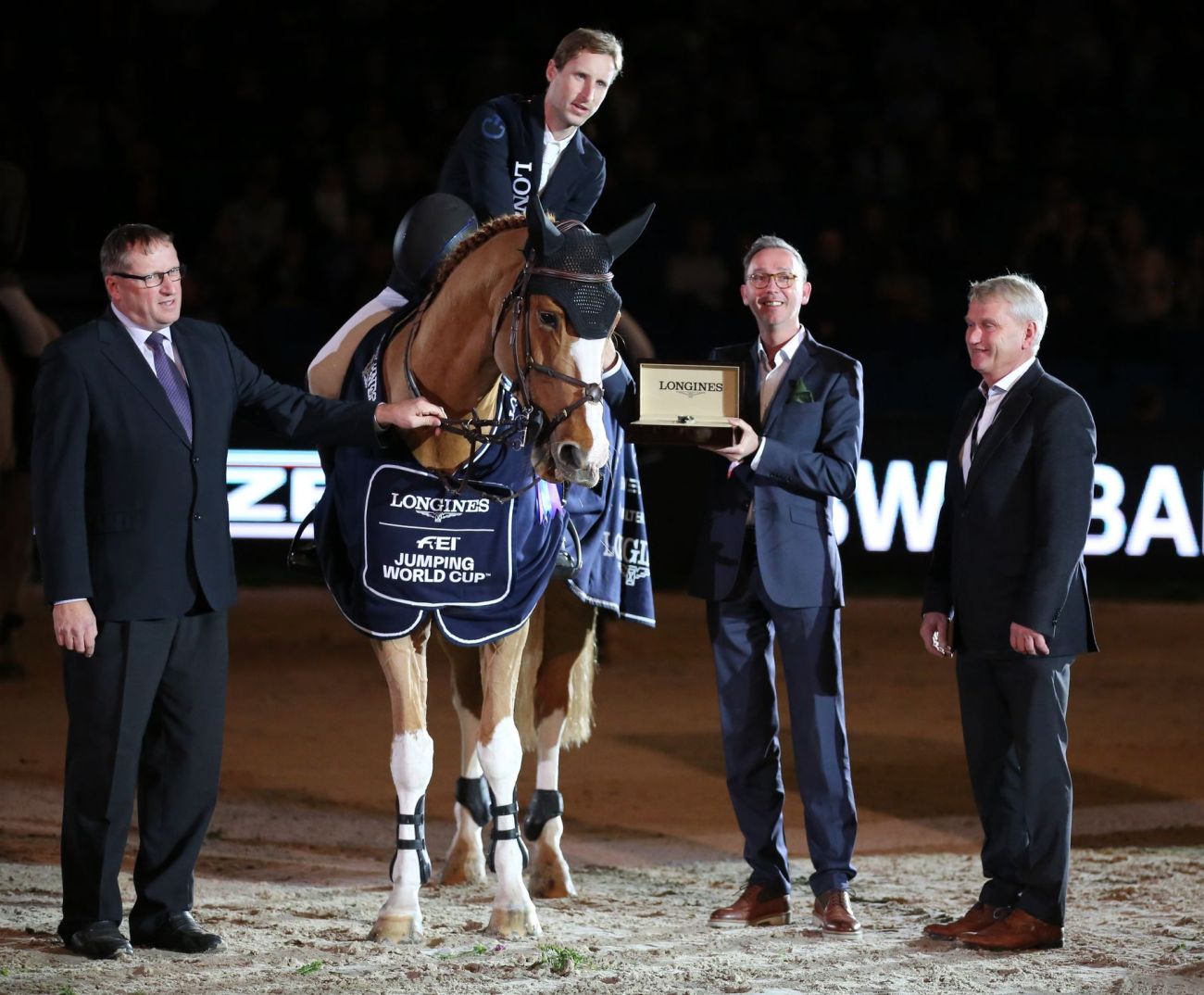