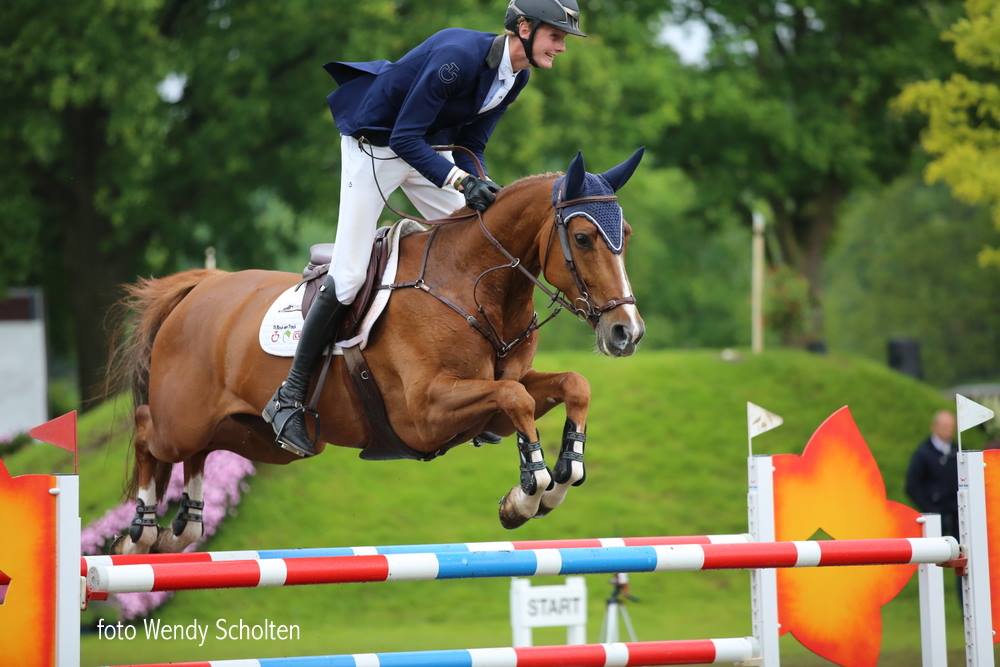 The Dutchman and the 9-year-old chestnut Holsteiner mare (Casall x Colman) overcame 9 other combinations in the jump-off by registering their second penalty-free performance, crossing the finish line in 41.71 seconds during the tiebreaker.

Kevin Jochems (NED) & Captain Cooper (Namelus Rx Corland) came close to winning the title, being nipped at the finish line by only six-hundredths of a second.